As usual: please help test this so we can collect and fix blocker bugs for the next stable release. 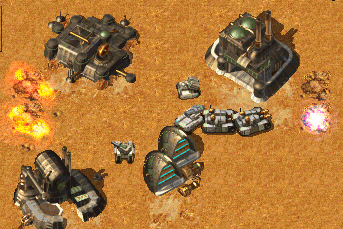 Port ALL the games! :D

I suggest Moddb.com as a free Generals replacement once they release something.

Still, it would be great to see someone to make Generals open sourced because of all that SAGE limitations and ****...

Anyway, the engine looks more and more amazing ! I can't wait for this project to be finally done :D
I hope they will include some new stuff for Dune2000 too in the end like new units (more stealth for ordos) or some kind of way to make units (fremen only maybe) ride or control a sandworm temporarily like in Emperor =D though in emperor it was really useless, the worm was too hard to control and was too easy to kill.