This update shows renders of some pistols and the uniforms of German sentries and stormtroopers.

Here again with another update. This is a typical render update but one of our larger ones. Next update, I'll start giving more information on how we're doing in other departments such as coding, sounds, and animation. Also, we'll be showing a bunch of in-game screenshots and possibly videos, since, thanks to DanyEle, both factions are now "playable," but far from finished. For now, enjoy some new models.

In earlier previews and updates, we showed two revolvers, one French and one German. For those who missed them; 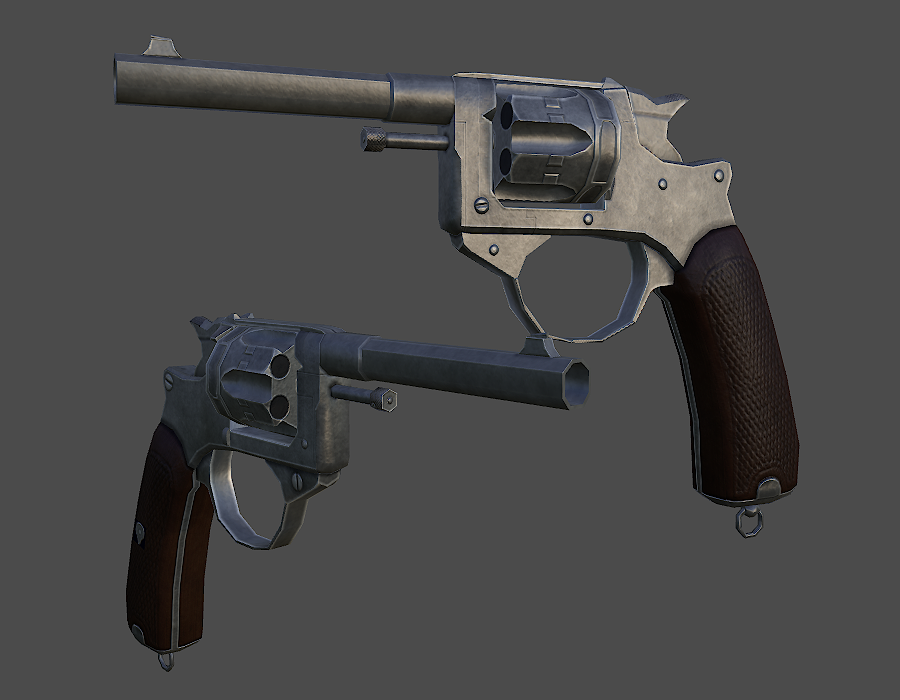 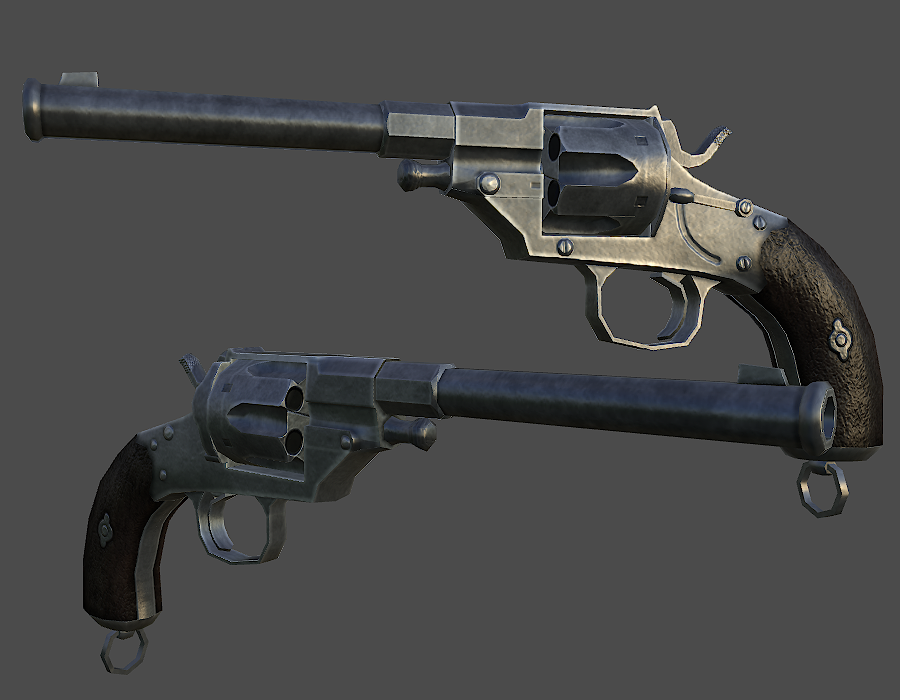 These revolvers might be outdated by WWI, but they're far from useless and will be an option for those who value power and/or prefer old fashioned firearms. For those who want to be armed with the latest, we have semi-autos! Here's a Ruby pistol, which were very widely used by French officers. 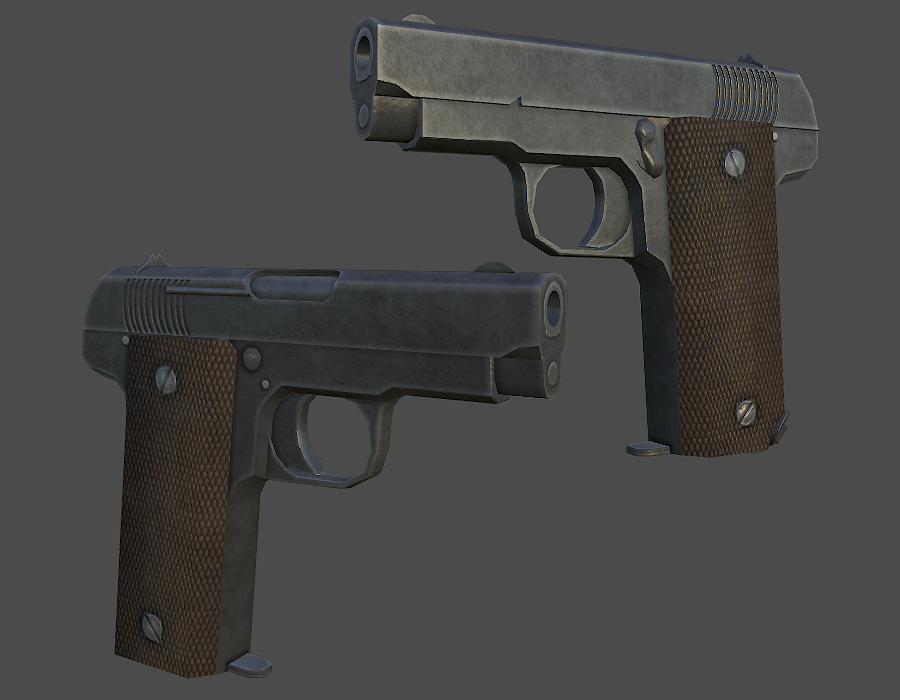 You guys are probably all waiting for the Luger but unfortunately, it's a lot more complex than these and will require some more time. You'll see them next update if things go well.

Now onto some more German uniforms. It's probably getting a bit tiresome to see German uniforms over and over again, but I think you guys will enjoy these.
Here is the uniform of Sentry wearing a Grabenpanzer. Unlike most body armor experiments by other countries, this one was quite successful and used in large numbers. It may give you descent protection from rifles at a distance and pistols but rifle bullets at close range will punch straight through it. Obviously, the disadvantage of wearing one of these is that it severely restricted your speed and movement so it was only worn by sentries, machine gunners and other soldiers in exposed positions. 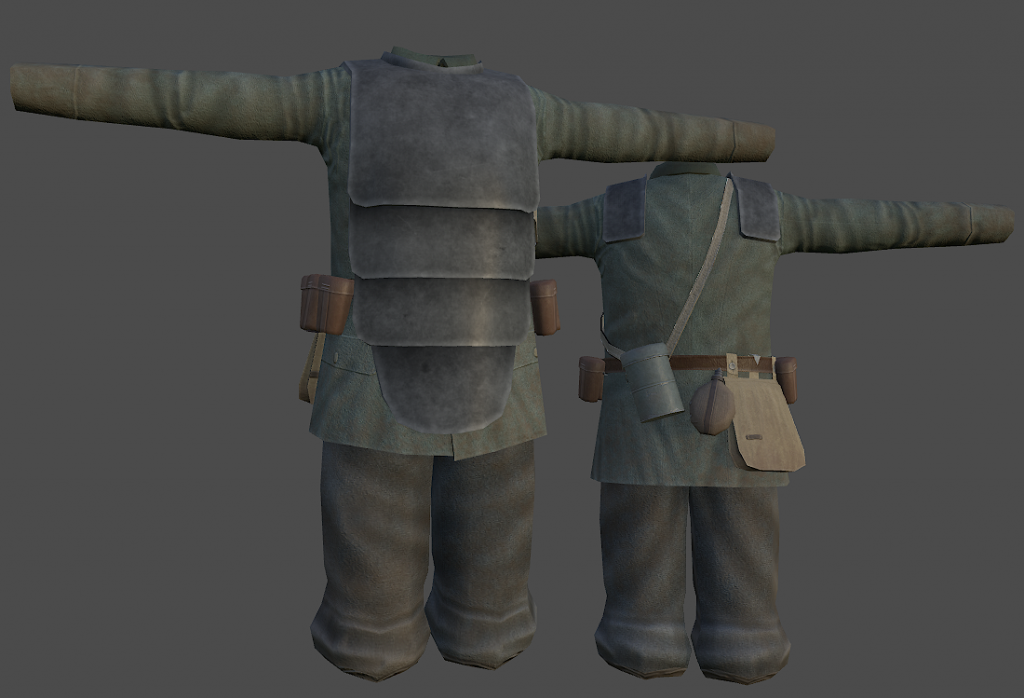 Finally, some uniforms of the elite Stormtroopers. They have grenade sacks, cloth bandoliers, and to top it off, leather reinforced trousers. 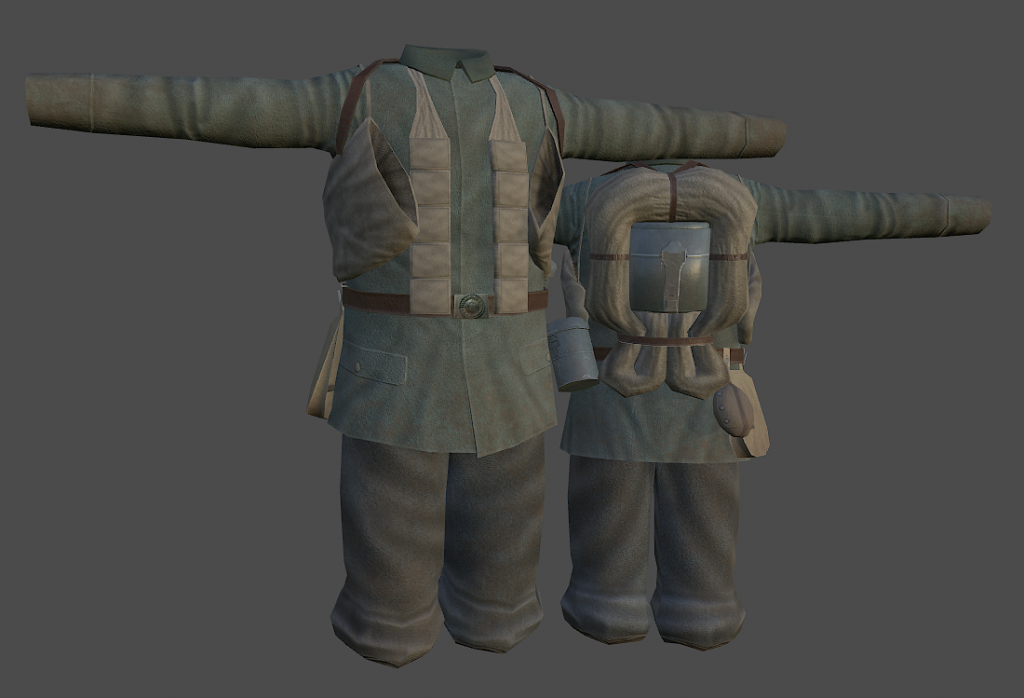 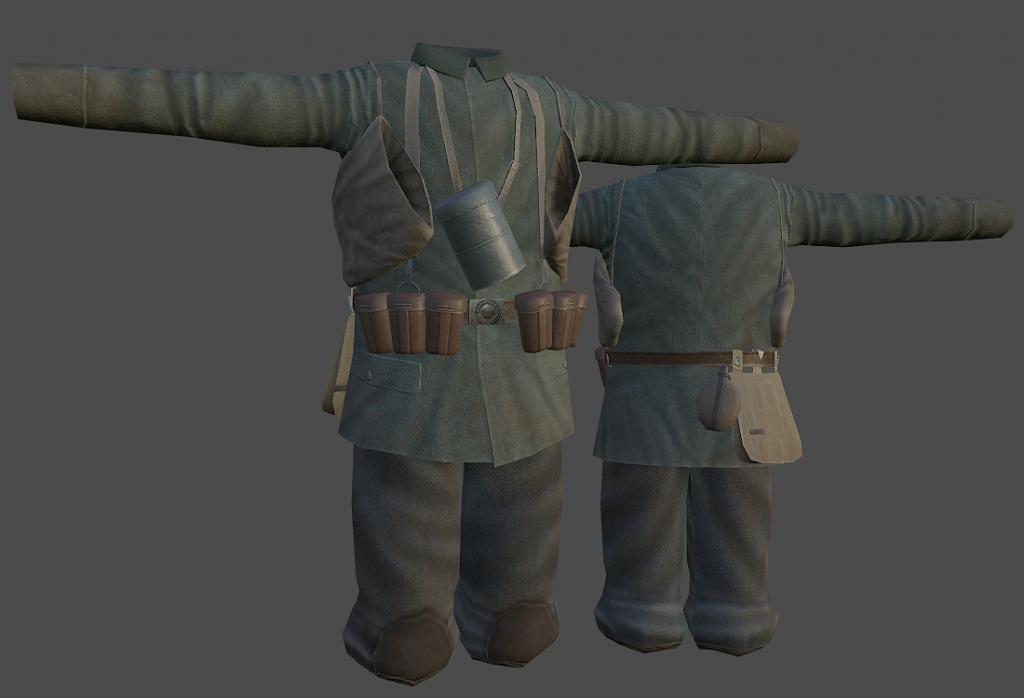 As I said earlier, next update is when we're going to start showing more in-game stuff. DanyEle joining the team as a coder has really sped up the process. At this point, most of our items are in-game but there are still minor tweaks to be made. Of course, we'd also like to show off the new scripts that have been added to bring the WWI experience to life. See you guys soon!

i'm now interested in how the heavy grabenpanzer will be incorporated into gameplay.
thanks for another great update!