This week we've worked on the backbones of a few important core features, such as a proper ally system, a genome forcing system and some more lighting setup technology. Although these advance Pine's gameplay content vastly, we wanna show some visual work in the blog this week.

Our plains areas are updated with a few new types of vegetation, which give some color to the green grass (WIP). 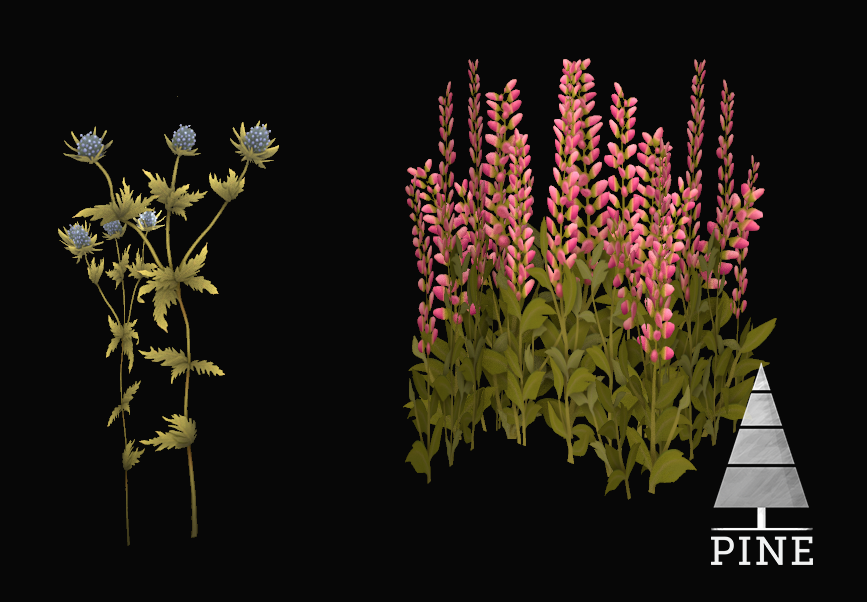 Exclusively for the IndieDB readers, here's a look at this new meadow vegetation ingame, during a fight between Cariblins and Krockers: 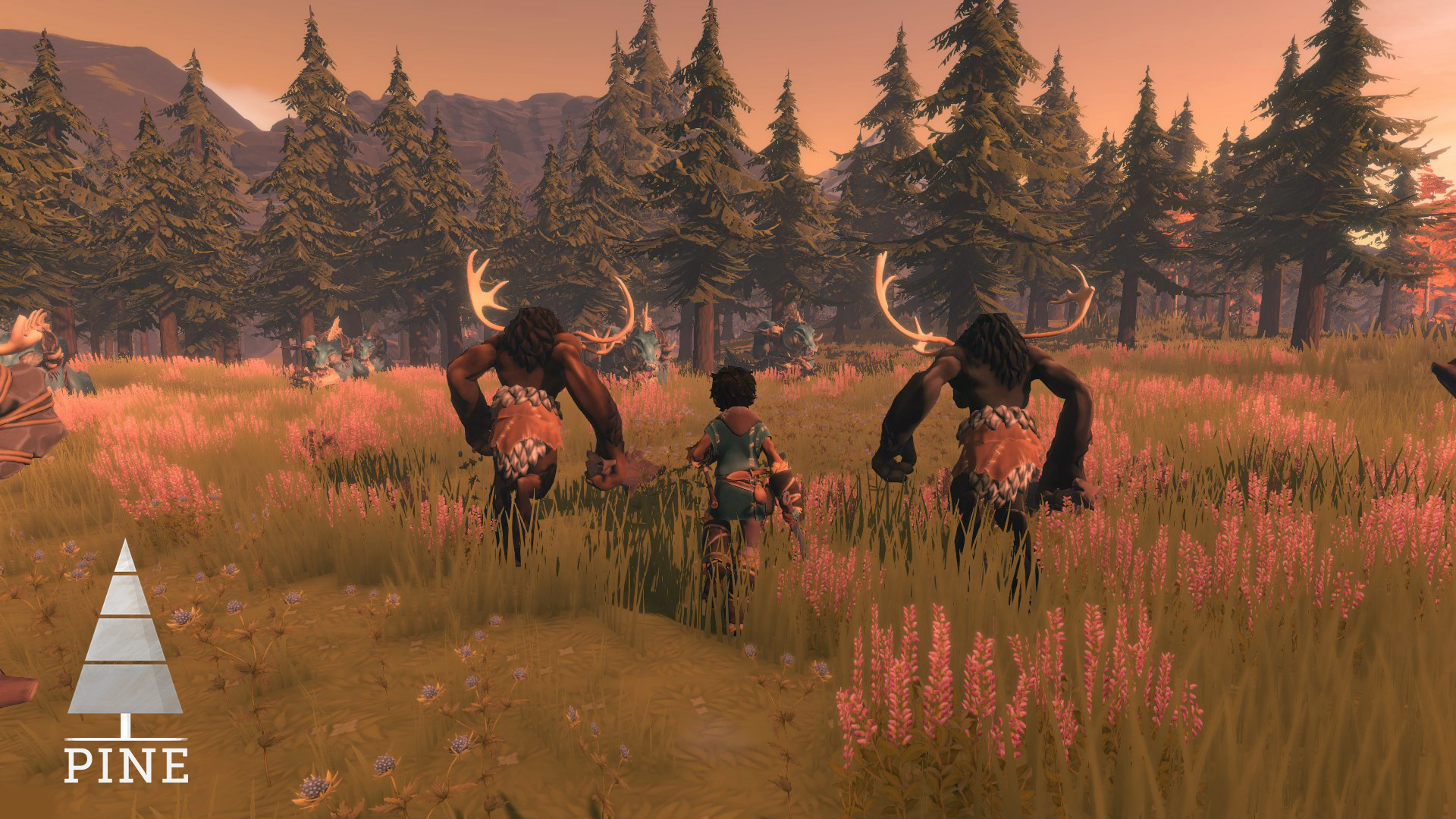 We're experimenting with combining the new jump with an attack, which started with a basic sword jump attack. Look out for this in the new trailer!

Furthermore, as promised, we want to share a few new outfit sculpts we've been playing around with. 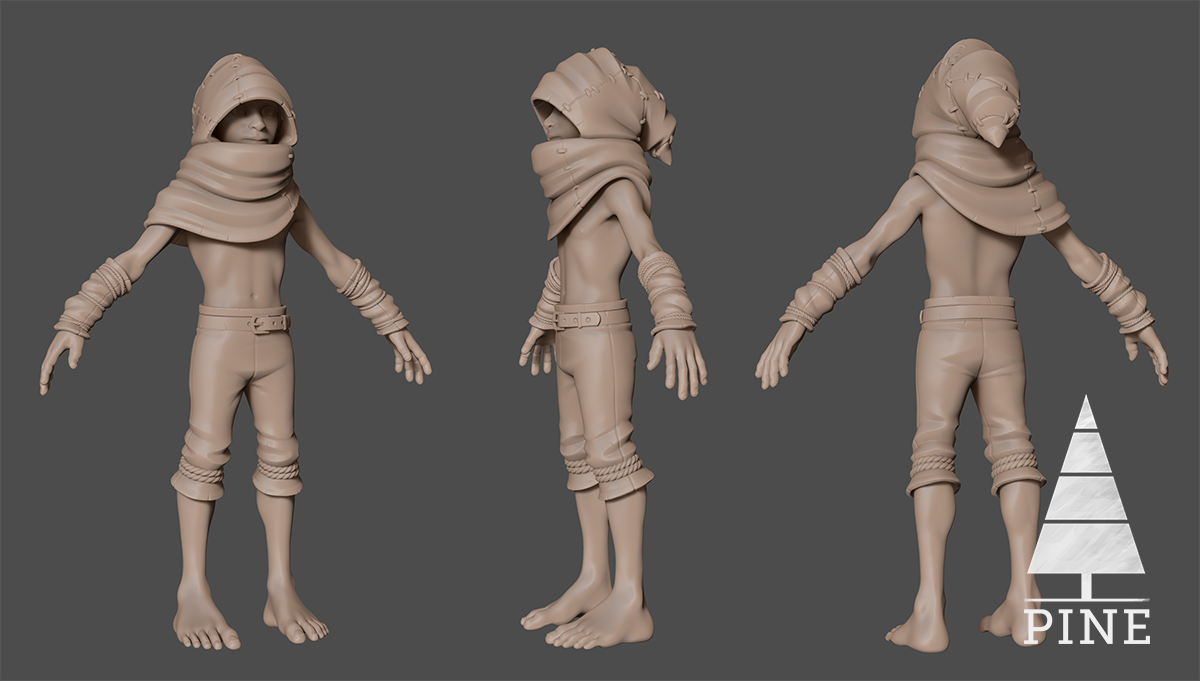 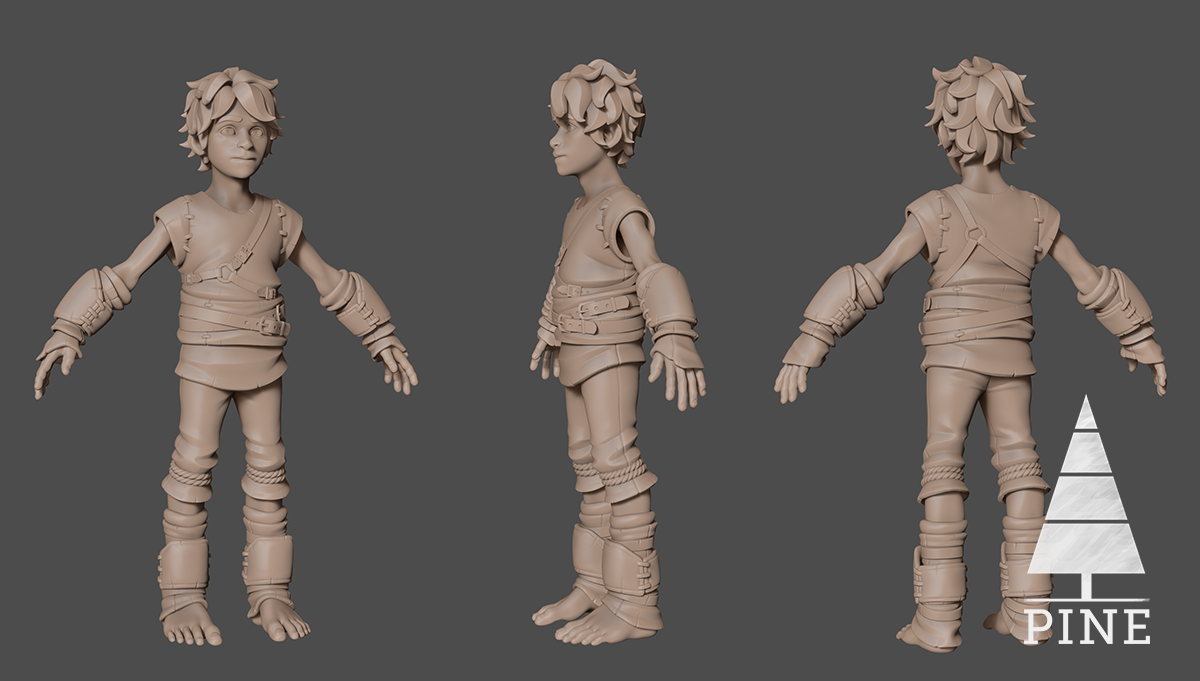 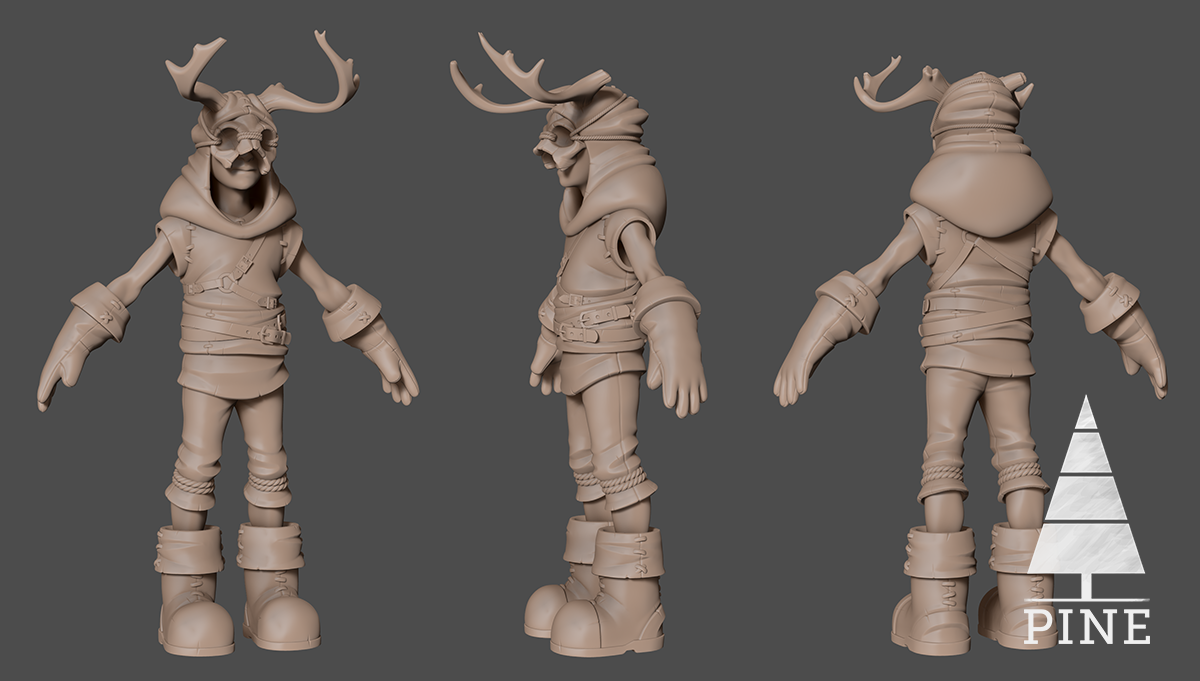 It's also been cool to see the Krocker in action in-engine, with textures and all animations enabled. Combat will require quite a bit more tweaking, but it's fun to play around with and they work well in combination with other species.

can't wait for this. i backed the kickstarter. this is easily one of the most anticipated games for me.