The shuttle you were supposed to catch left you behind, stranded in Mars City. Your mission is to locate the missing agent Samuel Calloway. One way or the other. As you make your way through the base, you slowly start to remember things from your past.

Episode 2 is finally here. We are really proud of what we have accomplished so far and we think that Episode 2 is better than its predecessor in all meaningful ways and measures. The second episode features 6 levels of varying sizes and way more combat than the first. The levels contain more puzzles and are - at times - harder to navigate. It has been a treat to develop the second episode of Doom 3 Phobos and we hope you will have as much fun playing it as we had building it. 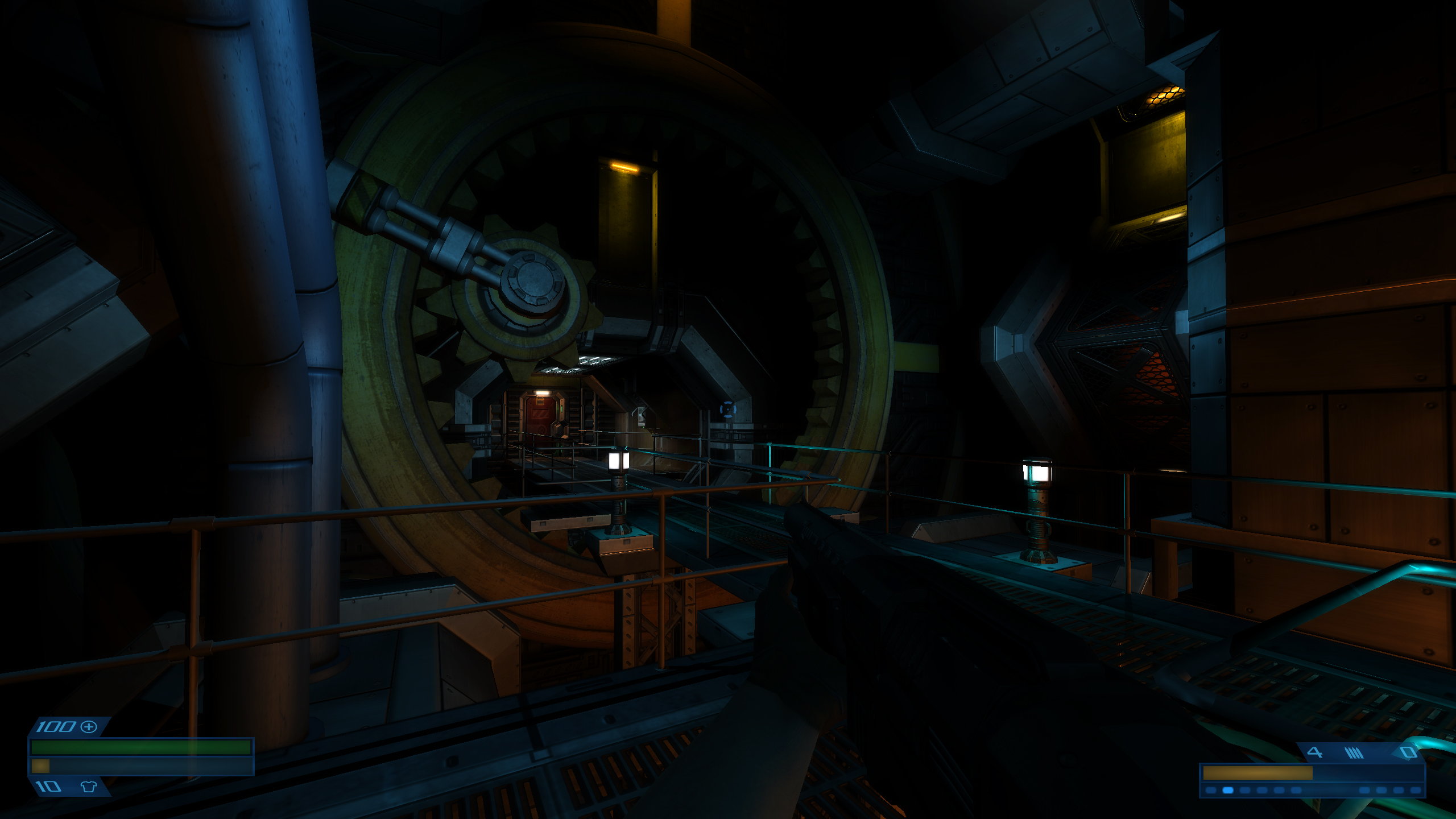 As work on Episode 2 became more and more test heavy, Episode 3 slowly became our new focus. When we released the first episode, we did not start from scratch on the second and the same applies for the third. We already have a really good foundation to work on, but it is really difficult to say anything of value about its release date. We will be doing our best to optimize the development time and complete it sooner rather than later, but there are no guarantees. Especially in the world of hobby projects.

Installation
Unpak the folder named ‘tfphobos’ into the root of your Doom 3 installation folder. If you have Episode 1 installed make sure to overwrite all files. Do not rename the folder.

Read the included readme.txt for further installation instructions and solutions to known issues.

Hope you enjoy Episode 2. And as always, let us know if you experience any bugs.

We could really use some help spreading the word. So please share our mod wherever you can and please leave a review here on moddb. Thanks!

Take care out there!

Glad to see your project released, had good time with the first episode, can't wait to play second one.

this is excellent work!

Many people still uses localized versions of Doom3 and your item names in map files looks very strange.
I can say same about
Ammo clip, bullets, shells and other.
Use #str_ codes for standart ingame-items.

p.s.
I translate all the text of your mod into my own language, while I have to correct a lot of things in your text so that the text already in the game does not need to be corrected several times.
I also don’t understand why the names of some npc are hardcoded almost into dll files, and some are written in the map files.
I've already redrawn over 80 pictures with text and translated a bunch of text in gui files and on maps, but some things like episode titles, npc titles, etc. are hidden in places where they cannot be translated. This spoils the impression of my translation)

And yes, you mod is very interesting to play.
Episode 2 is as good as Episode 1

I have Doom 3 BFG edition on Steam. I also have the purchased CD edition from 2004 and also the RoE expansion pack, but not installed on steam. Do I have to install Doom 3 naked with RoE then add this mod?

Yes. As explained in the file info and Readme

It's strange to see how little known this mod is in the community... any DooM 3 gamer will find it amazing!

Yeah, I wonder how can we get more visibility.

News remain on the home page of this website for very little time, in my opinion that's the point. There are many mods hosted and all receive the same attention and space.

how did i miss this coming out??

please release a mod where we can play doom 3 and roe with these gun mods and gloves with this nice animation?

Wow, this mod feels like a standalone AAA-game. Great work!