Tsardoms Total War teaser showing the Signori Romani or Roman Lords, one of the heaviest units in the Papal States roster

Orsini, Colonna, Caetani, Annibaldi, Savelli, Malatesta. They're 16 or 17 unic lords, coming from the Lazio but also from Pisa, Bologna, Siena, Peruggia, Benevento,the central Italia widely. The pope recruited them as he was the suzerain of most of them, but somes came from his panel of personal relations with guelf lords from the territories out his primary Potentia. This is true for sieneses and pisans who served the popes. 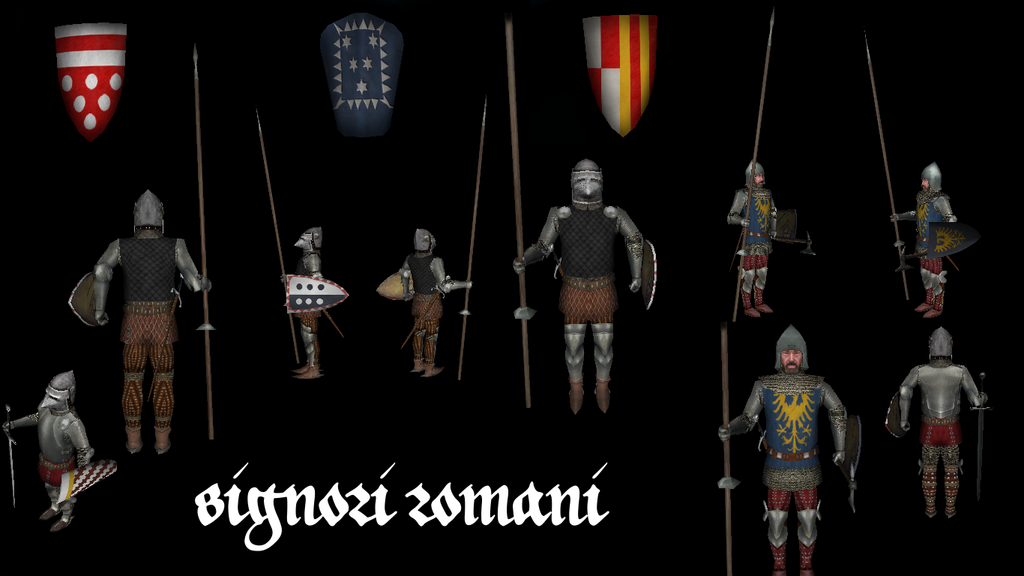 The units in this teaser look really good :)