Path to Victory is releasing the 0.0.6 version of this mod which includes many updates including the new turanic raiders faction.

It's just around the corner! Path to Victory Alpha 6 is just about released!

So, you're all giddy, have been following progress and really want to get in the action? Well, there's nothing more to stop you now! However I'd still like to say a few last things and show a few last images before you go off and enjoy the new toys.

Now I know no one ever believes me when I say this but this is an alpha release. This means there are balance issues, missing features... the list goes on. Just enjoy what there is, report your findings and let me work out what's left to be done. It isn't much... so you'll have a fully funcitonal Path to Victory Beta soon enough... but it isn't quite today.

However, the next few things I'm going to show you are around today - and you'll be wanting to try them out as soon as you can: 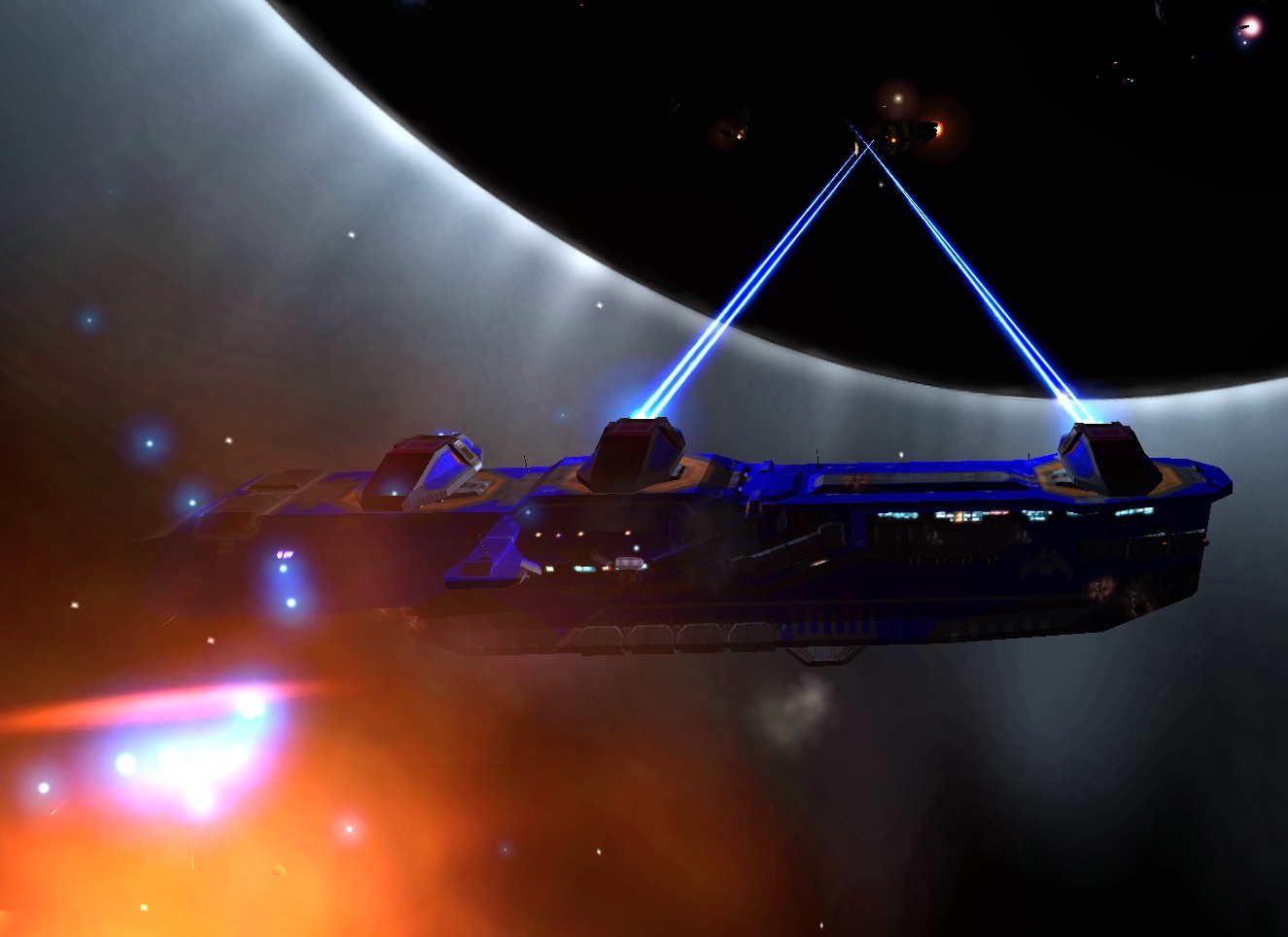 It's been a long time coming and now it's finally here, the Hiigaran Ion Destroyer, a viable alternative to your usual destroyer. So, what's the difference you ask? The Ion Destroyer performs admirably against single targets however against tightly packed enemy formations, your trusted usual destroyer will really prove more useful.

Ever wanted to get your fighters out of combat fast? Say... they ran into a Flak Frigate and are just getting torn to bits? But they're just tooooo slow? Well, the Vaygr have found the solution. Using boost drives that you can optionally install on all your fighters, you can now zoom out of (or into) combat at a much faster rate!

So, what on earth does a hiigaran have to do with the raiders? Well, it's being attacked by them! And that's something the turanic raiders do well. Pirates to the core, they're born to fight. So fight well! Just beware, playing them can be a bit of a tricky thing...

And what else? Well, we got some late coming submissions to the Screenshot Contest I'd like to show:

(excuse the fact I recaptioned them to better fit the post) 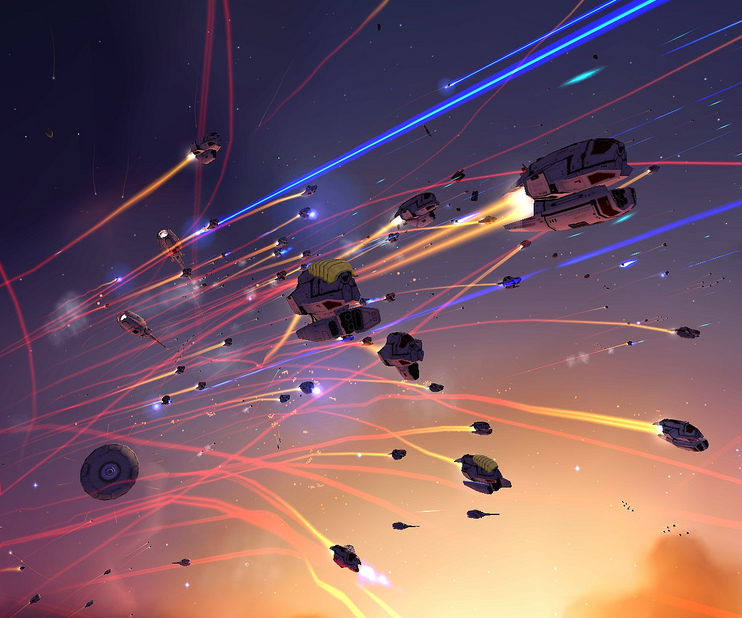 Kadeshi Swarm by Hell_Diguner (yeah, this wasn't in the thread but I liked it best xD) 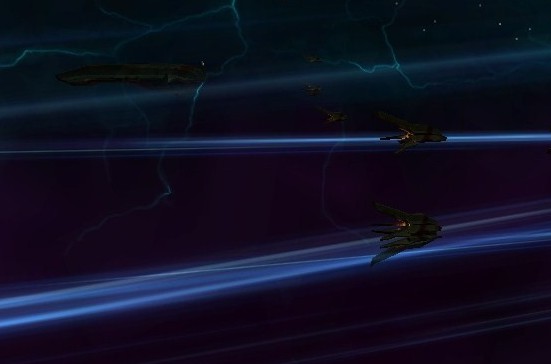 Terror in the Dark by Pegman 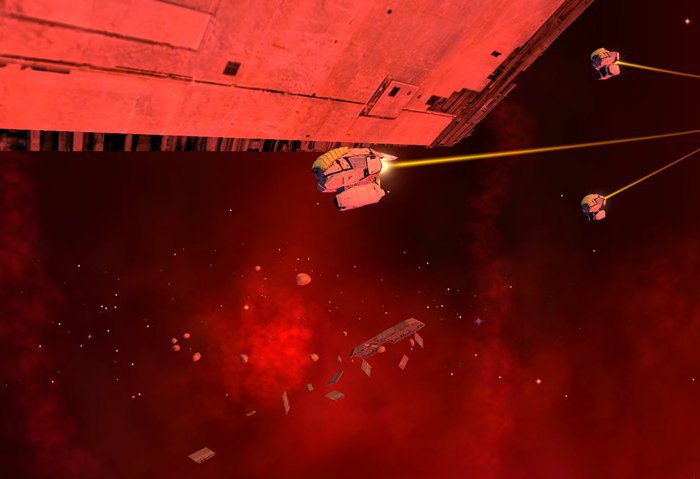 And of course - a little:

News from the Front

The Vaygr Attack! Latest reports indicate that the Vaygr have lauchned several coordinated offensives over the last week. Seen here, a Raider Doctrine Attack Cruiser group opens up with the first shots on a Hiigaran Battlegroup.

Image of a furious dogfight captured during the same offensive. All Hiigaran Defense Fleet attempts at stemming the flow of the Vaygr forces have led to no avail. Under pressure on multiple fronts, the HDF is undermanned and outnumbered! They need YOUR help, Commander! 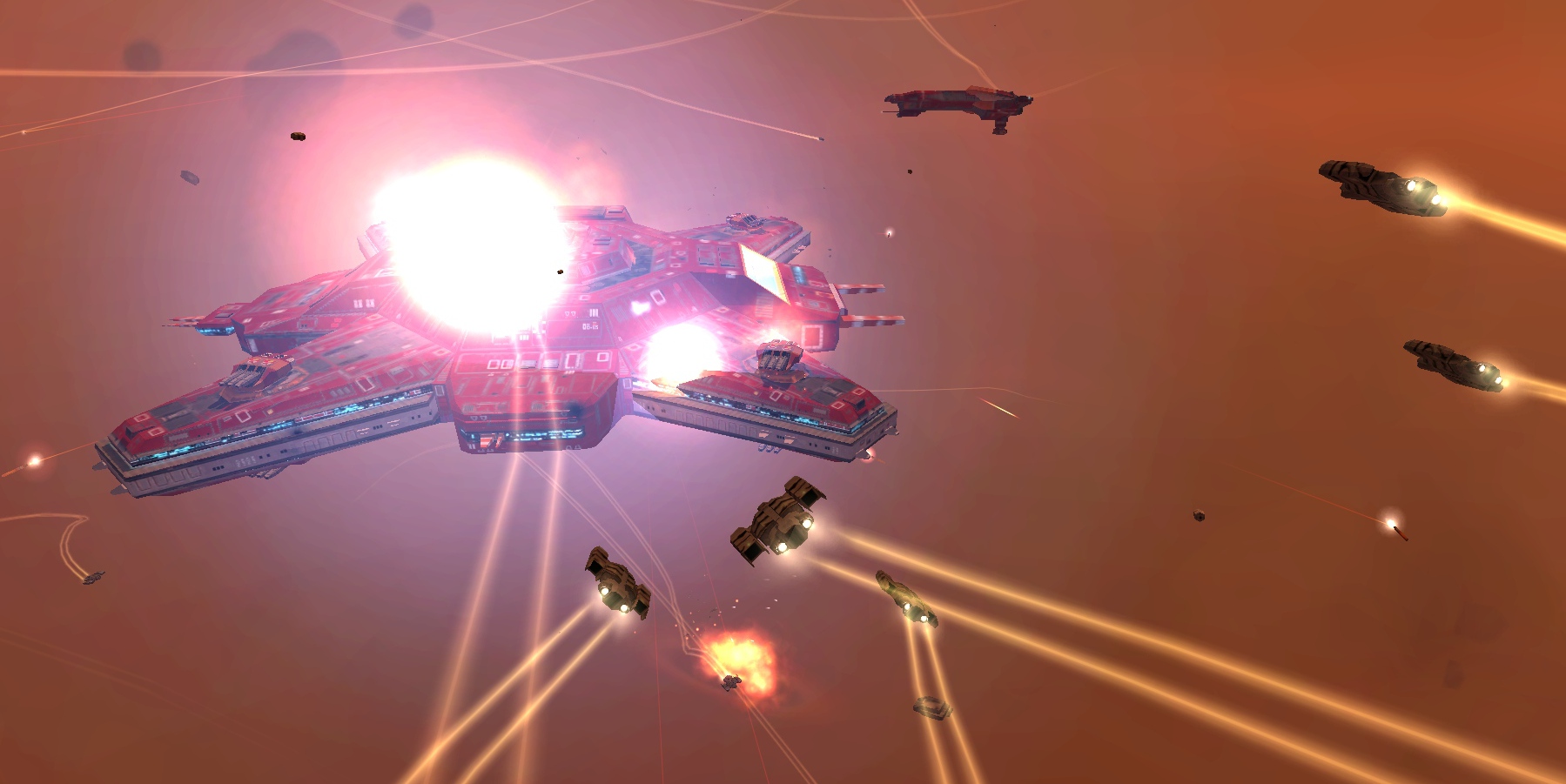 While Vaygr hostilities increase, so do Turanic Raider hostilities. Shown here, Combat Platform Gehenna 7 has come under heavy attack by raider Thug Bombers. There are rumors of a coordinated Vaygr / Turanic attack aimed on weakening the Hiigaran Homeworld's defenses for one final push...

And a little extra tibit: 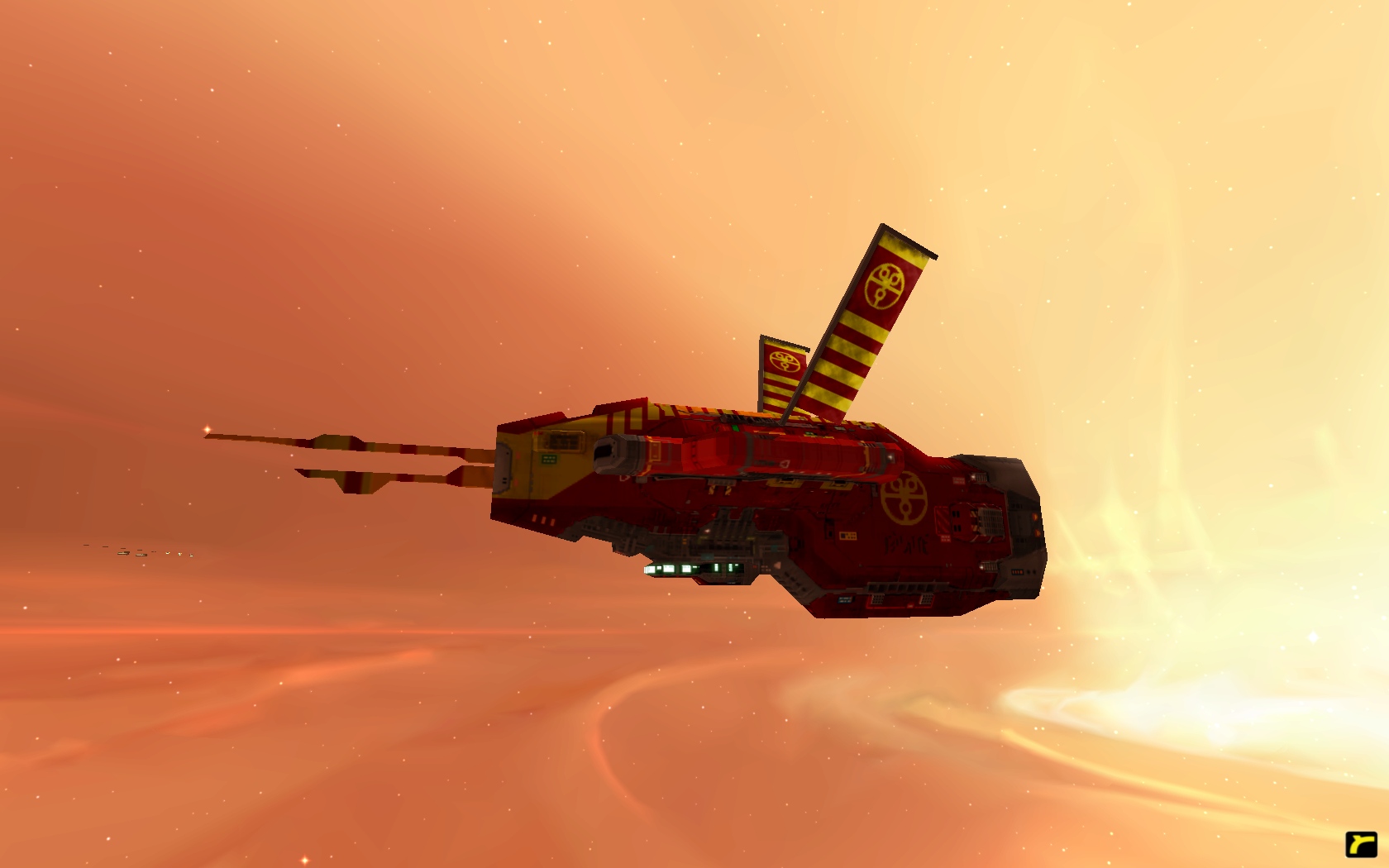 Analysts aren't quite sure what they're seeing here but it's clearly a uniquely marked Vaygr ship resembling a Laser Corvette. Possible implications of this sighting are not yet fully understood. Maybe these will be cleared up in the next Path to Victory release...

Great news post and fantastic images, keep it up!

Congrats on the frontpage.

RE the extra little tidbit:

Damn! You stole my favorite team colors! Give them back!

Man I sure do wonder what that ship at the bottom is... you sure have me stumped dude ;)