Long ago, when the word 'Hiigara' rang only as a hollow dream, the kiith of Kharak never imagined they would walk the Path to Victory. But, when they reclaimed their Homeworld and proclaimed themselves 'Hiigaran', they believed they had reached their goal. How wrong they were. 150 years after Hiigaran landfall, conflict rages across the Galaxy.

Path to Victory aims at enhancing Homeworld 2 gameplay by adding new races, factions for the existing races and a bunch of new ships.

The gameplay focuses around factions, choices and fast paced combat. Each race plays its own way and each faction has its advantages and disadvantages. Play to their strenghs and you'll surely win. Fail to do so and you will not succeed. As the old saying goes:

So it is said that if you know your enemies and know yourself, you can win a hundred battles without a single loss.
If you only know yourself, but not your opponent, you may win or may lose.
If you know neither yourself nor your enemy, you will always endanger yourself.

- 5 Races
- Different factions for every race
- New ships for the existing races
- Reworked combat and physics system
- Every ship has a purpose
- A new Capital Ship Class: Cruiser

- Turanic Raiders
No Faction selection. Available ships determined by what you can capture.

• IPS for his wonderful help on all accounts and incredible patience with my mood swings.
• Barnoess for the Compex Destroyer and Pride of Hiigara models
• Sinigr for doing the map and sound editing
• Ryuseimaru for translating the game files into german and a bunch of overall ideas I tend to underevaluate (sorry)
• Pegman for your wonderful campaign script, playing sounding board and being overall tolerant do my somewhat haphazard style
• Everyone in the testing team for testing and providing feedback. By name that is: Sudazima, LordGrantus, Railgunner2160, 23-down, radar33 (who I think is ajl on RN but I may be mistaken – sorry man).
• arielyssou for the two raider badges (sorry, had to replace the skull with a slightly more fitting skull)
• Relic for their Homeworld 2 game and quite a few nifty tools (even if they do crash *cough fxtool cough*)
• Pouk for his reworked Turanic Ion Array Frigate and minor kadeshi fixes

Thanks for voting and helping Path To Victory on it's quest to become the 2021 Mod of the Year. You are now in with a chance to score some free games from our #modlove collection. Help this mod secure more votes by embedding the widget (or link) we have included below on your favorite sites.

Warriors of the Vaygr war fleets flock to battle in the thousands, rivaled only by the fanatical millions of the Kadeshi Swarm. Ancient Keeper AIs, dormant for centuries, return to life and make battle with the slithery beings which call themselves pirates - and any other foolish enough to stand in their way. Amidst the tumult, the proud men and women of the Hiigaran Empire stand strong against all.

What they do not speak of are those lost. Countless hulls ruptured, millions sucked into the dead of space. To the bomber pilot it is the flash of a mass driver, burning death he sees too late to evade. To the frigate captain it is the panicked cry of his sensors operator: "Torpedo inbound! Brace for impact!" And aboard the battle cruiser, all know the end has come when the damage report systems announce ruptures in all fusion chambers.

But what form the end comes in does not matter. Death is absolute. One might only pay the respect the fallen are due. Honor their sacrifice in pursuit of the ultimate goal, for there is always a price to pay for Victory.


With Alpha 7.1 released, Path to Victory comes to an official end. We hope you'll remember this mod as fondly as those thousands of digital souls that died in your epic space battles. On second thought, we hope you'll have fonder memories. Everyone knows you don't care how many little digital souls you commit to death. The more the merrier, eh?

And, while we're remembering fond things... 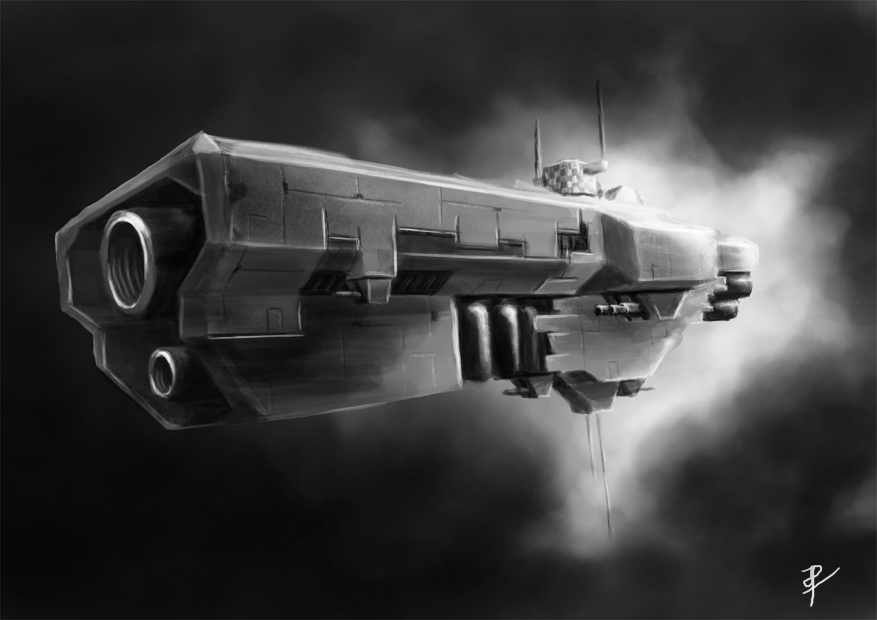 - Turanic Raider Destroyer, which rests in peace along with many of our other concepts 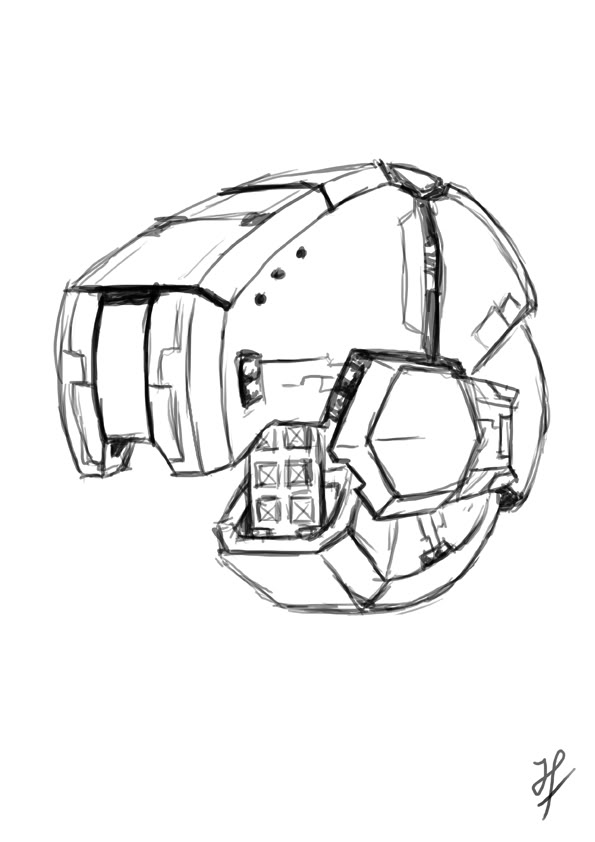 - The Snailship, which looked so good it had to be cut 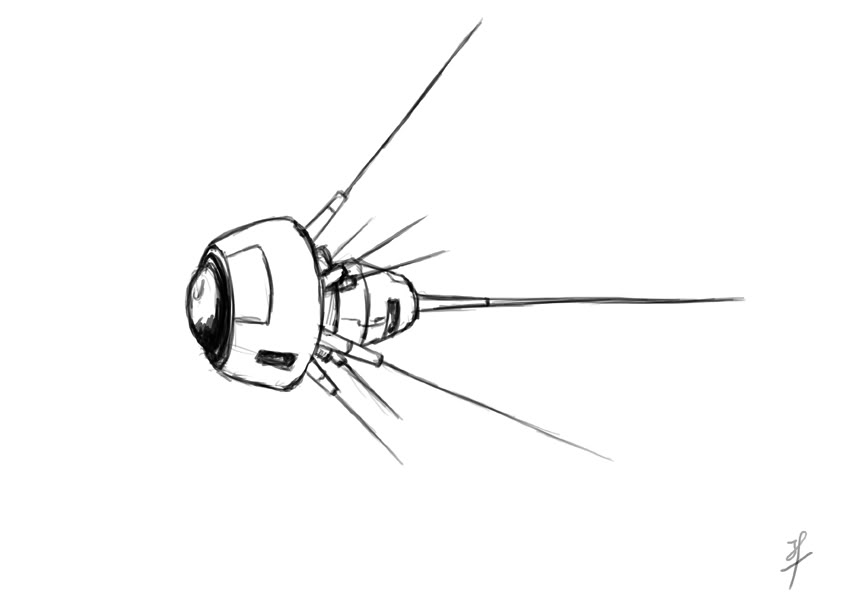 - The Kadeshi Drone, which never made it out of concept phase 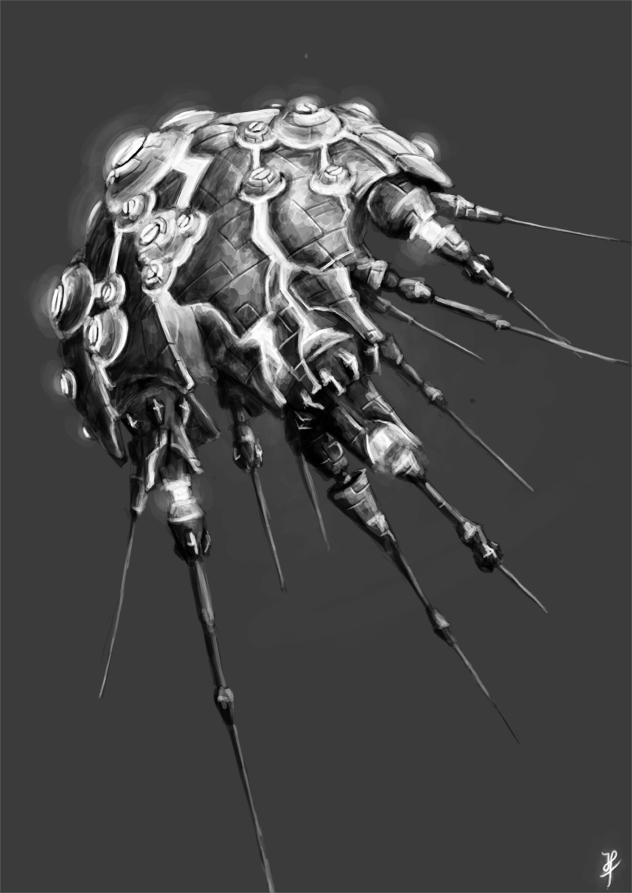 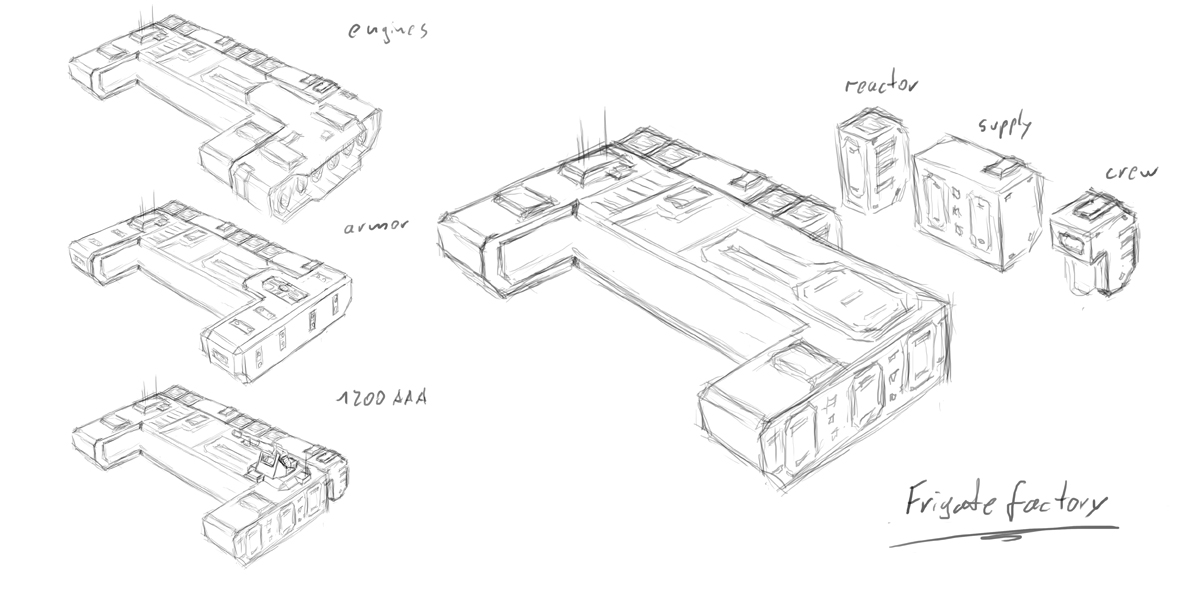 - The Nabaal Factory... wait, we actually made concept art which ended up ingame? Oh, yeah. That would be this one.

Path to Victory was a fun time for all of us but, eventually, we come to...

Presenting the five Hiigaran Kiithid from both a backstroy and gameplay point of view as well as describing the history that led up to the forming of...

We're still here! Make no mistake, Path to Victory is not dead! And here's some stuff to show what's been going on behind the scenes.

The Greater Hiigaran Empire has suffered some minor setbacks leaving them more vulnerable than ever before...

A Quick & Dirty Guide to Path to Victory

This is about three years late in coming but I had the urge to play PTV this week and decided to write this up for anyone who wants to know more about...

Updated Alpha 7 release. On request of several members, a final update to the Path to Victory mod. This update fixes numerous errors with the Alpha 7...

0.0.6 release of Path to Victory. All details in download. Enjoy

Path to Victory's 0.0.5 Release which implements the Kadeshi as a playable race and fixes a large number of previous bugs. Installation Instructions in...

This mod has been uploaded to steam as well, when you search for homeworld mods search for "ptv" in the searchbar.
Please rate it so it becomes more popular.

Also I ask for any volunteer to fix a few rough edges of this mod such as giving each race access to sensor ping ability because sometimes it's close to impossible to find the enemy.
Then I'd upload the fixed version and credit the volunteer in the mod page.

I know this is a dead mod and everything, as well as this info of yours that you uploaded the mod through the steam workshop is old

cause there is no actual mod installed to it

Hi everybody,
I know it's been a while since this mod made his last goodbye but I have a question for those who will read these lines :

Is there a chance or a way that this mod found his way to the Steam Workshop?

I'm not speaking of a remastered version just this one will be perfect given that the "classic" vesion of HW2 is available on Steam.

It will be great because this mod is awesome!

I uploaded it to steam, if you use the searchbox in the mod browser for Homeworld, type ptv and the mod will show up. Please rate it high so it becomes more popular.
I also ask for any volunteer to fix issues with the Path to Victory mod such as adding Sensor ping to every other race, then I'd upload the fix and credit the volunteer in the mod page for the fixes.

just launched homeworld 2 back for some fun and after all this time this mod is still super fun even against AI.

maybe one day, the devs or one of them will come back on this masterpiece and make it even more fun and good :)

It probably won't happen considering the mod is dead but nonetheless, seeing this on the steam workshop would be such a godsend.

I wish someone would port this to remastered. That would be awesome. Maybe I will learn and adopt this mod. Depends if I can figure modding out. lol

Will this get a translation update with HWR cause all I can read its numbers.

Open the game folder and look in the "bin" folder for the "region" file.

Open that and change the locale to "english", see if that helps.

In the Orbit of God Homeworld 2