A summary on what is currently being worked on and what has been achieved in our patch progress.

Welcome to another patch progress update. I'm just dropping buy to let you guys know we have not died, since its been awhile with any noticeable update. It is hard to do regular media updates with this game, as so much of it is code based, rather then 3D based like most strategy games out there. I could always post screenshots of code, but who wants to look at that boring stuff? 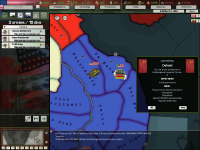 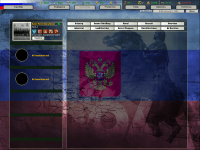 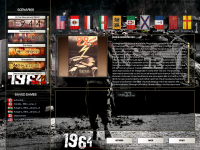 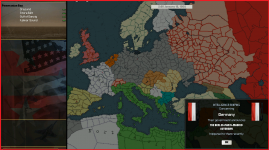 Things continue to progress well on the modding team. Vincent, our awesome Gfx head and talented media student from Belgium, is putting together a special treat for you guys (or to be technically correct, guys and girls, but not many girls play this game as it is :) ). I won't really spoil the surprise, though its technically not a total secret either. I personally have done some low-end graphical work (such as some new division pictures and icons), which will also be included in this update.

Coding wise, we've achieved a lot. Those annoying string errors many of you probably noticed on the intelligence screen and intelligence popups? Two hours of rewriting the language file later, and they are a thing of the past. For such a small problem it sure required a lot of work.

Additionally, as I may or may not have stated in the past, I've redone some tech and added some brigades. Attack and Transport helicopters are now going to be in the game, as are Gunships (as a CAS brigade). Also included are the HQ-specific supply brigades, and the militia-specific 'Technical' brigade, which is basically a truck with a heavy machine-gun on top. This will be useful for small countries, and will become very useful when Africa eventually splits apart into what we sort of see today in Africa.

Event wise, I've been coding some in here or there, Some of the major ones may or may not make it into this patch. I've also included some basic events for fluctuating the price of oil (a event system which may get more complex as the game progress, this is just a test to see how well it works on the large scale). Based on relative historical values, all AI nations will get this event and make it harder for oil-dependent nations to get their oil. It may even force some players to aggressively invest in synthetic oil, or aggressive invest in invading oil-rich countries. I'm not sure how well the AI will respond to this, hence it being still an Alpha :)

10 countries will also be getting a tech-team revision. Which 10 these are are currently a mystery to me, for Zokan decided to drop in and say he finished 10 of them. This is a pleasant surprise as I did not even know he was doing this!

Thanks for your continued interest in the mod! Remember, comments are always helpful. Don't be afraid to point out bad things in our mod, as the only way to fix them is to know they exist!

keep up the good work :D, I can't wait to get to play this :DDDD

sounds good. One thing though, isent vincent from Belgium? That is if its trp vince we are talking about.

Yeah he is, I had a big typo! I misspelled Belgium as the Netherlands.