As usual, the update is available via the launcher, or as a separate download in our downloads section. It's full of new content and various bugfixes.
For example, capital ships won't fly into each other any more, and Tau'ri fighters will auto-attack enemies in range again. Also, some special abilities like SG-1's capture-ability were reworked and some new ones were added. Wraith hives can now spawn darts, that launch a kamikaze attack on enemy ships. Also, the correct map names will now be displayed in skirmish battles.

The heart of this update is the new skirmish map "The Might of the Asgard". It will take you to the Asgard homeworld Othala, where you'll be fighting for the shipyard above the roofs of the city. 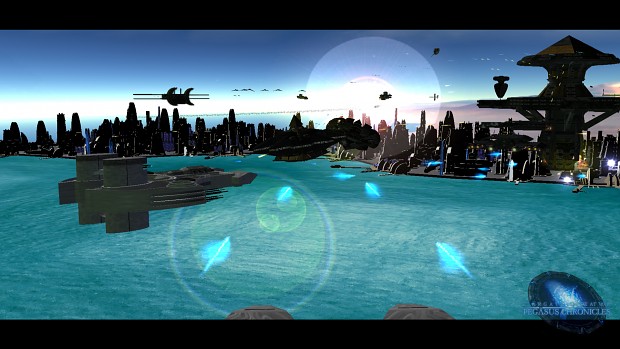 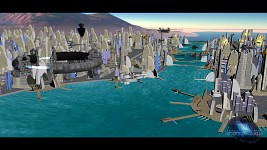 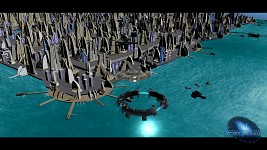 This map contains some very cool and unique features. For example, here (and only here) you won't get your resources from asteroid mines, but from special Asgard solar furnaces.. 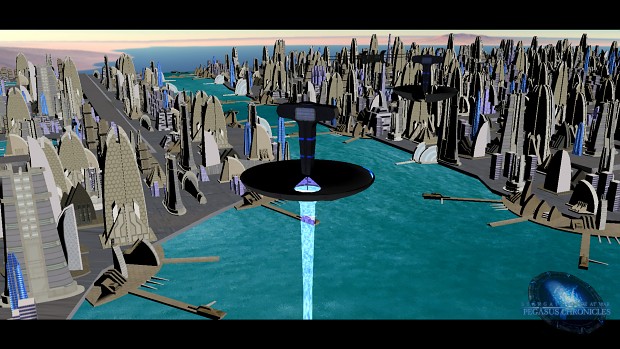 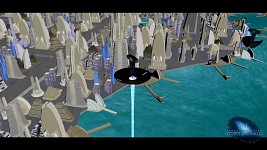 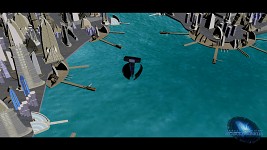 The most exciting, however, will be the Sleipnir, the ship we showed you last christmas. To be able to build it you'll have to take control of four stations around the map, research an upgrade in each one whilst keeping your opponent at bay. 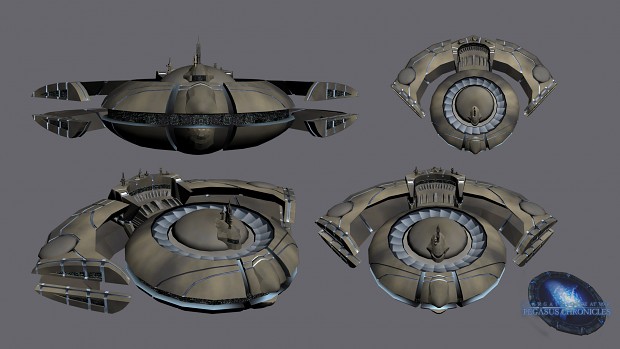 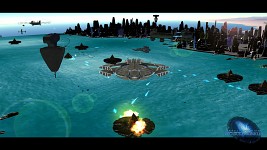 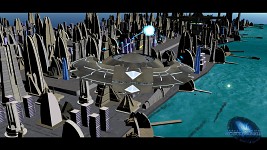 Fitting this Asgard-themed update, we have another improvement for you. Our very talented 3D artist Leie Sistal, who also created the solar furnace, made a new model for the Beliskner class. We hope that you'll love it as much as we do! 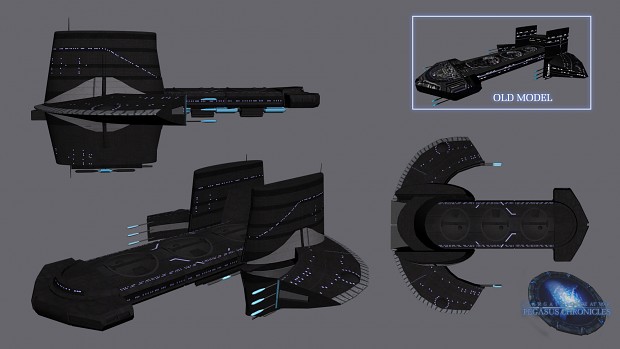 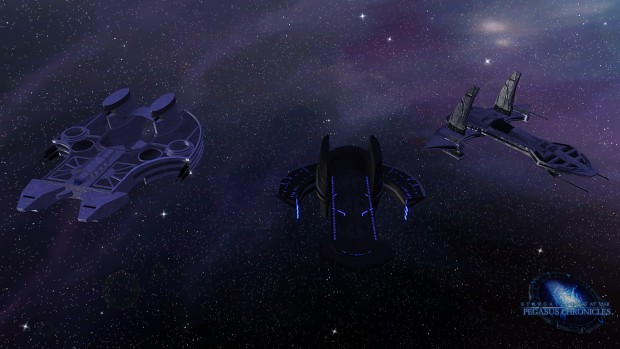 Of course there will be some more improvements and changes, that haven't been mentioned here. For a full list please view the changelog in our launcher.
Share your thoughts about the changes, suggestions or bug reports in our forums, on ModDB, or on our social media sites - or arrange some multiplayer battles on the new map ;)

Now as you probably noticed, this is 'only' another space skirmish update. Rest assured, we're still working hard on the ground part and the galactic conquest mode. We assembled this patch for you to sweeten the waiting time.

Unfortunately, it doesn't always go as fast as we would like. Especially our lack of (ground) unit modellers is slowing the next big release down. So if you happen to be one, or know one who might want to help us out, feel free to send us an application. If you don't have much time, that's no problem - you can support us as freelancer without binding yourself to the project.

Along with the patch, we also released the launcher version 1.3.7. It comes with an improved compatibility check and some other optimizations.
Also, the mod can now be played in italian. After the launcher update, you'll find the new language in the options. Maestro_Luca worked really hard, he didn't only translate the whole mod, but also the launcher. That makes italian (next to german and english) the first completely supported text language current/smile

Have fun playing, and we'll see you next time!

Lookin' forward to test all that stuff

Keep up the good work SGMG :)

The only complaint I have is I tried to play the non-modded Starwars EAW:FOC and i was like: WIF?! These StarWars ships made out of TINFOIL or something?!? Now I need to find a mod that makes the ships as sturdy as your works of art.

^forgot to ad on to this: I used to enjoy playing the starWars EAW, now its like EVERYTHING has Ancient drones... =(

Daamn, i completely forgot this mod even existed, the update was such a long time ago xD

Brilliant work guys, keep it up.

You're our last bastion of Stargate hope!

This update may have caused some problems with the game startup. At first whenever I tried updating the mod to 1.3 it kept giving me a series of errors. Then when I removed the game from my computer and redownloaded it, the update worked normally but every time I click the start button to play the game, nothing happens. Anyone have any idea what when wrong?

So you installed Star Wars Empire at War - Force of Corruption, then installed the mod. And when you launcher the game it does nothing?
Are you using steam version, gog version, or a cd version?

I'm using the steam version. Strange thing was when i first downloaded the game last week it was working perfectly. I can download and update the game but clicking start on the launcher does nothing.

try this, go to your steam library, right click on star wars: Empire at War Gold, click on proprieties then
in general click o define launch options write this swfoc MODPATH=Mods\Stargate
then click ok.
Then click play on star wars empire at war (from steam).
Now the mod should launch.
However if you want to play the vanilla game just redo the step but delete the swfoc MODPATH=Mods\Stargate
Hope this helps you

Hi, can we play your mod on the gog version? I fly a lot and that way i can play your game while i'm flying without logging into steam. :)

yes it should work on the gog version. If you have any issue juste contact us. :)

More battles, more music... how did I miss this? O_o

Oh, I must have missed it in a prior patch then. All I know is that there's a few pieces (like The Rising) in there that weren't there before. :P