I write a bit about our plans for the alpha development cycle for this game. Also I'm writing this after being up for a little too long, so please forgive my poor English.

Passwords have been implemented. A listener server options has been implemented. Also a little bug where you were allowed to join server across various versions of the game has been fixed. While in alpha developing code for host migration won't be a focus. Rather it'll be looked into so to design a well optimized listener server. Other then tweaking and optimizing the server code the rest of the alpha dev cycle should be focused on improving game play. The two in the works are: 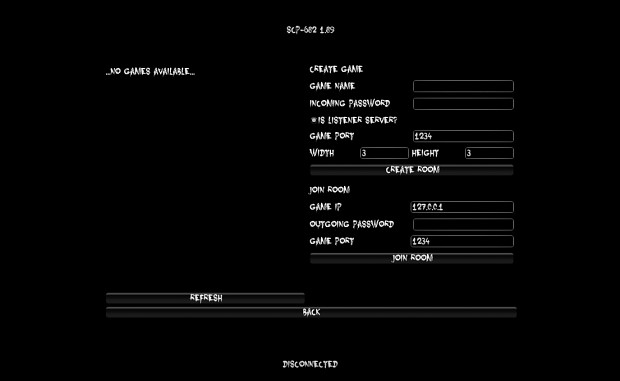 Don't post your idea or bugs in comments, we have a forum. Comments will be reviewed, but the forum gives use a better space to address your needs.

Finally, an apology for the game going up only for windows for this release. It'll be available for mac and linux in the next release for sure.

Is it possible we'd be seeing any updates to the game soon? Looks really good and I hope development is continuing :D

Looking forward to release. Would love to talk with you guys some time! Feel free to drop me a message or email :)