Over 40 new maps from the ESOC map pool and from Gandalf's collection plus 9 Regicide variants. A new global wall repair button has also been added which, when clicked enables repairing on all wall pieces a player owns across the map.

HA! You thought it was DE, but it was me, Improvement Mod!

Like I said before, I don't plan to stop modding the original game so here's an update that adds 42 new maps plus 9 Regicide variants and a new global wall repair button which, when clicked enables repairing on all wall pieces a player owns (so no more individual repairing for each wall piece) across the map.

The new maps have been taken from the now abandoned ESOC project and from the great map maker Gandalf's collection. However unlike their ESOC counterparts the maps in my mod have fixed layouts and terrain, fixed starting units spawns and Nomad and King of the Hill support, and they also feature new fauna, flora, treasures and natives.
Oh and the mod now also features HD terrain textures at double the original resolution (with no performance costs) ported from AoE3DE, for all old and new maps plus a few completely new terrain texture sets for some new maps.

And you can now see the map layout in the lobby before starting a game!
Here are the new maps bellow: 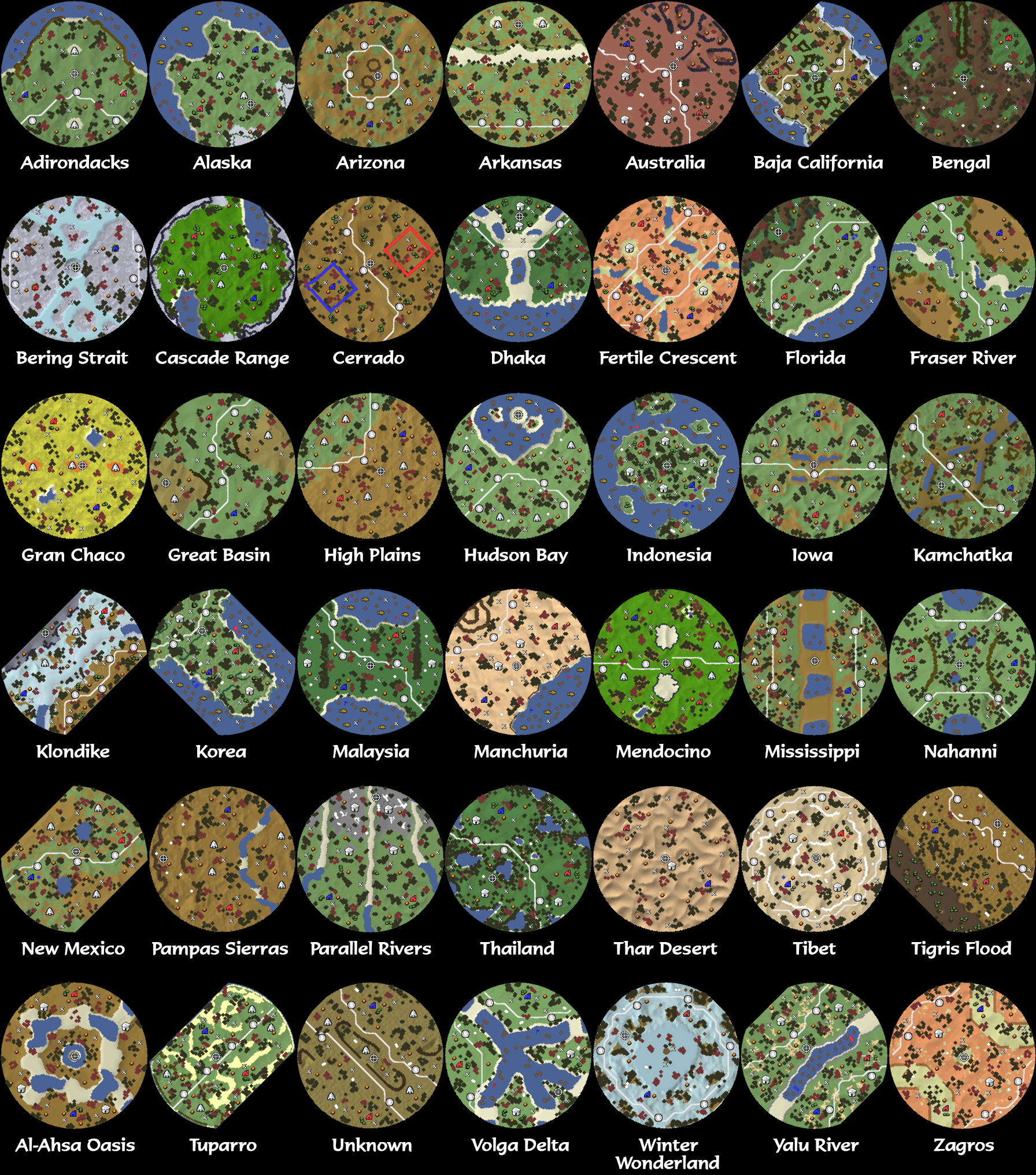 Now, maybe you've noticed that some of these maps are already in DE or will be in DE with the upcoming African DLC. That's because most "new" maps in DE are just existing, old maps the community has made over the years, added in the game and then renamed and maybe retextured.

Anyway, several original maps have also been drastically changed and rebalanced in this update, such as Andes, California, Hispaniola, Ozarks, Pampas and New England (changes made by the Fan Patch). So you really gotta play the old maps and the new maps to see everything that's new. There's even new treasures to find in the old maps. There are reports that the Circle of Ossus might be looking for ancient treasures in some locations.

So run the Patcher or get the mod manually and experience the greatness of this update and that new repair button that repairs all walls and makes dreams come true.

The new maps don't appear on the skirmish menu... Also not when you select Custom Maps. :(