Time for the fourth Ostheer Sneaky Peaky! Remember that all the pictures on this post are WIP.

Your first step into modern, mechanised warfare. The Schutzen War Camp have a wide list of specialised support and assault units. One of the units in this building that you can recruit is the Panzer II Ausf. L "Luchs".

As stated in the previous article, this building has two pools of units too:

Heavy Assault(HA): The units that belong to this pool are the Stormpioniers and the Sdkfz. 251 (aka Troop Halftrack).

Heavy Support(HS): The units that belong to this pool are the PaK 40 and the 75mm Infantry Support Gun.

Panzer II Luchs
Role: Heavy Recon
Weapons: 20 mm KwK 38 L/55 + MG34
Abilities: Speed!, can capture points.
Summary: The reconnaissance unit of the ostheer, capable of capturing points and having the ability to increase it's speed temporary makes it a valuable target... if not a must die one. With it's 20 mm cannon can do short work of enemy infantry; however remember that those units aren't meant to fight by themselves because aren't so tough. 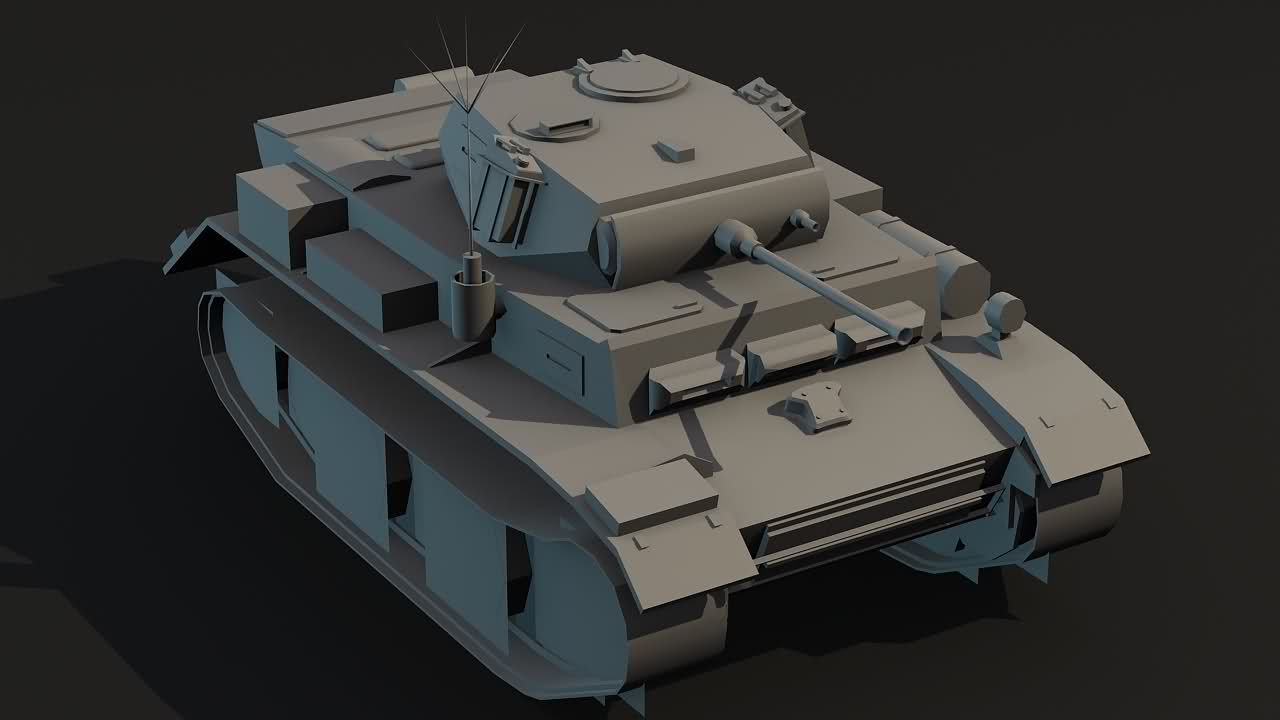 Panzerfusiliers
Role: Infantry
Weapons: 4xMP40
Upgrades: Extended magazines
Abilities: Grenade Shower
Summary: A squad of four soldiers wielding MP40 submachine guns. They are tougher than the Landser and excels in close combat. Their time based ability called "Grenade Shower", as the name suggest, unleash a vicious rain of stielhandgranates to the target until the effect worns off. Extended magazines upgrade grants them a better rate of fire.

Panzerwerfer
Role: Anit-Infantry/Spam
Weapons: 15 cm Panzerwerfer 42
Abilities: Salvo - Explosive Rounds
Upgrades: Incendiary Rounds (Replaces Explosive, requires research)
Summary: Armed with 15 cm tubes and capable of firing 10 projectiles, the Panzerwerfer 42 is strong enough to fight against infantry, specially high concentration of them. It's normal barrage can be improved to incendiary after that upgrade is researched. It has halftrack armor, so it's quite resilant to small weapons fire; also remember to change it's location once you fired to avoid being hunted down by a quick enemy raid. 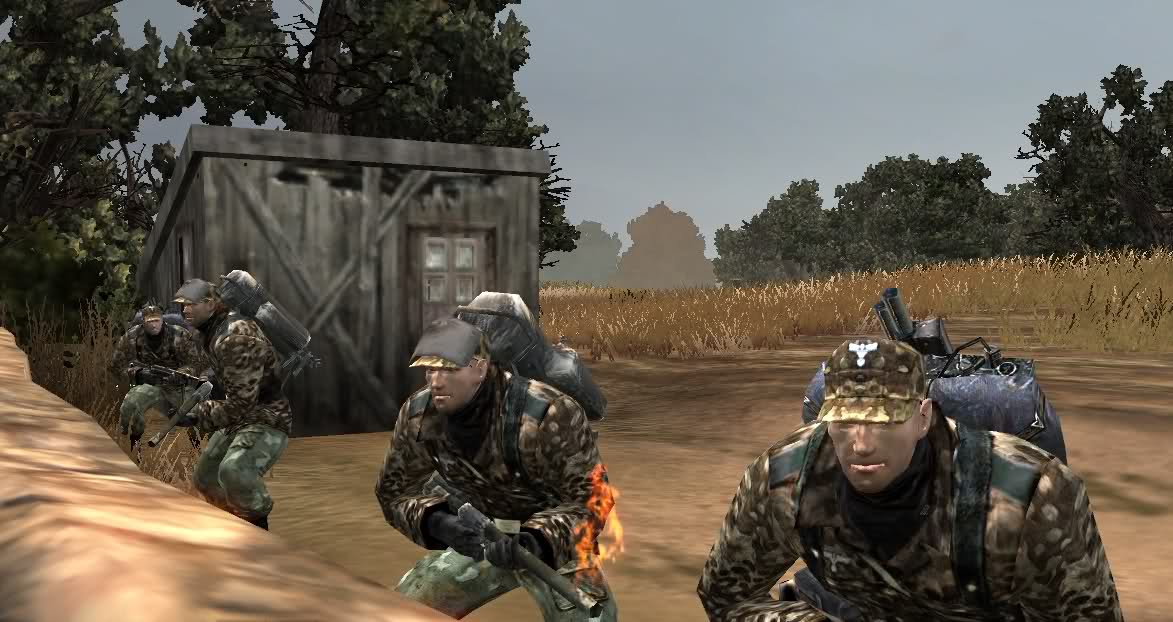 Troop Halftrack
Role: Transport + Anti-Infantry
Weapons: MG34 (MG comes manned)
Abilities: Hold 10 troops (2 squads), First Aid, Reinforce.
Summary: Armed with an MG34, is strong enough to combat infantry, offering more protection than almost all objects around the map(excluding buildings), let alone that is mobile. Capable of reinforce nearby squads makes it useful for supporting assaults. It has a time based ability called First Aid, that like the Sdkfz. 9, can be used after Mobile Heal Station upgrade from the HQ is purchased. 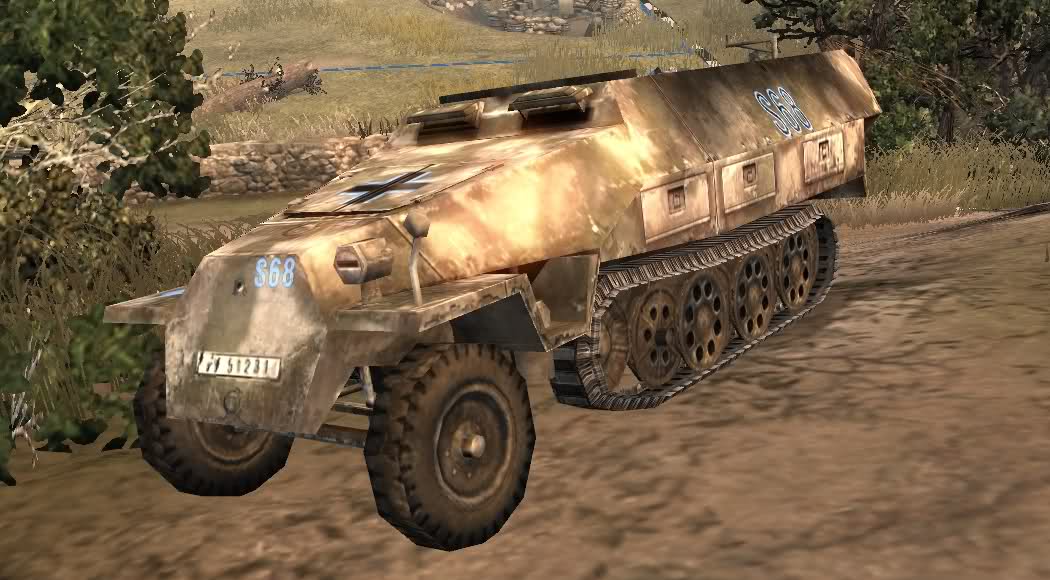 PaK 40
Role: Heavy Anti-Tank
Weapons: PAK 40 7.5cm + 2x Luger Pistole 08 (4 men in total)
Abilities: Camouflage
Summary: The heavy PaK 40 is one of the best anti tank weapons the Ostheer can give you. With it's 75 mm cannon can decimate almost all the tanks that dare to get on their sight. It can camouflage to ambush the opponent, while using their first shot bonus before their camo fades off.

75mm Infantry Support Gun
Role: Heavy Infantry Support
Weapons: 7.5cm Infantriegeschütz 18 + 2x Luger Pistole 08 (4 men in total)
Abilities: Indirect fire, Direct fire
Summary: The 75 mm ISG is a versatile weapon of the Ostheer: works as an anti-infantry gun and as a light anti-tank gun. With it's Indirect fire ability will barrage the desired location as a mortar; while Direct fire will shot a projectile on a straight line, like an anti-tank gun. Be sure to try one of these! 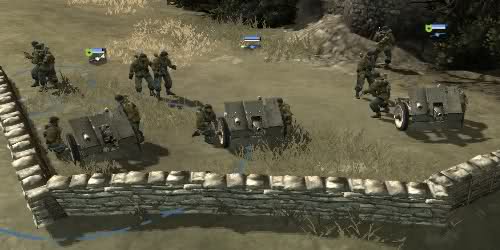 Heavy Assault
Summary: Allows to enable the production of Stormpioniers and Troop Halftracks. When you active HA, PaKs 40 and 75mm ISG teams are disabled.

Heavy Support
Summary: Allows to enable the production of PaKs 40 and 75mm ISG teams. When you active HS, Stormpioniers and Troop Halftracks are disabled.

You can purchase those upgrades whenever you want(as long as you have resources of course).

They are shaping up really good.

This is wonderful news! Keep Up. Release it before 2012! XD

Wow, the support gun is like a dream come true. I've been waiting for that cannon ever since I saw it in the "Men of war" series. Nice update with plenty of information. Thank you guys for doing this, thank you.

That gun is also in Blitzkrieg mod. Just an FYI.

Once again, the EF devs have chosen the perfect units for the Ostheer.

I love Panzer II! But somehow I felt the halftrack of Ostheer is kinda of standard, will infantry beside the one manned the machine gun attack?

It will come manned.

the Luchs is not your model .... looks more like the model from WoT ...

So, because a model is decent we've instantly plagiarised it?

Of course it will look the same because it's the same damn tank you idiot.

@Darth_Lazarus
That's a serious accusation. Do you have evidence to back up that?

These guys are most definately going to be my favourite faction. Stop setting the bar so high for RTS modders :P

Great choice of units & some good ideas people. Looks very promising - especially the Luchs. The Panzerwerfer is interesting too - will that be a Nebelwerfer on a Maultier chassis?

awsome, i am going to buy CoH just for this mod

For the rest;
Ostheer is done when it is done ;)

So the Sturmpioneers who have 2xFlammenwerfer + 2xMP40 can detect mines while running whit no upgrades(like the mine detector!)? Isnt that a bit over powered?

@P3ACE753
For now Ostheer is in Alpha, when the Ostheer reaches the Beta, that will be considerated. Also, it's not like it's too late to change it ;).

It's ok, but THAT one thing jumped of the page.

Even if the Ostheer is OP when they come out, I'm sure they will be balanced in time. The soviets are a good example, I considered them OP when they came out (Soviet mortar) but good ol' patching helped with that.

I just can't believe the great work you guy's are creating and continue to create.
It's been along time since i've even loaded up original COH.exe, as I automatically go straight to EF. When you look at all the work done so far for EF it really is hard to fathom that this is not an offical add-on from relic.
Keep up the amazing work, I can't wait for the Ostheer. And thankyou for creating such a great mod.

Is the Panzerwerfer going to be a new model, or are you borrowing the half animated one from BotB? That looks like Loran Korn's LeIG, and i'm assuming your using his Pak40 as well? If so, it's really good to see his contributions to the CoH community are appreciated and still being added into mods.

Will the Pz II be able to recieve some visual upgrades, like a tank commander? or addition radio arials?

We'll be making a new Panzerwerfer model, that's why the image of the current community Panzerwerfer isn't up there. The current one is a little... screwy.
Panzer II i'm not sure of since the Ostheer is still a WIP, it might receive some upgrades, but I dunno what they'd do, we'll cross that bridge when we come to it.

@mattdamon07
Remember that all the pictures on this post are WIP.

when is the next update coming because i am getting impatient >:(