Time for the second Ostheer update! As promised, the third one will be ready in a few days.

THE HQ
Before starting I would like to apologize for the lack of pictures of the Ostheer announcements. If there's some unit that can be displayed I'll will include it.

Today we'll discuss about the Ostheer HQ, this bulding like the ones of most other armies, is located in a local house, generally a farmhouse. From here you can upgrade your base and recruit your building/repair unit.

It also has advanced repair abilities; so that you can put damaged tanks back into circulation faster than any contemporary engineer teams. Use the speed of this unit to reach deep into the frontline and repair damaged vehicles on the go; long before pioneers could ever reach the area. But remember, this vehicle doesn't carry weapons and you are only able to call in one at a time. Be mindful to send it where it is most needed.

After purchasing HQ's upgrade it would be able to heal infantry based units; heal will be a payed, timed ability. 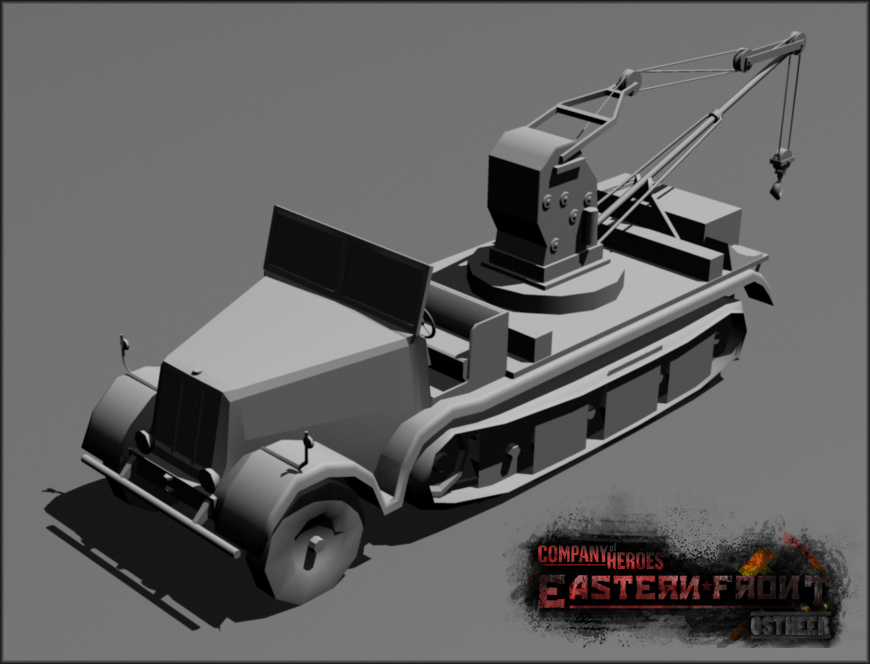 Upgrades available:
Mobile Heal Station
Summary: The Ostheer has no medics to pick up wounded soldiers from the battlefield. However the HQ has equipped vehicles with the necessary materials to act as a mobile heal station. The Sd.Kfz 9 and 251 gain the ability to heal nearby troops.


Of course, any faction wouldn't be complete without some defensive emplacement; the Oberkommando granted the Ostheer this:

20mm Flak 38 Emplacement
Role: Base defense.
Abilities: None.
Summary: This static weapon will help you to defend your HQ effectively against infantry and light vehicles, providing you a safe zone... at least from early to mid game. Like similar units from other factions, these are your last line of defence; but while they excel at repelling infantry, you should keep an eye out for enemy support infantry such as mortars. 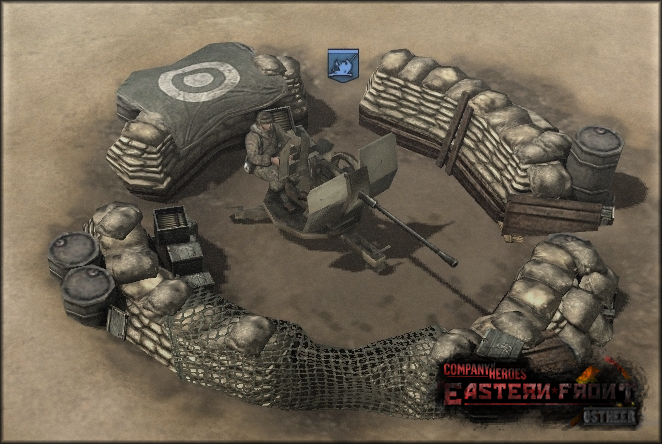 DISCLAIMER: All images are WIP, they may change in the future. Flak 38 created by eliw00d & DMz.

I rate this update at 9/10, because you didn't say anything about landser :/

That's because the Landser and the HQ building are totally unrelated ;)

If you've read previous updates you'd noticed that you get Landser from the Infanterie Gruppen Post.

So Sdkfz.9 will be unable to capture points, right? Or it'll have this ability like a scout car?

It won't be able to capture points.

Very interesting update, i await to see what else you have in store.

Another army to trounce those rubbish Russians (not the models, just the way they work or rather don't work in game).

so how big will the landser squads be?

Should we expect SS as elite infantrymen of the Ostheer? (smth like Iron Cross bearers maybe). Also kudos for the builder unit and base defense. Can we expect le.IG 18, PaK 41 and such... to add more variety to the field? Too many questions?... Time for me to shut up?... ^^

@CadianConscript
I'll save unit information other than HQ ones for the next Ostheer updates if you don't mind ;).

Remember that January's one will be posted in this month as well.

Not bad. But you should add more polygons to wheels of Sdkfz. 9 - they look too squarish . And what's up with Ostheer flag ? Why does it have flag of German Empire, which collapsed in 1918 ?

The flag is very least the flag used by "Reichwehr" (later renamed to Wehrmatch) to AT LEAST 1935. I cannot say if it was used after that tbh.

Those wheels have been taken from the Wehr Halftrack, there's nothing wrong with them.

We used the Reichswehr flag to follow Relic's trend of using fictional designs for the German factions. Also it looks distinctively German and very striking. If you have suggestions for any other legal flags then I'm all ears.

its the colours on the othseer helmet, u can see it when u playsome of the call of duty games

when will ostheer finally be released????

also, how do you build defences for the russians????
because i installed eastern front, and can't build defences for russians other than the outpost and the artillery battery
really could use some help, would appreciate anyone answering me :D