We are opening an additional wave to the 'Play It First' competition! That means 100 fans of Orion have a chance of getting Beta 1.2 early. That means playing with the developers as well as playing the 4 maps early! Read the post for additional information.

We have been slaving away over quite a few different pieces of development for these last couple of months - one of course is the much anticipated Beta 1.2 release of Orion Source Multiplayer Beta! That means another 100 people are eligible to get Beta 1.2 early! So start sending those emails!

We have been working endlessly on this.

What does this mean? We are right around the corner for the Beta 1.2 release. It has been a long time coming and we are super excited to release this and play with you guys. We are so excited in fact that we are opening an additional wave for fans to play the beta early as well as to help us test the stability of the game. The code has just gone Gold as of today and we need to conduct multiple stress tests before the release.

PLEASE INCLUDE THE FOLLOWING INFORMATION:
01 - Your computer setup and specifications
02 - Other games you have beta tested
03 - Why you are interested in Orion
04 - When did you first hear about Orion / Incoming?
05 - Why we should pick you

We are also so pleased with the quality of Beta 1.2 that we are going to start scheduling regular play session dates with the community and fans! Once Beta 1.2 is released we are going to have weekly playtests where you can join games with the developers behind Orion EVERY SUNDAY at 11am US Central. We will be posting updates about this weekly on our forums (http://www.orion-project.net/forum/) and Steam group (https://steamcommunity.com/groups/orion). So get ready!

Here is some media from today's playtest! Enjoy and start sending in those applications! 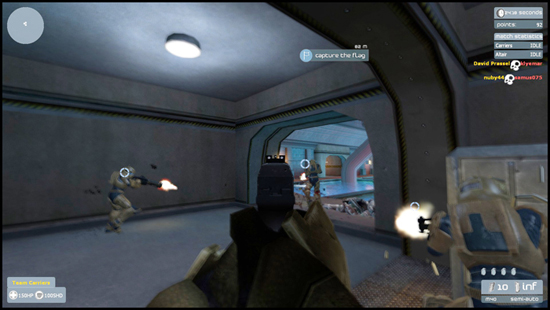 Leaving the Carrier home base area only to encounter an entire squad of aliens right out side. 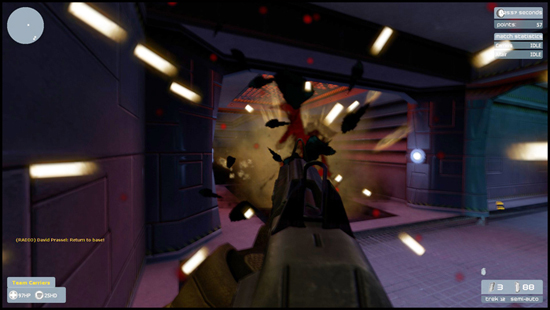 I can't even explain how much stuff actually happened in a 3 second period when this image was taken. I was encompassed in a circle of 3 grenades going off, blowing the S*#@ out of another guy and then eventually taking the fall - sweet times. 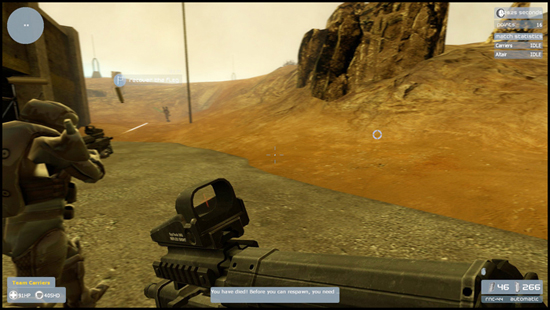 Trying to prevent the enemy from capturing the flag. 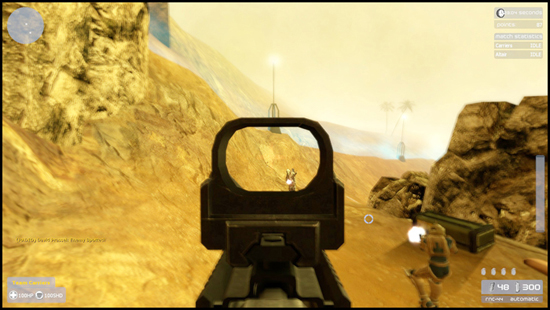 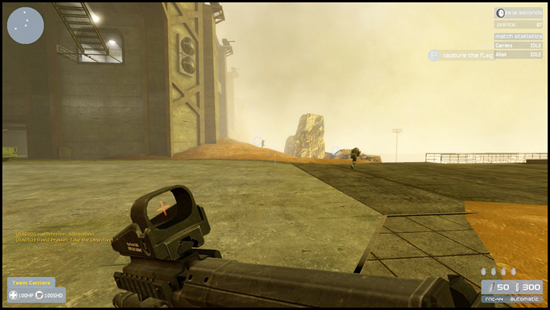 As well as the new sniper post built into the huge wall (located on Incursion). 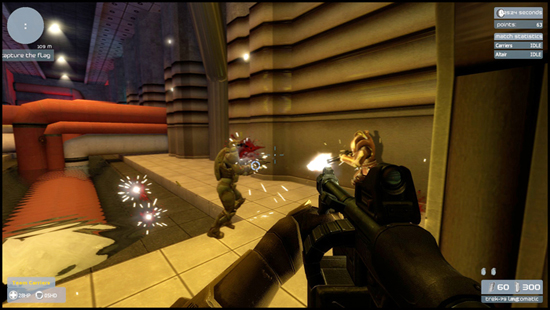 We actually didn't end up winning this battle - and it was 2 v 1. 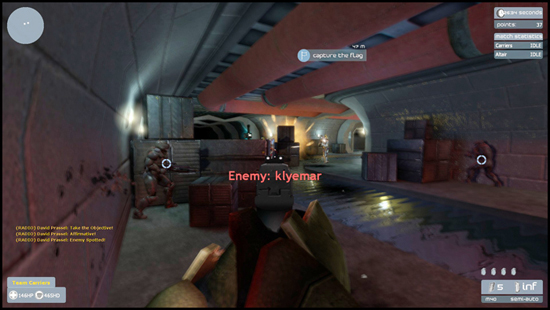 Making our way down to the new area on CTF_CATCHMENT sewer area. We were going for the flag before we ran into these two alien baboons. 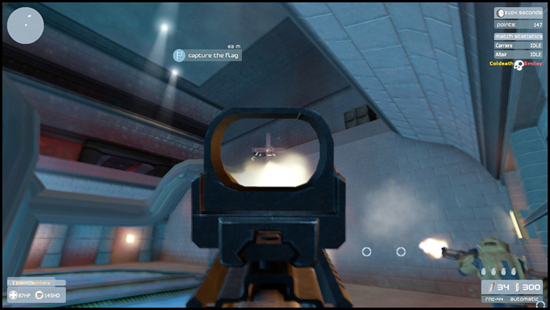 So there was this alien. He kept picking off humans and hiding as we ran across the center. He did this about 3 times until it became my primary objective to find this guy and destroy him. This picture shows that happening. 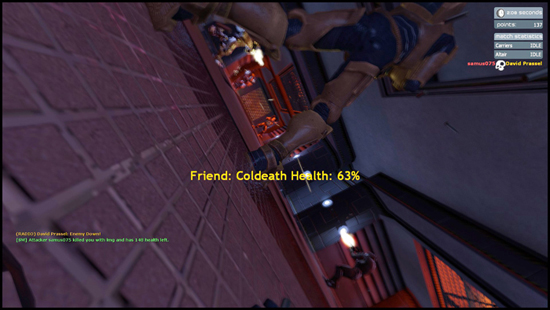 Cold death has 63% health left. I hope he does good!

Visit our site for constant updates and news about Orion and the upcoming Beta 1.2!

Actually, his nickname says that he is "Coldeath", Not Cold death :P

Maybe he has unique letter "D" for two words at once, For "colD" and "Death", or maybe he is "Col.Death".

Ha, you're comment matches your avatar and has caused me to laugh a bit.

Great looking mod by the way, Its always enjoyable to see mods with modelers who know what they are doing.

Awesome praz, but this :
WE HAVE ADDED:
-Removed all crash bugs
Got really strange. Change it to just WE HAVE: or WE HAVE FIXED: and them remove the Removed and the rest of things like this
Also, wanna see the new beta tester to play with me :P

=( I was late to reply their e-mail, and because of this I am not beta tester D;

How were you late? There are still slots left open.

how? I don't know, just guess...because I don't get reply that MUST be(as was said on the site or e-mail, I don't remember)

So excited for this release; hopefully the jittery cam issues of Beta 1.0 are resolved.

As far as all of our testers - it is!

So is 1.2 guna be basically the first beta release but fixed, and that's not me trying to have a dig, or complaining for that matter... it's just i remember you guys running off your plans for the releases and this sounds pretty much like 1 + some extra maps and lots of fixes (and of which sound very welcome).

It was to work like this:
5 Betas, two patches per beta.

Beta 1.1 = that same beta, but with 40 game fixes and 2 new maps (however, this beta also featured that horrendous crash bug)

etc etc. Each beta had two planned patches because we figured that was enough to clean up any mistakes or bugs that would arise - we would get most with the first patch, and whatever was left we would boot out with the second patch.

This is of course changing (the release pattern) and you guys are going to be hearing some awesome new details about that in the next few weeks!

Nice, looking forward to it then. You guys are doing some great things here and while I'm a little dismissive of many multiplayer source mods (only because I feel the player base can't grant all of them any kind of longjevity) I'm convinced Orion will succeed.

So yea... theres my arse lick for the day :P

The servers are empty:(

We enjoyed you enjoying it, Glenn :P