Orcish Inn 0.0.9 is available, an update about semi-randomized maps and more! Before you start up the launcher and download the new version, you should check out the roadmap of Orcish Inn, two sections below. Regarding the download: if you are new to Orcish Inn, you can get the launcher right here (scroll down a bit):

The reason this update took so long is mainly because I exhibited Orcish Inn on a festival called AMAZE. The highlights of this update are:

When I started developing Orcish Inn a year ago, I thought I'm making (again) a small game, while checking out Steam features this time. I didn't even expected that I made it through Steam Greenlight and as I published first screenshots and videos, I got overwhelmed by the feedback and excitement since then. I decided to try a public pre-alpha, because I wanted to go sure that people are interested in the game and not only what I say and promise and again people enjoyed playing it and liked the idea of an orcish tavern simulation where farming meets business. I struggled over the last weeks regarding the question if it still makes sense to have that very small game and while feature creep and ambitions are a very, very dangerous trap in game development, I decided to dedicate at least another year of development to Orcish Inn. There is just so much potential and given the fact that I'm still highly motivated, is a very good sign. I mean, I see these orcish faces for more than a year, nearly every day, 6-7 days a week.

I made a detailed plan for the coming months, with a summarization presented down below. The public pre-alpha was a good idea and I'm incredible thankful to all of your feedback and patronage, which really already improved the Orcish Inn formula so much and there is still much of your feedback waiting for being implemented.

The following roadmap shows the big picture of Orcish Inn, with an anticipated final release in April 2016. It's very hard for me to determine how much time I need for a certain feature, so it's likely that I'm either faster or (more likely) slower than specified. In both cases I could move the release date, throw out features or add/replace other ones... in general, the whole roadmap is just an overview. Perhaps I'm making a part of the pre-alpha not public (still thinking about that). The presented roadmap is a shortened version, as I didn't want you to bore you with all the little details. Here we go:

The rest of the year I want to dedicate to smaller stuff, like a fishing rework (crafting baits) and more. As said, this all can change. I'm also open for your feedback, so feel free to comment below. For the rest of May, I will tackle the inventory and the clan satisfaction rework. So expect an inventory limit (and an increased use of chests) as well as the end of the temporary clan interface in the coming weeks. 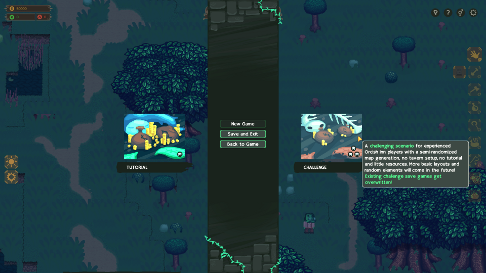 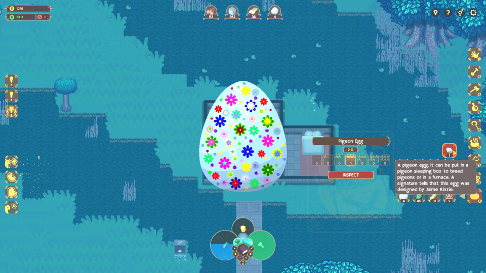 (Easter eggs people sent me can be found and investigated) 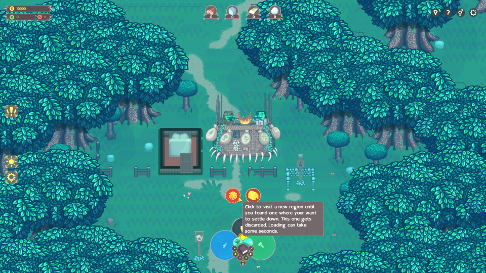 (in the challenge mode, the player can fly around and check out if the generated map is fine) 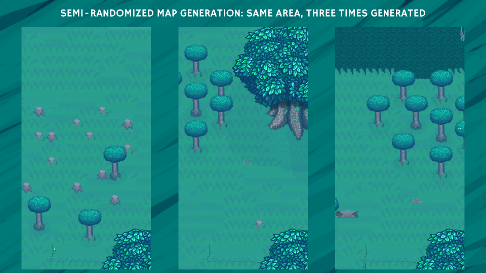 How can you like not make this into a "full" game? The idea is great and the alpha so far is really enjoyable. Also Orcs man... just Orcs. Reason enough. Keep up the great work!

Hell, it's about time! Now this game can start feeling like a true Sandbox Sim!

Also, great to see what we can expect in a year. =)