Operation Firstorm Beta 02 is out now! Featuring China Secret Weapons General, a reworked AI and lots of new stuff to play with. Available in English and German.

Operation Firstorm Beta 02 is out now after a long wait.

This release features Chinese Secret Weapons General Leang as playable faction allowing you to try out her arsenal including deadly napalm units and advanced tesla technology. In addition, all existing factions have received a unique T3 defense building as well as various other new units and upgrades. 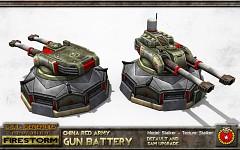 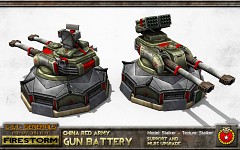 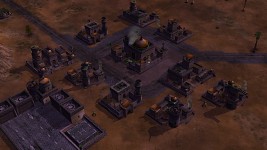 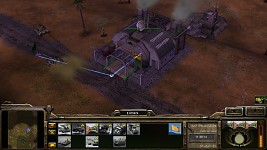 One of the most important features of this release is a remade AI. While this has been a difficult task and the AI is still not 100% reliable, it should work significantly better than before. The level of difficulty was greatly increased, so do not expect to beat Hard difficulty on your first try.

Over the last few years we focused on polishing existing content and improving the overall quality of the game. This means that a ton of textures, effects and sounds have been improved.

For an (incomplete) list of changes, installation instructions and credits, check out the distription of the Main File download.

I am so happy to see that this mod is still alive, I thought it died.

One big bug I've noticed is that the AI doesn't do much on non-OFS maps. I tried the GLA generals on the vanilla maps and they only make a barracks and a supply centre.

really appreciate this release! especially as most moders tend to make releases close to end of year to "get points" on best mod voting. now i know who i would be voting for sure!

so far i noticed some things that want to ask about:
- GLA scrap-boxes seem to appear very rare, like most units just don't leave them = are you planing to make GLA upgrade only with GP-upgrades?
- some tier3 new defenses are not as "epic" as was expected. Nuclear missile launcher is most dull dew to range - sometimes i see even non-artillery units outrange it.
- why Terror GLA has for free artillery unit, that Fortress must open with GP? or am i wrong and it's different units?!

Amazing mod, probably one of the best for the Generals. A little suggestion here,
maybe change the devastator voice to the dune devastator? Like it was in the Shockwave. I think that voice are suit better. And make the baneblade a little bigger, about 20%, a tiny baneblade does not look badass enough. Thanks for reading all this.

game is ok in skirmish,
but not once we were able to play in multiplayer via game ranger -
the game either give a mismatch error or just disconnects one of the players
no such problems with other mods

Il have problem with this mod some help...When play challenge after doctor trax all time crash