In this update we focus on improving tracking and hunting aspects of the game. The update includes many improvements including bullet penetration and dinosaur bleeding. Read on to find out more.

This update brings many improvements to the environment and the sound atmosphere. We’d like to hear your feedback, you can chat with us on Discord or give feedback straight in the game. 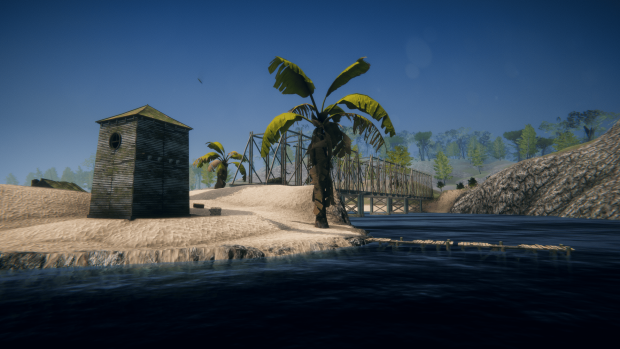 Dinosaurs leave blood tracks when they are hit. When you hit more vital organs a bigger blood mark is shown on the ground. If bleeding occurs then subsequent blood tracks are left on the ground as the dinosaur moves. A dinosaur could die of bleeding. 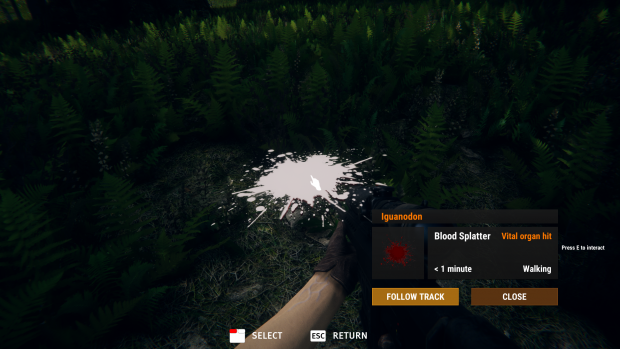 The overall visuals of tracks were improved making them more clearly visible on the ground. 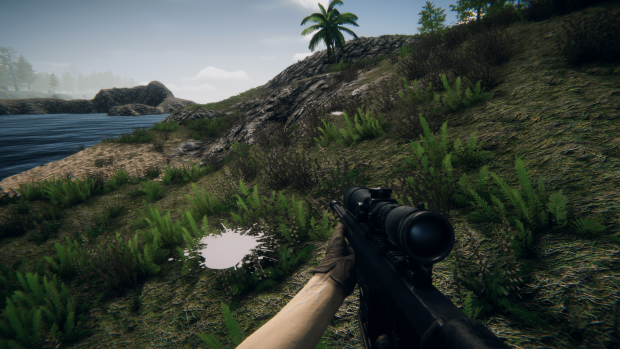 Lungs (Left and right) were added as possible hit parts for all dinosaurs. They are vital organs and provide a good way to down your catch. Minor improvements were also made to existing hit parts.

Armor hit point was added for Ankylosaurus showing hits that are made against their tough top armor.

Guns can now penetrate more than one organ with one hit. Penetration rate is dependent on the gun. The lowest penetration you have with the pistol and the highest with the 50 cal rifle.

Each shot is now displayed separately in the dinosaur harvest screen. Each shot displays who shot it and which organs the bullet hit. 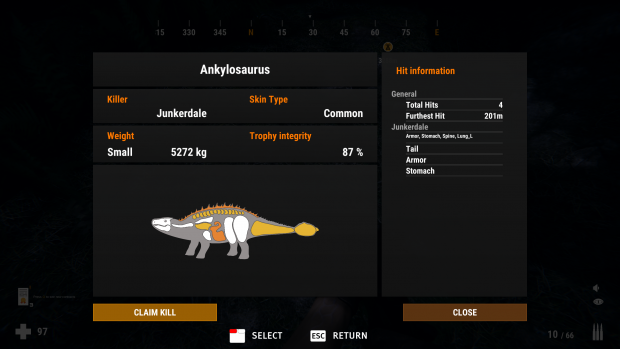 Render distance has been improved from 1 kilometer to 1,5 kilometers (0.62 miles to 0.93 miles). This new maximum is on by default for new players. Old players will need to set the new maximum render distance manually in the options. 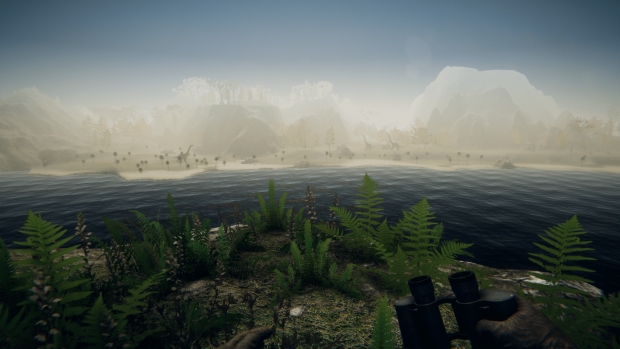 Pteranodon attack was improved making it more challenging. It now makes a proper dive attack. Also it varies it’s flying height more and is a lot faster than before.

Aiming a gun now takes into account the stamina of the player. It will be harder to properly aim a gun when stamina is low or when out of breath. Gun sways less when shooting in crouch position. To steady your aim in more difficult situations use Q to hold breath.

All firearms make a bigger echo. Amount of echo depends on the size of the weapon. Other players can hear the gun echo from a distance.