It’s quite a while ago since we made the last „real“ update on the progress of open Outcast. To be a bit more precise, the last real “visible” update was the release of our appreciated Techdemo Oasis 1.1. This will change now, prepare for another visual proof on the progress of our beloved project. We are really proud to present the first parts of… OKASANKAAR!

In this feature, we will show you the current status of the map design of Okasankaar and we will also lose a few words on the design process and how a map is being created from scratch...Or almost from scratch as we have the references from the old OC1 and can stick to them. More or less... ;-)

Our leveldesign process is split up in three phases:

In the pre-design phase we define how the map looks like. Before our map designers can start with the real work, they need to have a clear view on what has to be done afterwards. Of course it's also possible to do that without a plan BUT this would mean a lot of "afterwork" and "changes" in the later process of the leveldesign. We need to answer the following questions before we even start up Sandbox 2:

This includes some work on the drawing board to create some overhead maps to get an idea on the general shape of the map. This also means a lot of concept art, that the leveldesigners have an idea how the special places on the map have to look like. And last but not least, there will be a LOT of writing. Because before you draw something, it has to be clear that it's even existing. And that's the gamedesigner's part then. To describe the places and locations in words. This is also the reason why the first leveldesign document is only containing pure text. 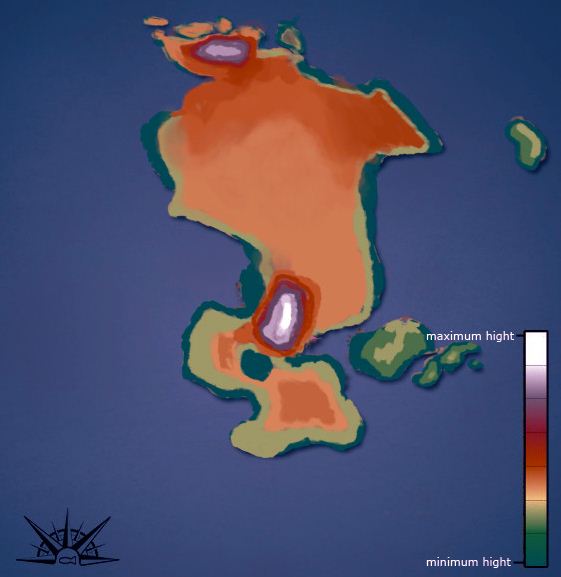 Okay, but when do we start with the real level editing then? Right now! As soon as the prerequisites are met and the questions are answered and all documents, drawings and overhead maps are there, the leveldesign process starts. The first thing here is to create the terrain, the heightmap and the texturing of the landscape. We don't have ANY assets in the map at this stage. This will assure, that the map is interesting in its look even without any cool and fancy 3D assets.

After that, we start with the flora of the map. The result of that is a map with all kinds of trees, bushes, grass, stones, trunks etc. placed. This is predefined by the habitat document that our art director is responsible for. The style and the kind of plants and flora assets is defined in there and will look differently in each region. Maybe just to point that out here, we ALL hate generic looking maps that feel like being made with a random asset generator.

Great, so the map now looks like a big empty sandbox decorated with a lot of trees, trunks, waterholes, hills and stuff. And now the interesting part starts, to decorate and design things like cities, special locations, houses, caves and things that need a lot of custom 3D assets. In Okasankaar, this will be things like the big city of Cyana or the Darosham at the volcano. After placing those assets and having everything in place then, there is one last step waiting for completion. So, almost finished?

No, not even close to. The last step is the hardest because the last step contains the finalizing and detail work. All the assets have to be placed at their perfect place. This is the place on the map where they look like as if they were born to be just there. The difficult and hard point of that rule is, that ALL assets need to be at that place. If this isn't the case, the map looks bad. That's a fact and it has been proven so many times by AAA titles, that I cannot count them all. It's perfection? Yes, it is. But this project and its fans do not deserve something else than pure perfection. 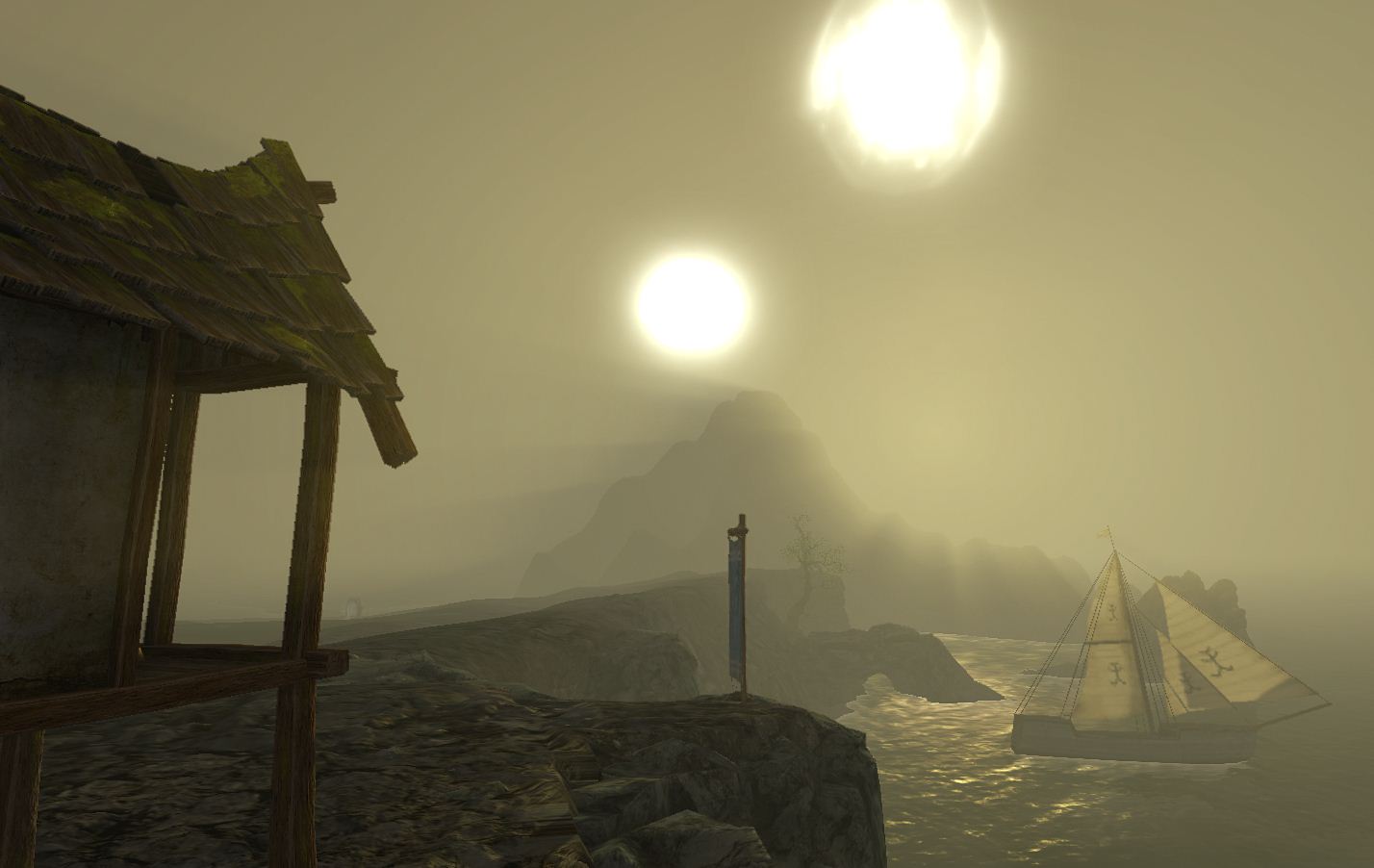 Okay, now to the stuff you've been waiting for the whole article. The pictures and the status of the development of Okasankaar. Currently we are in the second phase - the "Terrain, Fauna & Flora" phase. We already finished the pre-design since one or two weeks and we are now decorating the map with flora assets. Our current Sprint (yes, we started to use SCRUM in open Outcast and it works just fine!) is about creating and placing the first assets on the map and doing the terrain modeling. 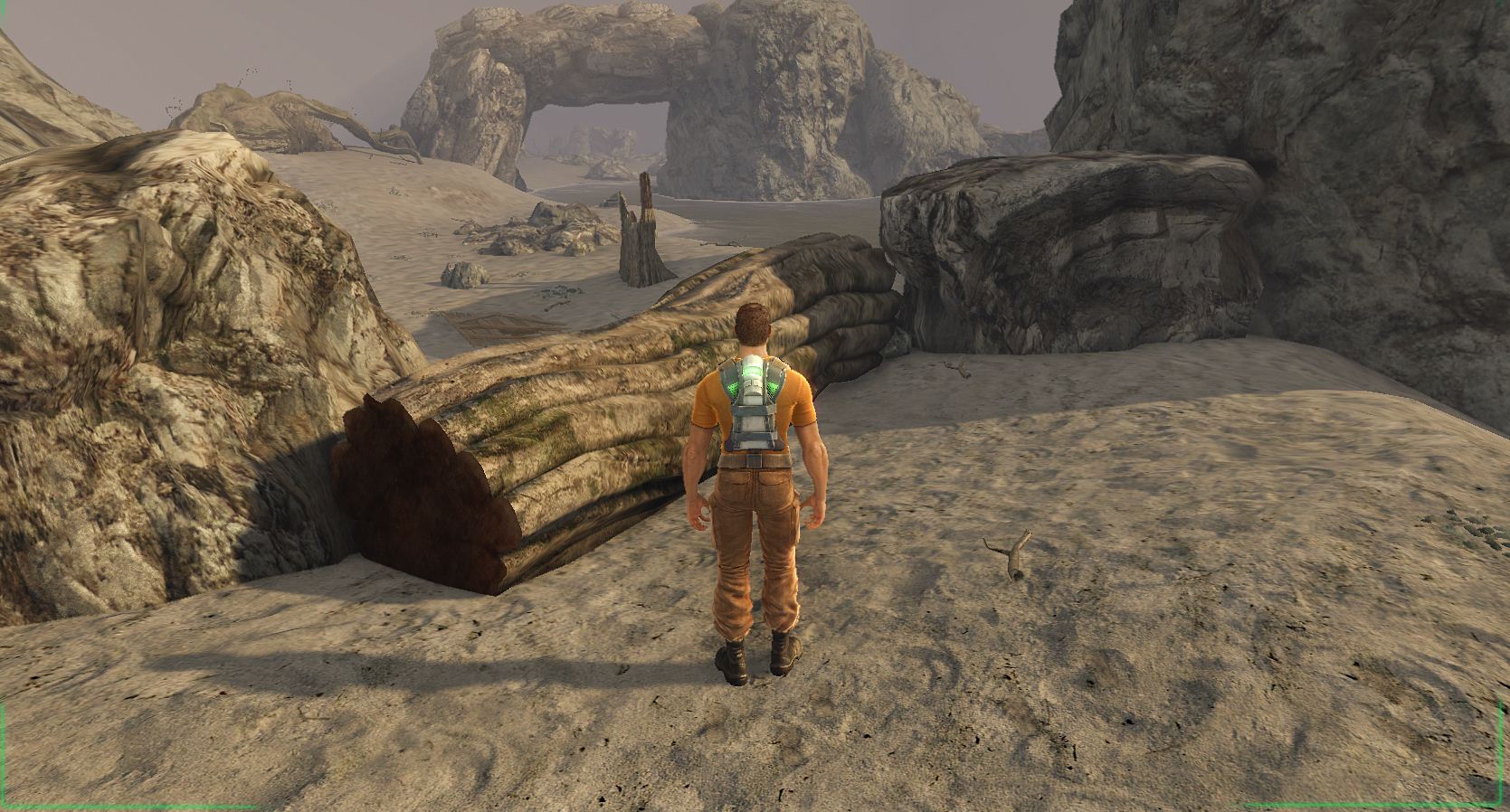 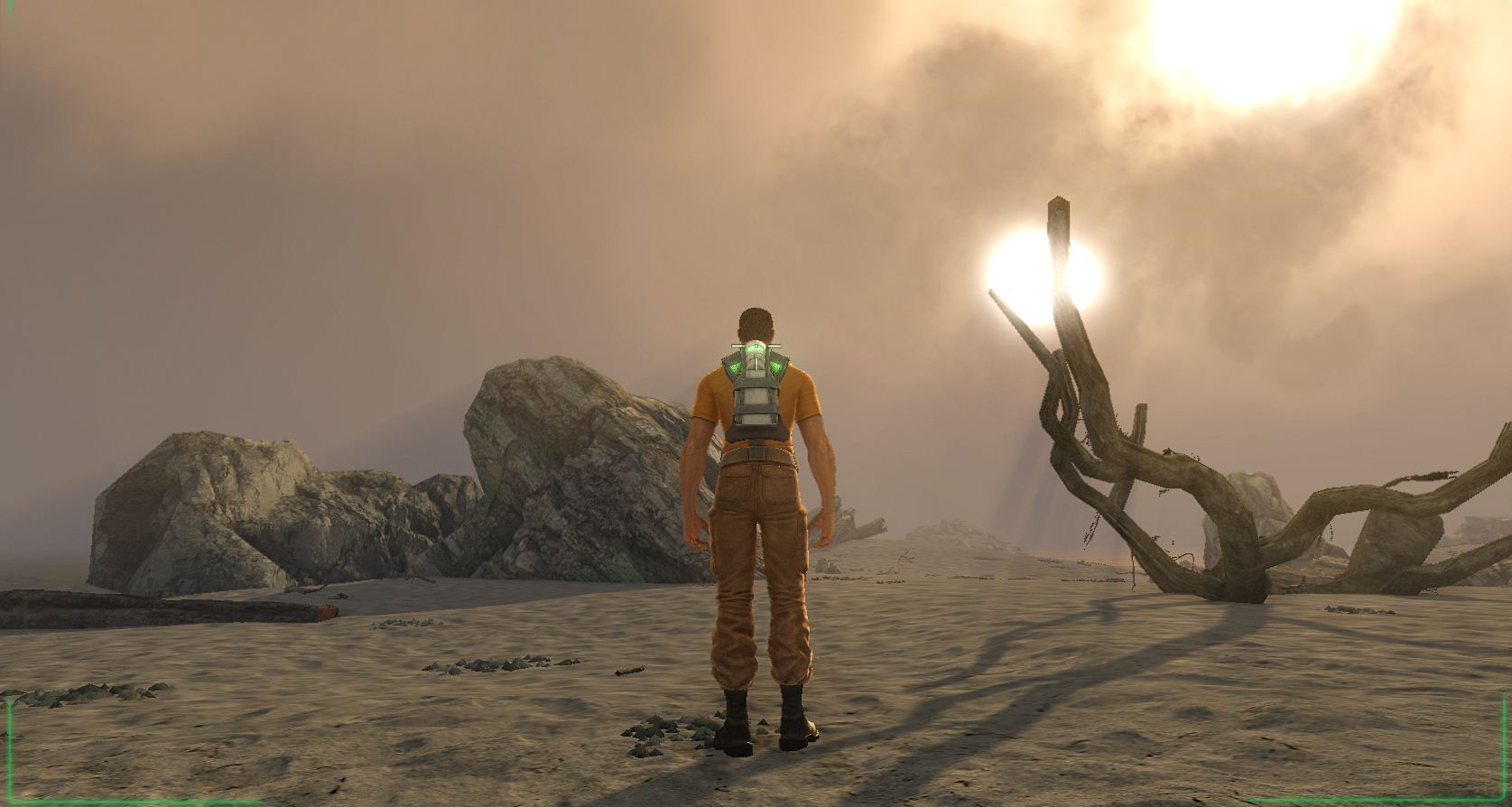 Currently our leveldesigners are building the shores of Okasankaar and the rocky coasts at the far end of the island. "Rocky coasts...?" you will ask. Yes, we are making Okasankaar bigger than it was in the original game. Of course we will keep the look and the style of the map as you know it but there will also be some new places you haven't seen before. The CryEngine gives us many new possibilities to bring our ideas to reality and we are sure that you will totally like that! 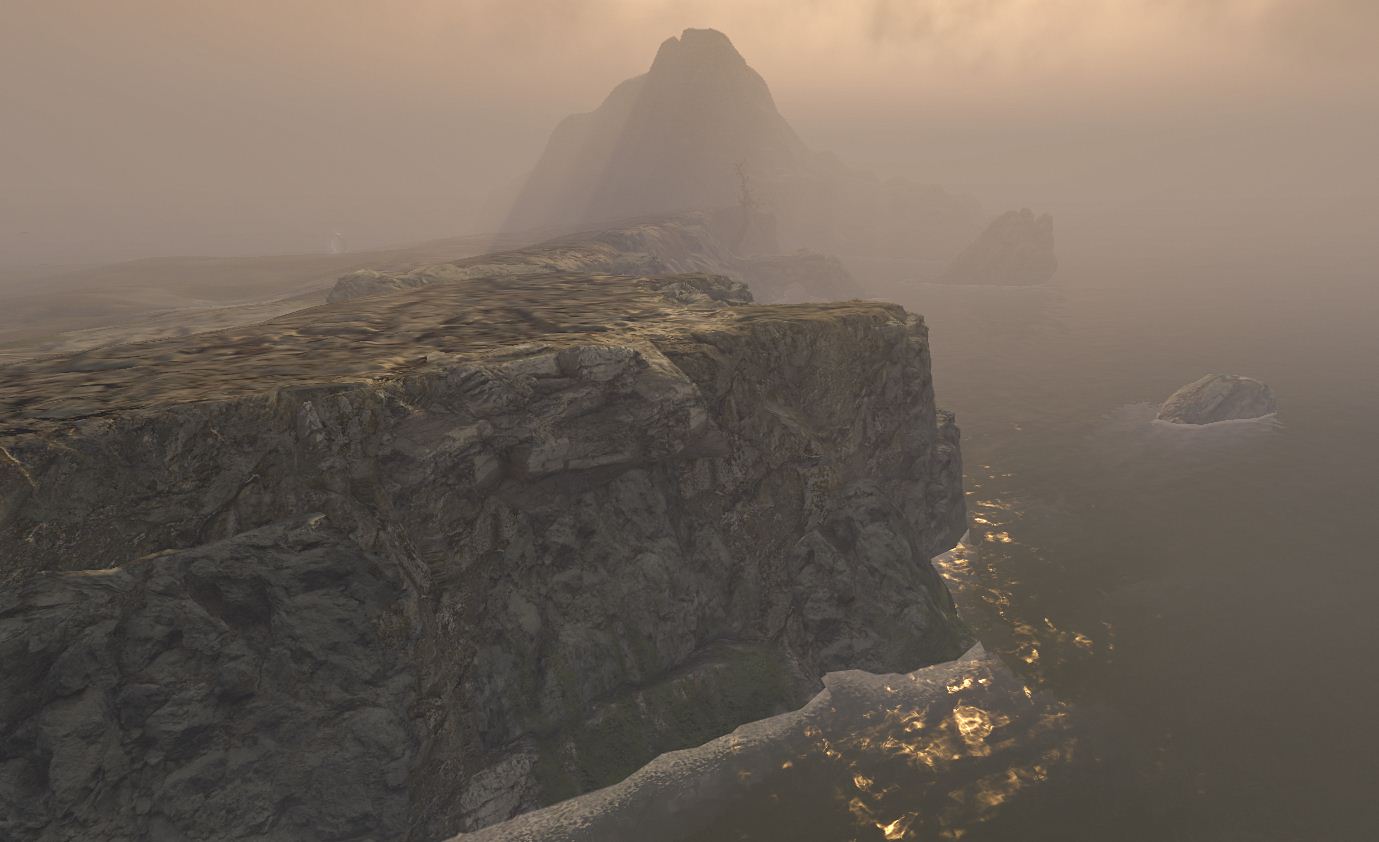 The Fauna & Flora of Okasankaar

As I already mentioned before, our art director has the task to create fauna & flora documents where it is described on how the plant and animal life of Okasankaar has to look like. We have identified three main zones in Okasankaar. The shores with its long sand beaches, the marshland with the waterholes and swamp-like areas and the rocky coast near the volcano of the Darosham. 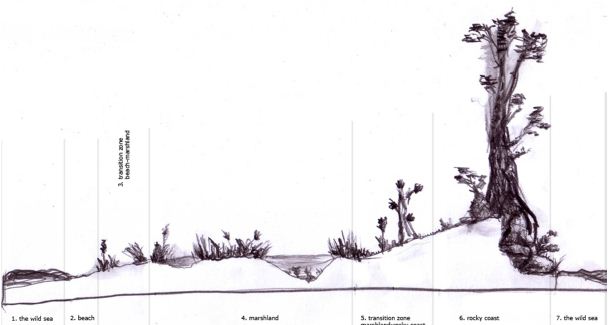 On the animal side, we also have some new creatures never seen before on Adelpha like the tiny and cute Kekea - an animal similar to a penguin on earth. They live in small colonies near the rocky coast in the north of the island. 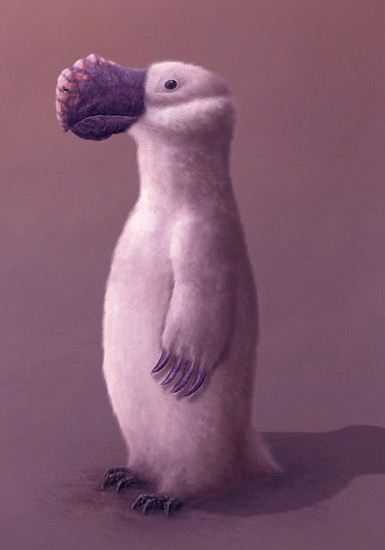 But we also have smaller animals, like the Sammenta. A rat-like creature living all over the island, hiding in tree trunks or in small caves. 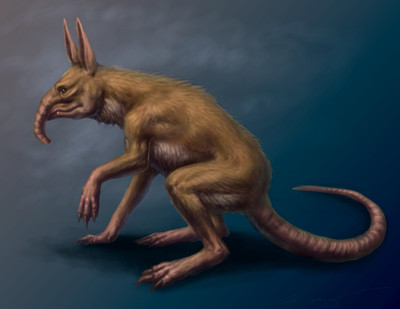 Thats it for the moment! Okay people, this feature should give you a good overview about what the status of the project is and that we are still "in motion". It would be cool if you would honor this article with a simple vote for our project in the MotY Awards where we are nominated as an upcoming mod. Thanks for that!

We are still looking for talented artists (2D and 3D) - just have a look in the job section at our homepage for more information on how to apply.

I want a kekea! Cute.

Are these animals agressive or they're "neutral", like TwonHas?

These animals are not aggressive...they are planned to be just running around. Neutral animals that support the atmosphere ;-)