Post news RSS Only 1201 Years Until The “Real” Fun Starts

Mugalo (hello) and welcome to 2017. There’s an old saying in car circles, “if you can see it coming, you can’t stop it.” — or as described in some German proverbs, “fate is paralyzing”.

Mugalo (hello) and welcome to 2017. We have decided that the game will take place in the year 3218. This means that the “fictional” narratives of our world will not be proven correct for 1201 years. There’s an old saying in car circles, “if you can see it coming, you can’t stop it.” — or as described in some German proverbs, “fate is paralyzing”.

We’ve made some decisions:
1. There will be one of two rival operating systems installed on each ship: Jundows & Pateintosh.
2. We changed the name of the game to LILITH (all caps). This is probably (87.3% chance) final.

We skipped our post last Sunday because we were celebrating an obscure american holiday. However, we’ve got cool things to show off.

I mostly worked on an algorithm that can automatically generate interstellar ships that the players will fly throughout our galaxy. These are meant to be random ships that you can find at various ship-dealers on planets and star-bases throughout the galaxy. They are going to be customizable and configurable — therefore — they’ve got a very modular look to them — and you can see (fairly clearly) — that they are composed of axiomatic pieces. I think this is a somewhat natural conclusion given the nature of current space-craft technology (lots of ports, cylindrical modules, bays, etc). I do think that future modules will be more cube-shaped (which maximizes volume) due the fact that ships will no longer need to be crafted to fit into cylindrical aerodynamic rockets that are launched from the ground.

Obviously there are some highly advanced components on these ships (enabling stellar travel) and these are meant to feel somewhat dark and frighteningly-advanced. I hope that’s the feeling anyway. To me, something that can travel faster than light should look unnatural — as if it is disturbing that natural order of the galaxy.

So anyway, here is some ship-media. You can see the long wavy strands (these are the solar sails), some bizarre engines (in work), and some hulls w\ differing geometries. This is a work in progress, and I am still adding pieces & meshes that make the generator more dynamic. There is much to do. Hopefully next week, I’ll have more going on with surface decals, ferrofluid shields (to be explained), colors, and textures. Thanks for reading this & happy new year :). 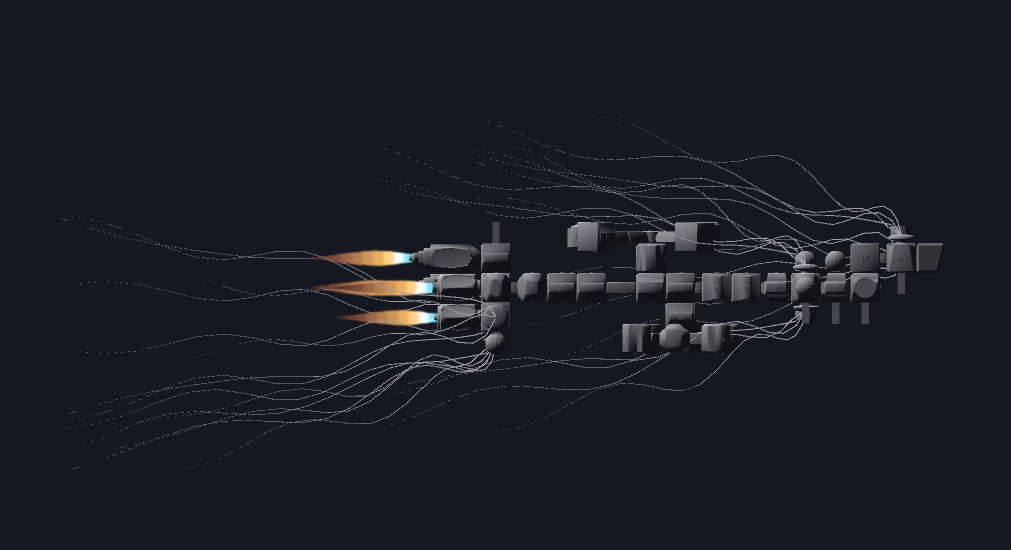 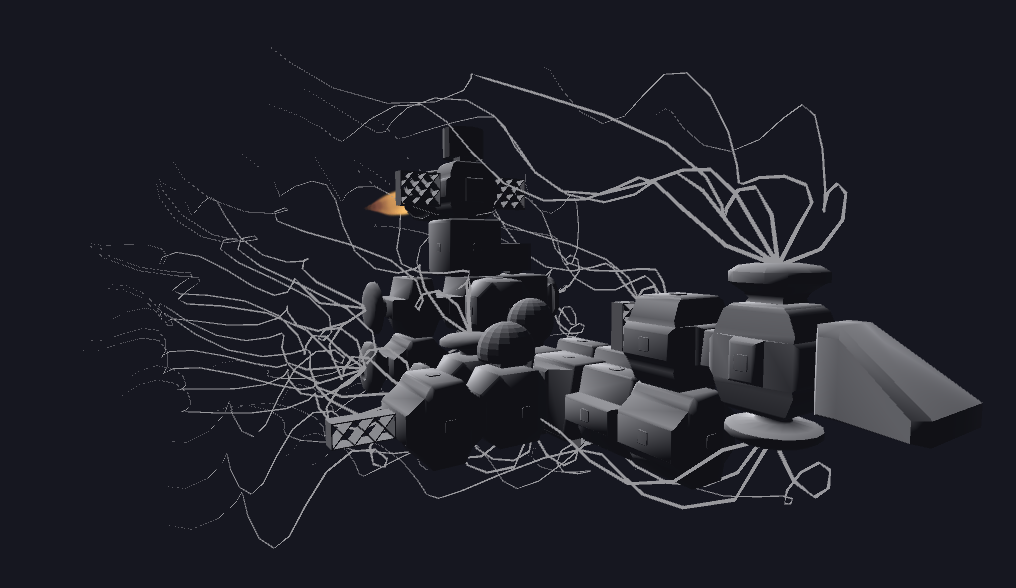 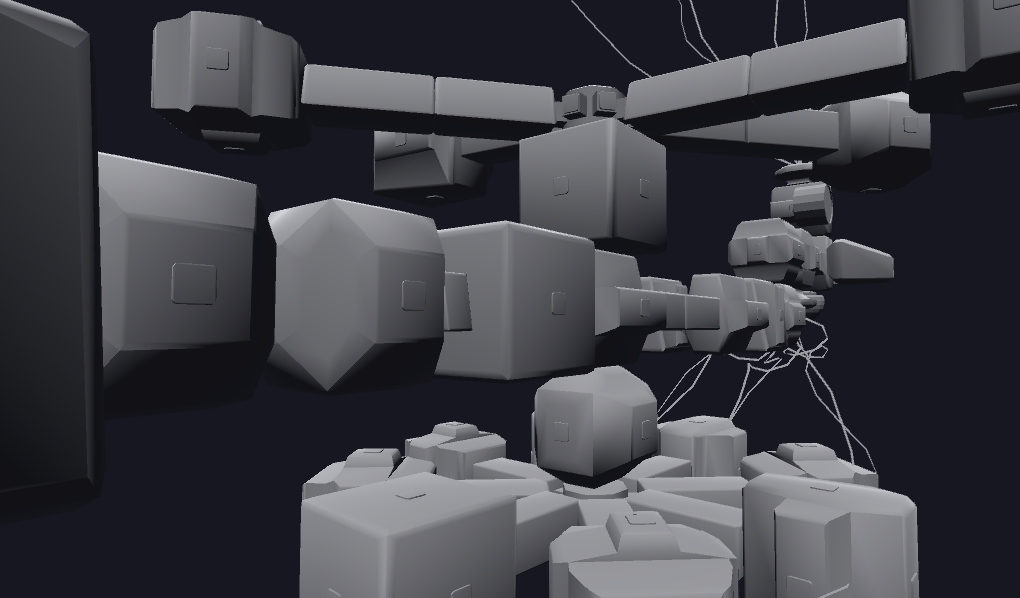 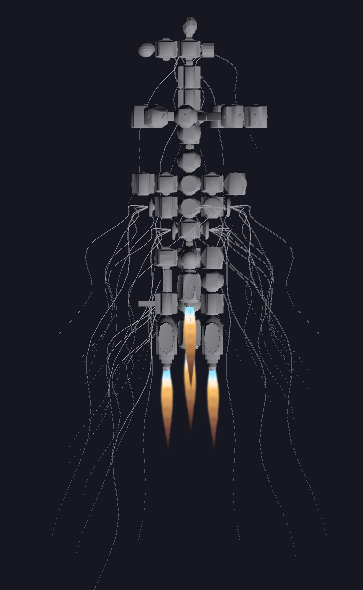 I like your kind of humour. BTW - what was previous game's name?

Oh hey, thanks! It used to be called "galactic sailing". I don't know, this was too generic, haha, would be like naming Call of Duty "shooter boys" or something.