Thanks to the work of coding, design, and balance testers Operation Market Garden now has the Opposing Fronts factions' new units for this big November update. There was also a balance patch and some big updates to the OMG:Wiki.

Thanks to the work of coding, design, and balance testers Operation Market Garden now has the Opposing Fronts factions' new units for this big November update. Additionally, thanks to Eliwood(Brummbar), DMZ(Brummbar), Tankdestroyer(Comet & Churchill), DemoSS (1st SSF Beret & Gebirgsjäger), Loran Koran(Nashorn & MG34), and Widowmaker(Comet) for their contributions. There will be additional content over the coming weeks as well. 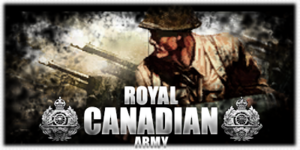 The Tank, Cruiser, Comet I (A34) was a British tank that first saw use near the end of World War II. It was designed to provide greater anti-tank capability to Cromwell tank squadrons. It was armed with a 77mm HV, a derivative of the 17 pounder, with the result it was one of the few British tanks with
the firepower to challenge late war German designs. It remained in British service until 1958 seeing further combat during the Korean war.

In Operation Market Garden this maneuverable medium tank is ideal for killing Axis vehicles and medium armor. It can manage versus infantry, but isn't the most efficient tool.

The Devil's Brigade (also called The Black Devils and The Black Devils' Brigade), officially the 1st Special Service Force, was a joint World War II American-Canadian commando unit organized in 1942 and trained at Fort William Henry Harrison near Helena, Montana in the United States. The brigade fought in the Aleutian Islands, Italy, and southern France before being disbanded in December, 1944. Many modern American and Canadian Special Forces units trace their heritage to this unit.

In Operation Market Garden this unit can cloak with reduced sight range, purchase demolition charges, booby traps, and the Johnson light machine gun, a weapon that can't fire on the move. 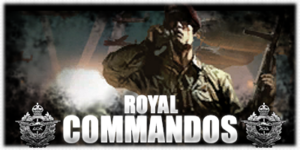 The Ordnance QF 2-pounder was a 40mm British anti-tank and vehicle-mounted gun. It was actively used in the Battle of France, and during the North Africa campaign. As tanks became sufficiently armored to stand up to its shots, it was gradually replaced by the 6-pounder, starting in 1942, though some remained in service until the end of the war. In its vehicle-mounted variant, the 2-pounder was also a common main gun on British tanks early in World War II, and was a typical main armament of armored cars throughout the war.

In Operation Market Garden this light anti gun can deploy from gliders, ambush, and is effective against light vehicles. 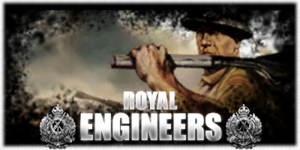 The Stuart Crocodile was a variant of the Stuart Tank with a flamethrower instead of a main gun. Flame tanks did not suffer from the same vulnerability as man-portable flamethrowers, carried much more fuel, and fired longer-ranged flame bursts.

In Operation Market Garden this unit is based on the fragile Stuart chassis and has a flamethrower as a main gun instead of the 37mm. 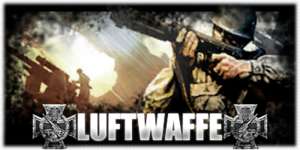 Gebirgsjäger, or Mountain Huntsmen in English, is the German designation for mountain infantry. During World War II the Wehrmacht raised a number of these units. An entire corps was formed in Norway by 1941. Mountain divisions were lightly equipped, with much of the transport provided by mules. These mountain infantry were equipped with fewer automatic weapons than regular infantry, however their machine gunners were provided with more ammunition than their regular infantry counterparts. Mountain infantry were identified by the edelweiss insignia worn on their sleeves and their caps. Mountain infantry participated in many battles, including the invasion of Norwary & Denmark, several operations against Murmansk, the fighting in the Caucasus, the defense of the Gothic Line, the invasion of Crete, and the battles in the Vosges region of France.

In Operation Market Garden this three man specialized unit gets an area of effect mark target ability versus infantry, sniper ability, and is equipped with G43 rifles.

The Maschinengewehr 34, or MG34, was a German machine gun that was first produced and accepted into service in 1934, and first issued to units in 1935. The air cooled weapon was used as the primary infantry machine gun during the 1930s, and remained as the primary tank and aircraft defensive weapon. It was to be replaced in infantry service by the related MG42, but there were never enough quantities of the new design to go around, and MG34s soldiered on in all roles until the end of World War II. The MG34 was intended to replace the MG13 and other older machine guns, but these were still being used in WWII as demand was never met. 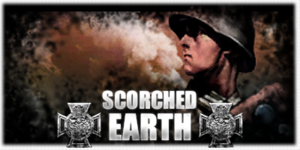 On June 22, 1941, Germany launched an invasion against the Soviet Union, code-named Operation Barbarossa. This invasion, the biggest in recorded history, started the most bloody conflict the world has ever seen; the Axis-Soviet War. The Eastern Front was by far the largest and bloodiest theater of World War II. It is generally accepted as being the costliest conflict in human history, with over 30 million dead as a result. It involved more land combat than all other World War II theaters combined. The distinctly brutal nature of warfare on the Eastern Front was exemplified by an often willful disregard for human life by both sides. These soldiers were either in units transferred to the West or placed into reconstituted formations created from forces shattered in the East.

The Sturmpanzer IV was a German armored infantry support gun based on the Panzer IV chassis used in the Second World War. It was used at the Battles of Kursk, Anzio, Normandy, and helped to put down the Warsaw Uprising. It was known by the nickname Brummbär by Allied intelligence, a name which was not used by the Germans. German soldiers nicknamed it the Stupa, a contraction of the term Sturmpanzer.

In Operation Market Garden this armored unit has a normal and an incendiary shot ability with good survivability. Also, it can buy side skirts and a top mounted MG42. 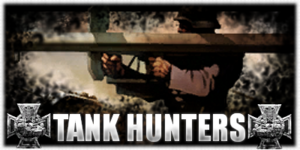 Nashorn, initially known as Hornisse, was a German tank destroyer of World War II. It was developed as an interim solution in 1942 and was armed with the powerful PaK 43 anti-tank gun. Though only lightly armored and with a high profile, it stayed in service until the end of the war and proved to be a quite successful tank destroyer.

The 7.5cm PaK 40 was a German 7.5 centimetre anti-tank gun developed in 1939-1941 by Rheinmetall and used during the Second World War. PaK 40 formed the backbone of German anti-tank guns for the latter part of World War II.


Thanks to help from Sturmtruppen of CoH-Stats.com the OMG:Wiki now contains over 180 pages with in game OMG Weapon Statistics. Check out Statistics Explanation article for information on understanding what all those numbers mean. These statistic pages are also linked through the infobox on the right side of each unit page like the Panther. Abilities are planned for a future update.

With Lisek's graphic help there is now a New Users Section on the OMG:Wiki. Also, I improved the Unit Directory to make it easier to find unit articles.