Today we're posting a quick update to let you know about the great progress we've been making on Cloud City (as well as new sound effects – Richard Goulet is responsible for creating these epic sounds - concepts and new/improved 3D models).

On top of this, we want to take a minute to mention our awesome new partnership with BlackIntel, who are letting us use their servers and storage! They are a great bunch of people and we highly recommend you check them out. More info on this partnership will be released at a later date.

Regarding the First Strike merge, we now have everything set up to ensure that assets from the First Strike and Battlecry teams is all in one place. We are still in the process of evaluating First Strike assets and getting the usable ones ready for UE4. This will take some time, especially as many team members have been very busy with other commitments. Things are moving in the right direction, however!

So, without further ado, it’s time to show you guys some progress: 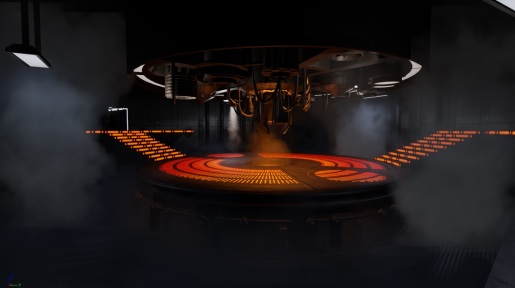 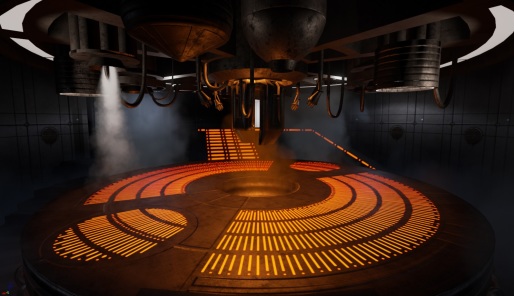 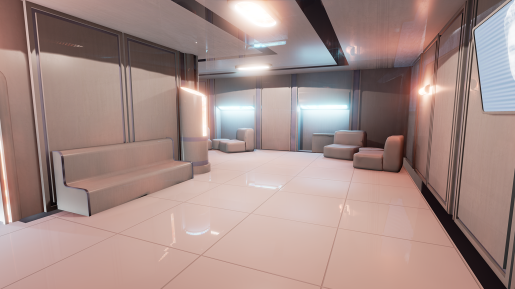 As you can see above, a lot of work has been done trying to get the lighting in the Carbon Freezing Chamber as atmospheric as possible (Joseph Greve, Ande and Sharky have been the main contributors to this part of the level). On top of that, a lot of effort has gone into creating high quality props and textures: this level of detail is exactly what we're aiming for. Other areas such as the residential area have also been worked on and are coming along nicely! 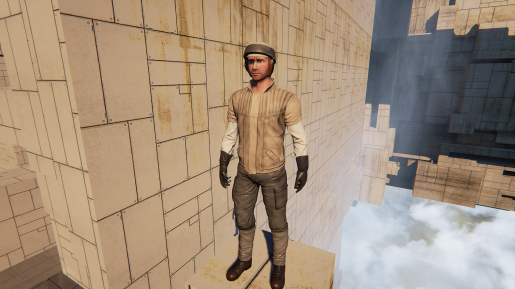 Above is our re-worked and improved Rebel Trooper model by Ande. We have tried to go for a very detailed look, consistent with many of our other quality 3D models. Once we have the vast amount of First Strike models imported into UE4, we can begin to take what the First Strike team has done and build upon it, ensuring we get the most out of the powerful new UE4 features. 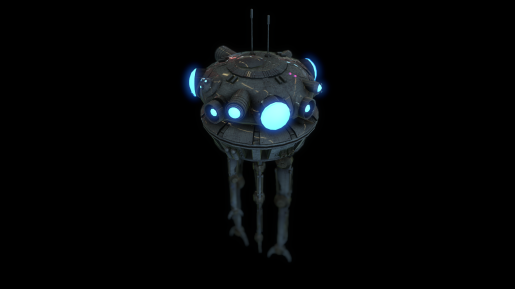 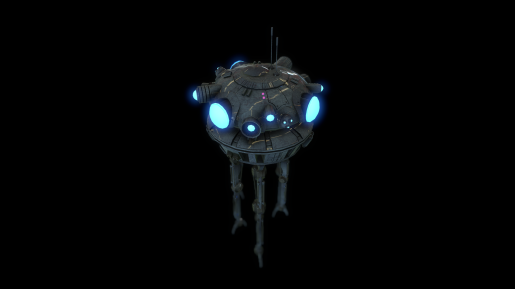 Member Thomas Woodward started work on a fantastic Imperial Probe Droid for us a few months ago but now you can see his latest progress.

In case you're wondering where the team is at with regard to our menu concepts and HUD designs, due to several brand new features making their way into the latest version of UE4, we've decided to come up with several fresh and exciting ideas. We won't be revealing too much of this at this time as they are still conceptual (and we've shown enough WIP menu/HUD concepts for now!) but we'll keep you updated.

As always, stay tuned for more and may the force be with you!

PS: If you have skills and have some free time at hand, contact us! We're especially in need of Animators, 3D Artists (primarily for weapons and equipment) and Environment Artists!

Awesome work guess keep it up!

Wow that looks great guys. Looking forward to seeing where this goes.

Brilliant work altogether! The carbon chamber is so fantastic that I'd eat it in one pice if I could. This project doesn't stop astonishing me.

Looks like you guys are taking full advantage of the lighting in UE4, it really helps to bring out the sets. As well amazing work on utilizing HDR effects on that shiny floor, it looks soooo good!

Looking good'
i forget this is mod db with all the fancy colouring and formating so i forget i can log in ;p

This looks great! My only concern is that the project will get a C&D.

The Carbon Freezing Chamber literally looks nearly identical to the one in The Empire Strikes Back. Battlecry looks stunning and every time I see an update from you guys I get very excited.

I wish I had a several hundred more hours in a day so that I could use my skills to aid projects like this, LoA, and WiC all at the same time. Unfortunately with only 24 hours in a day I rarely get to have free time these days.

Looks pretty amazing. You guys are doing a fantastic job for a small indie team.

More detail in the overhead of the cryo chamber, perhaps some different textures on the pipework and some more hanging cables, have them as cloth physics so the cables can be cut and move about.

Nice update. Quite jealous actually as Bespin is a map I was quite interested in developing once upon a time. I'll have to find some spare time so I can actually make some active contributions to this part of the project.

Right, back to learning Unreal 4.

I see you have been a part of the First Strike team, does that mean you have plans of contributing to this project wnen you have learned Unreal 4? :)

Looking forward to it, you have some impressive work at First Strike!

Looks very good, keep up the good work guys. You'll be finished in no time.