This article is about the NSFHQ level. Including 6 new screenshots and information of the next release.

It's time for another update. Now, in the last article you saw some wip shots from NSFHQ right? Well, we're happy to announce that we finally got this level finished. As you probably read from the previous article we started this level all over again. However, this time we used the original level and expanded it a little bit and of course made it much harder.

In what way it's harder? As for an example, after you send the distress signal you probably just jump down from the roof and hit the load point. This is not possible in Revision version and there are a few reasons which are: A) There's a fence B) It takes time to travel to a load point C) EVEN if you manage to jump over the fence you will probably lose your legs and the snipers will sure get you and collect your head. We have also added a non-combat way which is the sewer in this case, but taking that route requires some hacking skills and if you are afraid of spiders, maybe pick another route.
So, it's your call.

How about some screenshots now? Alright, here they are, 8 new screenshots(2 which are older). Hope you enjoy them! 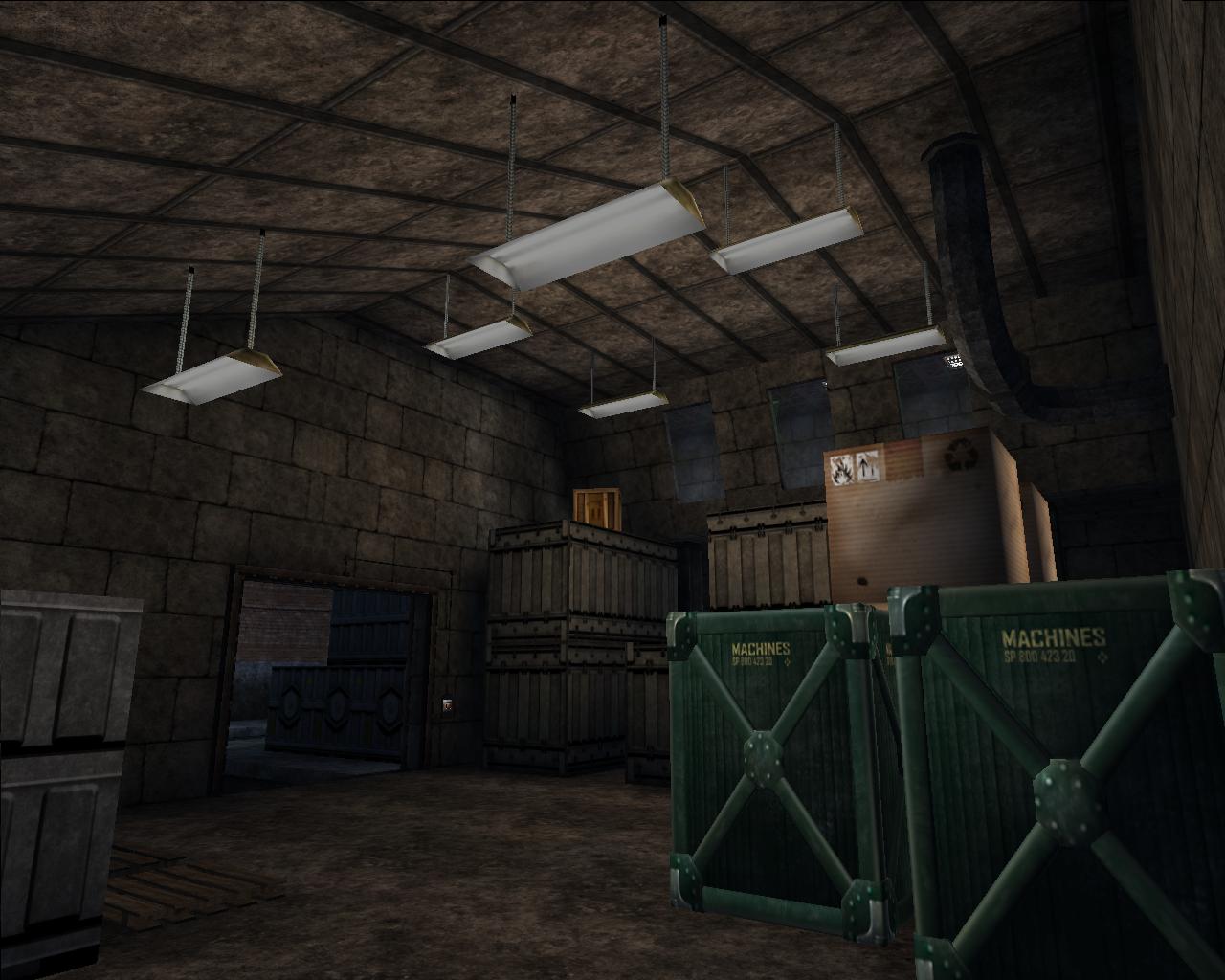 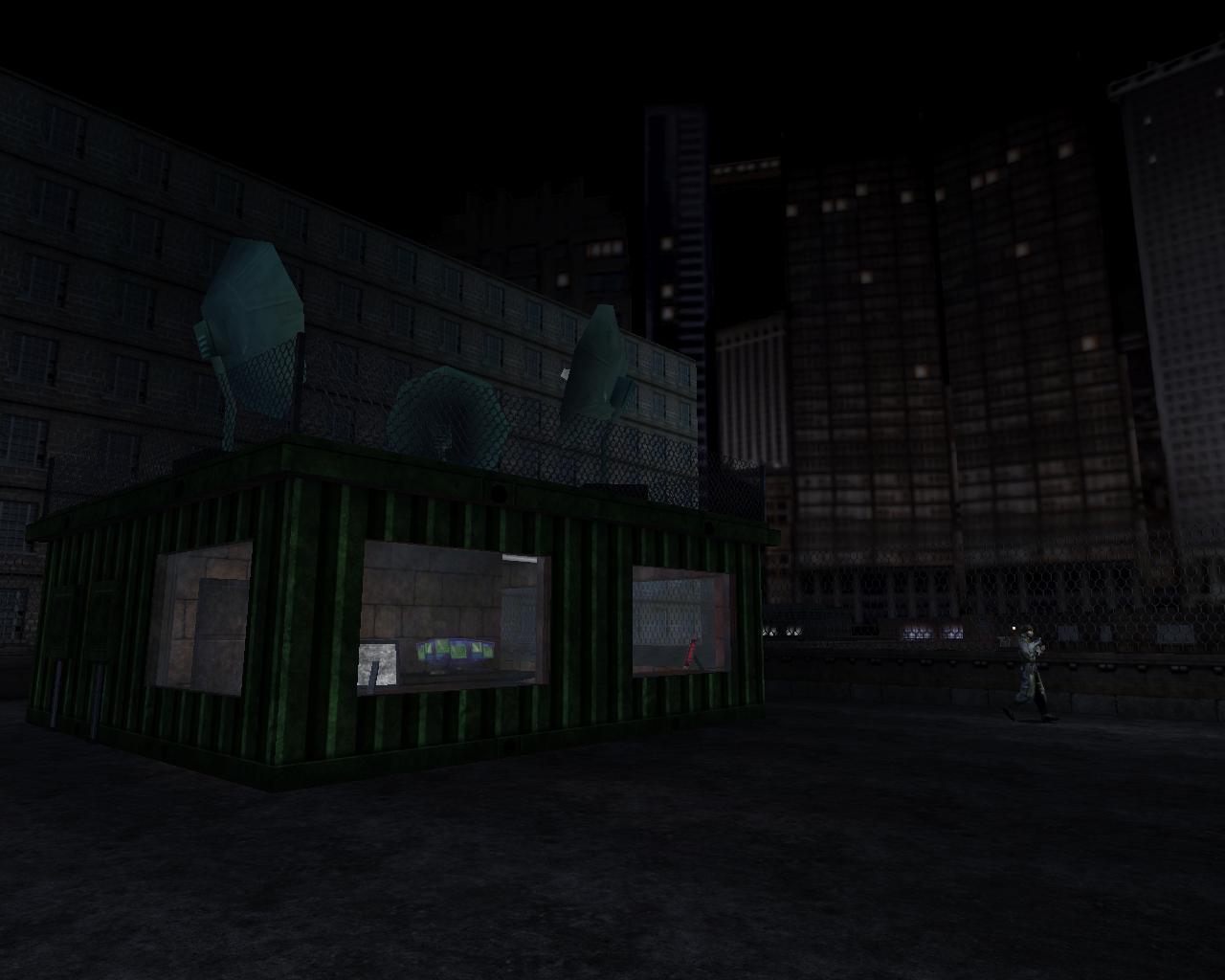 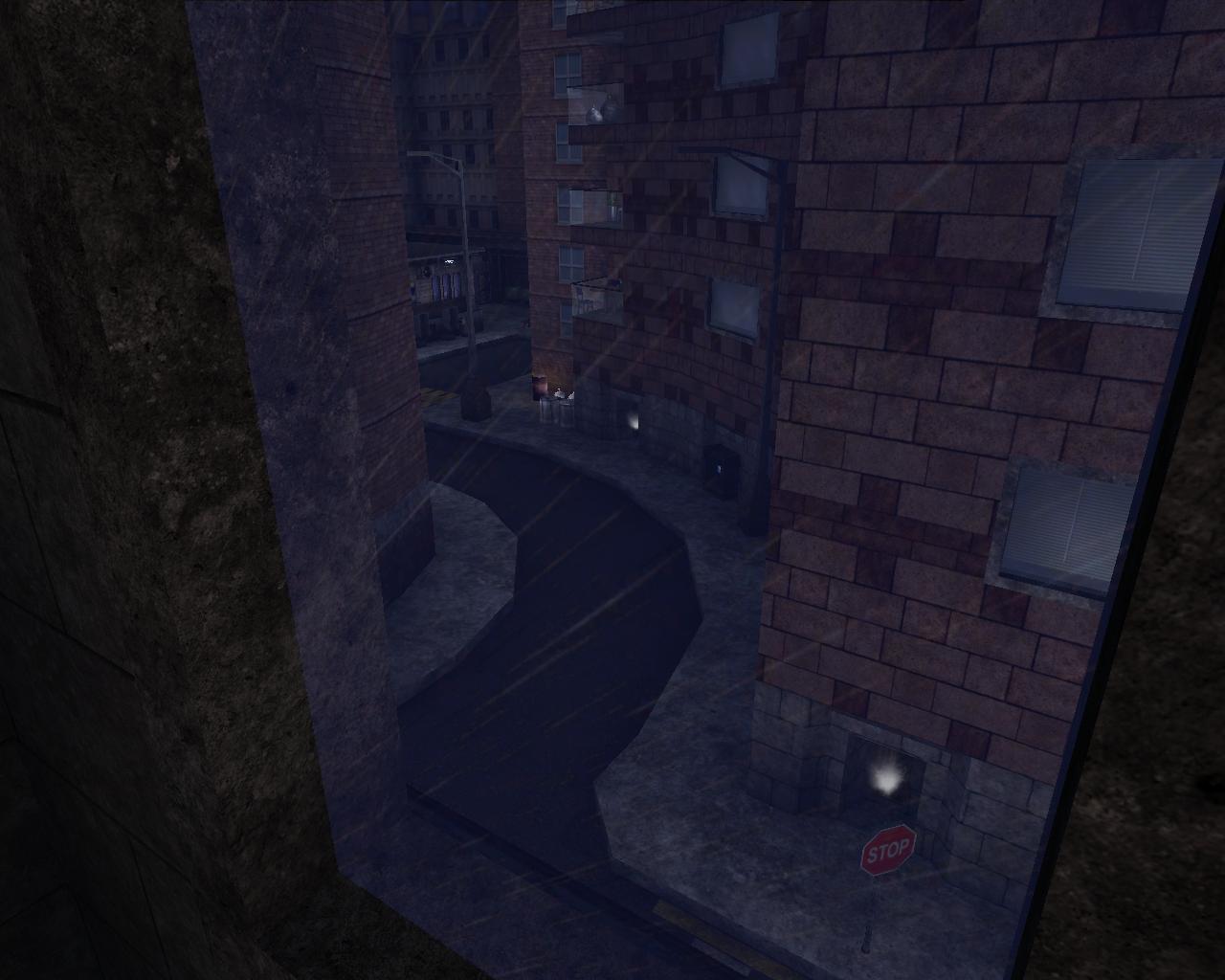 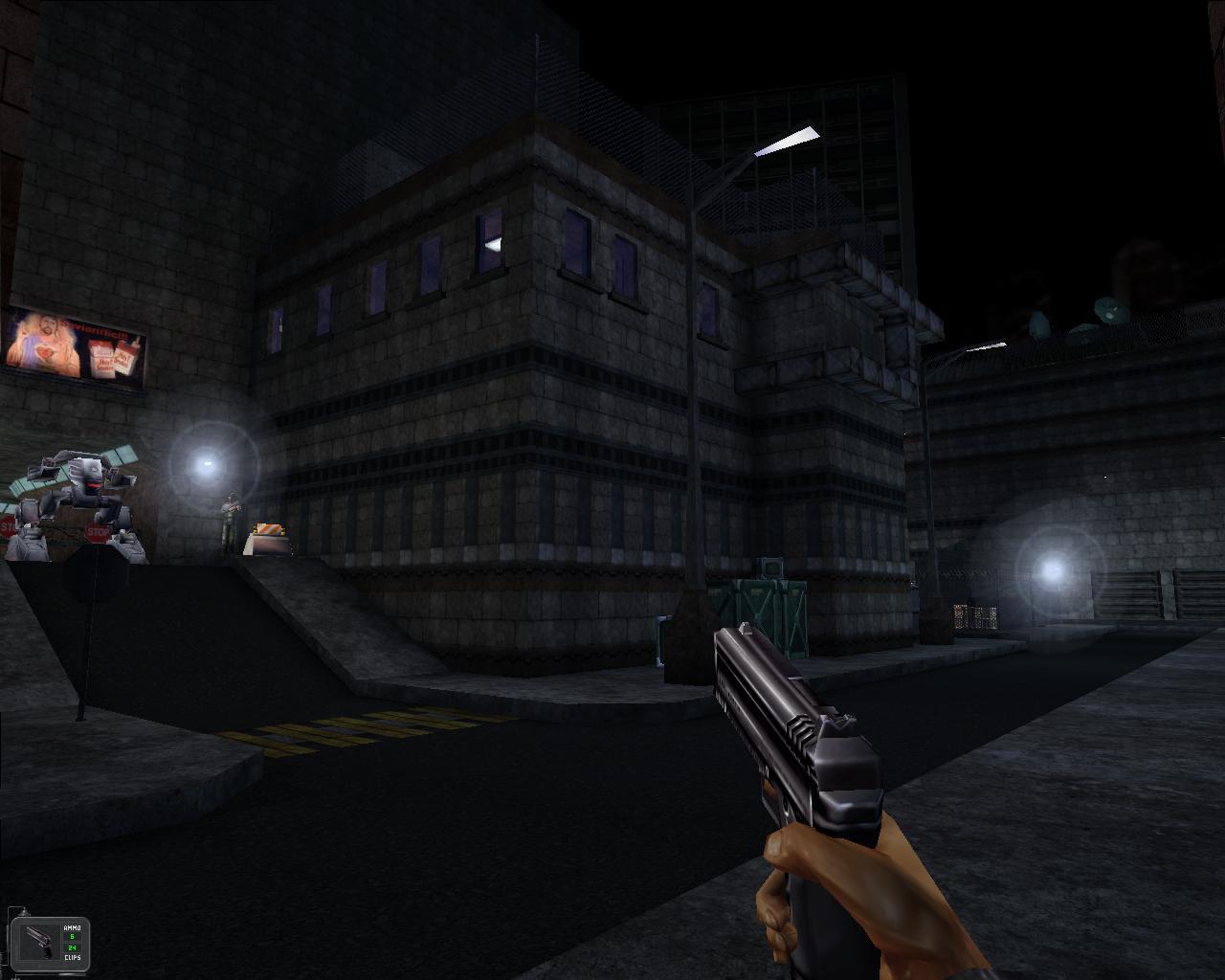 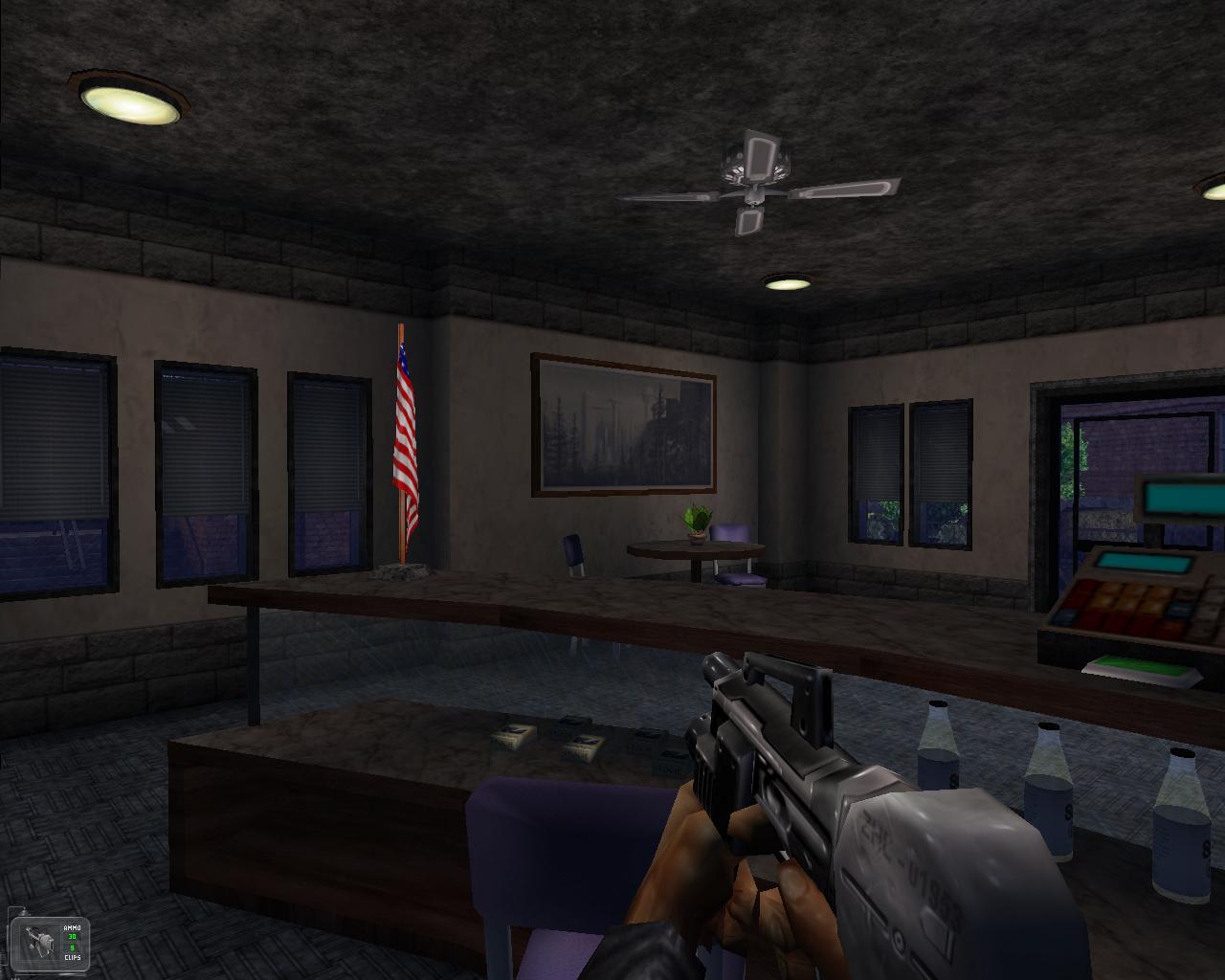 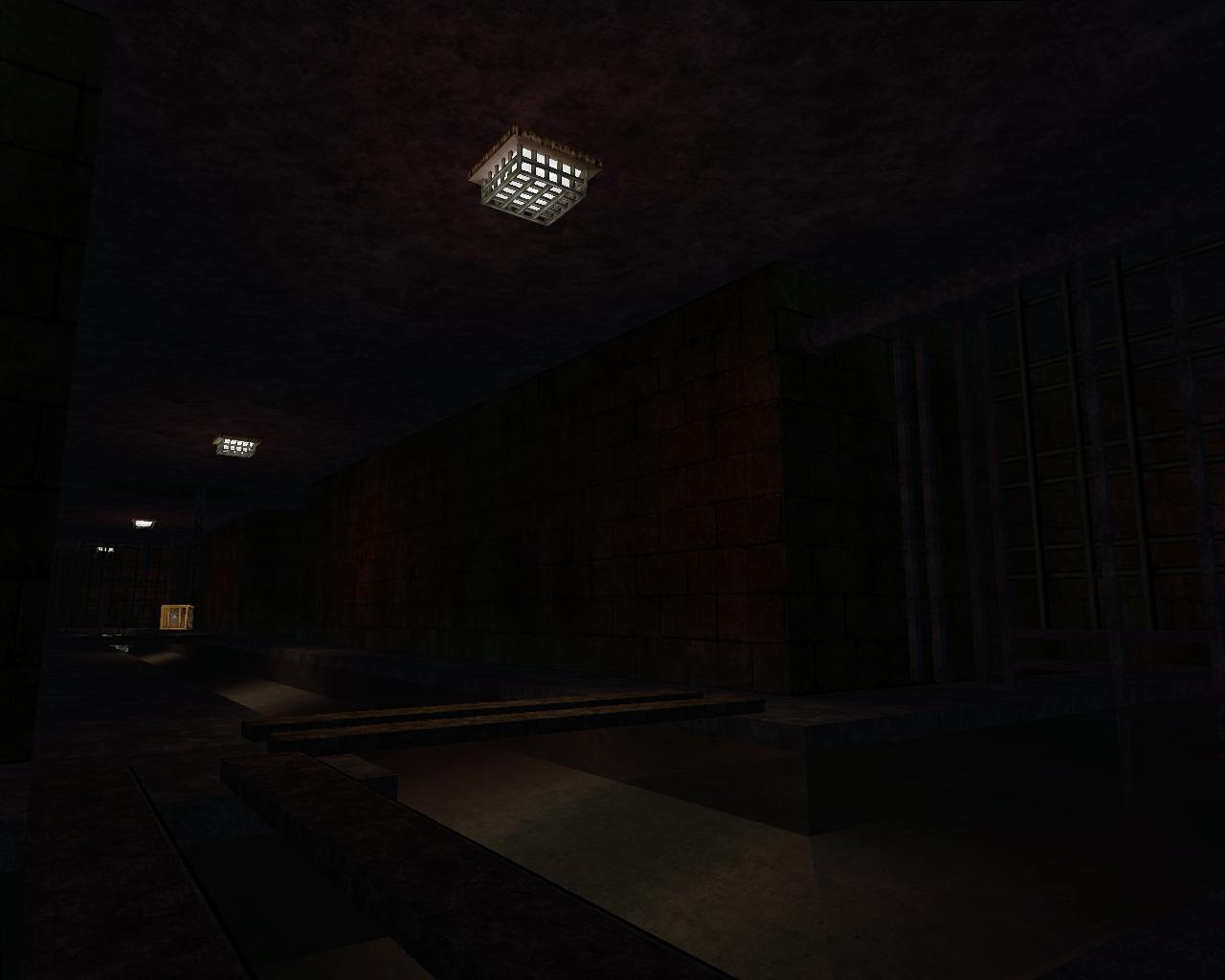 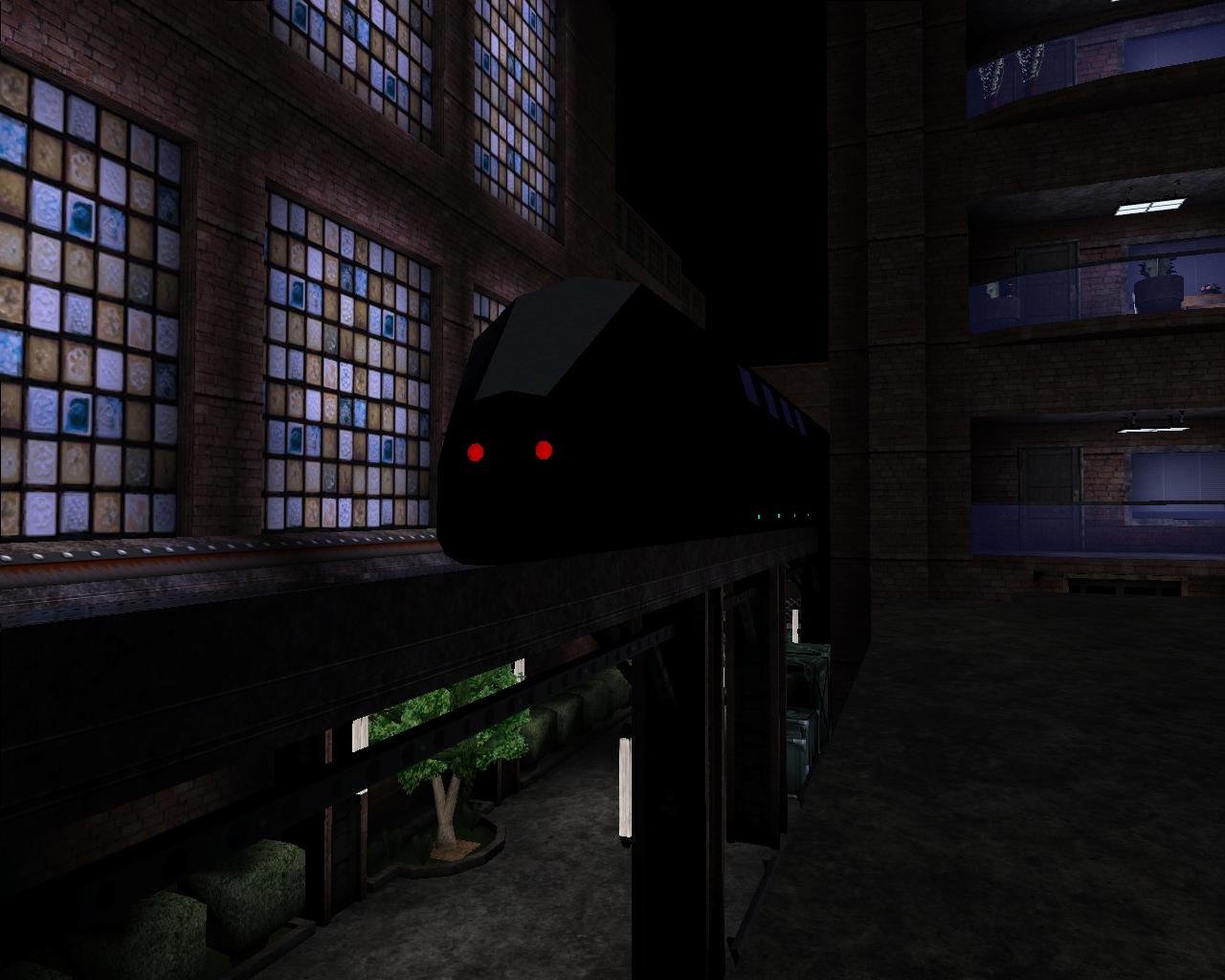 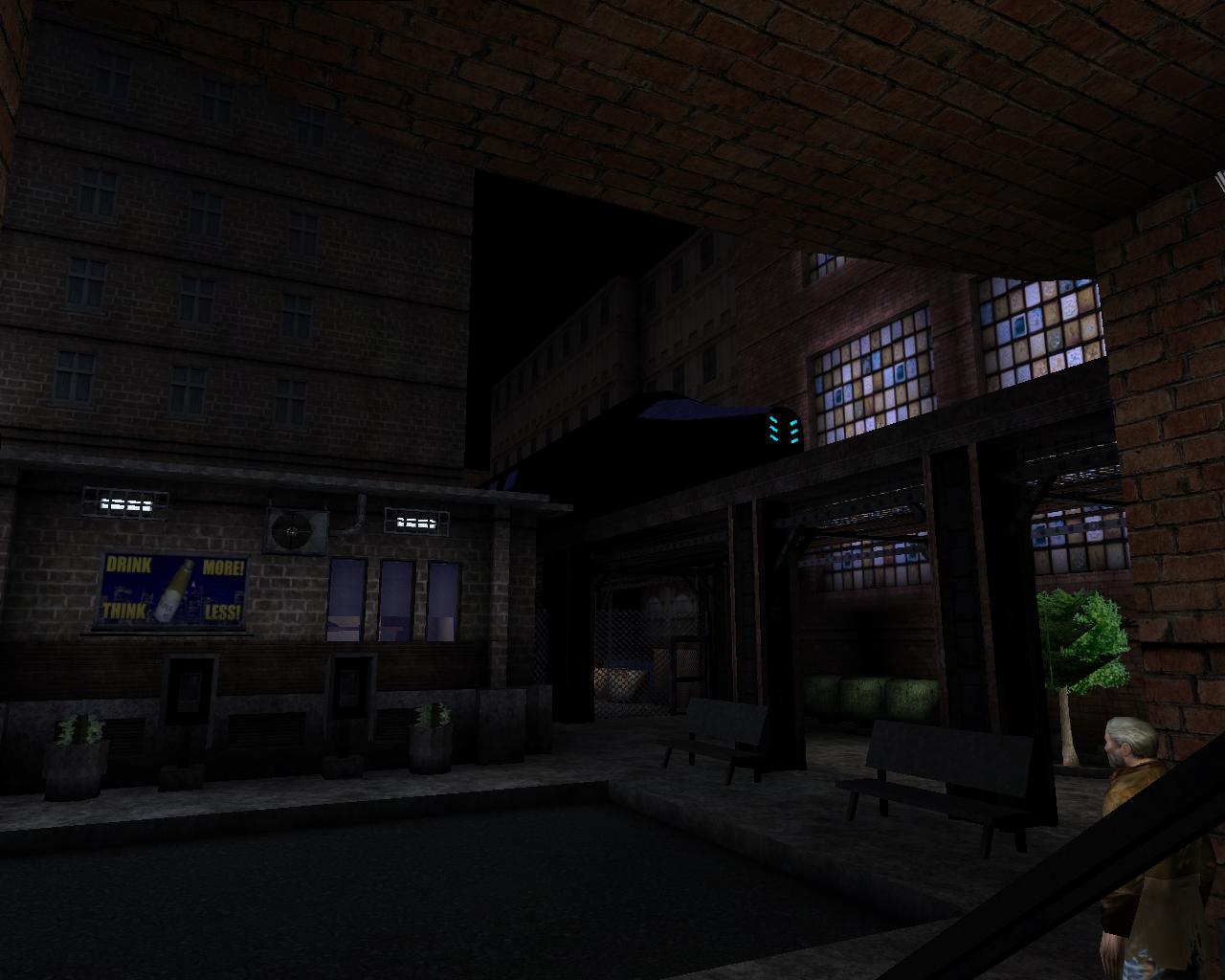 As for the Demo 1.3. Björn is still doing bug fixes and has fixed most of them. We aren't sure wether the new Hell's Kitchen and NSFHQ will be included in the 1.3 Demo, but there's a possibility that these totally new levels may be included. We'll keep you updated!

Holy crackpots how did I miss this one.

Looks very nice, I did like the first revision of it... This one looks even greater.

Just wondering if you know that (with a bit of hope) deus Ex is going to have a openAL sound audio, that could benifit from audio zone in maps:

This looks so great! Nicely done. Cheers for the update :D

I rather go through the gaurds now :(