We have confirmed with Valve that pre-orders will transfer properly to Steam! As you know, we have been funded largely by preorders although many of you have been patiently waiting to hear if pre-orders would let you download and play the game on Steam later. The answer is YES!

Posted by TychoCelchuuu on Mar 2nd, 2010

Pre-ordering now gives immediate access to NS2 mapping tools and artwork as well as early access to the alpha or beta when ready. We are now testing our engine with a small number of players and will expand that to everyone that has pre-ordered the Special Edition shortly. 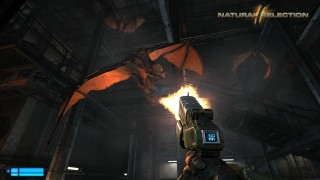 This announcement made me happier than Mr. Bison. Honestly.

cool! glad you sorted that out. Seems that Valve understands the potential of this unique and fun game.

Will the beta also be available over steam or ist is just for final ??

Really nice... even though I would not mind pre-ordering this. I think I will wait for it to show up on steam first. I just really don't like using paypal or any service like it.

I must be one of those fortunate individuals who have never had any difficulties with it whatsoever.

You know even over steam you have to use a server like paypal ? lol

Credit Card owners can pay with that too, if they have em. Well i still prefer PP.

BTW. Nice to see that NS2 will be available in the near Future. I played the first Part of it and it was Great! I wish you good luck guys with your new one, hope its as good as the first one. I think it will be ;)

Nice!
Will download it when it's available on steam

Awesome! It's great to see another independent game showing up on Steam; it truly is the best place for them.

and this is one of the best indie's i've ever seen.....i mean an indie game with this graphics O.o

this is great news i actually was holding off for them to get it up on steam , then gave in to the pressure and got it anyways.... then hear this and am happy :)

YES! This made my day :D

Good news. I'll be pre-ordering when I get my next paycheck.

Awesome, though I am guessing you just use your pre-order code to unlock the beta or alpha on steam and the game itself. Or will we have to confirm our steam names and such?

Lets all preorder something thats not complete

3 words... Duke Nukem Forever... but I'm sure thats not the case here.

HOW exactly will it work?

That's what I want to know!

well theres only one way: register your cd key on steam, eh?

Grats with the confirmation. I expected this, but am glad it's for sure now going to be available via Steam!

Another question i got is will one still be able to preorder when beta launches ?

... I hope it ain't as bloody overpowered as the first one... I still hate NS 'cause of random bugs that weren't removed till the last versions... never got back into it.

This just made my day. :DDDDD

This game will be on Steam? Pre-ordering now.

do you think you guys can release a short demo, I just want to see if I can run NS2 well on my laptop

Was expecting a release date with this though :/