Post news RSS Now available on both Desura and Steam - v0.9.6 is live!

Dwarven Brawl Bros is now available on both Desura (Alpha Funding) and Steam (Early Access), the price is $5.99, and you get -10% off when buying it via Steam, for a few more days! Weapon update is also live, featuring three new weapons, all firearms: Melee-gun, Repeater, and Rocket Launcher! Other content was also added, and many issues fixed.

Posted by DwarvesMightFly on May 6th, 2015

DBB can now be purchased on both Desura (Alpha Funding) and Steam (Early Access) at $5.99, and for a few more days you get -10% off when buying it via Steam! 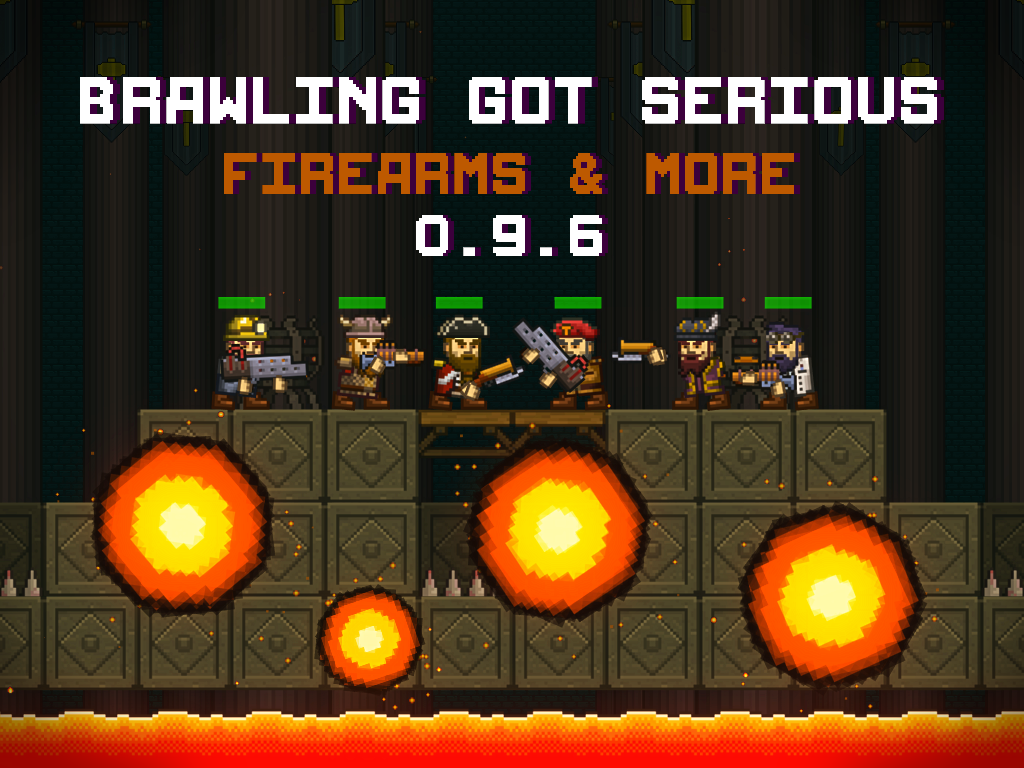 The first major update since the release adds a new category of weapons: firearms. Three new weapons were added into this category, upping the weapon count to 24! These weapons fire fast-speed projectiles that are not affected by gravity, adding a new level of tactics into brawling. Introducing: 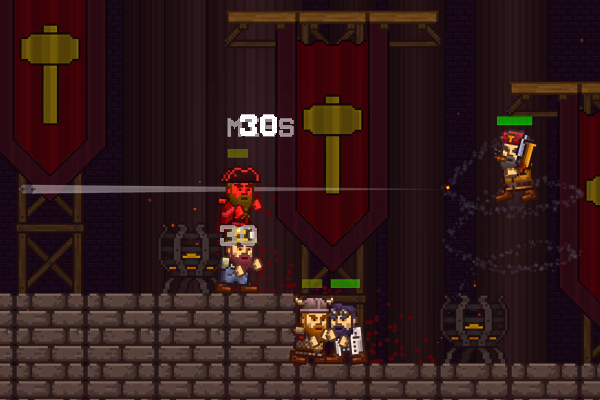 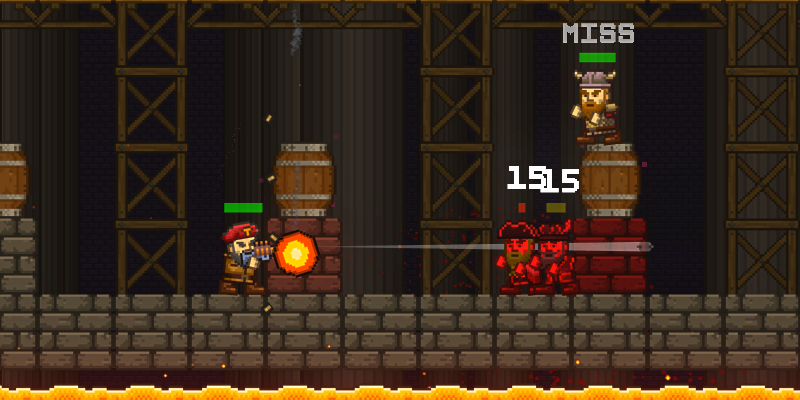 Other features in this update include attack induction time property that adds attack delays to different attacks, firearm-only game mode Boomsticks, and a respawn fix that prevents players from respawning within no-tile columns, meaning there is no more respawning straight into lava. 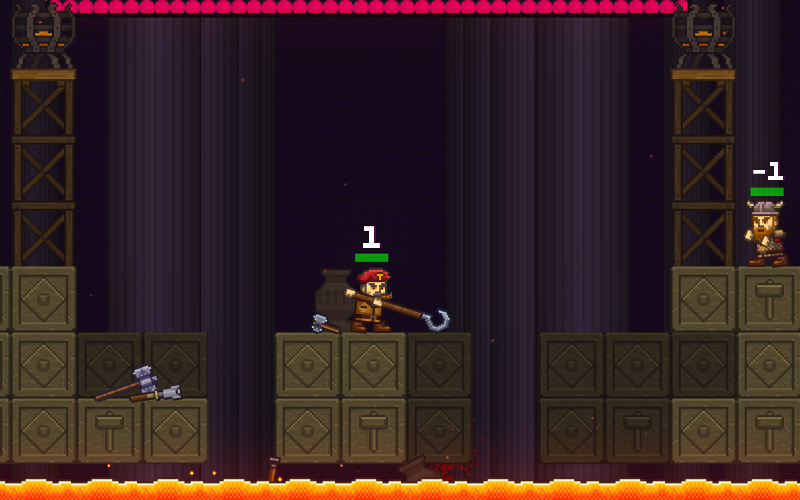 Full patch notes in the blog

The full changelog can be found here: Blog.dwarvesmightfly.com

We are working on the game mode update and releasing it next week. Expect to see brand new game modes, and improvements in the current ones. Cheers!