Hi, I want create sandbox game about crating and testing any kind of vehicle, machines and construction ,with simple but powerful editor and enjoyed steering. 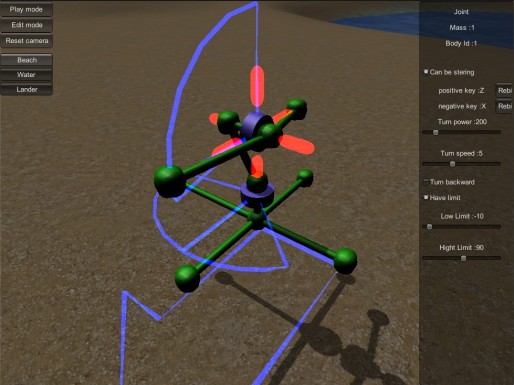 When any node was selected near it was showed red or blue tags, red when dragging allow to move and blue to rotate, change between this two modes can be done by R key.
When node is select inspector is visible on right side, in this place any of elements properties can be changes, some of elements have steering keys, here its can be rebind.
When new node was added, is in same place as selected node, but now a new node is selected. So after adding new node is recommended to move it.