It's been whopping 319 days since Warsow 0.5 release, so time to reveal a bit what we've been doing for last 10 (or so) months! This is not a complete list of 0.55 work or changelog of any kind, just a little roundup of the biggest and most visible/hearable (!) new stuff. And there's so much new stuff, I don't even know where to start...

Engine work & q3map2
Lots of random tuning and fixes have been made to the engine - some of the biggest new features/improvements:

Engine-wise the biggest new feature performance- wise is the VBO support (our engine-overlord Vic's work!). Depending on the map/configuration, enabling VBO support (gl_ext_vertex_buffer_object 1) can easily give you some 50-250 (maybe even more) better fps compared to 0.5! Also netcode-wise Jal has been improving extrapolation to the point there is simply no room for improvement (unless proved with real code patches!).

0.55 and the new q3map2 also has horde of lighting and deluxemapping quality improvements and complete floodlight support to be used as ambient from the worldspawn. All technical bubblablaablaa aside - check the lighting in the screenshots below :-)

Soundtrack!
That's right - Warsow will have, for the first time ever, in-game soundtrack (composed by jihnsius)! Listen for a little teaser here!

Jihnsius has made simply awesome job with the soundtrack and the OST will hopefully give much more 'face' and personality for Warsow as a game.

Gametype scripts
Biggest of the big(tm) features in 0.5 was undoubtly the gametype scripting support (AngelScript), and one of the first gametype scripts written & developed with the Warsow community during the 0.5 testing period was Bomb&Defuse, which has been a huge success! Starting with 0.55, Capture the flag: Tactics will be included as an official gametype too.

Weapon models
Every weapon model got some love (props for adsn for the model work!). Little teaser :-) 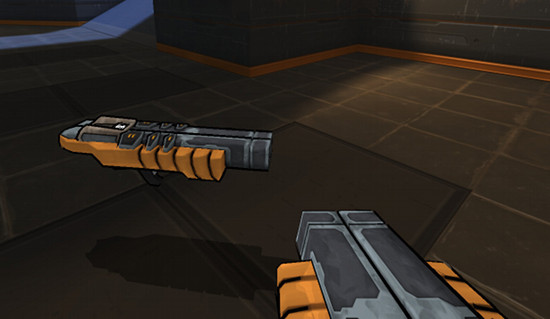 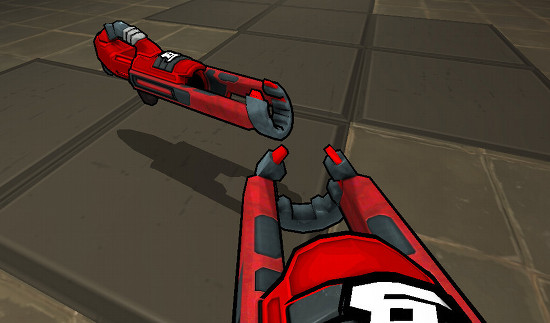 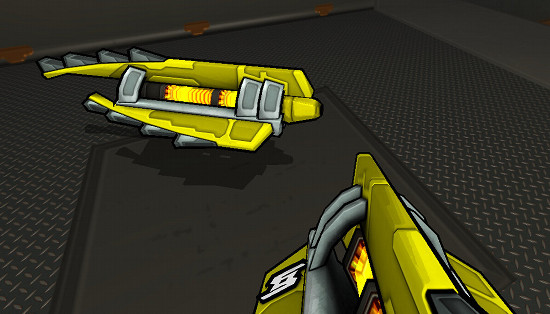 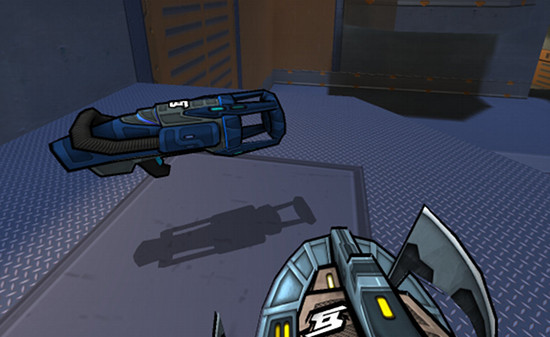 Maps... reviving the old classics
Especially the older Warsow crowd loves wdm1 for sure, and it undoubtly brings warm memories for many oldschool players. Rimol (also known as cervix) also felt this way, and gave some really nice facelift for this old classic: 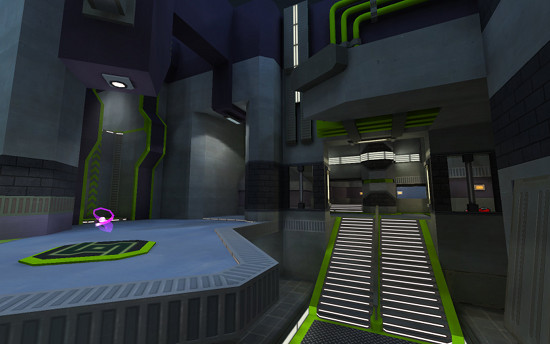 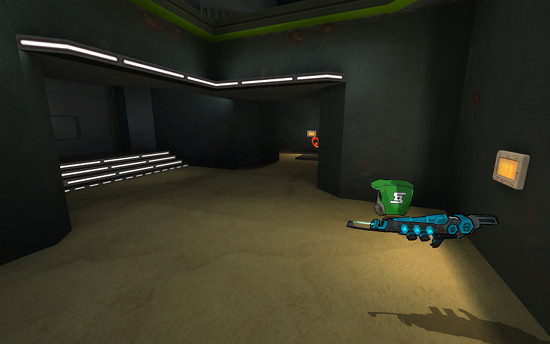 And surprise, blast from the past! Old, popular 2on2 map, wtest18 is back! Re-textured and facelifted by Anthy - Say hello to wdm22: 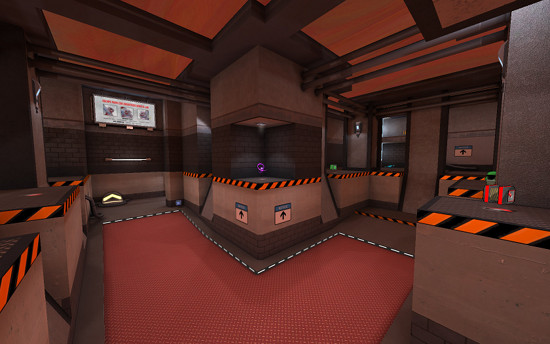 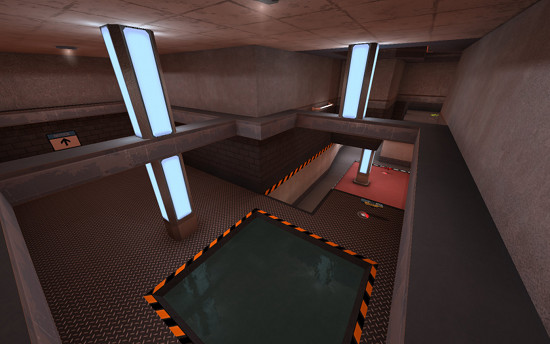 wdm6, the old classic, got rid of the green theme: 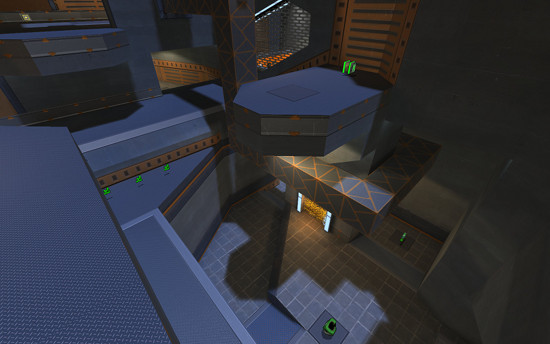 Maps... improving the existing maps and unifying the art style
Almost every map has got loads of gfx improvements, tuning, and in general maps are now much more unified in terms of artistic styles. Here's quick roundup from the wdmX maps:

wdm19 moved away from the wdm5/tron theme, to radically different theme (Also courtesy of Anthy): 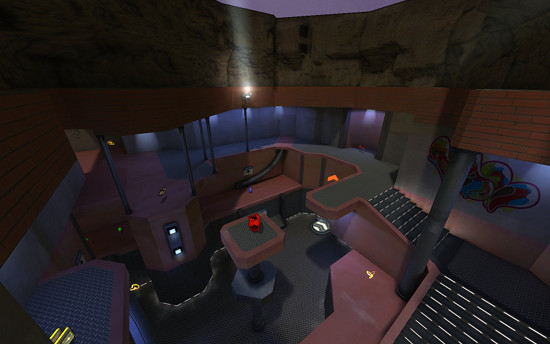 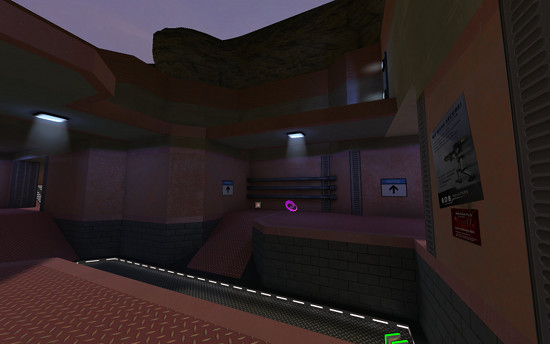 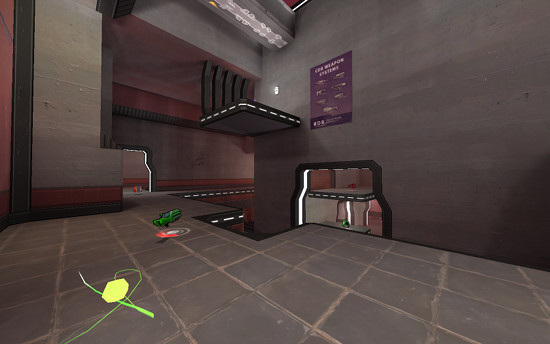 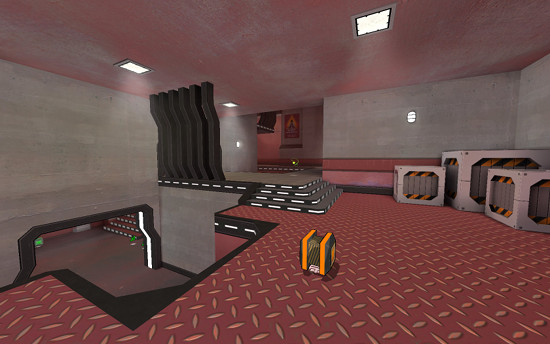 wdm9 got pinked by Jal! 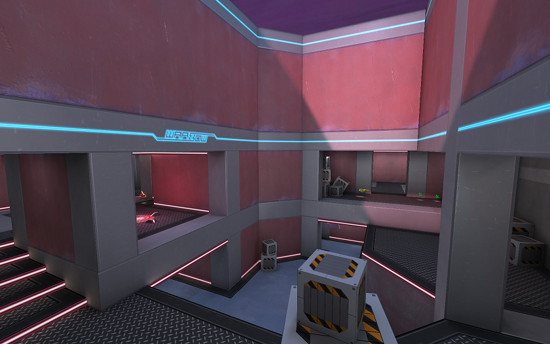 wdm10 got some love lighting-wise from me: 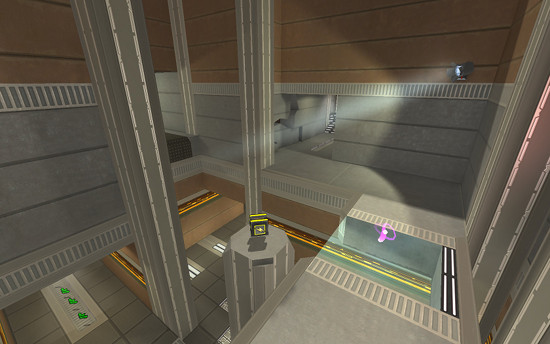 ... more new maps!
New duel map, a lot of ppl might be familiar with this already, but once again, here's new wdm21 aka Courtyard! 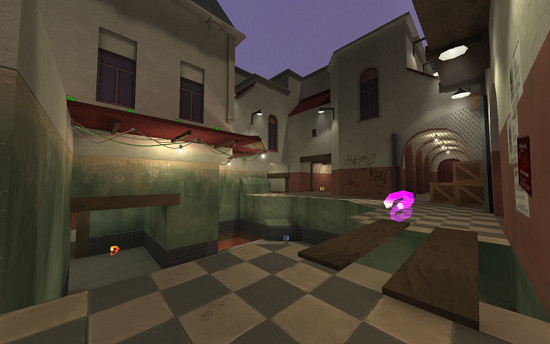 Bomb, bomb, bomb!
Bomb has definitely been single greatest new feature with 0.5. When we shipped 0.5, we had wbomb1 and wbomb2 half-ready for it. Although bomb players are familiar with test versions of all these maps, here's bunch of screenshots from (near) final versions of wbomb1, wbomb2 (reactors_2), wbomb3 (alley_cr), wbomb4 (shepas), wbomb5 (cxbomb1b) and there's likely to be a 6th bomb map once we release! 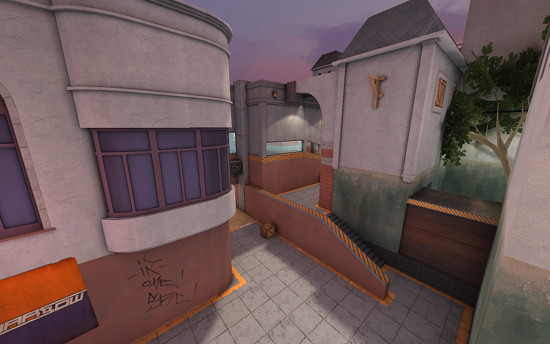 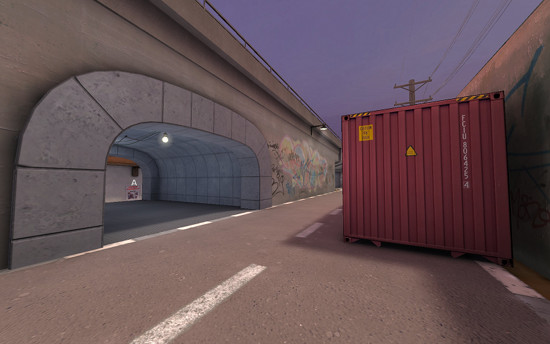 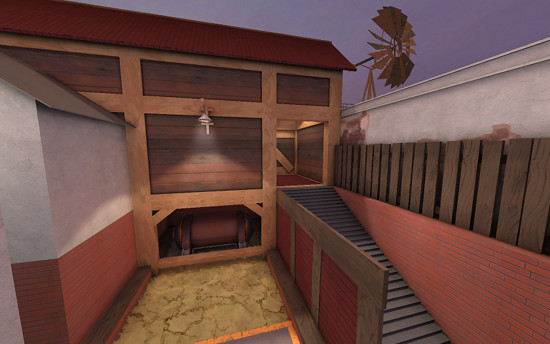 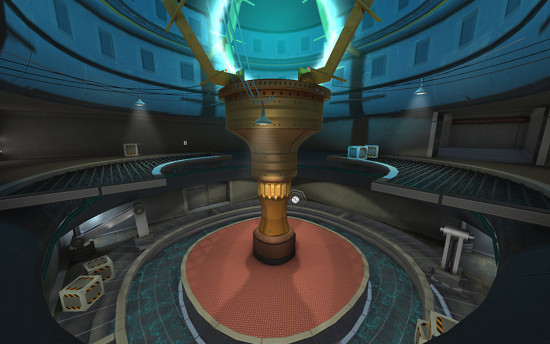 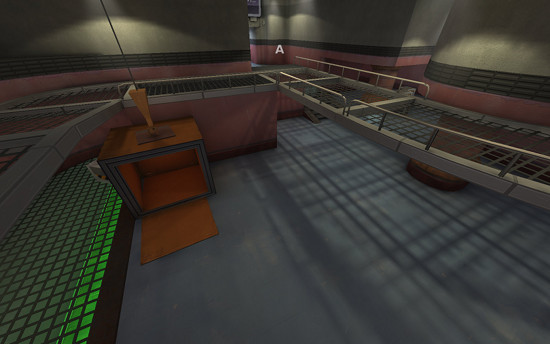 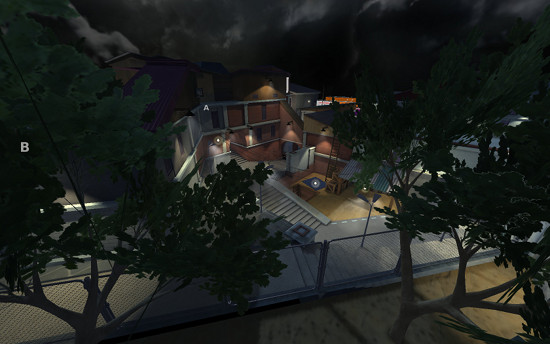 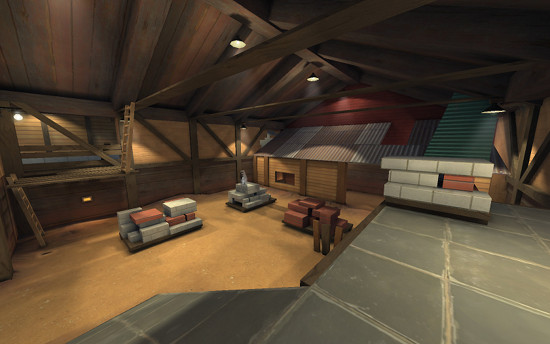 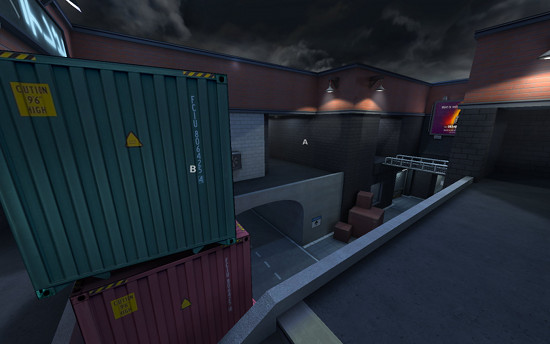 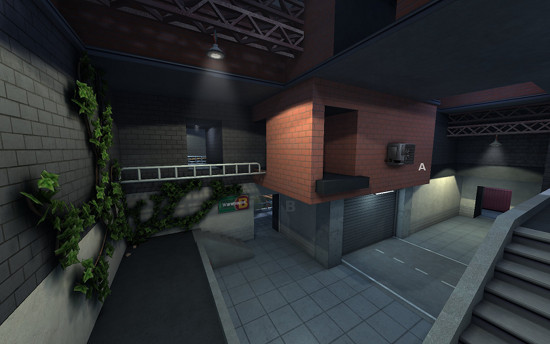 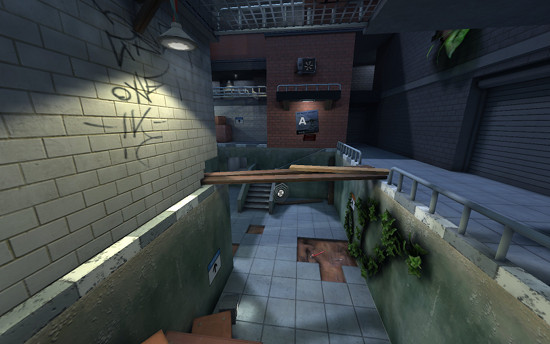 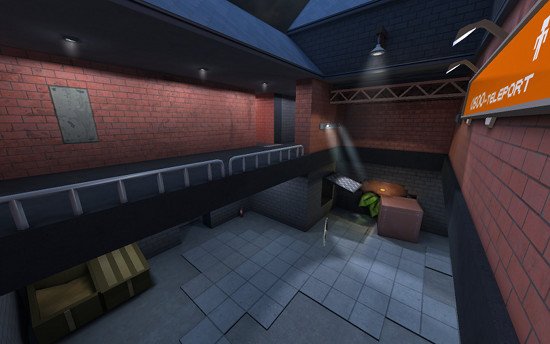 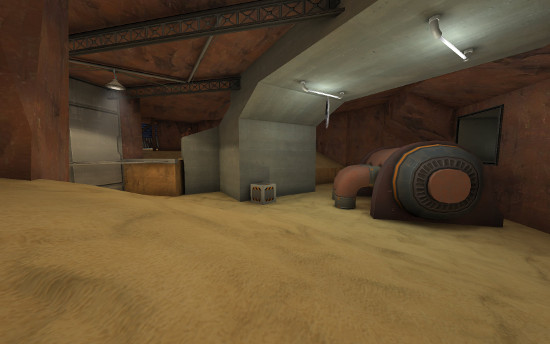 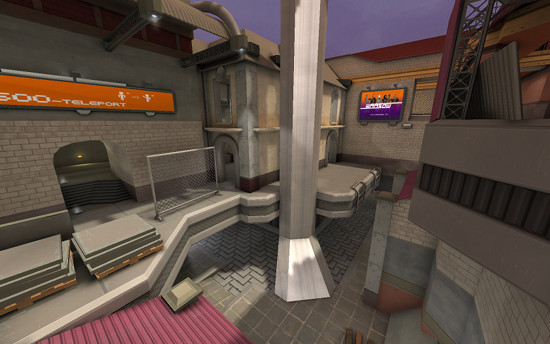 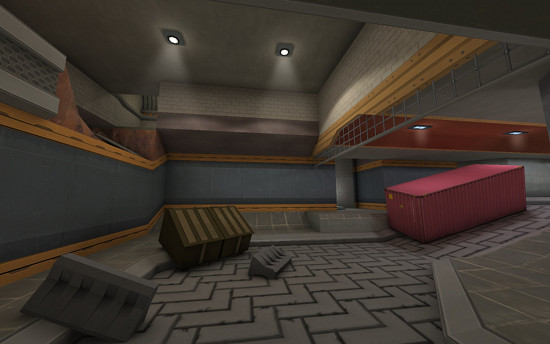 Awesome! Glad this is still being updated!

Glad to see this isn't dead, i've been wondering whats been up with this game.

So happy!
I absolutely love this game and am very pleased to see you guys are still hard at work making it even better. Thank you :)

Awesome! Only probably I have with the game is, I get destroyed when I play everytime because I suck and can't wall jump etc like everyone else. Makes me sad :(

Is it just me or do some of the level really look like TF2? Also nice update.

I thought of the same thing :P One of the screenshots really reminded me of arena_nucleus. Can't complain though! Tracking!

is it normal to have fps decrease when its like 40 people playing in the same room? When that happens, mine decrease to 25 :(

Yes, it is quite normal. The next version will improve FPS a lot. In the meantime you can try disabling model outlines in the graphic settings menu. That should help in the many player models situation.

I totally forgot about this game i used to love it. Deffintily be getting new version when it's released i can't wait :D.

Same thought when I read the headline :D

Loved Warsow, but I sucked in comparison to most players :(

Just found this today, but it looks awesome! I'll definitely play/buy this when it comes out!

Warsow is already released and free.

You guys are awesome! I can't wait for the new update.