No Bugs Allowed Beta 2 for PC and PSP released! Get it now!

I'm proud to say that I'm ready with the Beta 2 for No Bugs Allowed.

A working game. Unlike in the first release.

Included in Beta 2 there are 3 playable maps: Helipad, Cargo bay and Caverns.
Helipad was in the first release already, I've posted screenshots and videos of Cargo and Caverns is a surprise addition.

I know I said that multiplayer wouldn't be fixed for this release, but I'm eating my own words.
PC to PC multiplayer is tested online and it works just fine, the difficulty is a bit steeper for coop play.
PSP Ad-Hoc multiplayer should be working the same way it used to.
I haven't been able to test it myself, so please report errors you might encounter in it.
I don't know about PSP Infrastructure online play either, it might or might not work.

I hadn't posted about this yet but you've probably seen them in the Cargo gameplay video.
Enemies have a chance of dropping money, health or ammo pickups when they die.
This mechanic really adds to the game and is necessary during later waves. 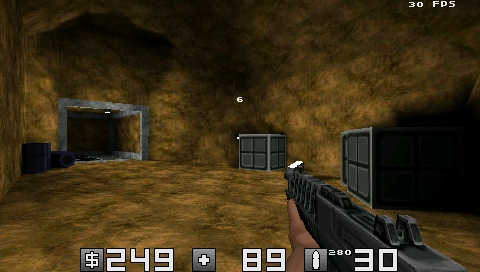 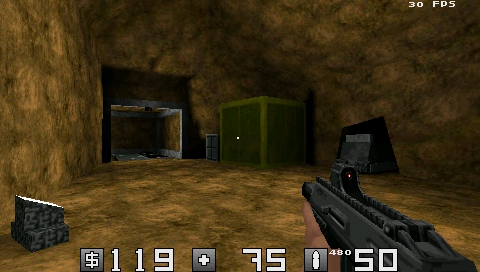 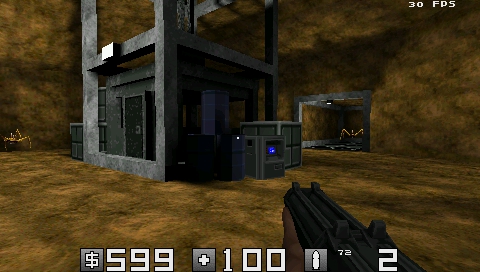 Hands down the best psp homebrew shooter Ive had the chance to get my hands on. I love the weapons and their models, character models, and maps as well, great job and keep up the good work!

On behalf of Shpuld a big thanks to Max and Rob for encouraging to finish the game.

this is awesome but I can't switch or buy other weapons on psp slim can you help me?

Now this is a Homebrew game! I,ve played a lot of ****** homebrew before, but this one was one of the best homebrews I've ever played, I have one more thing to say "How do I switch weapons on psp slim?"

Interesting, though I should tests it when I'm able to. :P

I got to wonder how would you get it on to the psp, & how does the PC version preform & look in comparison?

They look pretty much identical, some minor differences in sprite rendering. PSP version has better looking weapon sway straight from Kurok engine. PSP version I capped to 30 fps (can be uncapped from options menu), while PC version is uncapped by default.

To all people who've reported problems with weapon switching on PSP, try resetting all options to default and then try again. Don't try rebinding it from the buttons menu, that will not work. Otherwise I haven't been able to reproduce the issue.