In this update were showcasing nw units from CnC U as well as an important mod announcement.

Greetings, we at NLS have a special update for you today. First we have an update from the Command & Conquer Generas: Untitled (C&C U in short) Modification:

Ahoy fans of Command And Conquer Untitled! (if there is one

)This is the Untitled Mod team, presenting our newest update after a long hiatus!

After it's conflict with GLA insurgents, The Crusader has received several upgrades, courtesy of Kris Research & Intelligence Systems, to better prepare it for future combat. The Crusader's drone hanger can be replaced with a fixed 50-Calibre machine gun, to make the tank more effective against infantry. In addition, improvements to the tank's chassis were made and the addition of ERA tiles, significantly boosts the Crusader's survivability.

During the continental war in Europe and the guerrilla warfare in middle east, the AV-201 Mobile Tomahawk Missile Launcher, or "Tom Cruise" as it became known in the field, performed increasingly less efficient when compared to the Nuclear Cannons of the Chinese or the low tech Scud launchers repeatedly used by the Global Liberation Army. Because of this, the US military decided that improvements to their main artillery system were vital to ensure its continued effectiveness in future conflicts.

The US Department of Defense signed a contract with ZTech Industries for construction of the new missile, and Kris Research & Intelligence Systems for improving the launch vehicle itself.

After two years of Research and Development, The AV-203 Tomahawk was born. The launcher's armor has been upgraded, increasing it's battlefield survivability further than the previous version limits. On top of that, the AV-203 is armed with the new Tomahawk MK2 missile. With new engines and better navigation equipment, the missile is now estimated to travel at far greater speeds which are believed to be almost 20% faster than the MK1 missile. With the improvements made to the missile, battlefield reports show an increasing trend of more missiles reaching their designated targets.

All these upgrades have made the AV-203 Mobile Tomahawk Missile Launcher a menacing artillery system, striking fear to anyone unlucky enough to hear the sound generated by a Tomahawk missile as it roars towards its target.

And now for something new, meet the XF-32 FIre Superiority Tank, also known as the FIST

Gen Alexander, AKA the USA Superweapon General, has always dominated her enemies by building an impenetrable fortification around to defend her base, while using long range superweapons and devastating airstrikes to attack. However her strategy had one major flaw. Should her defensive perimeter be breached by enemy forces, she would have no means of defending herself against waves of enemy armor.

In light of this, General Alexander decided to make plans for a heavy tank that would defend her base should her defenses come offline. The result is the XF-32 F.I.S.T.

Armed with heavy dual armo-piercing cannons are rockets to fend off enemy aircraft. This tank proved more than effective against enemy armor divisions. Later versions of the F.I.S.T. had their cannons replaced with railguns, further increasing their destructive capabilities.

As courtesy of the team, Here's a shot of the new Tomahawk and XF-32 from the battlefield.

That's it for now. This is the CnCU mod team, signing out. We hope you enjoyed this update.

Next we have a big announcement to make, we have a new mod joining the NLS family. It is one of the oldest and most popular mods to date, Ladies and Gentlemen we present the EPIC revival of...

Yes! ZH Reborn is back! And for it's first NLS media update we present new units for ... 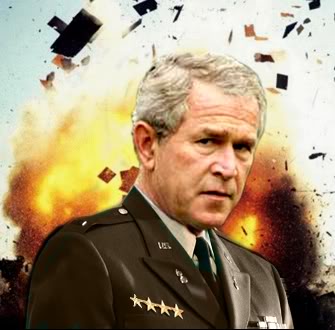 Since the 1980s, The Abrams has never been replaced, it has always been the preferred MBT for the US Army. The latest version of the Abrams the M1A4 has since received a lot of upgrades.

The Abrams was fitted with a unique waypoint navigation system that allows the tank to follow a set waypoint. The M1A4 also has a sophisticated autoloading system that can determine the range and the target type and automatically load the correct charge and ammo type. All these systems coupled with advanced radar and sensor array, that can detect incoming hostile fire and potential threats, have since cut the tank crew size to 1 person.

The M1A4 also has a small drone hanger located in the back of the turret. The hanger builds, houses and maintains a number of Unmanned aerial drones, that can aid the pilot in combat situations.

The Abrams will be the USA's only battle tank, The Crusader and Paladin will be replaced by their artillery counterparts.

Next we have the Apache Longbow attack helicopter

The Apache's role hasn't change much in recent years. Armed with a 30mm chain gun, hellfire missiles and hydra rocket pods, this helicopter is one to be feared by enemy armor divisions.

The latest model of the Apache the AH-64E has been upgraded with advanced fly-by-wire systems, as well as a sophisticated pilot ejection system, improving the Apache's safety and reliability.

The Apache will take the Comanche's current role as an anti-ground assault chopper, while the Comanche will become a stealth scout chopper.

The next version of Reborn will host a lot of changes including:

We are also modifying the Generals line-up, we are removing some of the new generals, and returning some of the old. Our current line-up is as follows:

Well that's all we have for you, tune in next time for more goodies from your friends at NLS

This is the faction i will not play!

I will be probably bombarding his base all the day... with PLANES! lol

Not done yet :P

I will do the same

I will love to destroy a bush base!!!!

He need to die! Bastard!
He attacked ( sorry, he send young people to...) Iraq just because the Devil water!

By the way... He´s picture was very well made and good job with the mod.

We can to destroy many of his bases, but we will not kill him...
Just the young soldiers.

Can somebody create a map with the White House in 2004 or his farm.
I will love to destroy this!!!

Please no politics in here, thanks

Why bush as USA commander and chief general, Obama is the new president.

I think it´s just to add some humor, or something...

Because he's a classic character from the older versions.

Wow a one man Abrams.