Sorry for the hiatus, but IRL work is taking most of my time. The next version might take a while because of that, but in the meantime the latest version is here. In the next version I will revise the map while implementing a few improvements for event chains.

I've been busy with work so progress on version 0.3 is going slowly. The next update will mostly focus on getting the map to be better. A lot of places, like Namibia and Somalia, are purely plain where they should be desert or semi-deserts, and some terrain types (like plains) in islands make a tiny island as attractive to immigrants as the most fertile plain in the USA. To fix that, an "island" terrain type will be implemented, and the terrain types for the map regions will be revised. The terrain types are still not all defined, but I'm getting there.

Another change is the repurposing of provinces. For example, Greenland has 4 provinces, but most of them are not really well utilized. Besides the fact anyone rarely disembarks in greenland, the place is already sparsely populated. So these provinces are being used in other places where they might be more useful or see more actions. One of those is Tranquebar, a Danish colony in the coast of India. 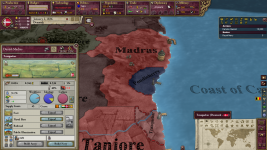 It actually gave me some work, since the province in greenland this one came from had a few vanilla bugs in the form of some lost pixels, which caused a weird glitch when rendering the province. 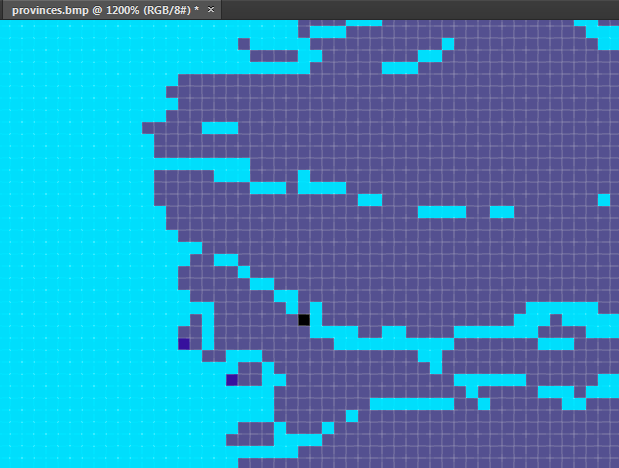 There's 4 provinces on Greenland and in the end, only one will remain. The next two provinces will be probably used for Ceuta and Prekmurje, but that might change sometime in the future.
That said, reshaping is also something on the table. I separated the Kyushu from mainland japan and I'm currently in the process of implement the Gulf of Trieste and making Istria a peninsula. 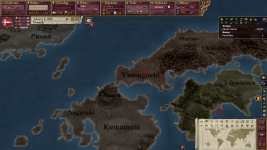 Thanks for AFPG and all the others who helped with suggestions and fixes.

Anyway, there's more stuff to do for the 0.3 update, this is just a small part of it.

On to the Changelog for the current version, V0.2.9.9O Hotfix:

Hey thanks for the update. Will you put Luxembourg back in as it was only the western part that was ceded to Belgium, the rest was still part of the German customs union.

Luxembourg is too small to be divided to follow those borders.