Hello and welcome to another update of Traction Wars. This month we have several new weapon models to show off, including the Kar98k, the Webley Revolver, the Panzerfaust Anti Tank Weapon, as well as the Pegasus Bridge static. Also, we would like to welcome two new developers to the team Shifty and Sir Apple Welcome aboard guys!

Hello and welcome to another update of Traction Wars. This month we have several new weapon models to show off, including the Kar98k, the Webley Revolver, the Panzerfaust Anti Tank Weapon, as well as the Pegasus Bridge static. Also, we would like to welcome two new developers to the team Shifty and Sir Apple. Welcome aboard guys!

The Panzerfaust "armor fist" was an inexpensive, recoilless German anti-tank weapon used during World War II. It consisted of a small, disposable, preloaded, launch tube firing a high explosive anti-tank warhead, operated by a single soldier. While it was recoilless, it shot out fiery discharge to the rear which prompted for the warning, "Achtung! Feuerstrahl!" (Danger! Fire Tail). The Panzerfaust 60 was the most common version and remained in service until the end of the war. The Panzerfaust 150 variant was the basis for the development of the Soviet RPG-2 which later evolved into the RPG-7. The model was created by [TWDEV] Sir Apple during his trial task. 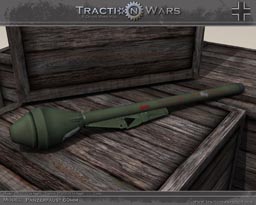 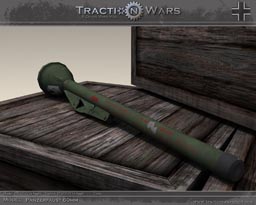 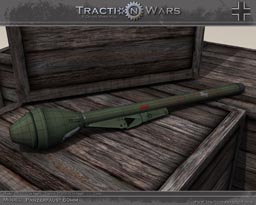 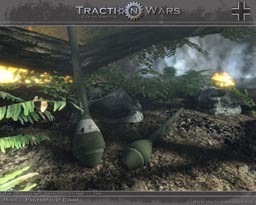 The Karabiner 98k (Kar98k) was a bolt-action rifle adopted as the standard infantry rifle in 1935 by the German Wehrmacht, and used extensively during World War Two. The rifle featured a controlled-fed, bolt-action system based on the Mauser M 98. It could be loaded with five rounds of 7.92x57mm ammunition from a stripper clip, which was then loaded into an internal magazine. Derived from earlier rifles, namely the Karabiner 98b, which in turn had been developed from the Gewehr 98, the Kar98k rifle was shorter than its predecessors. Just like the earlier versions however, the rifle was known for its reliability, good accuracy, and an effective range of up to 500 meters with iron sights. It featured a variety of scopes, bayonets and a rifle grenade launcher. The model was created by mackan4762 during his trial task. 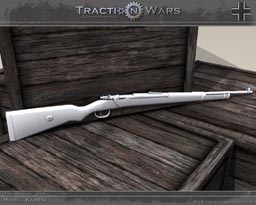 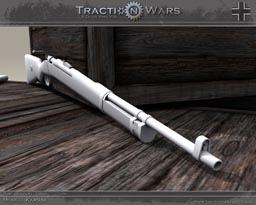 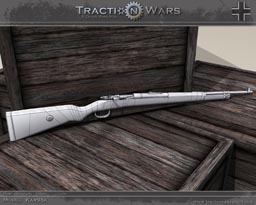 The Webley Revolver was the standard issue service pistol for the armed forces of the United Kingdom, the British Empire, and the Commonwealth from 1887 until 1963. While the official service pistol for the British Military during World War II was the Enfield No. 2 Mk I .38/200 revolver, a critical shortage of handguns forced the British Commonwealth to employ both the Webley Mk IV in .38/200 and the .455 Webley Mk VI. The model shown below was created by [TWDEV] Edad Tace. 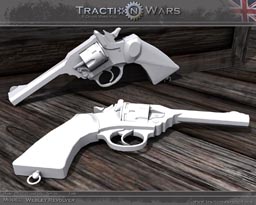 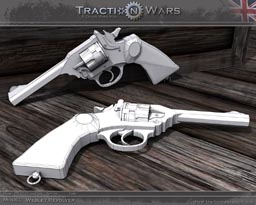 The Pegasus Bridge, located in the Caen Canal in France, also known as the Bénouville Bridge, was one of several objectives in the British Mission, code named “Operation Tonga”. Commandos approached by gliders and landed near these objectives during the early moments of the Normandy Invasion on June 5th and 6th, 1944. Their objective was to capture or destroy the bridge which the Germans used for transporting troops and arms to several villages near Caen. The Bridge was renamed “Pegasus Bridge” in honor of the brave men who fought and died capturing the bridge. This name derives from the shoulder emblem worn by the British Commandos, the flying horse, Pegasus. The model was started by gomgom50 during his trial task, and later completed by [TWDEV] General Naga. 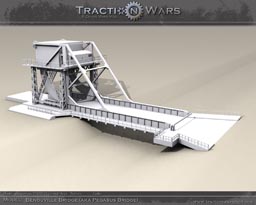 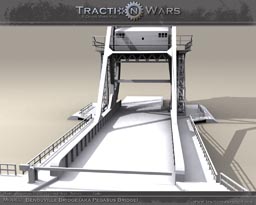 That's all for this update, see you again next time. The team is looking for new developers to join, so if you think you have a skill we could use, please fill out a recruitment form here, we are especially looking for Texture Artists & Animators but we are recruiting in all areas. Until then be sure to check out our community forums and comment on news, post ideas & suggestions, and become part of our rapidly growing community.

awesome work!! all those models look fantastic!! this mod is going to be great! just hope it puls through! u guys have a chaacters modeler yet?

Our character modeler is working on them now, not quite finished yet, maybe in the next update we can show them off.

these all look great!

one off-topic note though: chris_sloany seems to be following everything i'm following :P

I have really high hopes for this mod I'm really excited. Everytime you release a news update I get all giddy and excited.

keep up the great work!

the K98k isnt correct, please say its due to WIP. otherwise it looks good. (the front of the k98k is wrong)