For this update there are several changes to the team list. Firstly, let us say a fond farewell to our Lead Mapper [TWDEV] maniche, who retired from the team and modding to focus on real-life events and pursue personal goals. His never ending cheeriness and enthusiasm will be missed. [TWDEV] maniche will be joining our Contributing Artist section, where he will be providing support and assistance for a long time to come. With an old face gone we see another face arrive. Ivan, our most recent modeler, has joined our Arts Department and we hope to give you a first look at his work in the near future.

The Sten was not the first sub machinegun created by the British Army, however it would quickly become the most common and famous. Created during the rush to outfit troops to defend against the expected German invasion of the British Isles, it was a very rudimentary design with some parts akin to plumbing. However it worked, albeit with jamming issues and proved incredibly fast to produce. The Sten soon replaced the Thompson in the British Military and was copied in various forms by the Polish Home Army, Australians and even the German army. The Sten, much like the Bren gun, continued to be used in updated versions into the late 1980s. 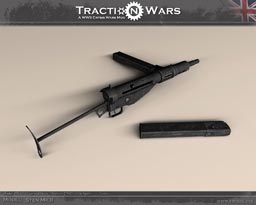 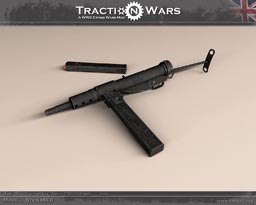 The M43 Stielhandgranate was the streamlined progression of the M24 type. It simplified production by using a solid wood handle and moving the pull cord for the fuse from the base of the handle to the top of the grenade. This allows the head itself to be removed and rigged as an anti-personal mine. The M43 was also commonly provided with a "Splitterring", or "splinter ring", meant to raise the amount of shrapnel that the grenade created. These came in factory produced forms, which had the classic notched metal pattern, but also field made versions which were simply metal tube pressed around the grenade head. This allowed for the grenade to be used in both a defensive and offensive manner, with the user choosing whether to have the ring applied to the grenade depending on the situation. 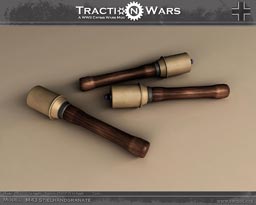 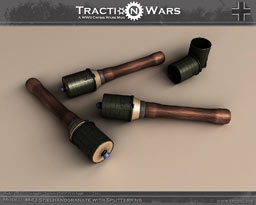 The team is looking for new developers to join, so if you think you have a skill we could use, please fill out a recruitment form here. We are especially looking for Mappers, Animators, Riggers & Codersalthough we are recruiting in all areas.That's all for this update, see you again next time. Until then be sure to check out our community forums and comment on news, post suggestions and become part of our rapidly growing community.

Nice models. Looking forward to it.

Looking sexy as always, Keep it up Apple, your work is always great bro.