Welcome back to your (usually) bi-weekly dose of news from the front. 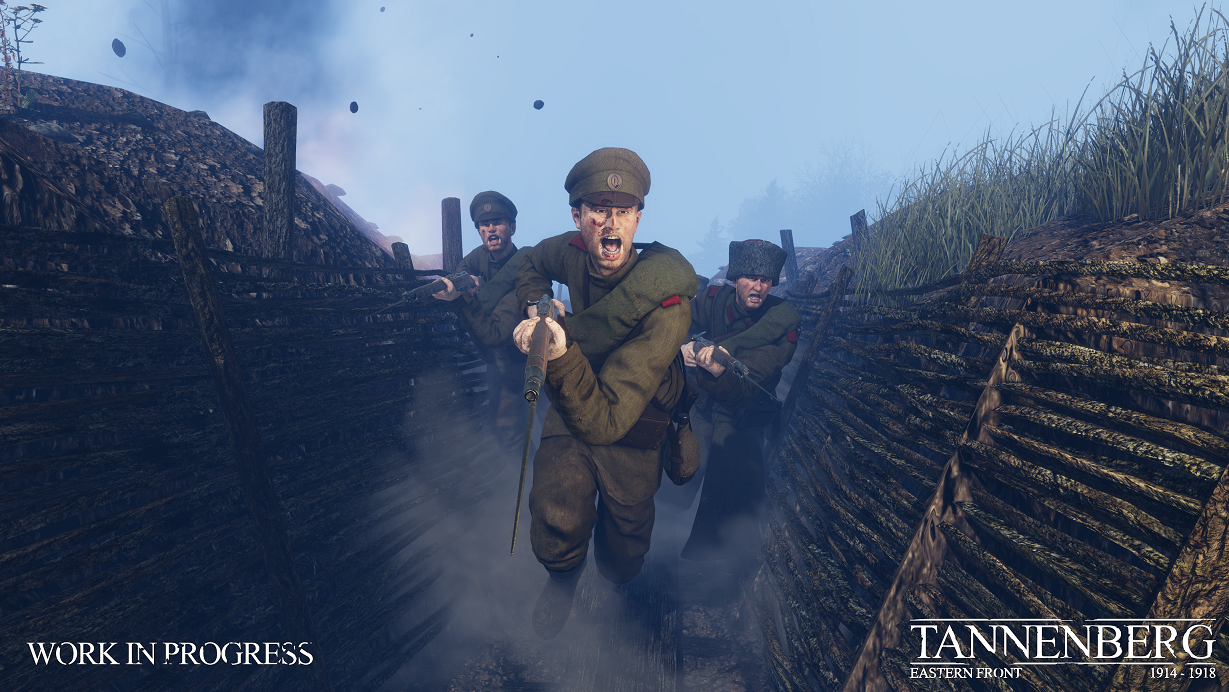 We would like to start off with some additional info on the Galicia map, which we have previewed in the recent weeks. We want to provide you with some backstory of the map, giving some weight to the region’s history. By popular demand we also have a more technical reveal for you, showing off the bullet penetration mechanic we are working on! To round things up we have a link for you, allowing you to register for Tannenberg alpha playtesting. 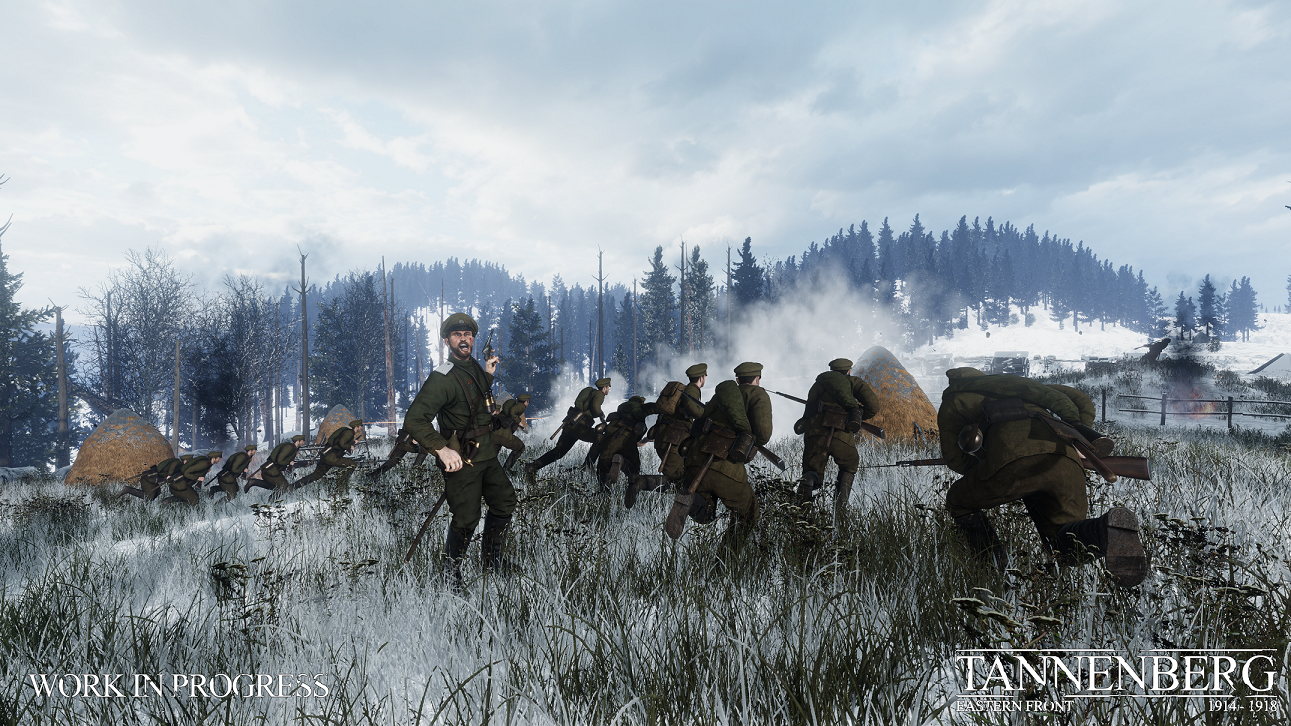 Nothing like a morning charge over a frozen field

Galicia, A Map With A Variety Of Challenges
The map Galicia is set in the historic and geographic region of Galicia, which includes parts of present day southern Poland and western Ukraine. It lies to the north and east of the Carpathian mountains. The map features cultivated land, and wild forests on sloping hills and rock faces. A small rural village with a monastery is set in stark contrast to a destroyed forest and improvised revetments. In the north east corner the K.u.K. troops have set up an improvised HQ. From here, following the adjacent meandering creek, lies a rigged railway with the Austro-Hungarian armored train pinned down between the woods and a large cliff. Uphill we find outflanked Russian field artillery, which leads us to an overrun Russian encampment. Arriving over the crest of the hill - in the south west corner - we meet The Tsarist troops at a deserted farmhouse.

Galicia offers the most variety of challenges in the line up of maps. The steep terrain promises interesting situations, and the dense disorienting forest provides the potential setting for a deadly ambush. There are revetments and trenches to navigate with saber drawn, and open fields to lead your squad through. We pay a lot of attention to detail in the maps. A lot of work has gone into new props that bring the history of this unique conflict to life. Keep an eye out for anything ranging from artillery carts and signal lights to tents, outhouses and boats. Another eye catcher here is of course the massive armored train, a prominent stationary set piece in Galicia. These ‘hero assets’ create an amazing atmosphere in the maps! 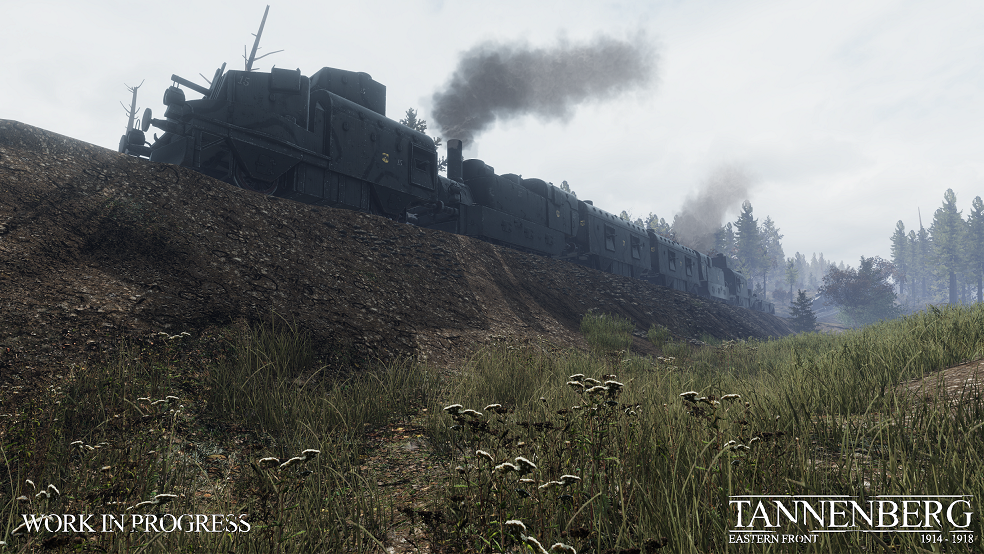 New Gunplay Mechanic: Bullet Penetration
Our Eastern expansion will introduce new maps - such as the recently shown region of Galicia - in which you’ll no longer be confined to the muddy trenches. Instead combat is moved to vast open plains, dense forests, abandoned villages and destroyed churches. To facilitate this new dynamic gameplay we are also introducing new gunplay mechanics. One of these new mechanics that we’re is including Bullet Penetration. 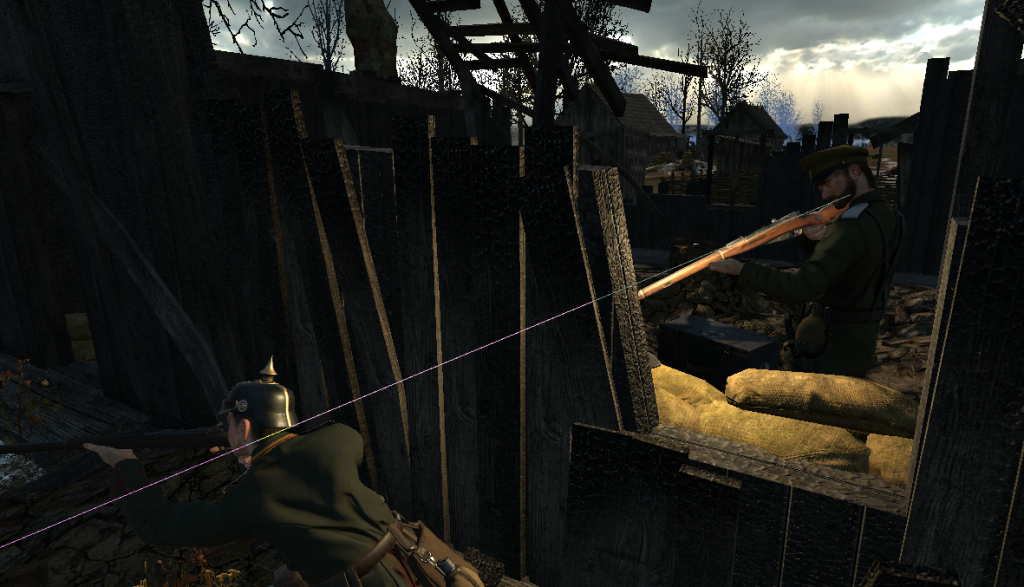 When bullets hit soft objects, like wood, dirt or flesh, they will penetrate the object and continue to do damage beyond the initial impact. As you can imagine, this change has quite a substantial impact on the 1914-1918 WW1 Game Series’ ecosystem. It adds another layer of strategy to the game and we feel it also adds to the realism of the gunfights.

Tannenberg Alpha Testing
To close things off we wanted to share a link with you, giving you the option to sign up for Tannenberg Alpha testing.This is a traditional test phase though, not just some PR stunt in disguise, or chance for you to play the game for free. We’re hard at work perfecting the game so we need testers who are willing to take an active role in testing and hunting for potential bugs, in order to make Tannenberg the game we all want it to be.

Signing up doesn’t guarantee an invite but if you’re interested we hope you’ll take the time to register.

Thanks for reading and till the next Frontline News!