And so the New Year begins, and we are kicking it off with a big update. Throughout the day, we will be posting new updates, including screenshots and music.


It's the new year, and we at the Black Ops Development Team want to thank you all for waiting an entire year for an update! We're glad to see that we have some new followers, and we hope to gain some more before the sun goes down. So, without further stalling, we give you the New Years Update!

As most of you have noticed, this page has had a lot of updates, but most of the media here is from about a year ago. Because of this, we wanted to start a new way of updating for us. We will no longer update at random times every week. Now, we will start updating every other Saturday, and these updates will include at least a couple of screenshots or a video.

That's our New Years Resolution, and we are going to stick to it like glue.

Today, we will be splitting up the updates into 3 parts which will be posted at different times today. The first update is already out, and it includes some new screenshots of the Prologue Level. The second part of the update will include a new piece of music from our composer, cpl-bradley. The third part of our update will be more screenshots of a new part of the Prologue level, the Plaza, mapping courtesy of our new member and mapper, Sythen. 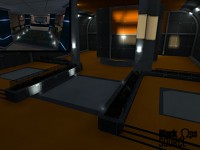 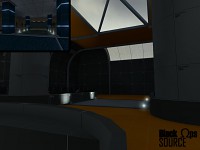 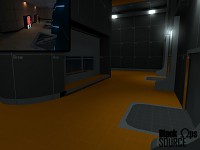 Work In Progress. Will be featured in the January update.

Loss of a Team Member

We are very sorry to say that Luciano Giacomozzi, one of our oldest team members, will no longer be working with us. We wanted to send him off with our gratitude. This project simply wouldn't have gotten as far as it had without him.

On the upside though, I would like to welcome a new member of our team, Sythen, a mapper who recently worked on the Half Life 2 mod, Outbreak: Condemned. Glad to have you on the team.

Just recently we set up an account on both Steam and Twitter. These accounts will give you access to updates and warnings on updates before they are posted on ModDB, and they are always there should you have a question or two about the mod.

Support the team and get access to updates faster! Join one of our groups!

That's all for this news update. We hope you all enjoy your New Year. Be sure to keep a close eye on the ModDB page, because the entire update is not over yet.

this mod looks awesome . tracking now ! (you should make a "Black Ops: Source" on facebook also)

Glad to be working for you guys. Apologies about not making the update on time. But I can assure you it's worth the wait.

Thanks for the OST! And that sounds like a great New Year's resolution to me. :)

Concept artist here! Good to be with such a talented group!