Welcome to the first developer diary entry for the upcoming PC Game Projection (set for release in June, 2018).

We've been hard at work over the last few weeks working on the atmosphere and mood of various scenes both inside and outside the main abandoned cinema environment. Our aim here is quality within a budget.

Our small development team cannot spend weeks on individual assets (chairs and so on). Instead, we have to choose our battles, picking one object or another to be a "feature" model, standing out in a screenshot or in the game itself. Better yet, we can use various other tools of level design (lighting, fog, atmosphere) to set the scene and in some ways "fill in the gaps" where our team cannot create the perfect model or image.

Part of what we're trying to do is set up a unique, distinctive atmosphere. This is done in three parts: Lighting, fog and art style. 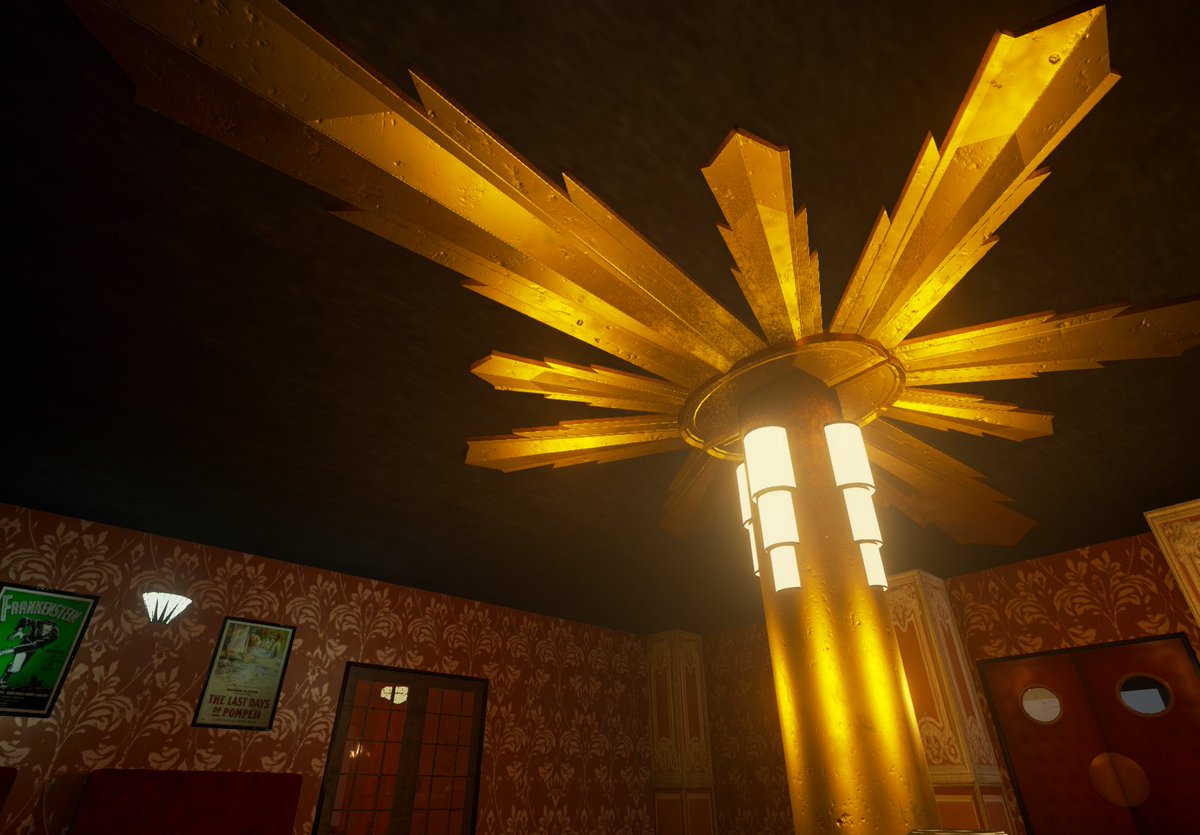 To start with art style. The designs style we're following is Art Deco. Art deco was a prevalent style in architecture and design from the 1920s-1930s in the West. The focus was on geometric shapes, unique patterns and repetition of key features. Not to be confused with the subsequent Art Nouveau style, which focused on nature (leaves/trees and so on).

Above, we created an example of an art deco ceiling feature, art deco lights and wallpaper. In each case, hard-lined geometry makes for distinctive silhouettes when viewed from a distance. 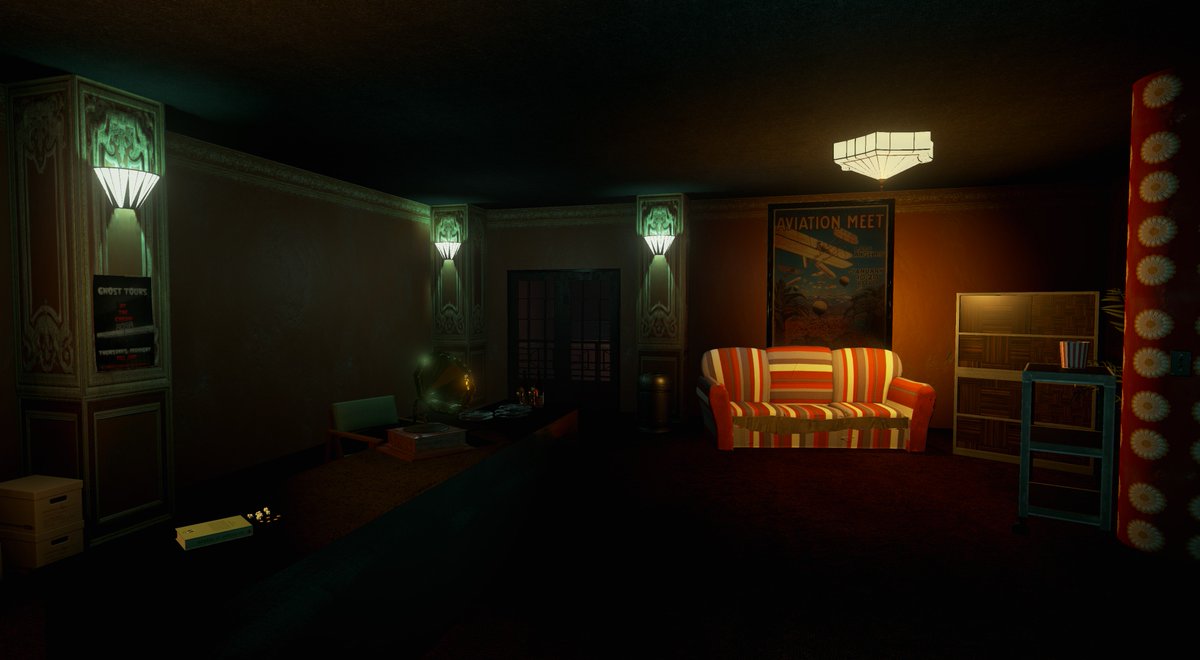 Here, we are using dark mood lighting to set the tone of the level. Much of the abandoned cinema is done in this dark, moody style, in an aim to set a "spooky tone" for the majority of the game. 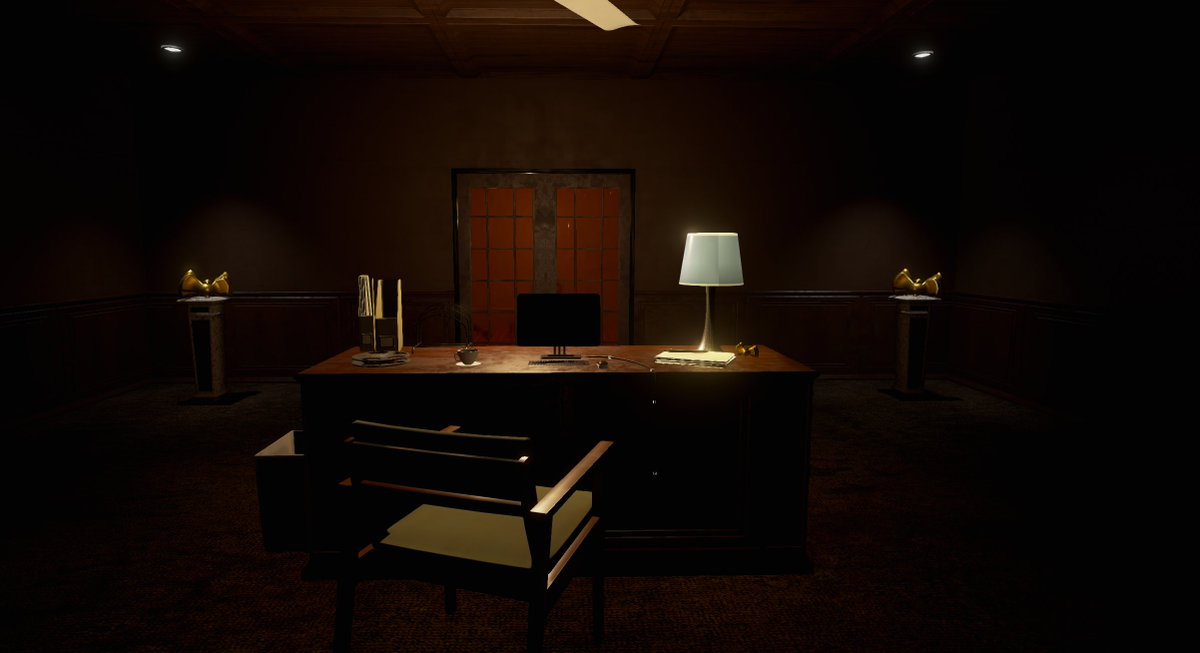 Again, here the lighting and mood is dark in this office environment. The office belongs to the owner of the cinema, one Jim Wittingmore, who will appear as a major figure as the game develops. 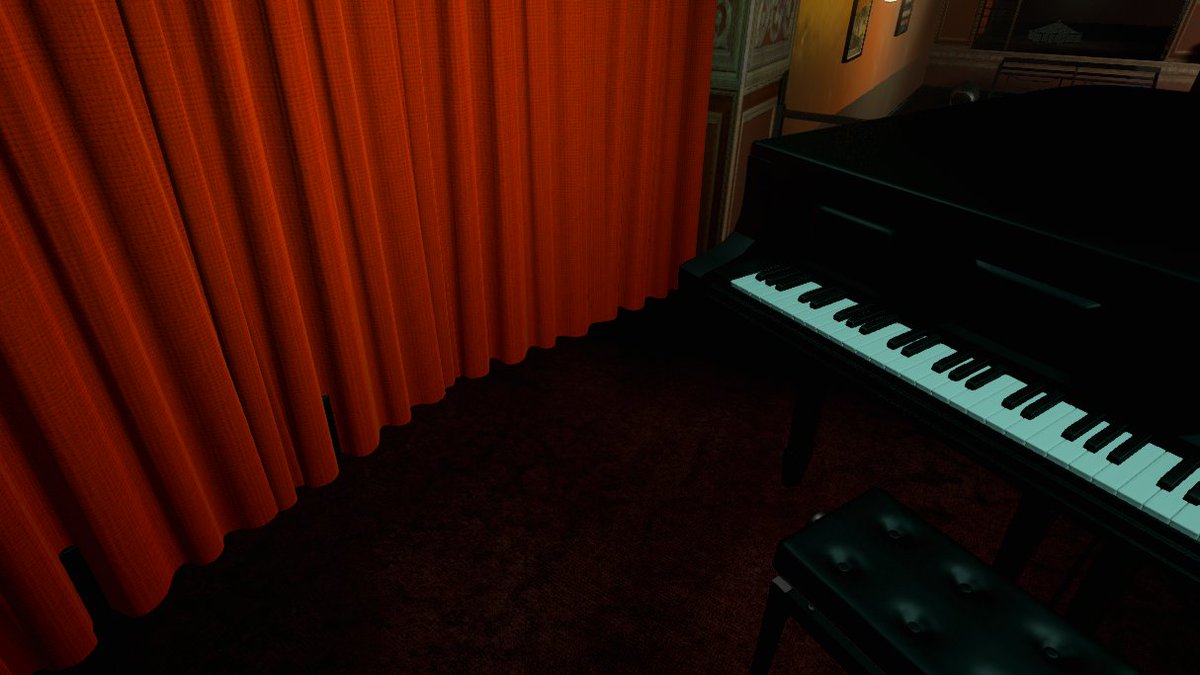 Above and below: An art deco bar with an interesting puzzle to solve. Mood lighting on the wall in yellow is matched with a contrasting blue light in the back. 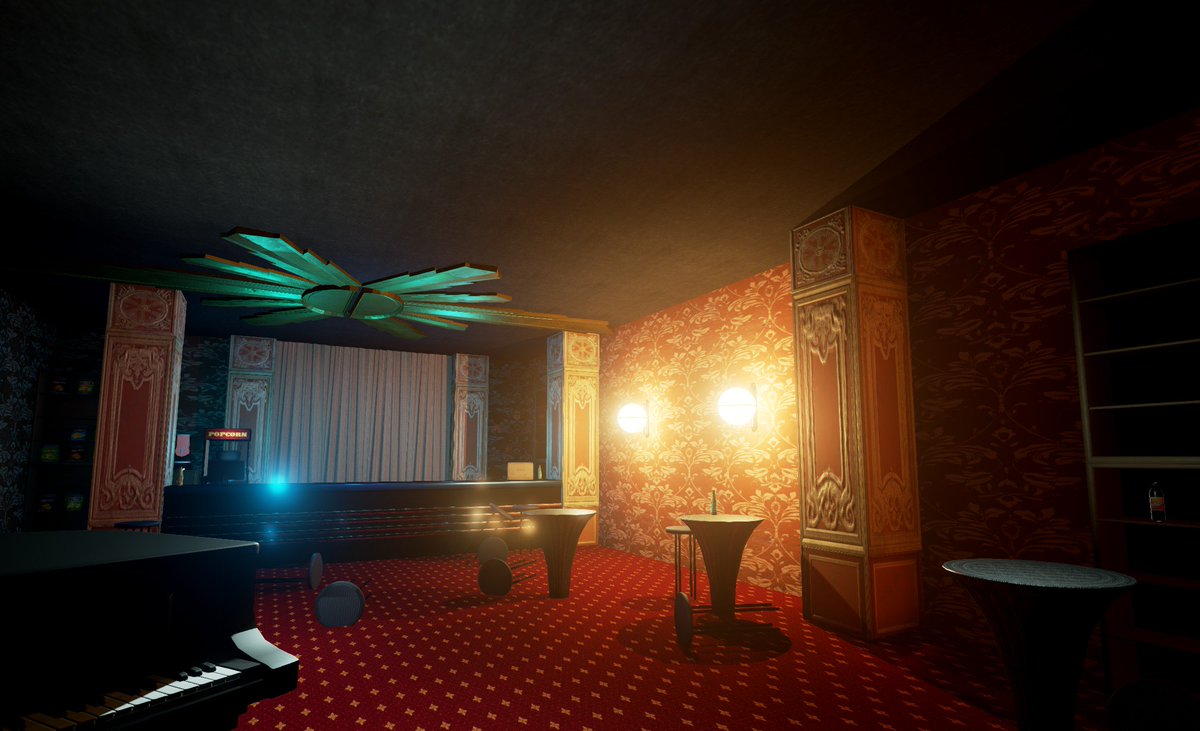 This week, we've also been working on the daytime "restored' version of the cinema, seen in the opening cutscene and in flashback sequences as the game progresses. The tone here is completely different to the rest of the game, with a focus on bright colours, daylight and harsh sunlight streaming down onto the pavement. The contrast between this and the later, above screenshots is clear. 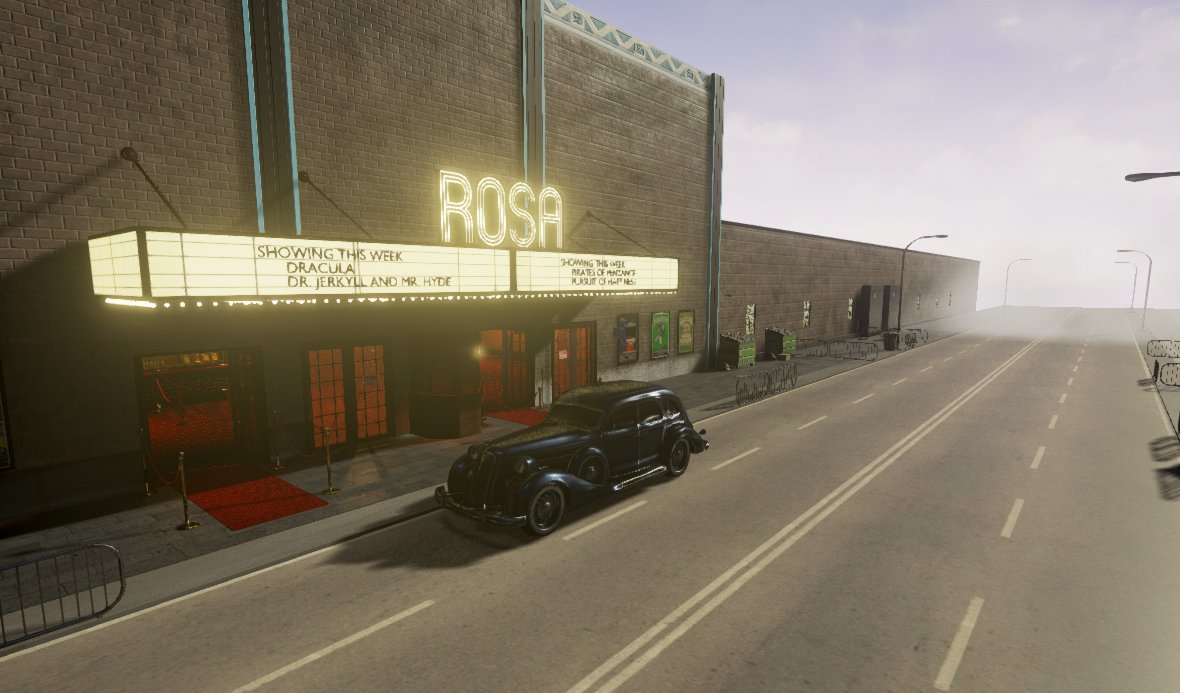 Theire is a cinema wher i used to live called northwick in worcester take a look its art deco.