What a crazy two weeks is has been for this Star Wars total conversion mod!!

When I posted our last news piece, we recently obtained a wonderful modeller/texturer by the name of HotDog. He made an incredibly detailed model of the XQ-4 station. Since then we have hired two new modellers/texturists, Kalo and Lord X. They are well known in the Empire at War community not only for their fabulous models but also for their great senses of humour! That being said, I wanted to give our amazing fans an update of what we've been up to in the past little while.

In terms of HotDog, he's been working tirelessly on the Corellian Patrol Boat model using ScribbleHEAD's blueprint as a guide. Here are the images of his WIP:Here is the blueprint: 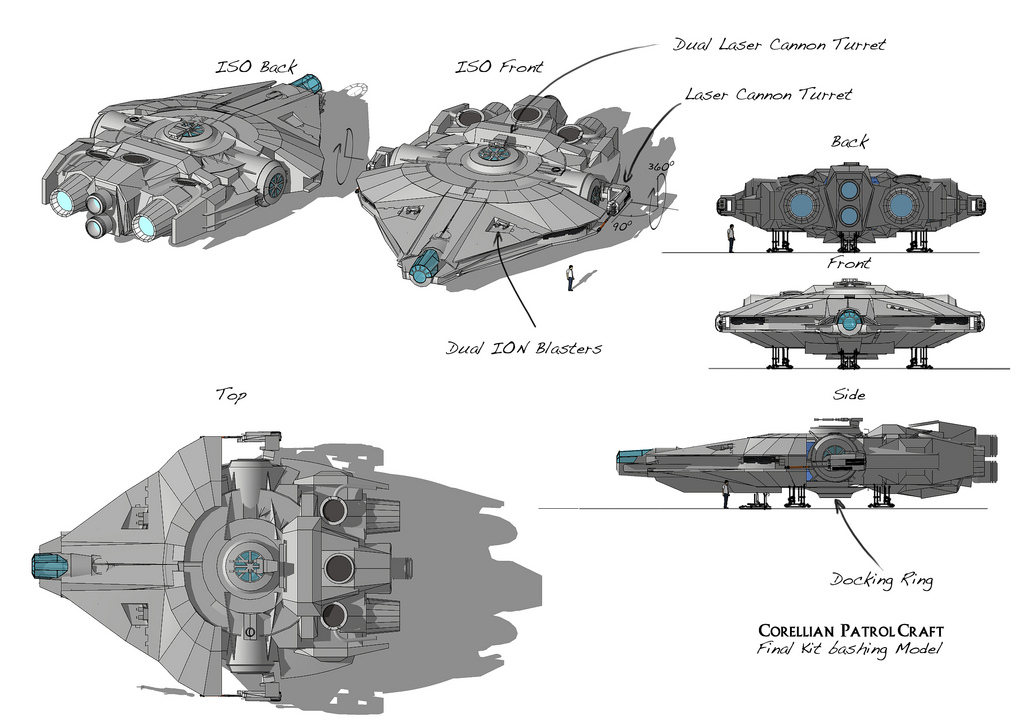 Here are the WIP images:

He is currently in the process of now refining the model and texturing it. I will post up images as soon as he completes that phase of this project.

Kalo started work on the three satellite variants that you will see littered around planets and bases. They will have functioning turrets/missiles launchers/radar dishes as well as faction specific colouring. Here is a render of his brilliant work! 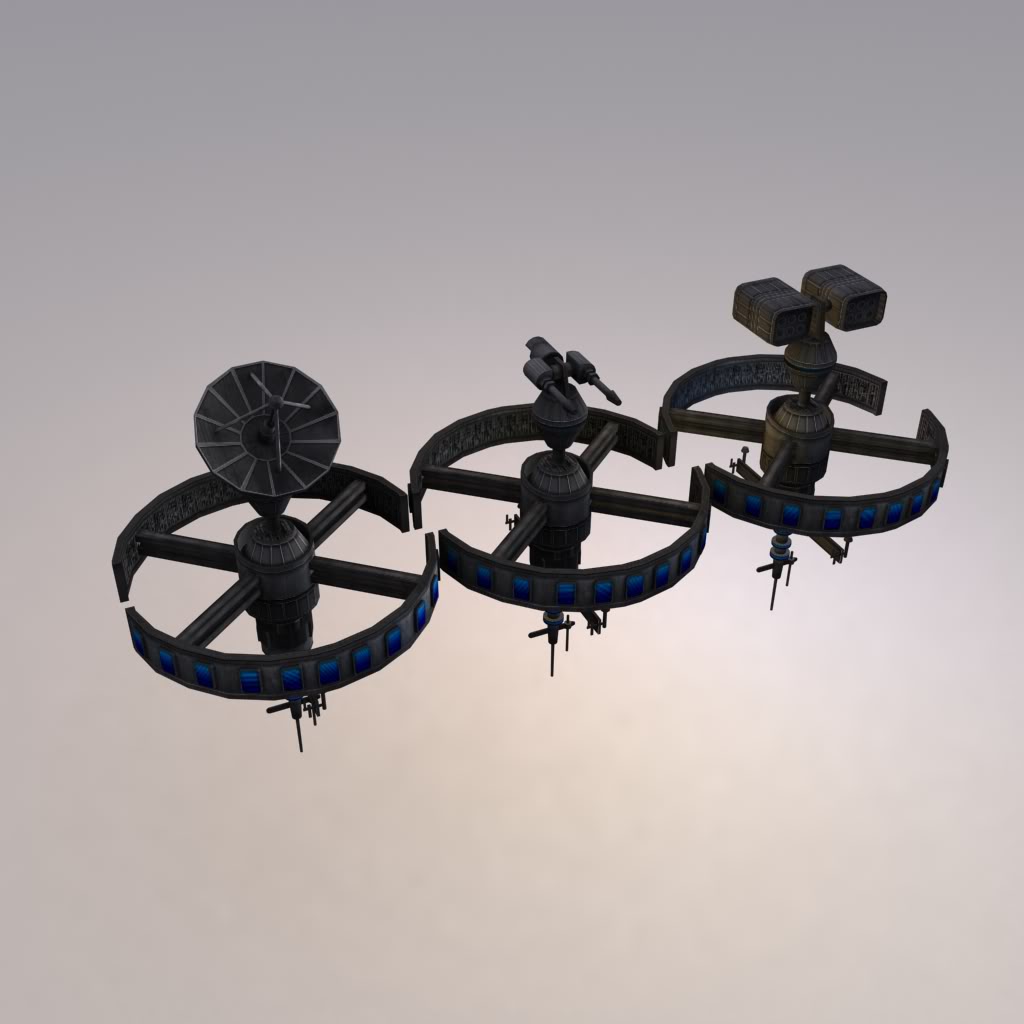 In between creating this project, Kalo also worked on optimizing our beautiful Neutron Star Class Bulk Cruiser. It's amazing what he's done to Overfiend's model and the performance saving is outstanding. Below, the model on the left is optimized with 2000 less polygons than the model on the right. 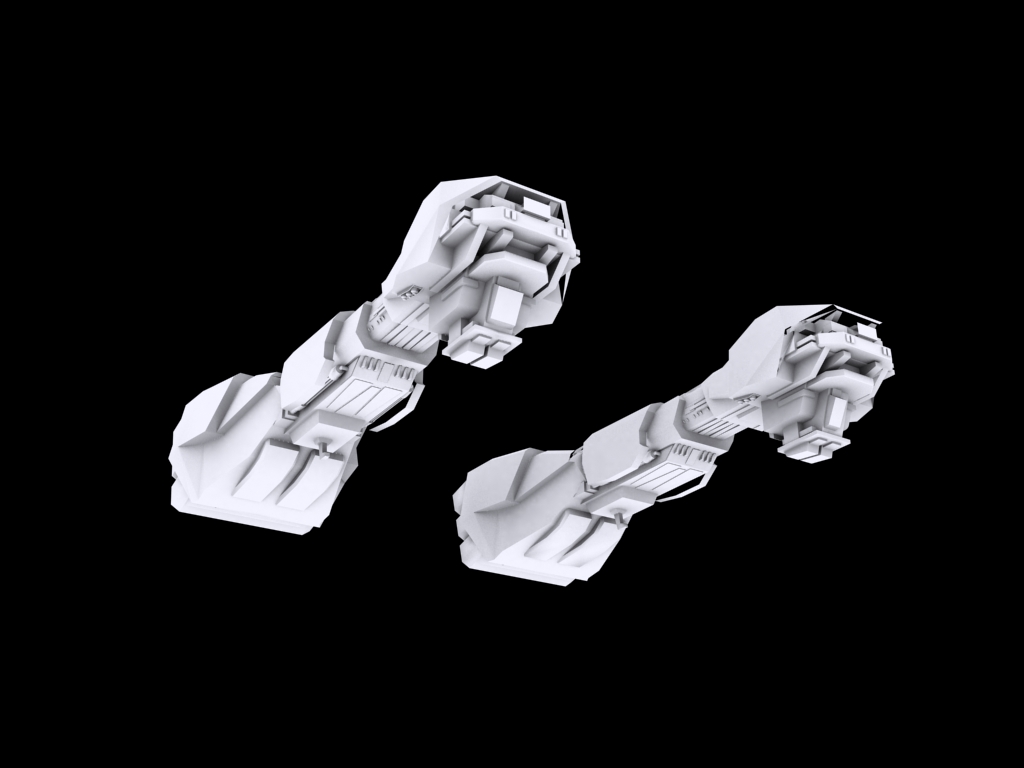 His next project is the creation of our new Hutt Capital Fleet (yes, you read correctly) working in tandem with Lord X. He will also work on our capital ship wreck project. More details about both to come soon!

Out last big development comes in the effects department with our graphic mod lead, FriendlyFire, creating the visual BOOM for our models. He's had worked on the project tireleslly over the past few weeks and I'm so pleased with the results. I can't imagine how good these models and effects will look with our capital ship wreck models! Below is a video of his work:

the video is not processed yet but i will look at it tomorrow
good models so far. it seems that the turrets have been inspired from empire at war

Ya, the modeller that did them is an Empire at War modder, so he does draw some inspiration from that game. I think he did a fabulous job, still, though.

indeed those looks pretty awesome also i just saw the wrecks and its a lot better than beafore. i just hope that there will be ship parts like empire at war in the future and ships tearing appart with death clones like EAW and/or Galaxies

May the force with you

MTFBWY, as well. Plus, we need all the help we can get :)

Thanks, Talon. Saw the First Strike 1.5 trailer just recently and I have to say I was blown away. You guys are doing some incredible stuff with your mod. (For those of you that play battefiled 2142, I definitely recommend First Strike if you love Star Wars)

Cheers Sushi. Just checked out the vids, fantastic work, nice attention to detail with the fragments spinning off and having their own little explosions, really quite epic.

So no hulking wrecks a la Empire at War? Too bad, but what is done still looks amazing. Great work!

Oh no, we're definitely going to be having wrecks like this one: Moddb.com
These are just the explosion effects you'll see when the ship goes boom :)

Ahhh, wow, I missed that one. Incredible! :D

Nice.
Would be cool if the debris would be longer visible.
Would it be much of a performance drain if it stays for like a minute?

With our bigger debris, they'll be viewable for one or two minutes.

Can't want to vote this mod of the year ;)