One of the new maps added recently to Rising Son - the large urban planet "Nar Shaddaa."

This is another map I had a fun time making - similar to Kashyyyk: Treetops, Nar Shaddaa: Docks was more an experiment in building a structurally believable environment than anything else. Again, like the Kashyyyk map, the problem is one of perspective - I don't have infinite resources available, but my goal is to create a planet-sized city, and since I'm so high up, I can't rely on my skydome for the entirety of the detail.

This map actually ended up being significantly easier to procure the desired effect than it was for Kashyyyk - most of the work in that direction was just building prop skyscraper after prop skyscraper. I built in excess of about twenty different buildings and scattered them around (and below) the main map area, and in combination with the skydome, it ended up creating a relatively believable city. Since a city is a lot "busier" than a forest (ostensibly), I could play around with a few more additions to give the city some life - several different elements move throughout the map: a small cargo train through a train station, several different frigates fly in, land, and take off. 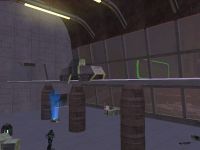 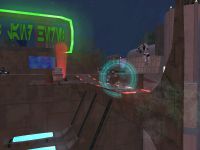 I also thought this was one of my better maps in regard to integrating form and function. The map itself is designed around a small docks area - a control tower-esque building, through a loading dock, to a large dock (with which is docked a freighter), to the inside of the freighter. 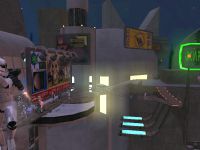 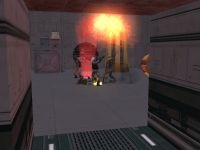 There are actually several small easter eggs in the map that the average player won't notice - all the signage is consistent, in-universe, there's a propaganda news broadcast re: Alderaan, a control terminal with views of several different areas on Nar Shaddaa (really small clips from other games featuring the planet), the freighter you go in - which is immediately recognizable as no more than a large, boxy structure - is actually one of the most common freighters from the X-Wing/TIE Fighter series (you would not notice this unless you zoomed out from the map, though). 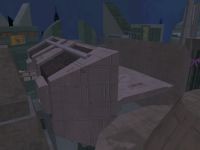 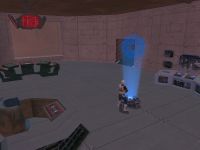 And as with most of the maps, this one alternates between a couple of different environmental settings - either a standard dingy night or a rainy night. The rainy night actually appears to be "cleaner" than normal and this is intentional - consider that on the rooftops of a large city, the sky and the area will appear much cleaner after a hard rain than any other time. 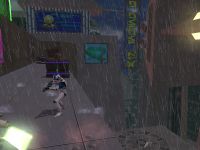 Nice, i am looking forward 2 this