We are now have new enemie types and a village to show off!

It has been about a month since our last DDD, and we have made some significant progress since then. Thanks to everyone for killing all those skeletons in the demo so that we can now move on to smaller but quicker foes that you will have to face off with in the world. We also have been working on other Points Of Interests(POIs) and have our first village that will be spawning on the world map! So keep reading on!

If you have followed any of our social channels like Twitter or Discord, you may have had a sneak at a couple of our enemies. For those who haven't, we have those photos and some additional info in regards to our newest enemies that will be entering the fray alongside the skeletons. 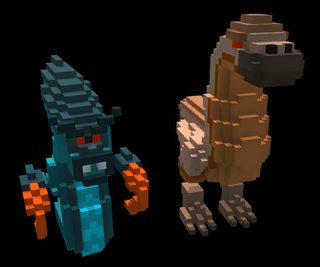 To get ready for our new village that we will be adding into the world, we will be including both friendly jungle tribesmen and some undead versions. The slight changes between them should require you to pay a close eye to any tribesmen you come across so that you don't take an arrow to the back. 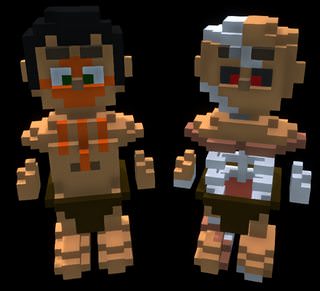 Just like the Skeletons, Tribesmen will come in many forms including fighters, archers, and healers. They will be quicker and smaller than the Skeletons and will use that quickness to overrun you, so you will need to be careful how you engage them.

The other enemy we have in store is an orc, the green brutes of our jungle that are tough and have the ability deal a lot of damage with only a few swings.

But there will be even more! 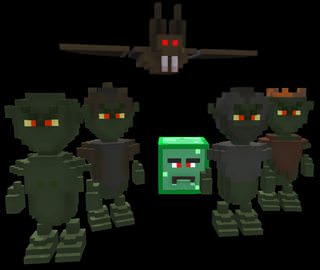 Biome generation was something that we finished weeks ago, but it is common during game development to come across issues which cause developers to have to redesign some elements to continue advancing. The problem we faced was that it wasn't possible to spawn objects like our village into the current generation of the region without it coming out ether flying in mid-air or other parts of the village getting stuck halfway below the ground. Sun came up with an excellent solution, that we have named the "POI-System", which will account for pre-generated content like our village during the chuck generation allowing it to be at the set height and block type for that point of interest. This system will allow us much more flexibility with future points of interest and make sure that it doesn't conflict with the current generation of the biomes.

Here is a look at the new village in the biome: 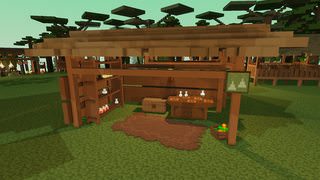 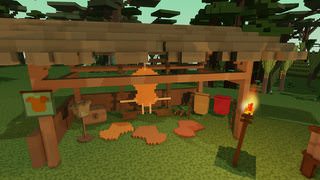 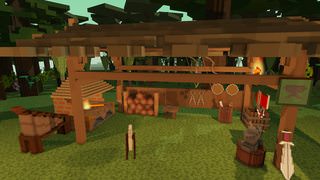 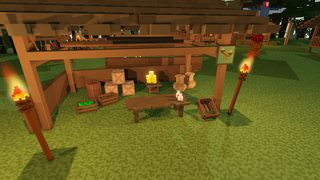