I've given a few of the vanilla models a facelift...

Just a small update from the 'Front, to show some of the re-vamped models that will be in the 3.03 patch... 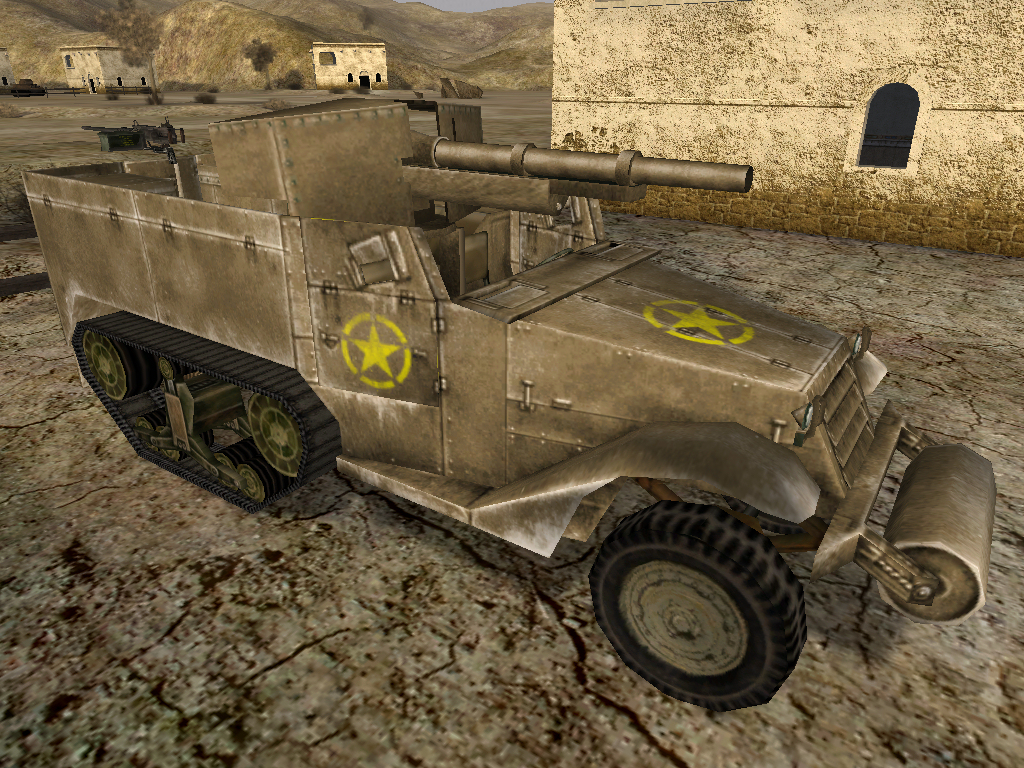 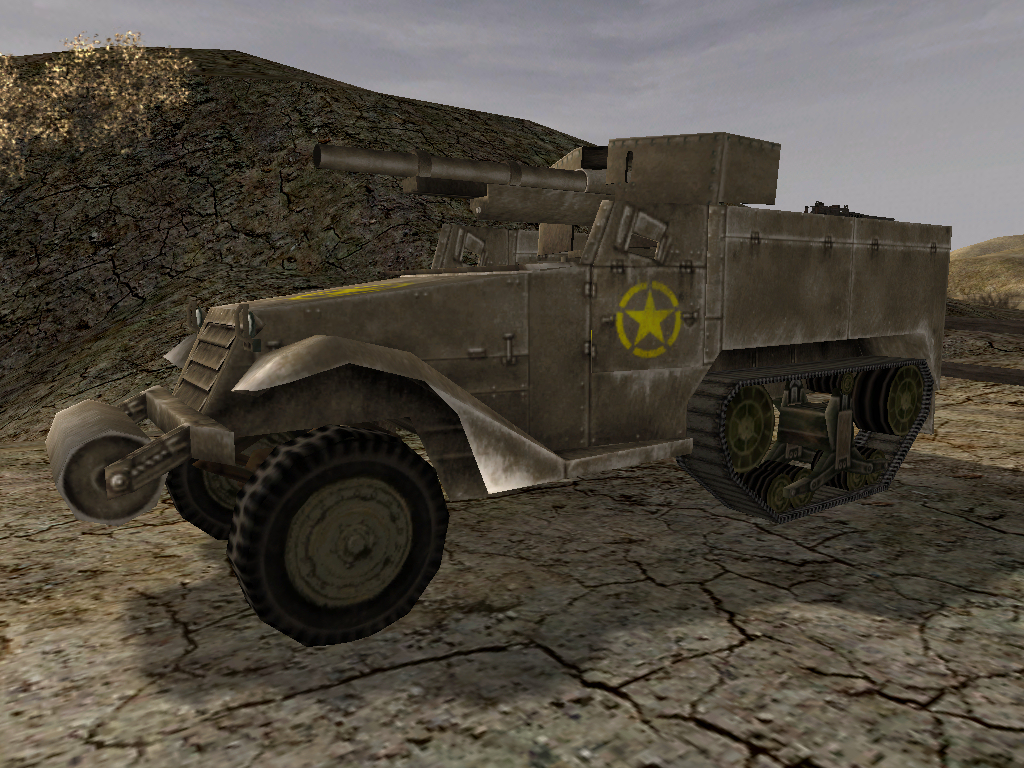 This is one of those vehicles that doesn't get much community love. It had a turn of the century French 75mm cannon, with the same armor as the M3A1 Halftrack. However, used correctly it can be a formidable weapon. 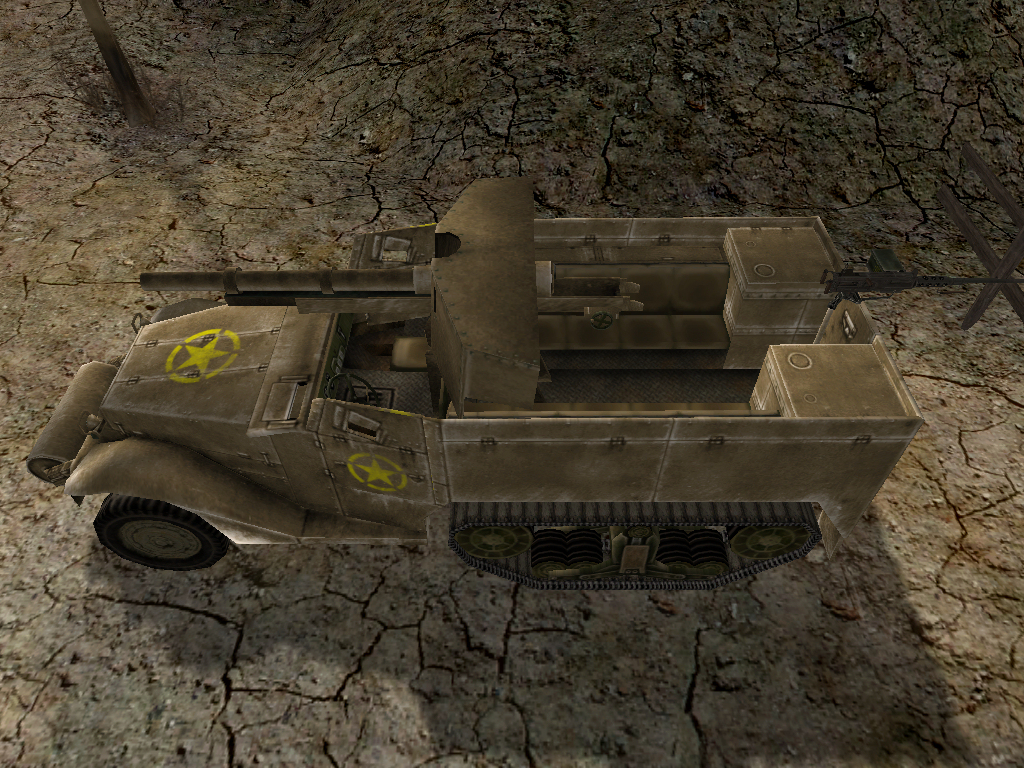 It's main gun will penetrate most German armor of the time period, and it is more mobile than a tank which allows it to carry out shoot and scoot tactics. Plus, the vanilla model just looked bad, and I wanted to upgrade it :) 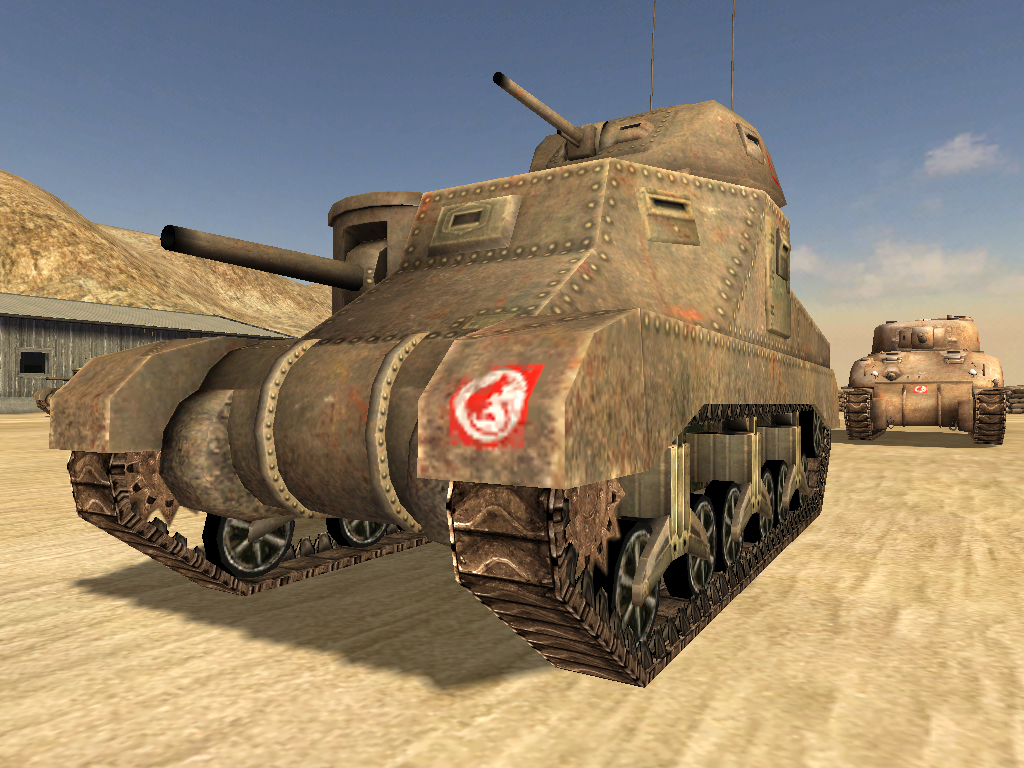 The original vanilla model had arguably the worst texture of all the tanks, save maybe the StuGIII. The Road to Rome dev team didn't put much effort into them, and it showed. I started out wanting to re-wrap and re-texture the tank, but I figured if I had to do that much work, why not just re-model it as well? 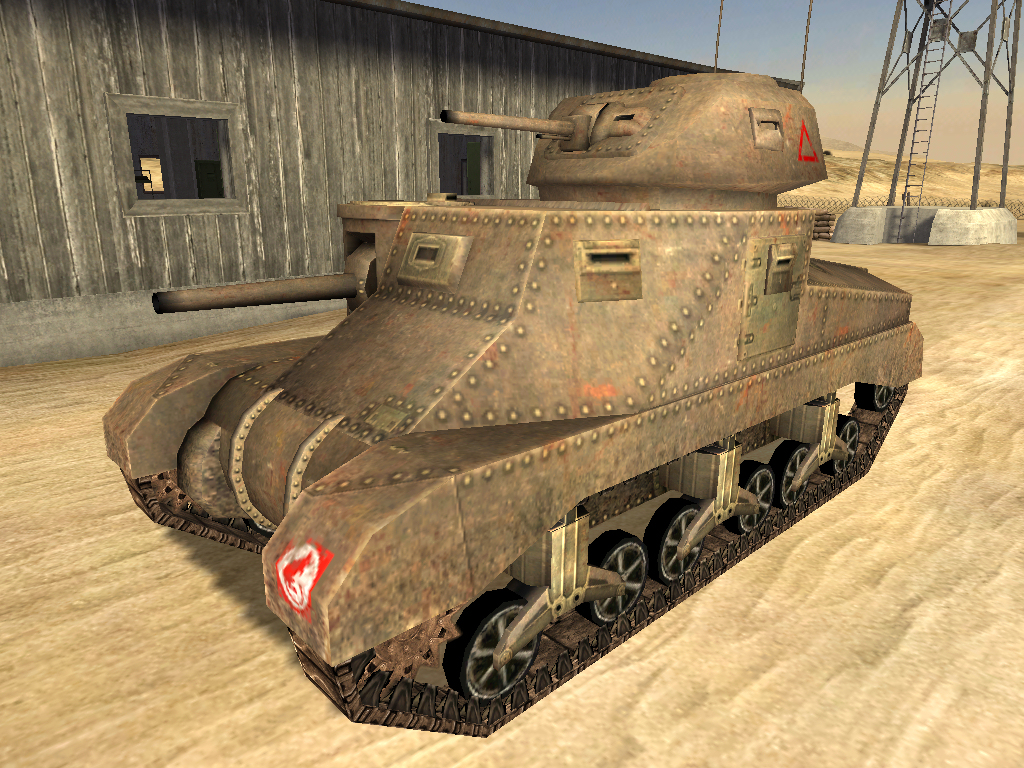 Plus, I needed a new model for the next addition to the 'Front... 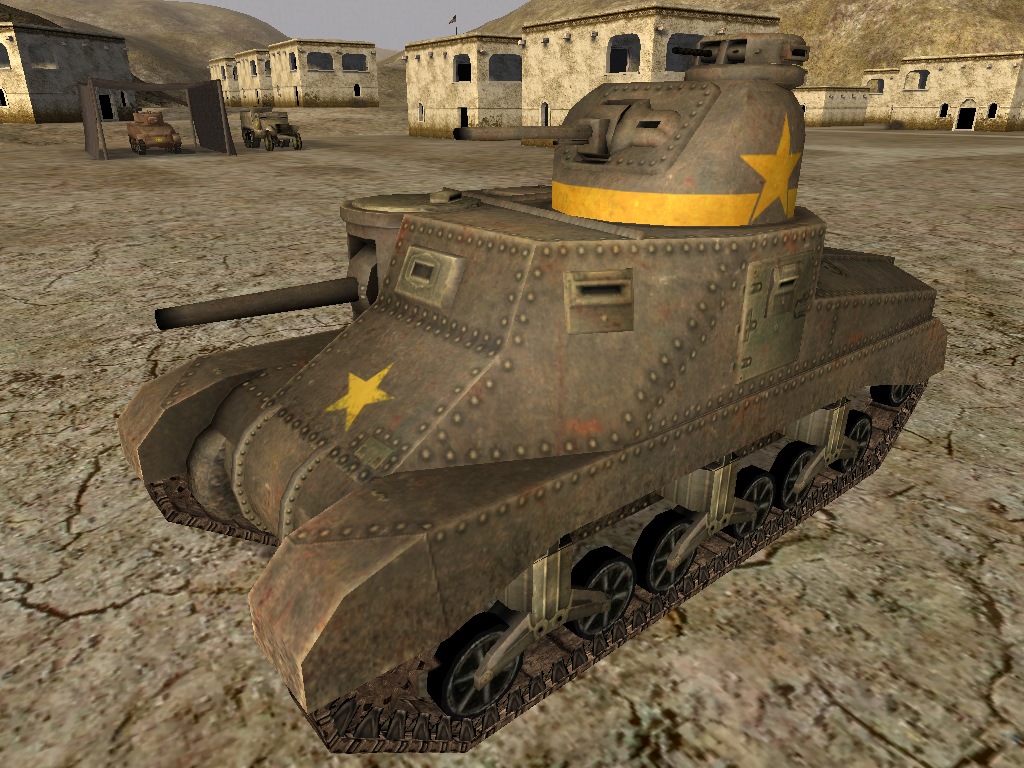 The American forces FINALLY get the M3 Lee, which was the US version of the M3 with a different turret than the one the Brits used on the M3 Grant. This is a 3 person tank, with the driver operating the 75mm sponson-mounted main gun, a turret operator manning the 37mm turret gun, and a commander operating the cupola-mounted .30 cal machine gun. 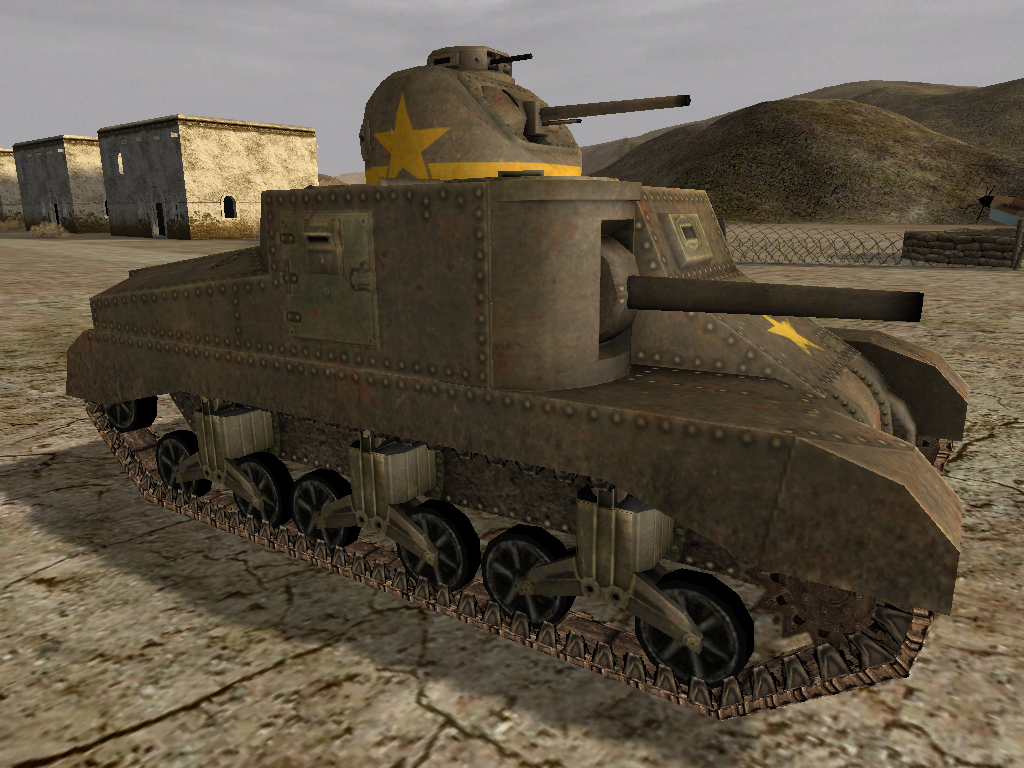 I've fixed a few bugs that were reported, and we are currently working on fixing network issues with the maps and vehicles so we can run the entire mod on our server (several maps are already up and running). I will be looking for a group of people that would like to beta-test in a few weeks, so if this is something you think you may want to do or have time for, keep an eye out for the official request!

That's all for now,

Thank you for your feedback. I increased the contrast of the textures and re-did the smoothing groups of the M3 after taking these pics, but posted the older pics instead to get the news release out faster. Still, I have added more detail to the model, and dirtied the texture up a little, so hopefully the version in the release will meet your expectations :)

Post updated pics! In the end it's all about the details that make the model pretty.
Also, something about that yellow paint color seems off to me. Was it really like that IRL?

The pics have been updated, as requested.

You may notice that the Lee is darker than the Grant...yet both are the exact same color, as they use the same hull with the same texture sheet. Sky and sun settings are going to make textures look different from map to map. My onboard video card also doesn't help any when taking these pics.

It's best sometimes to see them ingame as opposed to pics, but I have to show y'all something for the news. I think you will be satisfied with them when they are released in the next patch :)

I see now! much better!
Really randomly stumbled upon this mod, will try it out :)

Your work is fantastic, you've made BF1942 alive again!