This article covers the changes/updates to the game and the upcoming new alpha release.

Hello and welcome to the world of Fragments of Genesis...

If you haven't already done so or find that you like the contents of this article, please head on over and vote for the game on Steam Greenlight:
Steamcommunity.com 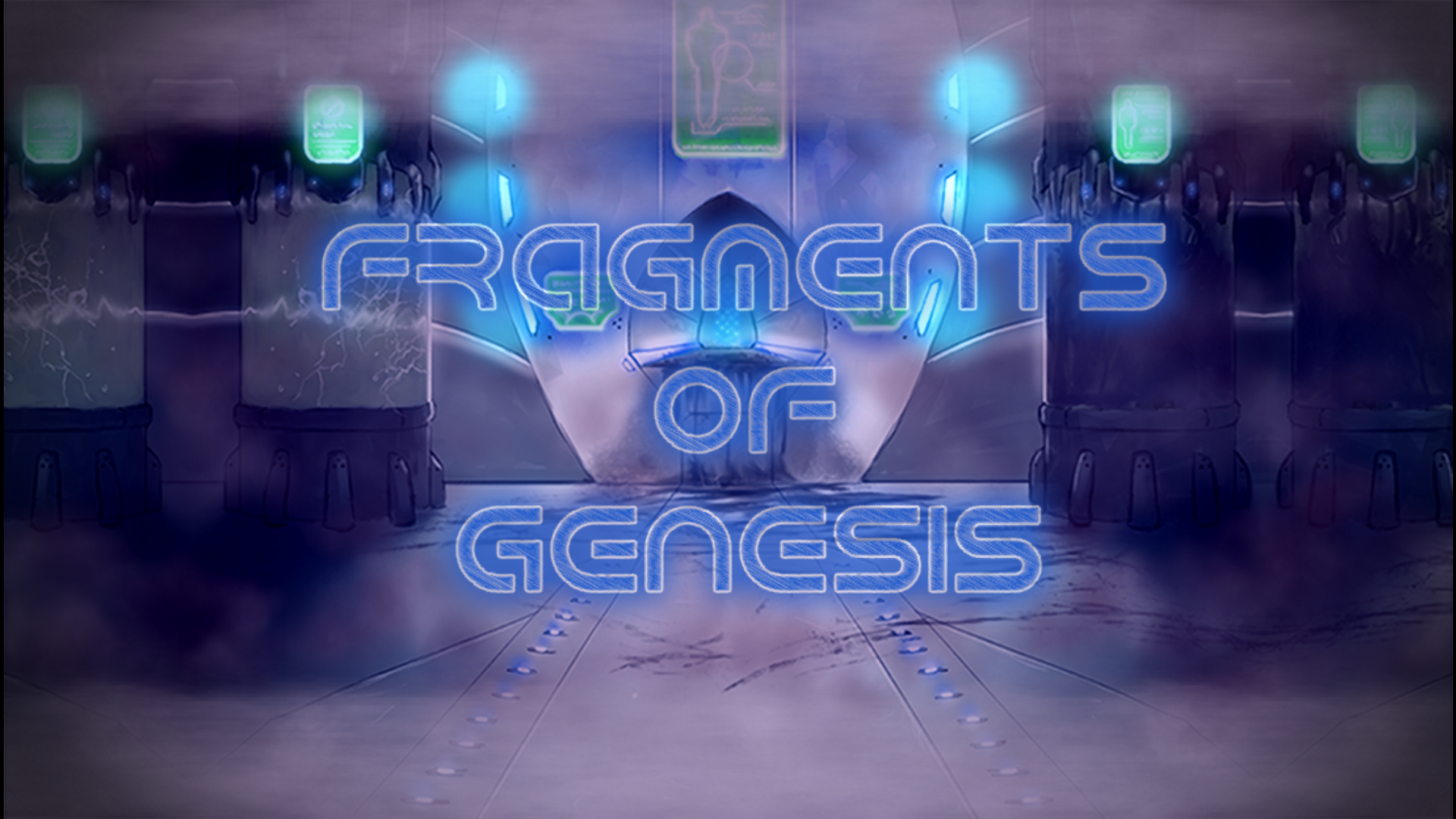 The last time I posted an article I wrote about the steam greenlight campaign and the release of the first alpha, since then there's been a lot of great feedback for the alpha and a lot of updates implemented! Let's go ahead and go over some of them shall we ^_^

First of all since the game is set on a desolate planet and the ship is apparently devoid of human life, there should be some signs of what happened right? Yes, yes there should be, with that thought in mind I went ahead and added some blood splatters here and there but not too much, don't want to make it overbearing. 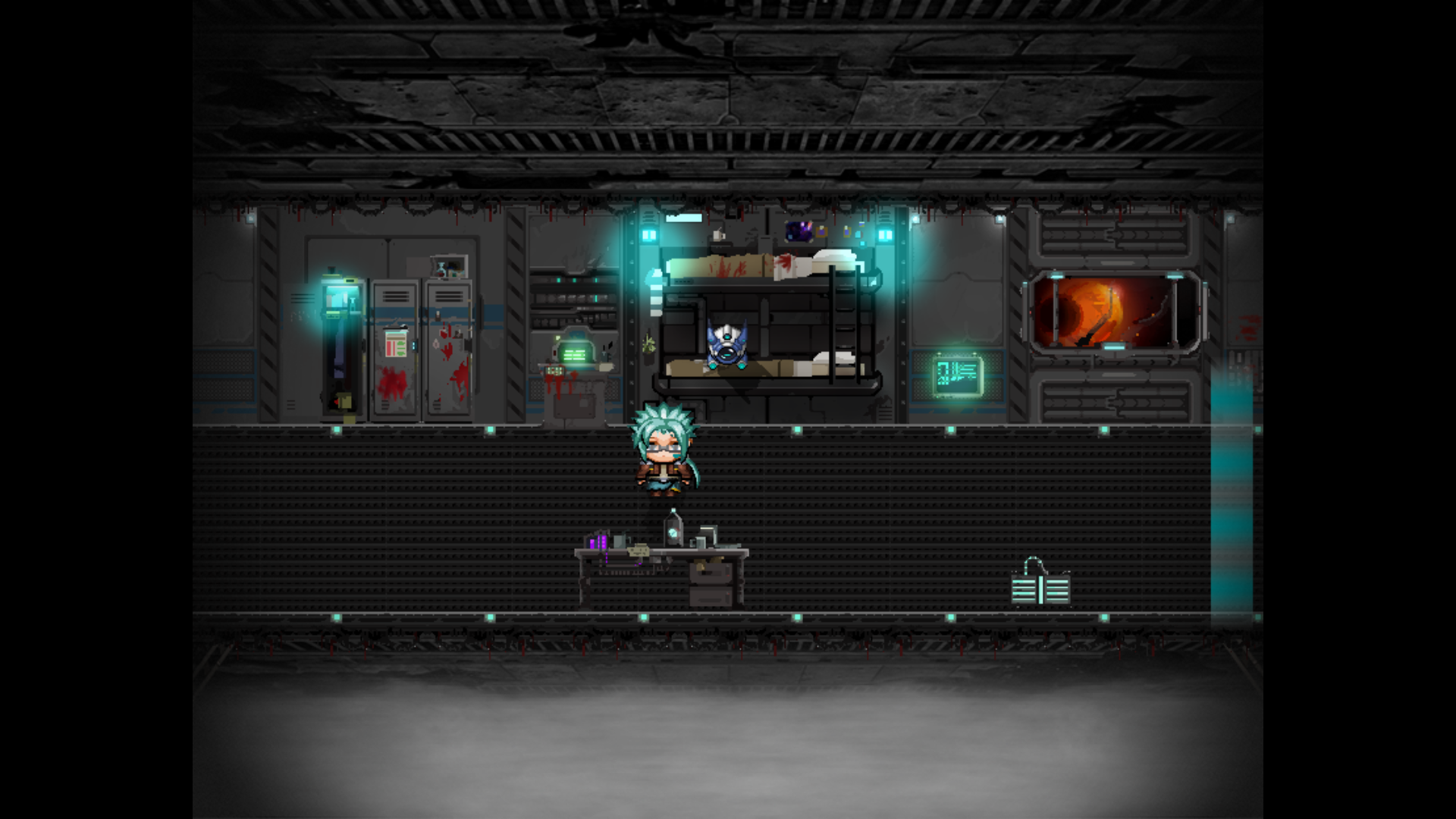 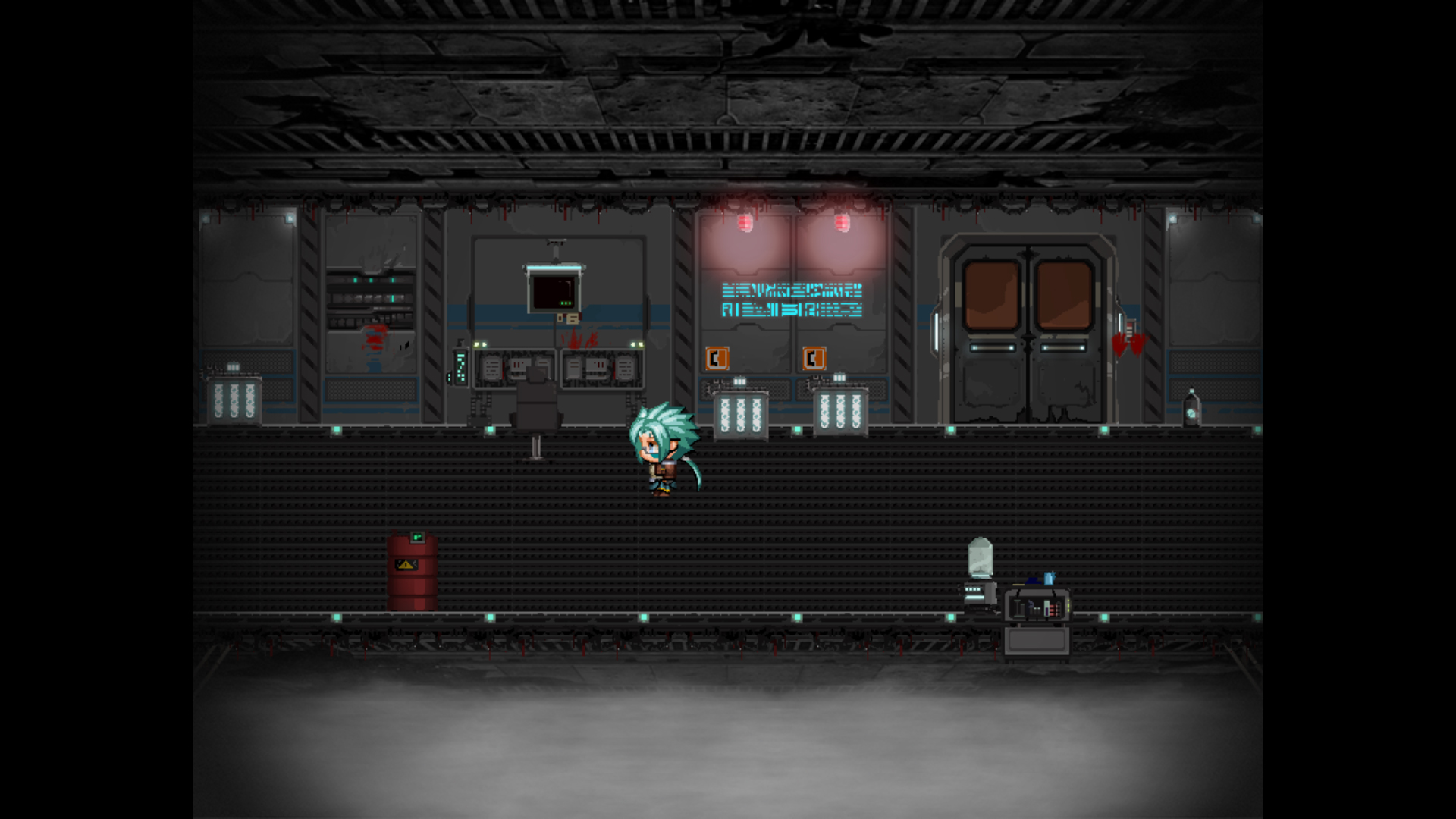 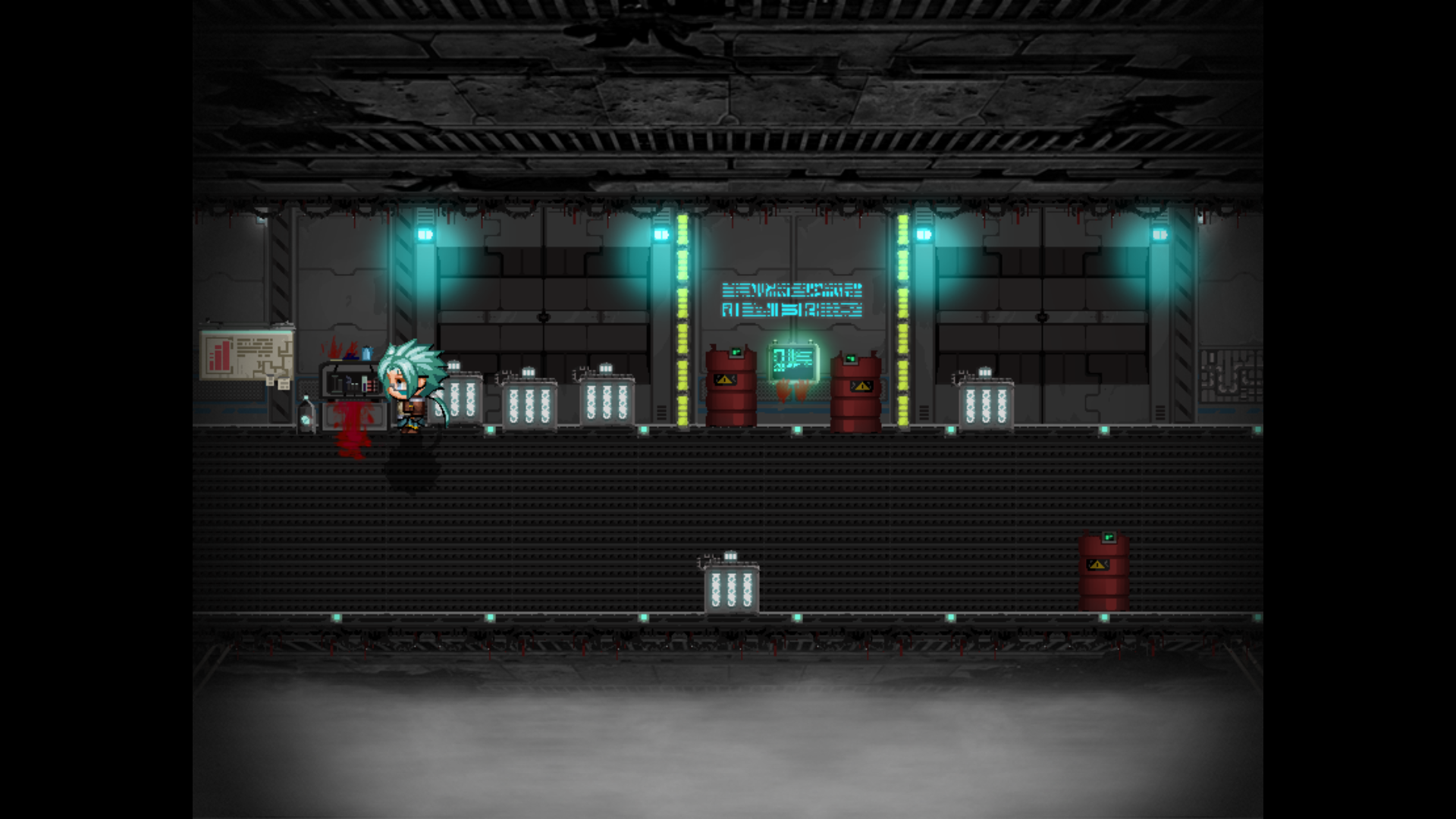 Some of the scenes actually have windows that allow you to see outside but most might not have noticed that there's no rain displayed, even though it's raining outside! Well this was due to a few things but I was mostly figuring out a good way to animate the rain and make it still look somewhat believable. Also adding in spacial audio so i can have rain sounds play when near the window was an addition definitely needing adding.

Here's another windows that I animated the rain on which is on the second floor.

While you could interact with most of the consoles in the first alpha, it was mostly just the crude, bare bones interactions and needed some updating, among many other things.

If you tried the alpha then you know that it ends at a certain point, only offering 2 floors of the ship to explore and only 1 room on the second floor that is explorable, as I went back and touched up a lot of things I moved towards expanding the second floor and of course expanding on the initial room designs to offer more diversity. 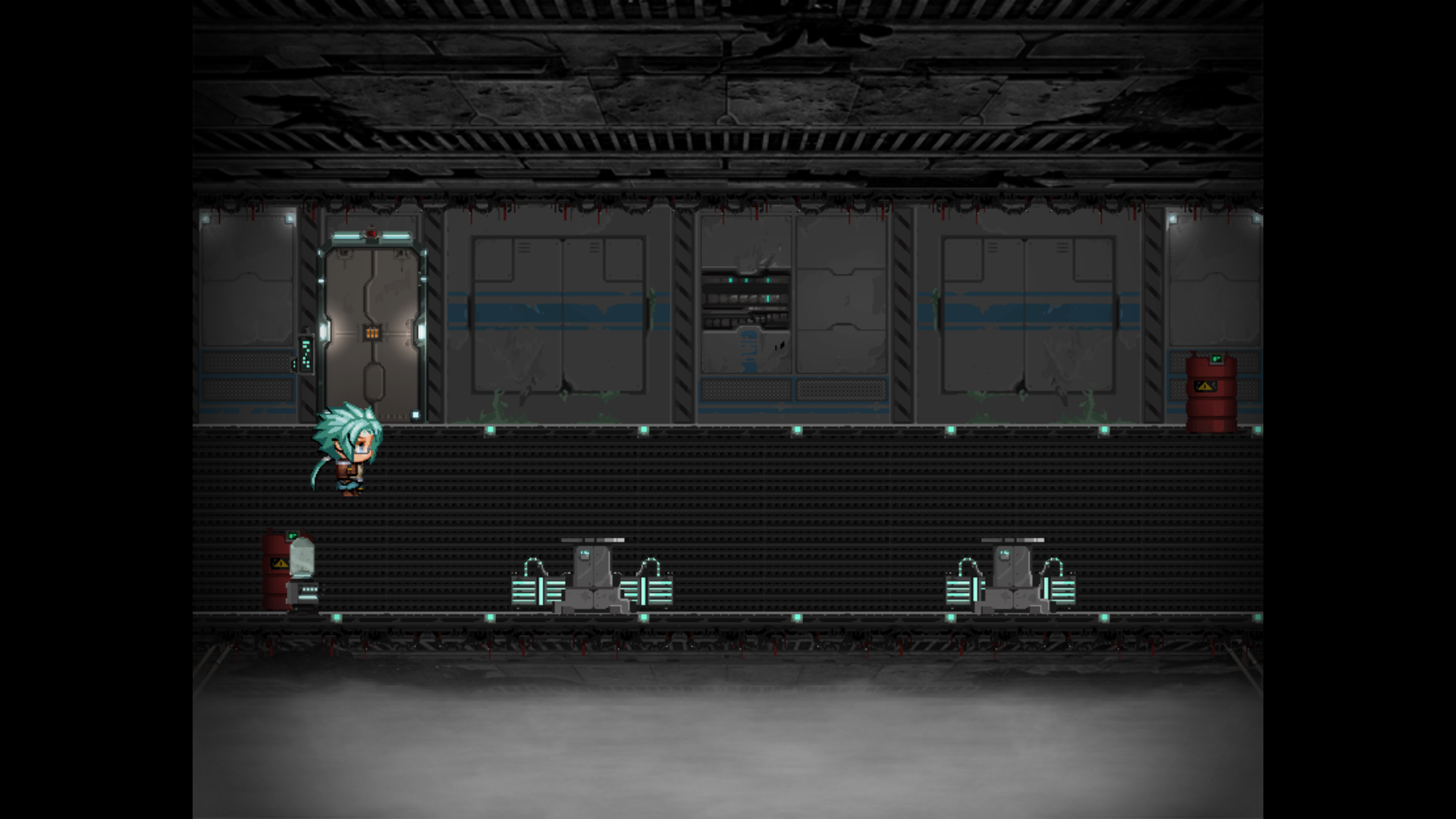 With this new layout working nicely I knew that there was something missing because it felt a little too bland, so I added a center piece and a few other things. 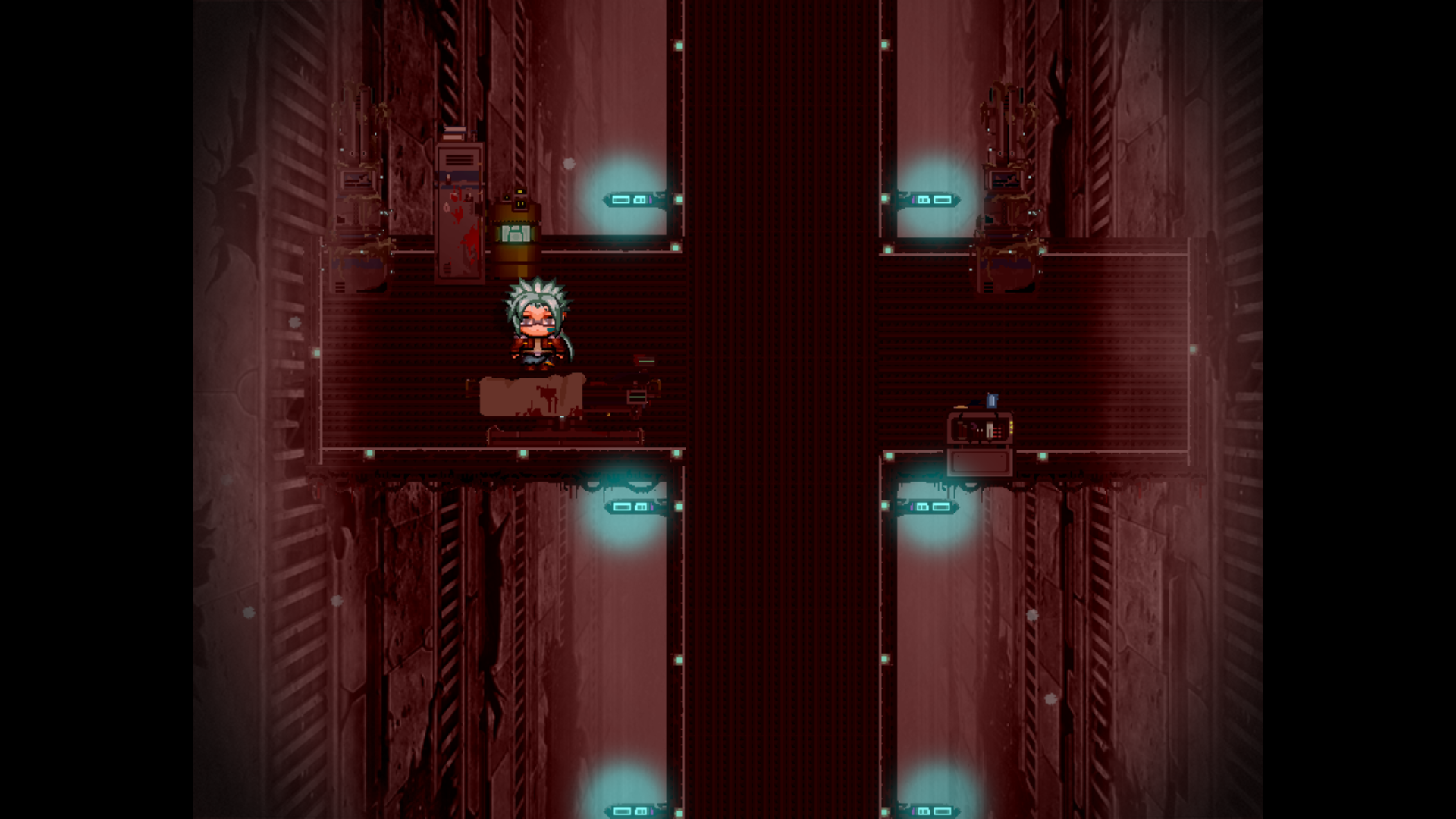 And of course every good game needs some sort of intro cutscene, the game was lacking one and I definitely had a strong urge to add one!

Now you might be thinking? Dang that's a lot of changes, is that it? Nope, not even close, here we go!

Next thing I added was the inventory display, previously it was just floating icons displaying items you had gathered and wasn't very visible nor intriguing to look at. Let's update that! 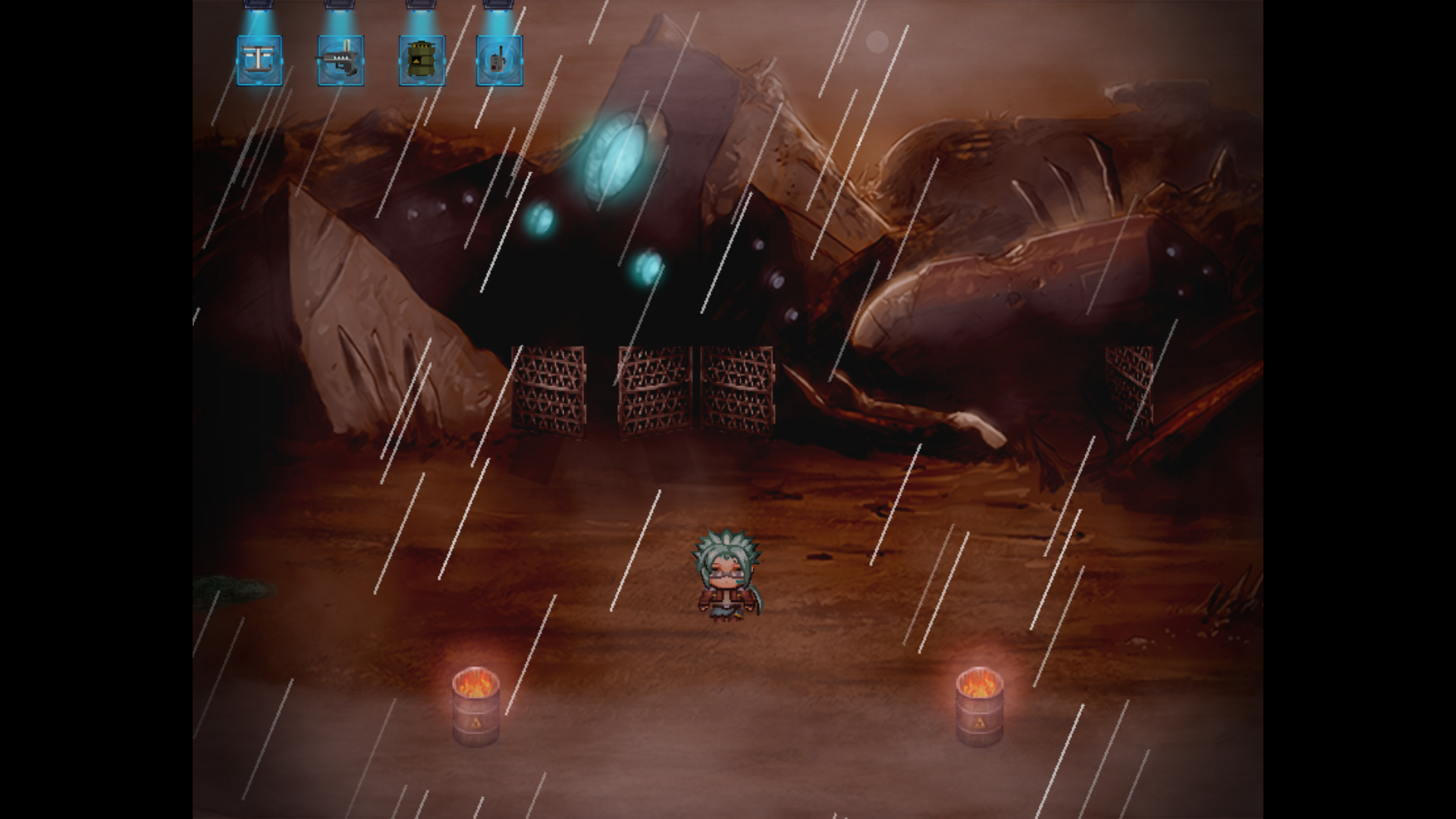 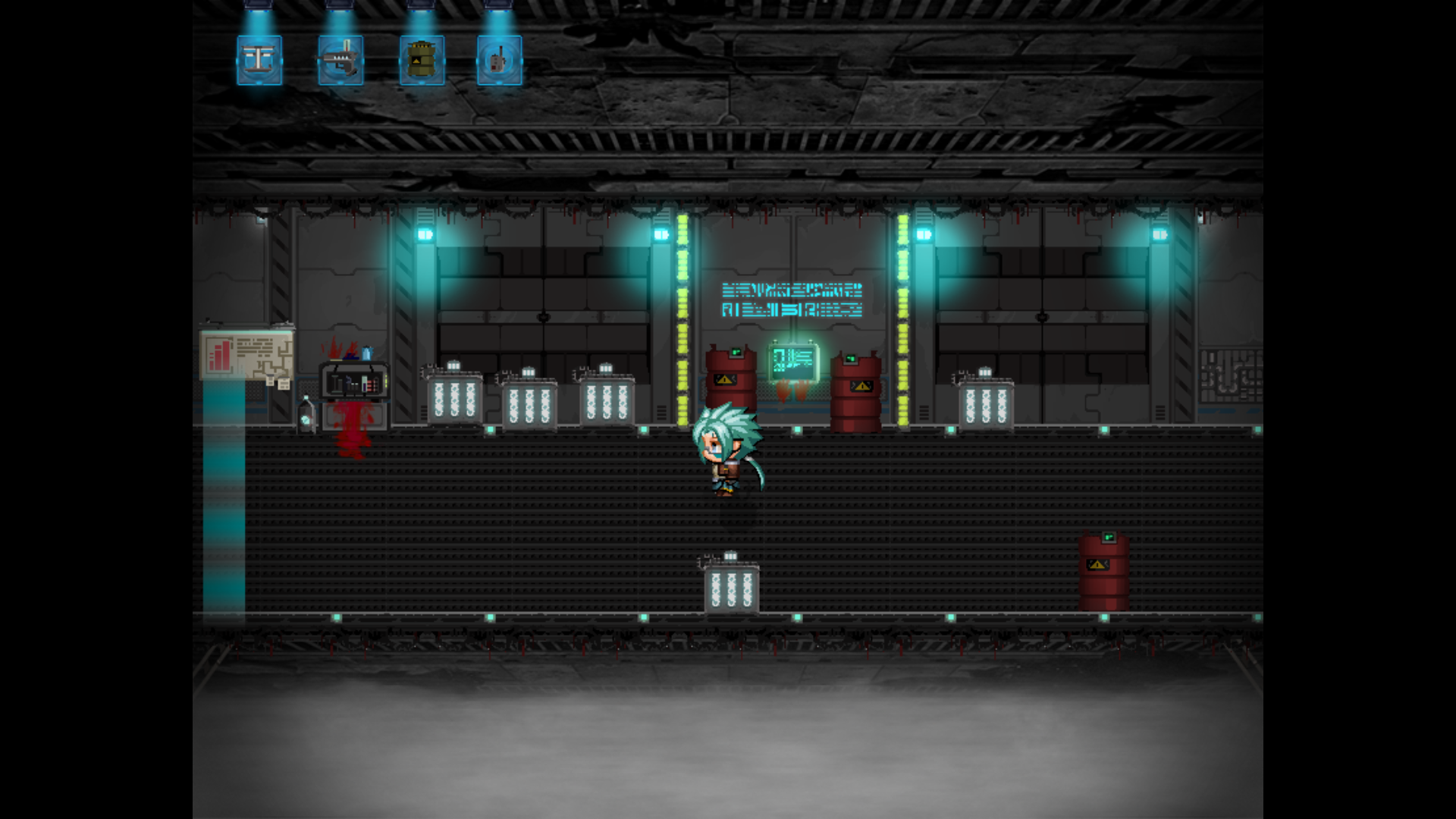 The design itself was intended to be simple and non intrusive on the gameplay while still highlighting the items and making it apparent where they are displayed at. Not an easy task with a setup like mine and of course the limited screen size, wait I can fix that? Of course I can!

After a lot of contemplation and tinkering with the game engine, as well as considering the general aspect ratio of most games since the 90s, having a 4:3 aspect ratio started to bug me in more ways that is hard to express. At some point I simply decided "that's it!" and started converting the game over to 16:9 aspect ratio, the most common ratio used nowadays.

The transition wasn't all that easy nor clean but I had a will so I made a way!

This was only the beginning, I needed to go through every single map/scene and re-design the maps in order to properly display for the 16:9 addition, re-configure any light positions/shadowing and interactable items, etc. etc. and the list goes on. It took some time but things started to come together and overall I am happy with the results.

Along the way I started to insert a few more animated poses for certain actions in the game as to bring the character alive and offer more eye candy for the players. 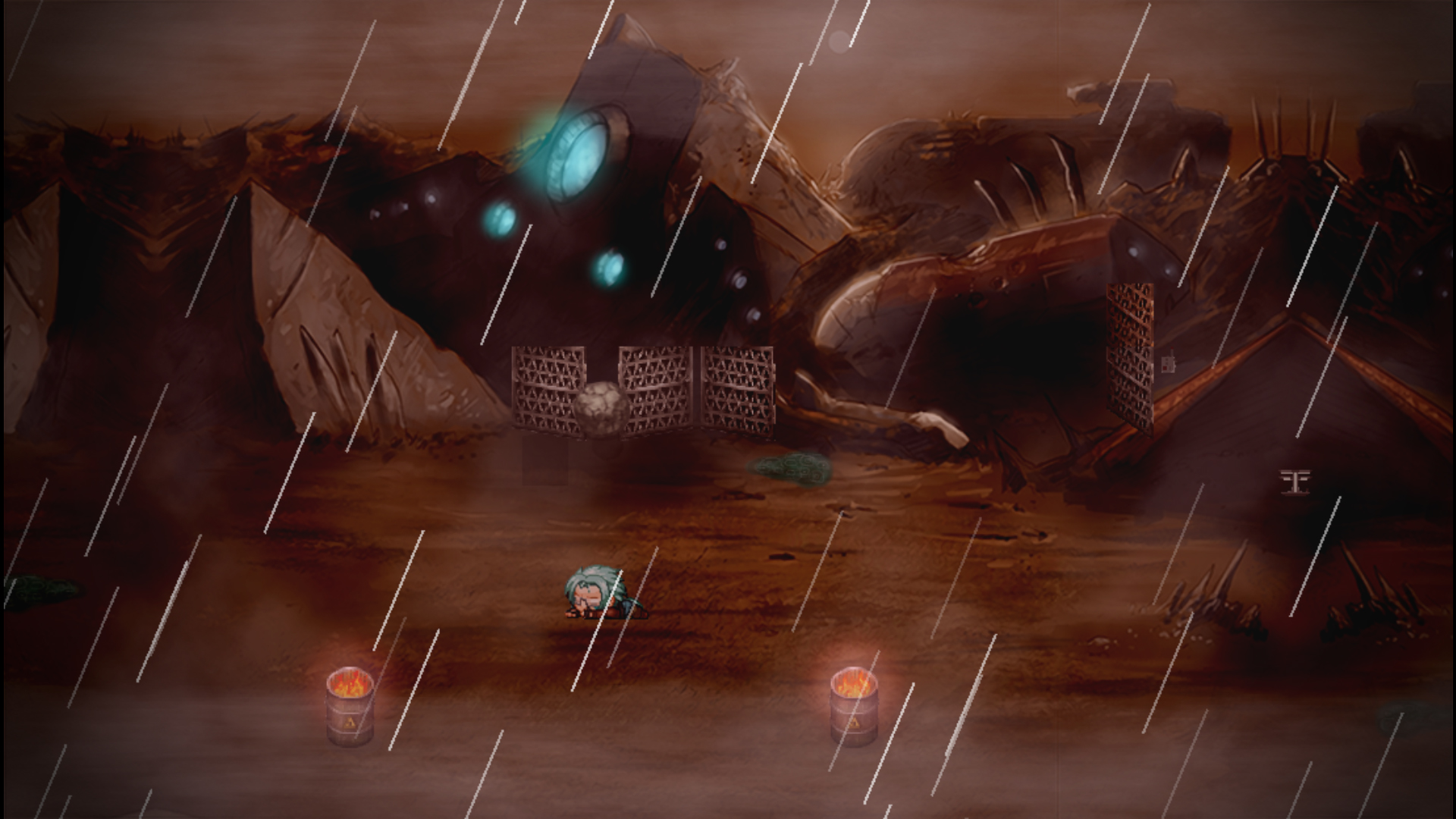 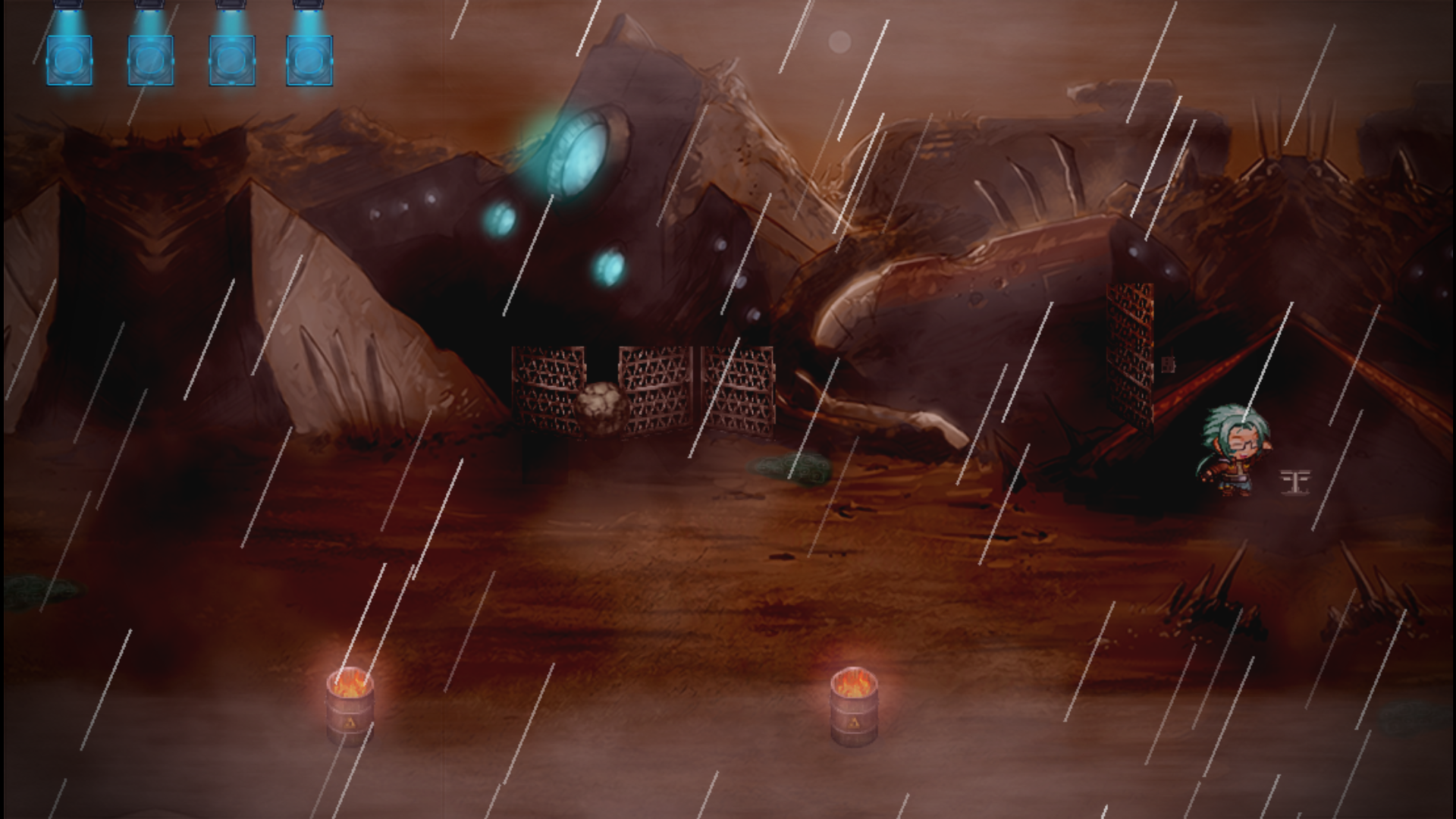 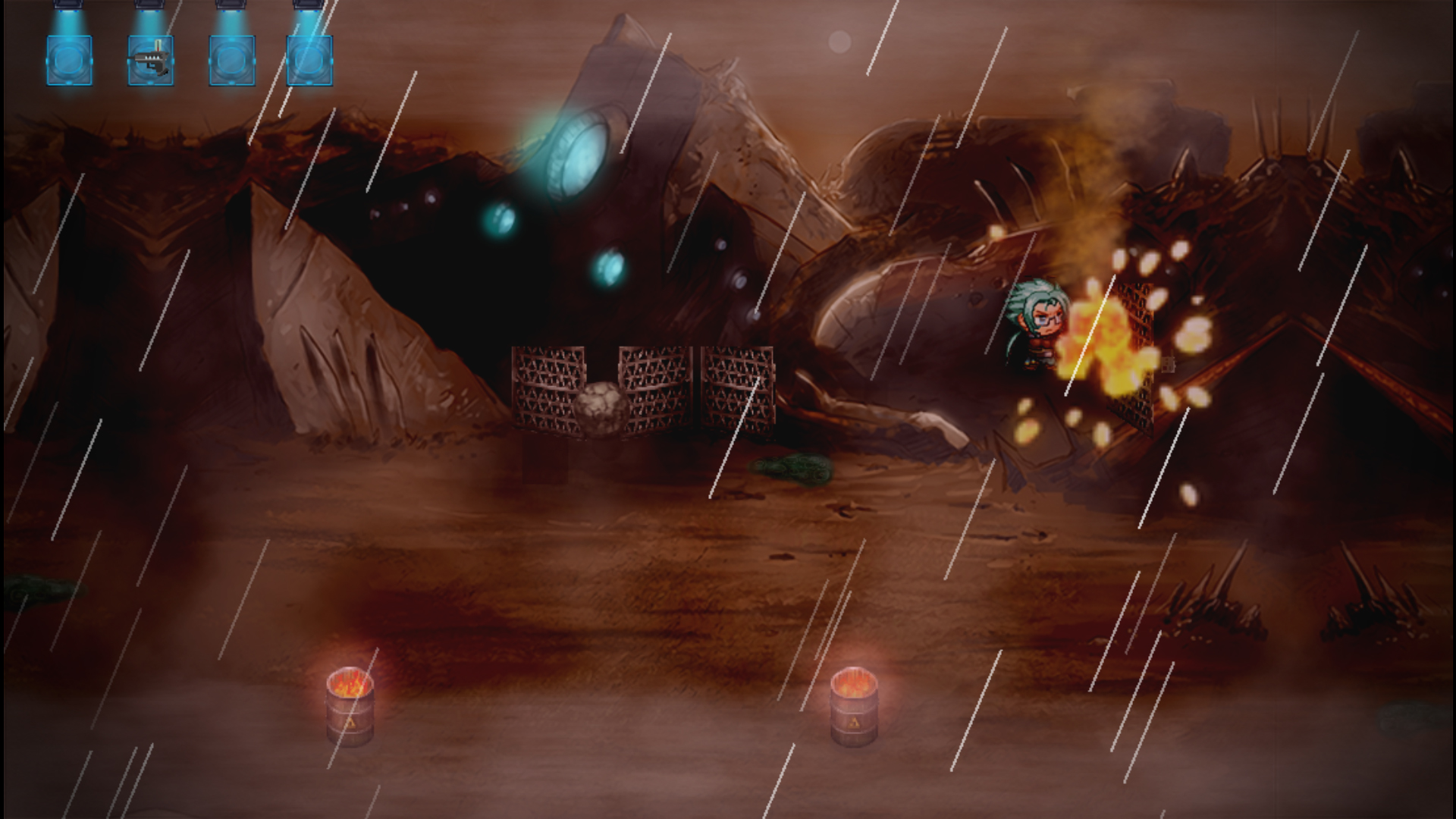 Now that the game is 16:9 I needed to re-work the entire intro and all the positioning for things, after doing that the intro started to really look like something i could enjoy watching as a player.

After all this, the game felt a lot more complete and was getting closer to finishing up all of the changes and updates for the new alpha release! 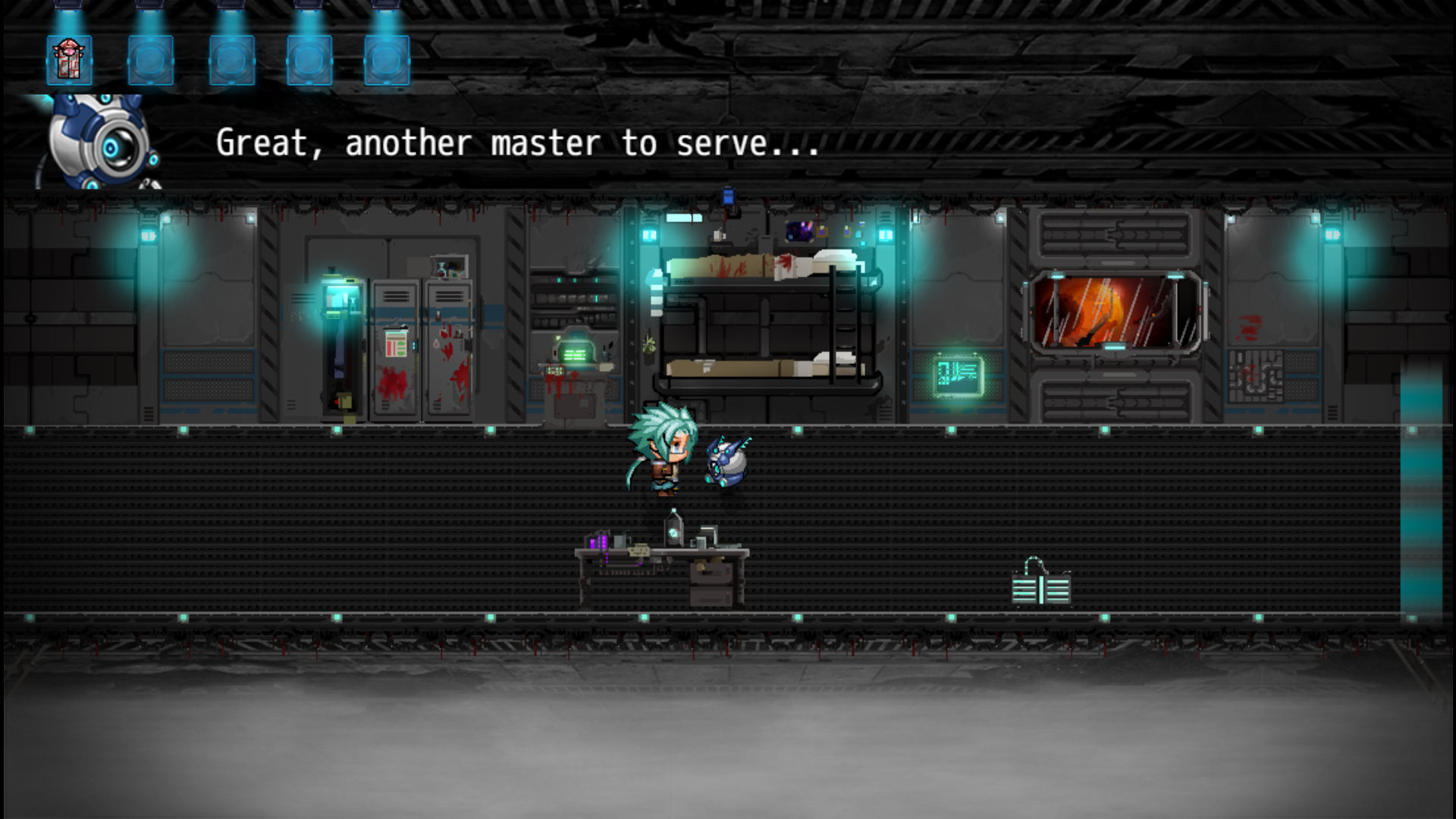 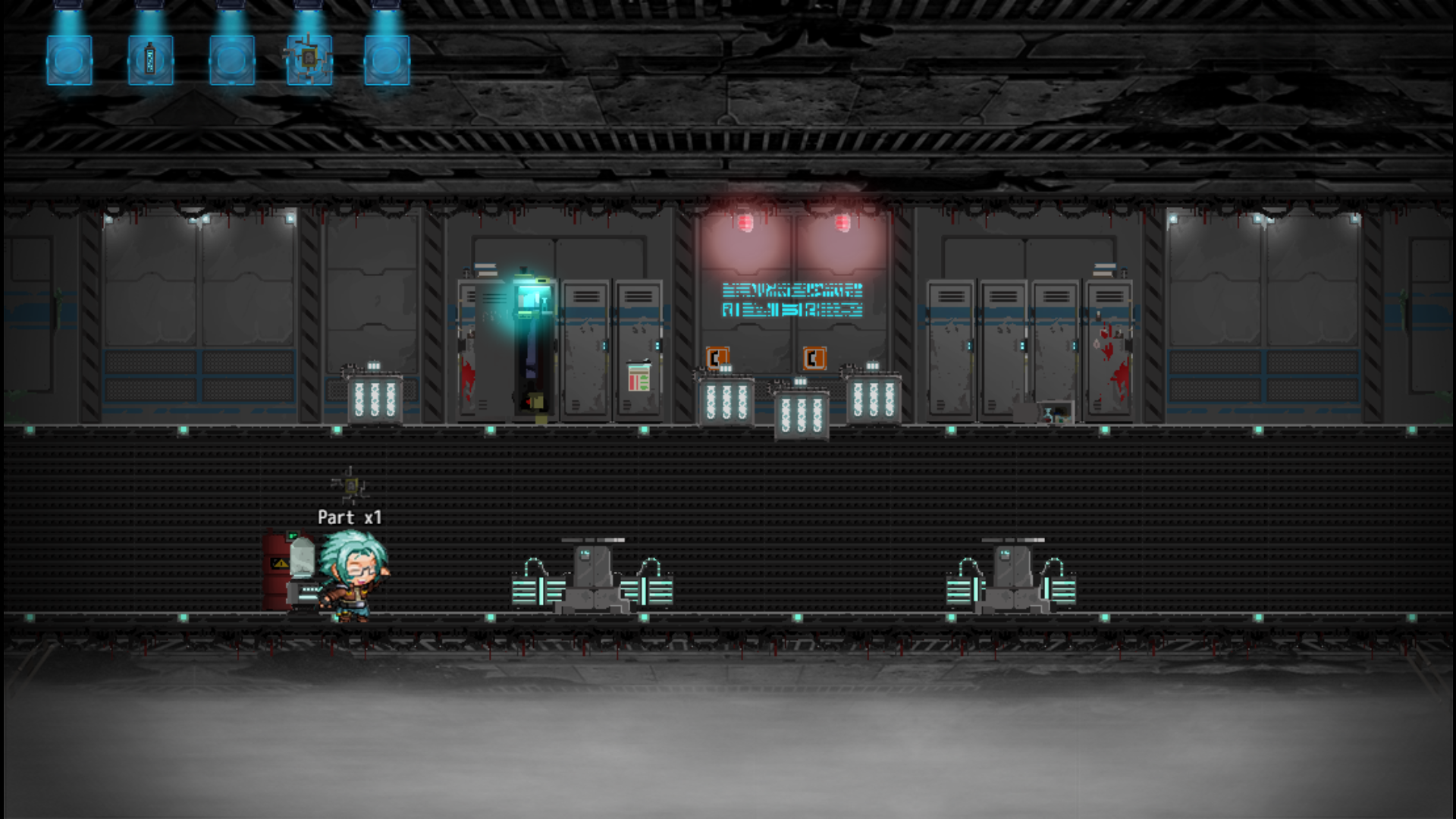 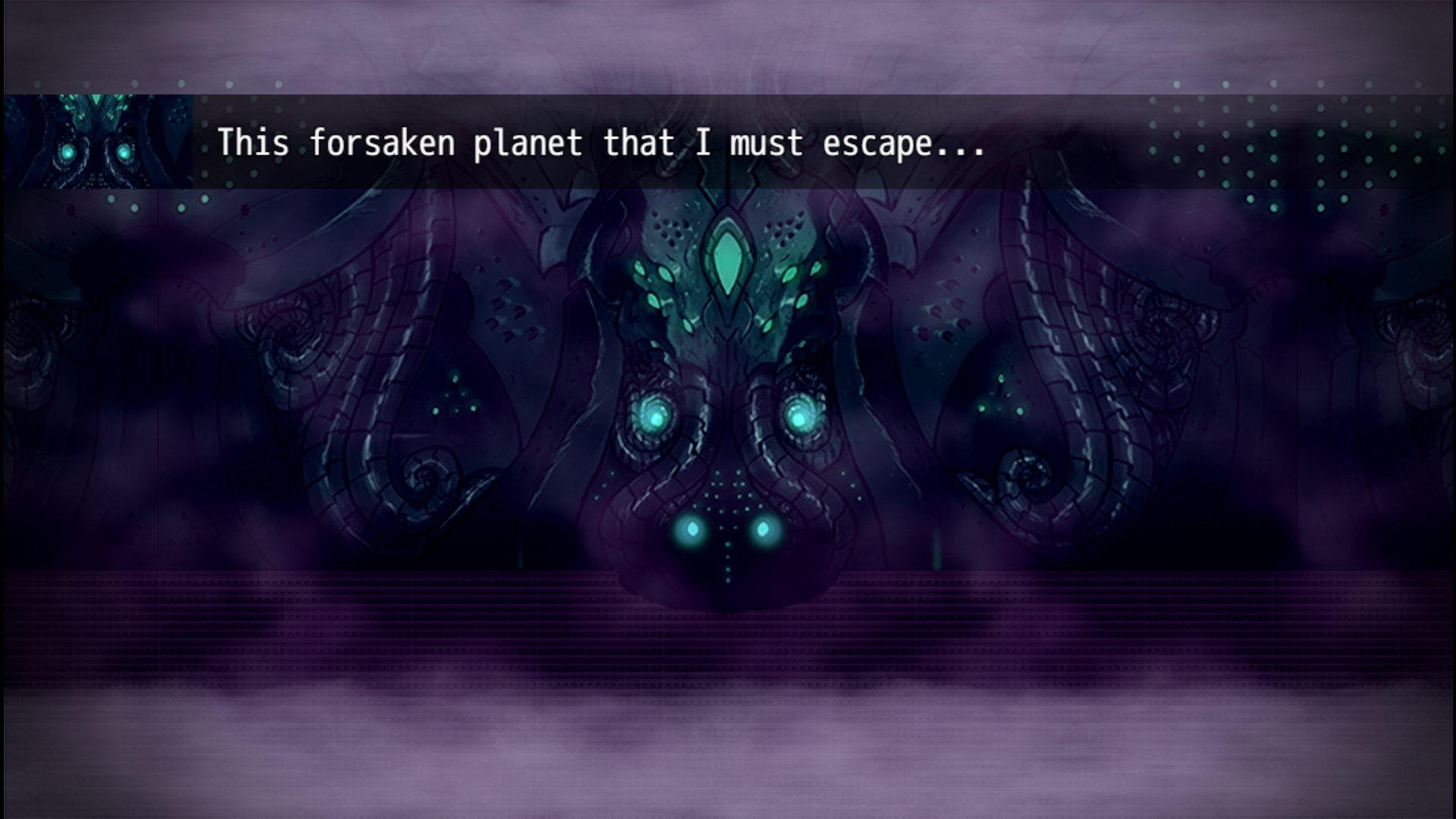 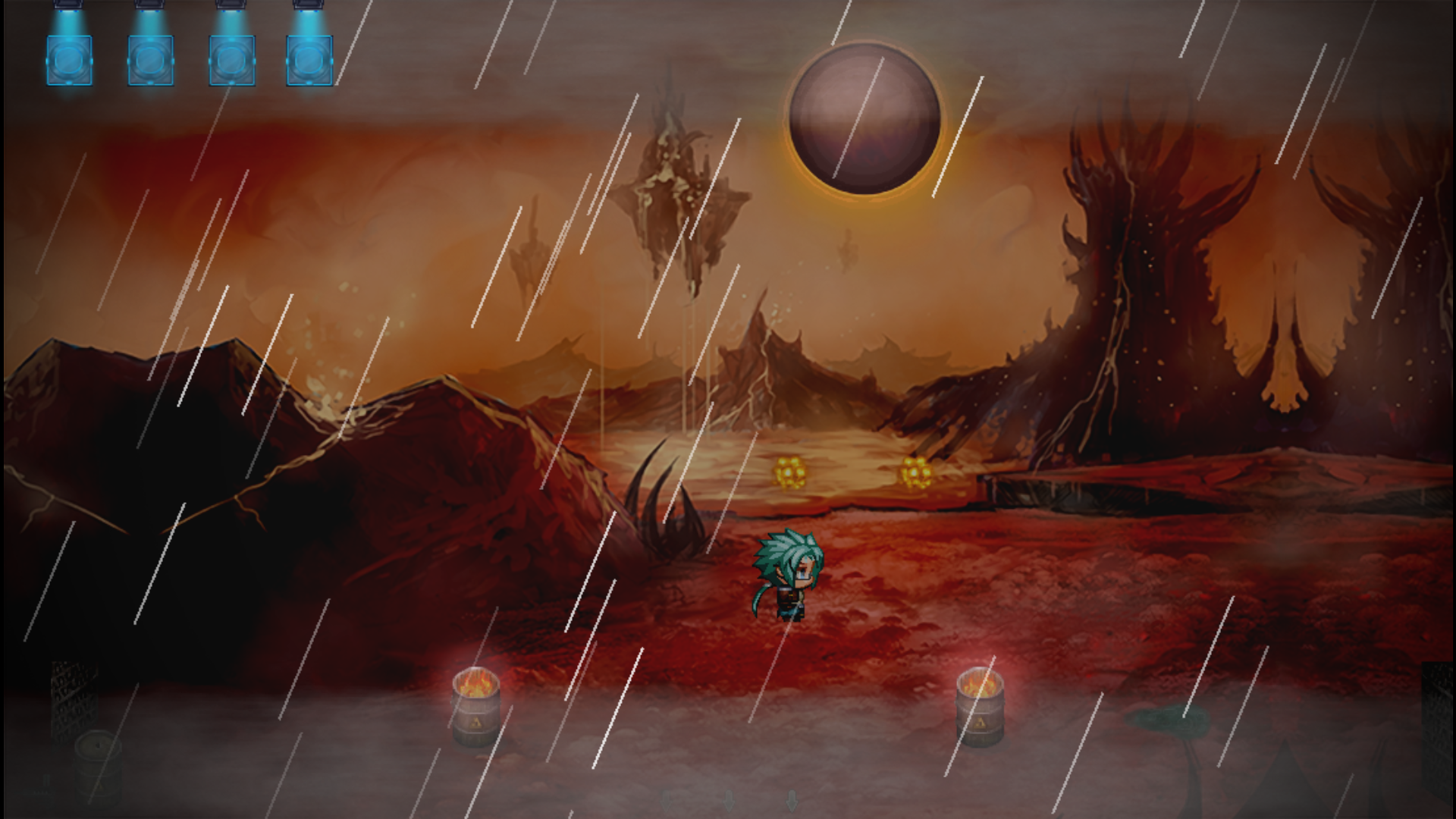 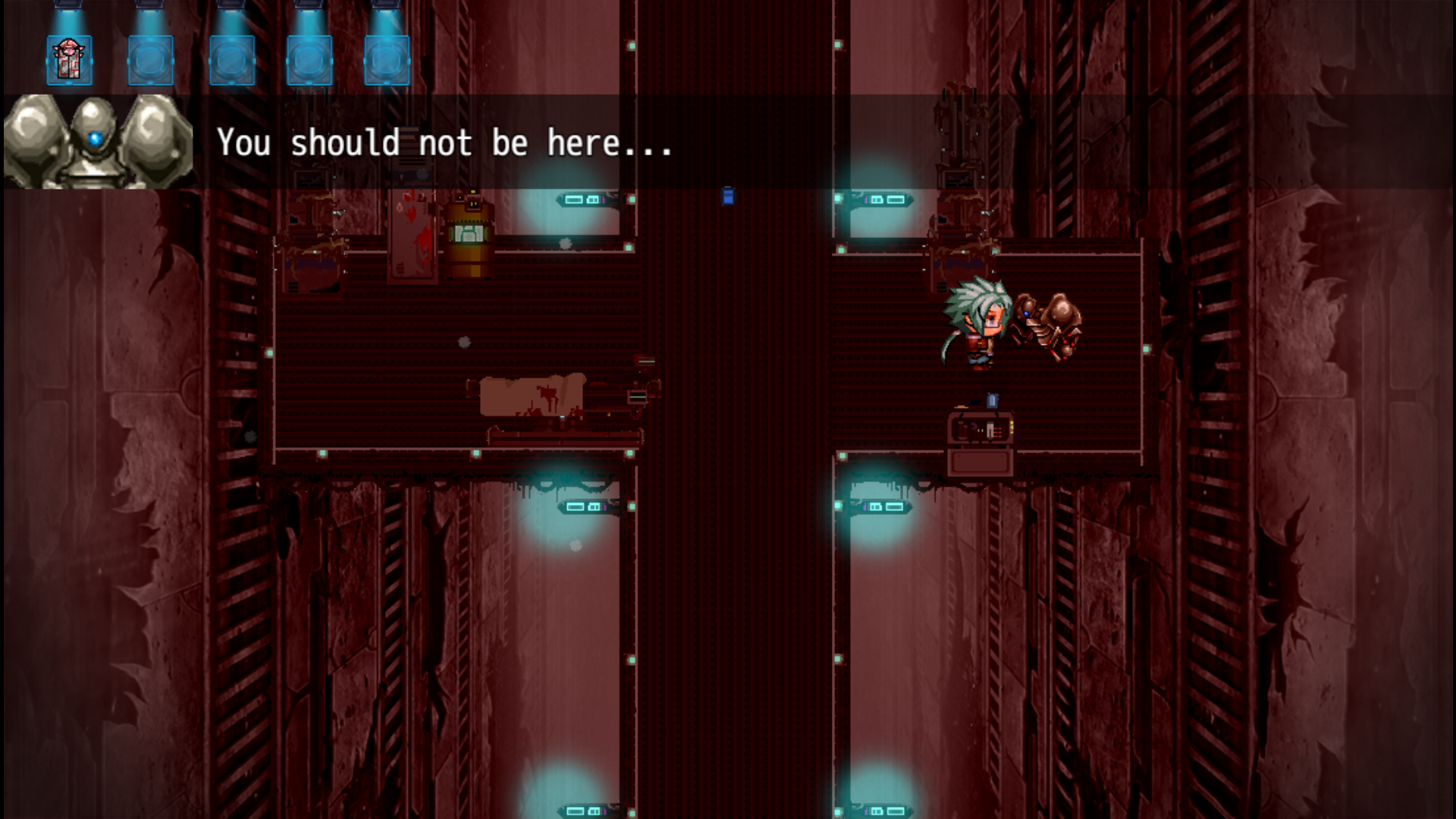 I have been working extremely hard to get a new alpha out for FOG. I am very very close to wrapping things up and this next build will be a huge update!

That's it for now, the game has come a long way and the next alpha will definitely show it!

Until then, don't forget to vote on Steam Greenlight (link at the top) and share with your friends!