I uploaded a new version of my alpha demo with new features and major changes to its content.

After getting some really useful feedback from people here and other developers I decided to make a few major changes to my alpha demo and reupload it. Here I list the changes:

Considering its just an alpha demo, the first version only had simple attacks for the starter monsters, I decided to change that and add more flashy attacks like a "Stomp" attack that hits every monster surrounding the current unit (watch out for friendly fire though), a blade attack that causes a bleeding status effect and a "stink bomb" projectile.

One issue that's apparently stopping people from testing the demo until its completion is the lack of a saving and loading system. I still need to fix a few problems but at the moment is working while exploring a scenario (I'll make it work during the World Map/overworld later).

One major change I made was to reduce the size of a few scenarios. The idea is to reduce the walking time and make the place look less empty (I still need to work more on this like adding NPCs, loot, etc. but the idea is there). 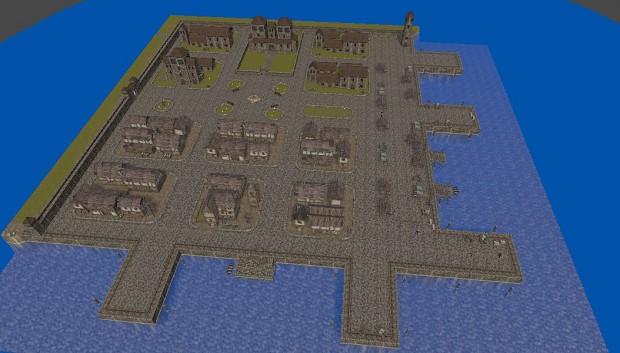 Adding to the smaller scenarios I also went through most of the textures of the game in order to reduce sizes and compress when possible. This is not only to optimize rendering and loading times but also to reduce the file size of the demo.

Get to battle earlier

I changed a few of the steps of the main quest in order to give the chance for the player to start exploring and catching monsters sooner. The idea is that the players gets to the "meat" of the game instead of be delayed by dialogue and plot points.

Of course, I also fixed most of the known issues of the previous version and at the moment I'm making a Mac build that I hope to upload by the time this article is approved. Please check the downloads section for all the versions available: Indiedb.com

Please if you have time check the demo, I reduced it size and added saving and loading mostly because I need more feedback while theres still time to make major changes. With this version I also want to show you that I do listen to feedback and apply it, its not just an excuse for self promotion.

Anyway, thanks for reading.

One bit of feedback I have from both builds, that I forgot to mention, Monster Control, feels too powerful to be one of the stats you choose from when leveling up, I don't know if that's just me, but perhaps it should simply be flat out built into your level? Perhaps it just seems that way early game/in this demo.

Now that saving is implemented, I will do my best to find and reproduce some of the crashing issues I had with the last build. :)

That's a good idea, I'll think about it. Thanks for all your feedback, if I go silent for a while is because I'll be 100% focused but I'll keep reading any feedback.

Thanks, and no worries, working hard is a good thing. :)

Perhaps have two sets of points?
One that's all the current ones (minus monster control)
And one that lets you increase usable monsters, or reserve (maybe having them separate and needing to chose might help) or "maximum large monsters" or something along those lines, some "more powerful" upgrades, so that monster control isn't just the only logical choice, but it has to be separate from the regular stats or or it's just even less reason to ever pick them.

Tiny little thing, the scroll you pick up on the tutorial island, has a scroll bar, that adds about 1 millimeter of length, I know a scrollbar for texts like this will be useful in the future, but perhaps shortening the text just a little would make it look neater.

Just walked out of the potion shop, saw the very edge of the map on the left of the screen temporarily, and it moved away, now all I see is endless blue (and the UI), no character or anything, clicking does not appear to make walking sounds.

Edit: loaded back to just before this, same thing happens no matter what, if I enter the potion shop, I cannot leave.

Would have edited the last post, but the option is not there.

Here is the map when you exit the Alchemist's House.
I.imgur.com

I've also fully crashed twice leaving the Conflux, but have not managed to connect it to a cause yet.

I'm currently experiencing a bug, in the forest area the caves end at, the one with the stone circle that you battle in later.

When I click an enemy, I sort of rub up against it, it moves it, like pushing a physics object, after about 3 seconds it disappears, the enemies were working normally and were battle-able when I entered, I had maybe 2-3 battles, then opened a chest and walked around the edge of the map (on the bottom and right sides) before noticing the issue.

Some enemies around the map are also walking on the spot.

Is it intended that stop only hits enemies up, down, left and right from the user, not diagonally? Is that not considered "around" them?

Also, not really a bug, but an issue, when moving to a monster like this I.imgur.com
You can attack at an angle, but when in range, it is more or less impossible.

A potential fix for this would be to have a movement stage and then a skill/ability stage, with certain abilities like stomp possibly greyed out in the second stage after moving.

Just walked into the warlock shop and i.imgur.com/aAZNgNz.png I can still interact with npc and the door to get out, but cannot see anything. Now its happening with monster battles.