This time around I need your opinion about two things

I've noticed that EA made a lot of icons which they never use in the PC version of the game and some of them were meant for the NOD's and Scrin's MCVs (when they unpack and repack), and for the Rig when it unpack.

I want to use the new icons for fresh change but I also notice that some players (mostly new players) may won't understand what the icon mean,

In my history of C&C games one of the things that I like was how they make good and easy UI (User Interface / Menu) that even noob had easy time to understand unlike other RTSs (and one of them is mostly StarCraft), People who used to these icons will understand them for sure but the true magic is when NEW players don't have hard time to understand what the icon mean by simply looking at it (without to read the description), Of course that nothing is perfect and even C&C have icons that unfamiliar players won't understand but at least most of them are easy and understandable.

The icons I changed were mostly the classic "Pack" and "Unpack" icons which the familiar C&C players are used to since TD, TS, RA1, RA2.

I thought that since EA didn't made icons for the GDI's MCVs then I will left them with the classic ones for the sake of nostology (Also since the GDI are the most simple army that every C&C player remember, just like the Allies from Red alert, and US from Generals)

So what do you think? you prefer these icons

Or the classic ones?

Or you prefer mixed? (NOD And Scrin have them, while GDI only have them for the RIG and not for the MCV) 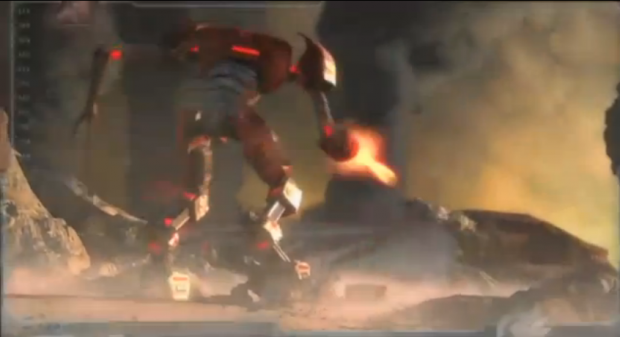 As you may or may not knew, the Purifier in ver 1.00 of KW was over power due to it's Blue flame upgrade, but after ver 1.01+ EA just weaken the Flame to the point it was a joke, So I want your opinion in this as well, What do you think is best:

1. To reduce the Purifier's BF (Blue flame) damage a bit BUT not too much like EA done

2. To make the Purifier more slower instead so it will take it more time to reach it target with the flame turret

4. To left it untouched (as it was in 1.00 and NOT 1.02) and deal with the consequent :-)
(Since in close range some units will be done for anyway... though buildings are other story)

Of course, Always feel free to tell me your own ideas

The credit goes for Google and C&C wiki though xD

So, I'll just say this. When I first played Tiberian Sun, my first exposure to C&C, I had a marginal idea of what I was doing. I felt the simple UI left a lot to be explained, and I needed to reference the manual A LOT.
The second GDI mission introduced the MCV and I missed the bit about setting up a base when they delivered an MCV for me to deploy. It wasn't until I quit the mission, started a new game the next day, and read the manual when I was told to deploy it that I understood the feature.

That being said, the deploy icon is available from a hot bar, and mousing over it gives you a tooltip assuming you haven't turned that off, I say go for it. The icon for the drone platform you show here looks to describe the intended action fully.

As for the purifier, it's a prototype of the avatar, so I think you could explain it being slower pretty easily, this also helps infantry keep up with it. The black hand on the other hand is basically made of rage and flamethrowers which I think would make it hard to explain why the flames might be weaker.

Funny it also happened to me with the MCV back then when I was kid and played TD (back then it was only known as "Command and conquer") for the first time, on the second mission I got the MCV and had no clue what to do with it and had to die several times until I figure I was supposed to double click it xD

Well my example of old games of C&C probably was wrong since the old games had less explanations about what anything do, but the units and building pictures were clear in most cases (on some other games I end up building the same thing twice since the icons were small, un-colorful, and not so understandable)

I guess that RA2 and onward were the true games that start to build the UI seriously (RA2 still didn't had explanations to units on the UI but if players played the story they should've got most of the explanation they needed... unlike certain Tibiruim's universes games xD) Generals, and TW UI was fantastic imo in terms of explanations and units pictures anyway

My experience was worse... When I started on C&C, I only had 1 disc (the GDI side disc) and no manual. My brother and I had no problem with deploying the MCV, but we did not know we could construct buildings and produce units. So we actually fought GDI mission 1 - 4 with the starting units ONLY (usually after selling the MCV for 5 additional minigunners lol!) Luckily, GDI has the airstrike, which means on mission 3, we could destroy all SAMs and hide behind a freaking large Tiberium field, then use the airstrike to "hopefully" destroy Nod's construction yard and everything else. So looking back, we were so dumb... :p

Back to your question, the Scrin deploy icon is clear enough. But I don't see Nod's deploy icon. Where is it? I'd say we can keep GDI's and Nod's deploy icon simple, as they are the human factions in the game. Scrin's flying MCV is a bit new, so may be it's a good idea to introduce a new icon.

For the Purifier, reduce the speed and lower its flamethrower's firepower such that the Purifier will survive a 1-vs-1 duel against a Mammoth with 1/3 hitpoints left. If possible, reduce the speed only so that we can still enjoy the moment of burning down whole bases like a boss if we can get close. But if doing so will result in a speed even lower than an engineer, then balance the reduction of speed and damage. In such a case, I'd favor speed reduction : damage reduction = x : 1, where x > 1.

Eh eh, seems like we all had our bad start with C&C ;)

Thanks for your opinion, I will test the purifier to see what fit best from what you recommend,

Added the other icons

Regarding the icons you've added, I think I'll still go for GDI/Nod use simple icons and Scrin uses new icons.

It wasn't like the older games. In TW/KW, we have actual ability buttons for the deployment action. Such buttons are rather big and therefore hard to miss, for new and old players alike.

I vote option one, and i hope u mean a bit, like a small bit, no need to kill the guy :) u can also adjust the BF upgrade cost to match the change if deemed necessary.

Yea I may do that, however the Flame tank have more damage than the Purifier when it have the BF upgrade (though it's HP and armor is too low for it to survive like the Purifier ;) ) but it still worth the cost, so I need to see if it fit