As the old saying goes, you've bitten off more than you can chew.' To which we reply: 'swallow it whole.'

Creating Natural Selection 2 was a risk, and an immense challenge. Combining two genres, Real Time Strategy and First Person Shooter, is difficult. Not only that, but creating an entirely new engine, Spark, for it all to run on added layers of complexity to the development.

The challenge has been met. Two factors have led us to this day. The first is the drive, skill, determination and dedication of the founders of Unknown Worlds. An entire company was built around this game. The second is the incredible commitment and support of the Natural Selection community. You funded it, you tested it, you submitted content, fixes and ideas to it, now you are telling the world about it.

Ten years ago a game tried something different. Exactly one decade later it will be back. We hope you will join us in welcoming it into the gaming world.


Now, it's lock-down. Only polish, bug-fixes, and usability changes are going into the game. Cory is hard at work on a release trailer, to stand along with the Gorilla and Exosuit videos. Charlie is putting in balance tweaks and help systems. Max is cranking on performance.

Pre-Purchase Natural Selection 2 and receive a free upgrade to the Digital Deluxe Edition! 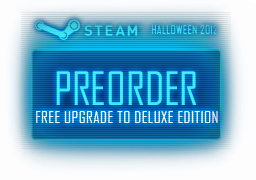 Almost 1 hour of tribal, industrial music composed by David John and Simon Chylinski.
This includes all the music from our trailers and videos.

40+ pages of concept art by Cory Strader, including environments, creatures, weapons and more.
Cory discusses the process behind designing the unique technological/animal look in the game.

Community artist Rantology created some of the best and most unique views of creatures in the NS universe. Custom Steam avatars complete the package.

A new marine model with custom visor and equipment makes you look distinctive in-game.
Existing owners of the original "Black Armour" marine will be able to choose between any models they own.

Note If you have pre-purchased Natural Selection 2 previously (Black Armour Beta Pre-orders), you will receive the upgrade to the Digital Deluxe Edition.

Not ready. ~ Having played every latest build, it's been getting progressively worse in terms of performance, even on a decently high end rig.

It needs at least a 300% performance increase by the 31st to be reasonable. Can you manage?

I Agree ^ I Have a weaker System & My performance isn't what it used to be, though gameplay is still manageable.

Why would you demand 90 FPS, when you can settle with 60?
Also, drop the SLI excuse, it's not working.

SLI is wroking if you force it. I see my GPU's sitting around 50% each.

I also turned off every setting to low and my FPS did not increase.

Only game with these issues.

Also, the game doesn't look good enough to warrant this performance. No offense.

New rendering features have been introduced over the past 6 months.
If you see a decrease each time then you clearly need to knock off the new rendering options that your system can't handle yet.

Turn off ambient occlusion (High shaves off a good 20fps there abouts), toggle the multi core rendering option and perhaps disable atmospherics.
Turn on texture streaming and set texture quality to medium if it's on high.

That's... not heartening in the least. I was just about to maybe finally pre-order this. I have a middle of the road rig, with my AMD 6650 doing the majority of the workload in concert with my 6 gigs of ram.

That said though, I'm fine with 40 FPS. I usually function fine at 20. I never noticed the difference with a few of my games when I upgraded, but still if you need top of the line then this game may drop off my radar.

With everything off textures on medium I get 45-90fps

I also previously ran the 8800GTX with similar fps on a 2.4GHz QC before multi threading was put into the engine.

Alot of builds ago. But the graphics have not improved much.

I'm sorry, but the game looks nice, but around 2008-2009ish. I realize you're indie and you made the Engine from scratch

But regularly my CPU usage sits around 30-40% and GPU around 50-60%, while I have as low as 30FPS. This is even if I lower the resolution, and graphics setting, my FPS barley raises a few FPS.

Infact, when I lower them, my GPU usage does go down to around 10%, but performance stays nearly the same. This has been across two formats, two full re-downloads, and multiple driver changes of which I cleaned thoroughly.

Clearly optimization is needed, heavily. This could break the game.

Red Orchestra 2, on release, had terrible performance. But 6 months of patches and bam, systems that could not run it before, now can @ medium with 40-50FPS. And that's UE3.0! Known for optimization!

So I'm just saying guys...I know you wanna keep the release date...but is it worth potentially destroying the game?

Would you e-mail our engine programmer max @ unknownworlds.com with your experience, he would like to hear from you.

Hopefully this means that the problem is going to be looked into. I absolutely love this game, but like the other guy said, the performance has been steadily dropping with builds. I really hope this is sorted out before release or i'll be very disappointed. I can run Borderlands2 on highest resolution, highest graphic settings, with anisotropic filtering and have no issues. Please look into this, thanks.

Honestly man, I think that, seeing as your GPUs and CPUs usage goes down when you lower settings and your driver re-downloads and all that, there is either a problem with one of your parts or SLI is ******* it up. SLI is notoriously evil, and you really shouldn't use it if you can avoid it. A single 670 should do well with the game. Do note that I haven't played the game, but based on what you are saying, I have a strong feeling that the engine/game is not at fault here.

Single GPU or multiple, this issue persists. SLI has come along way from what I used to be.

If you SHOULD indeed play it, then you would see. Granted, they still have to the 31st...but seriously. If you check their forums, people with like a 7970's and such can barely play the game.

I will try emailing the engine programmer, but I am not so well versed as he, I imagine, I could tell him very little.

But my issue is the maps are smaller than Counter-Strike maps, the graphics look good, like a PC game should infact, but let me be perfectly honest - Metro 2033 runs better than this, and that is saying alot, considering what a mess that game is, performance wise.

I can forgive this quite abit though, due to their small time and yes, crazy idea that they should create a Triple AAA Engine without the funds to do so. :P

Not to mention, server performance affects YOUR performance, which I have NEVER seen in another game. For example, say you go to a high end server run on the best possible rig - Your FPS will be alright

But say someone is hosting on a slightly aged rig - which should completely be capable of hosting a dedicated server; your FPS suffers because the server. I have never seen that in any other online game.

And alot of servers...do not run well. You have to restart them every 3 hours or even the best of them just end ups low and laggy.

I know it sounds insulting, but I can't imagine this game is ready for release by the end of the month.

The UI for players has improved alot, but the menu layout and UI is still archaic.

You have to mind that you are Splitting up your Pcie lanes when you go for SLI, reducing the data rate.
Try it with only 1 Graphiccard. Maybe it's not good optimized for SLI. Try NVVIDIA Inspector and set an FPS limiter to around 40fps.

I get double FPS in every game,.

And yes, this by default does not have SLi, but enabling it, I do get a slight boost.

Still, performance is terrible. Single GPU or both, it's crap.

So, I bought the twofer thing way back around xmas a couple years back. Do I or my other friend get the Deluxe Edition?

Oh well, I apparently got the free deluxe edition on Steam as a gift.

I would say too, that it isnt ready still. The performance is on the right track but not near on release ready state. I have bad system as i play on laptop and i need to play on 640p whit everything off to get the 40fps<, but still on latelate game for example other team trapped in their base when the sprites and effects go wild i get nasty fps drop that lowers gameplay experience drasticly.

As ns1 plyer since ver 2, i would love good performance in order to pull every skillmove and aiming that this game requires to play good.

I wont go on balance because i have just 30hrs of beta played, but performance is awful on lowmid tier pc:s.

I still hope that you will continue to improve the engine whit the current workflow AFTER the release!

HOPE TO SEE YOU AT LAUNCH!

Dunno what you guys are talking about. I got a 2.3ghz quad-core computer, 4gb RAM, 2gb graphics card, i run the game smoothly at an even FPS. I got medium textures and all settings on except AO, reflections and texture streaming. FPS is around 30, which i admit is about half of what is standard, but to be fair you could never tell the difference if it was 60 (video cameras record at 24 fps).

One thing i find strange though, is that when i spectate (with the camera chasing other players, before spawn), the fps is at 60, but once i spawn, it goes down to 30 again. Maybe it's something about the UI?

Don't perpetuate the stupid rumor that you cant' see more than 30FPS.

Human eyes see in light, there is no max FPS. 24FPS is just what is required for us to see in fluid motion and movies use motion blur, excessively.

Haha not sure if troll but for example in order to play this game competitively it just simply CANNOT HAPPEN IN 30FPS. It is too low, and doesnt allow such accurate aiming that we saw whit gold source engine. Ask former ns "pros" and they would ******* laugh if they had to play whit 30fps.

Optimization is a beautiful world ("hakuna matata" timbre, just do it).

dont do like the futuremark "Shatter Horizon" that release a unplayable game, do it right.

All our play testers have a varied range of systems, we have low-spec testers of course.
There is still lots of optimisations to come.
I ran through some tests late last night and here is what you generally need to do as of version 222: