Do you remember our awesome horse model? Now it has some great animations too. I convinced my friend Jeremy for this task, he redid the rig as well. The result can be seen here, looks almost alive :)


It's also a nice thing the horse isn't a mere prop but an interactive NPC ^^ His kicks aren't lethal because I'm implementing this more like fun element than a serious threat. However, imagine there's a precipice at the horse's back and no alternative way is available, oh noes. Well, hope you like this detail, lot of work has gone into it. And yeah, you want to ride it, sure ;), but that's something not even planned to be honest.

A few well known maps are getting updates too. El Paso has been optimized more again. A new entire building adds extra routes and blocks visibility at same time. Framerate is pretty stable on most areas now. 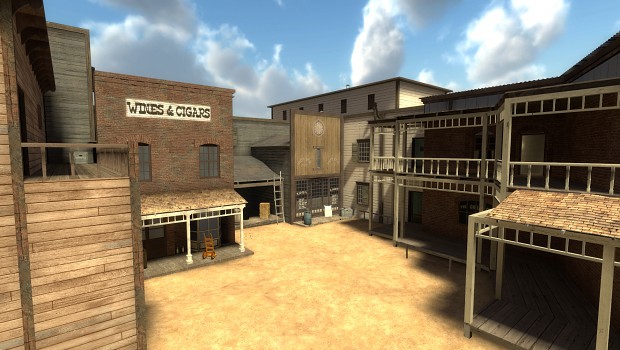 Desperados level was a tad hard to navigate. Now we are adding a game mode which is really exigent with navigation, so many new passages, ramps and doors were implemented. A few ladders were removed due same reason. It's playing great in our tests! 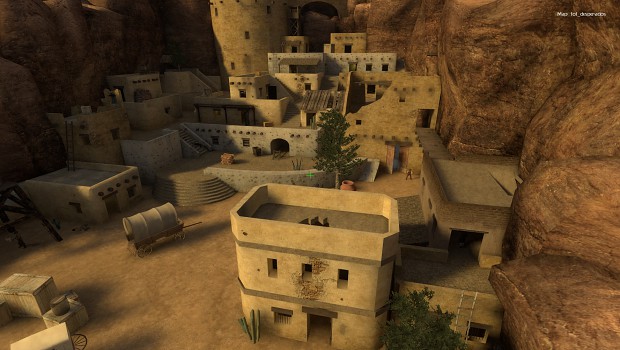 I wonder if we'll ever get to ride it.

this mod just getting better and better :)

would be sweet if we could ride them around.

Best map for rideable horses would be the map with the train that goes around the map. It's gigantic and fits the theme perfectly and something like that is in almost every Western film. (guys on horses chasing and shooting at a hijacked train or whatever)

That has to be the first mod with a pooping horse I've ever seen. Way to go, pushing the realism to the next level :P

don't get me wrong, i love what you did here guys, really GREAT work!!
but i couldn't help myself and comment on the horse;
-it's head is way to big, it has nearly the size of its body!
-and the animation of the guy who is kicked by the horse is zero, he just flies back standing straight up. why did you choose for this and not that he falls on his back or side or whatever.

when do we get fof on desura?

As soon as 3.5 final is released, but a private release candidate version should come during the next few days if everything comes well. The last step in our playtesting process.