This is time for some news for you ! We think its good news, today you will see new toys of destruciton and more !

Our team were working hard to show you best models they can create, as leader of team I'm proud to show you all what we created so far. Here you have some new models of Mutants Buildings. 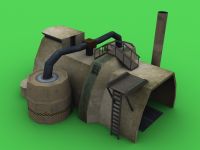 Refinery:
Mutants living in red and yellow zones needed proper structers for refining and storage of tiberium, therefore they developed their own equivalent of other factions refineries. In comparison with enemy structures there is, hovewer, an improvement in design - Mutant refineries have an infantry bunker which can be garrisonned with one squad for defence purposes. 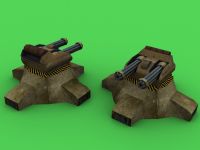 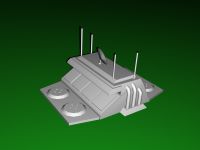 Now its time for some Infantry. 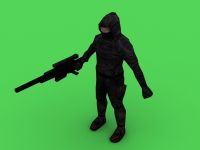 Selig:
Little is known about this warrior of Forgotten. Selig is one of the best stalkers trained according to the Code of Honor. He often wanders through the yellow zones of Europe hunting trespassers who dare to enter the territory of Forgotten. With his eyes enhanced by mutations he can shoot even fast moving firehawks and with some C-4 he can destroy any building in seconds.

Selig is Hero of Forgotten subfaction 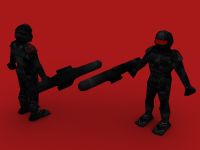 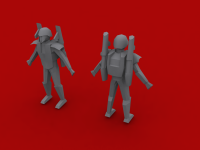 Plasma Assaulter:
Plasma Assaulter (Squad) - only the elite of Stingray Soldiers advance further and enter the Plasma Assaulters Unit. There, they encounter further combat education, months of gym and shooting range training. After passing it all, they receive heavy armour and twin plasma cannons along with reactor powering their weapons. However, Prospectors don't make the mistake of the other factions. Their armour, despite being heavy, is not an exo-suit (that's the reason of this gym training), which in composition with physic form of these soldiers gives them good movement comfort and allows them to garrison bildings. However, this means also, that they can be squished like ordinary infantry. 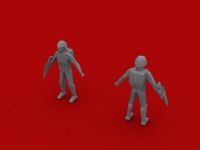 Soldier:
Soldier (Squad) - "In Tacticus Prospectors there's no place for us, fanatics" - these are words of the Nod Militiant, who was asked about the assignment of the amazingly well equipped soldier who was staying 10 metres away, and who seemed to be a kind of commando, while, in fact, he was the basic infantry unit. Soldiers of the Prospectors are the selected units after very harsh combat education program. They are Recruited from the ones of militia, who seem promising, or even from outside of Brotherhood, under two basic conditions: extraordinary physical attributes and rationally-instinctive thinking - units who "think with heart" are rejected without any chances of getting only that lowest position in this sub-faction, because Tacticus prospectors Military Force is a kind of regular army - "there is no need for fanatics, only the real soldiers are essential" - these are the words of Brother Nikolai Thernavsky, the leader of this sub-faction. Anyway, these units, after this training, are equipped with newest types of light armour and Steyr AUG A3-ICS assault rifles, which despite being an old construction, still have better parameters than the grimy descendants of the M4/M16 family. 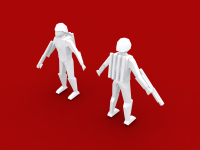 Stingray Soldier:
Stingray Soldier (Squad) - This Tacticus Prospectors infantry unit replaces Rocket Squad. The combat education program of these soldiers is extended with SAM/AAM-163 Stingray missile launcher handling. For this purpose, only the physically strongest recruits are chosen, because their weaponry is rather heavy and longer running with some Stingray missiles on the back doesn't seem to be a piece of cake. This unit is aerial-interception only. However, they seem to be doing their job perfectly, because the SAM/AAM-163 Stingray missiles seem to be having longer range even than Devastator's plasma disc battery. 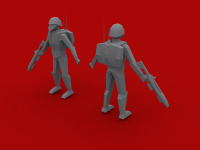 Technical Infantry:
Technical Infantry (Squad) - Any proofs for genius of the Tacticus prospectors training designers? Of course their unique Technical Infantry, which makes the battlefield look differently. Some of the soldiers, who have appropriate IQ and are interested in technics, except of additional combat training hours, encounter minor technical program, which includes computer systems capturing and repairing every known structure (and some universal properties if they encountered yet unknown one). This training, however, excludes bridge sabotaging and taking control of damaged mechs. They also seem to be able to mend any damaged land vehicle on the battlefield, but this information has not yet been confirmed. Their standard rifles have been replaced with plasma shotguns and helmets are improved with building interior model and damage analysis device. Armour has also been slightly improved. Reports show that they are encountered in squads of three. There have also been rumours that they are extremely hard to scare stiff - for multiple times they were seen nailed, and in that situations Technical Infantry Squads sprinted madly to the nearest War Factory... and a few minutes later they driven out in a vehicle the most appropriate for situation. 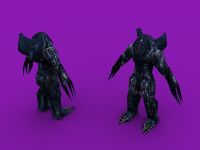 Reaper:
Reapers are stronger ones of Scrin units which were sent to Earth to completely annihilate its citizens. However, after first aliens' attacks on Earth, these units were immediately disactivated and hidden deeply underground in tight cocoons. Now, when Scrins are uprising against people, these units are awakening of letargy. Resistant to weather conditions, they're ready to attack and destroy any obstacle on its way cause they are equipped with unknown biometal blades what cut even the thickest armours, and with ORG cannons what cope against each kind of infantry.

Available only for Scrin Awakened

After Infatry its time for some vehicles 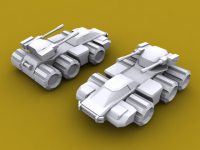 Gun Truck:
Gun Truck is anti-infantry and anti-air support unit. Due to its minimal cost, Gun Truck can be built in large numbers. It's only available for Iron Fist! 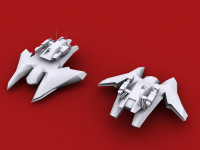 Prohpet of Armageddon:
Prophet of Armageddon - Armed with dual Phalanx particle cannons with high rate of fire, this Prophet is (also because of it's monstrous shape) even more ferocious look on the battlefield than so famous Prophet of Light, because despite being weaker against vehicles it is the real apocalypse to the infantry. And all that just because of it's rate of fire and low energy consumption, and so on, no chance of overheat. Although it's drive is antigravity, it's not faster than prophet of Light, because of it's weight which is almost 43 tonnes. 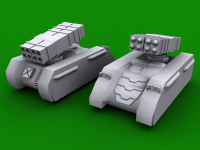 Dragonfly G:
As other armies, Mutants have artillery unit. Dragonfly G in contrast with GDI Juggernaut is very fast, and has very long range- even more than Nod Beam Cannon! 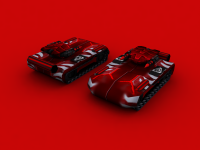 Prohpet of Light:
Prophet of Light is an advanced anti-vehicle unit of the Brootherhood. The Majority of Nod's sub-factions have this vehicle in their armies. Confessors of Nod created this to stop Mammoth Mk.III attacks. It's weapon is a double-laser cannon. One Prophet can destroy about two Tier III vehicles (for example Mammoth Tanks), but in group they are almost unstoppable. They are strong versus other vehicles, but Infantry and Air units can easily defeat them. GDI still don't know, how Kane gained such attack power as Prophet of Light.

There is a little bonus, two renders of civilian buildings. 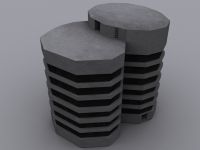 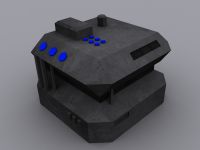 And some screenshots in-game 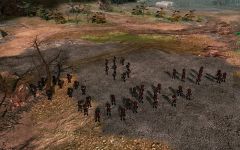 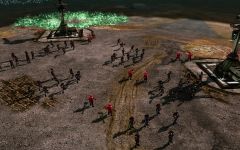 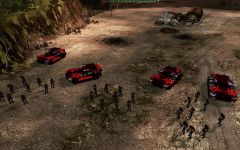 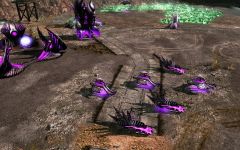 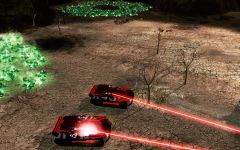 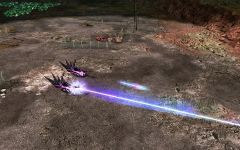 everything so far looks so bad ***

I like evertyhing ! especialy Gun Truck and Scrin reaper