Today we want to share with you some awesome new images of Panhard AMLs that Illness88 has been working on for us.

The Panhard AML series of vehicles were perhaps one of the most popular armored cars to be produced. They are used by armies all over the world and have seen plenty of action. There were many versions, the most popular version probably being the AML-90, heavily armed with a 90mm cannon. Another common version was the AML-60, armed with an unusual 60mm mortar/gun. 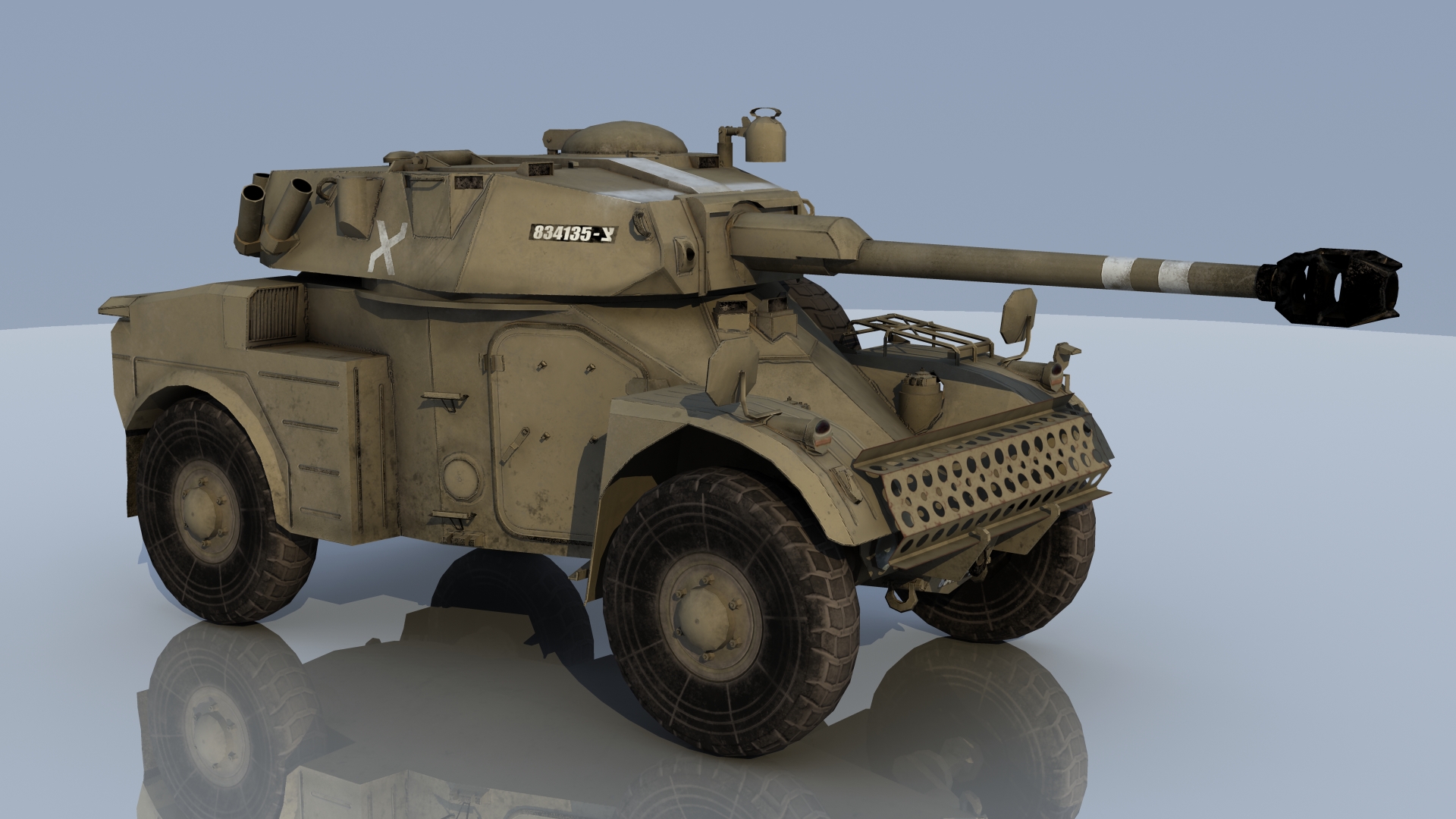 Illness88 and his brother originally only planned to make and Israeli AML-90 for our mod. They did an amazing job but they didn't stop there. 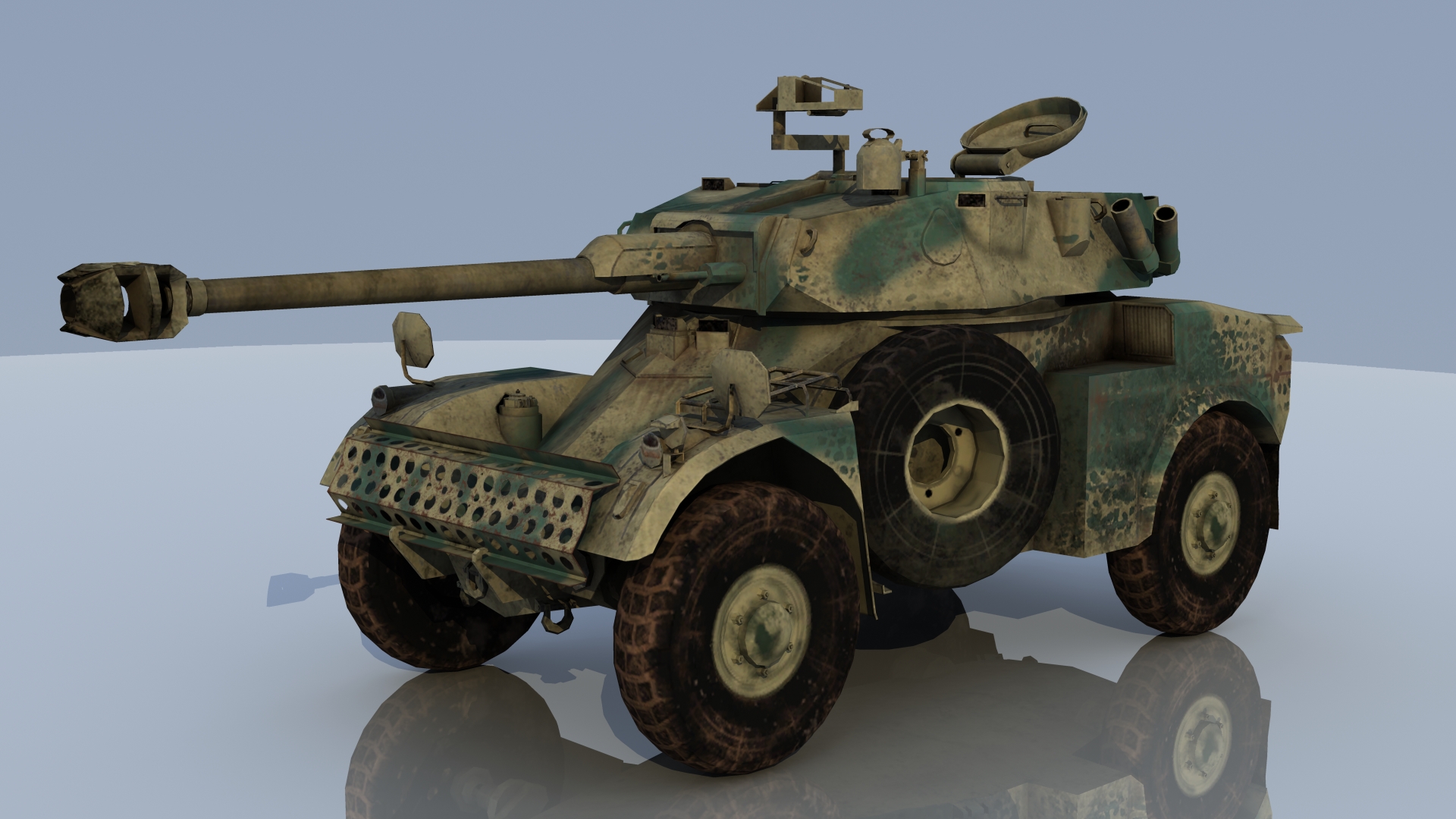 When we decided to make an Arab Expeditionary Army faction, Illness88 really out did himself and made some spectacular AMLs for the Arab Armies to use. 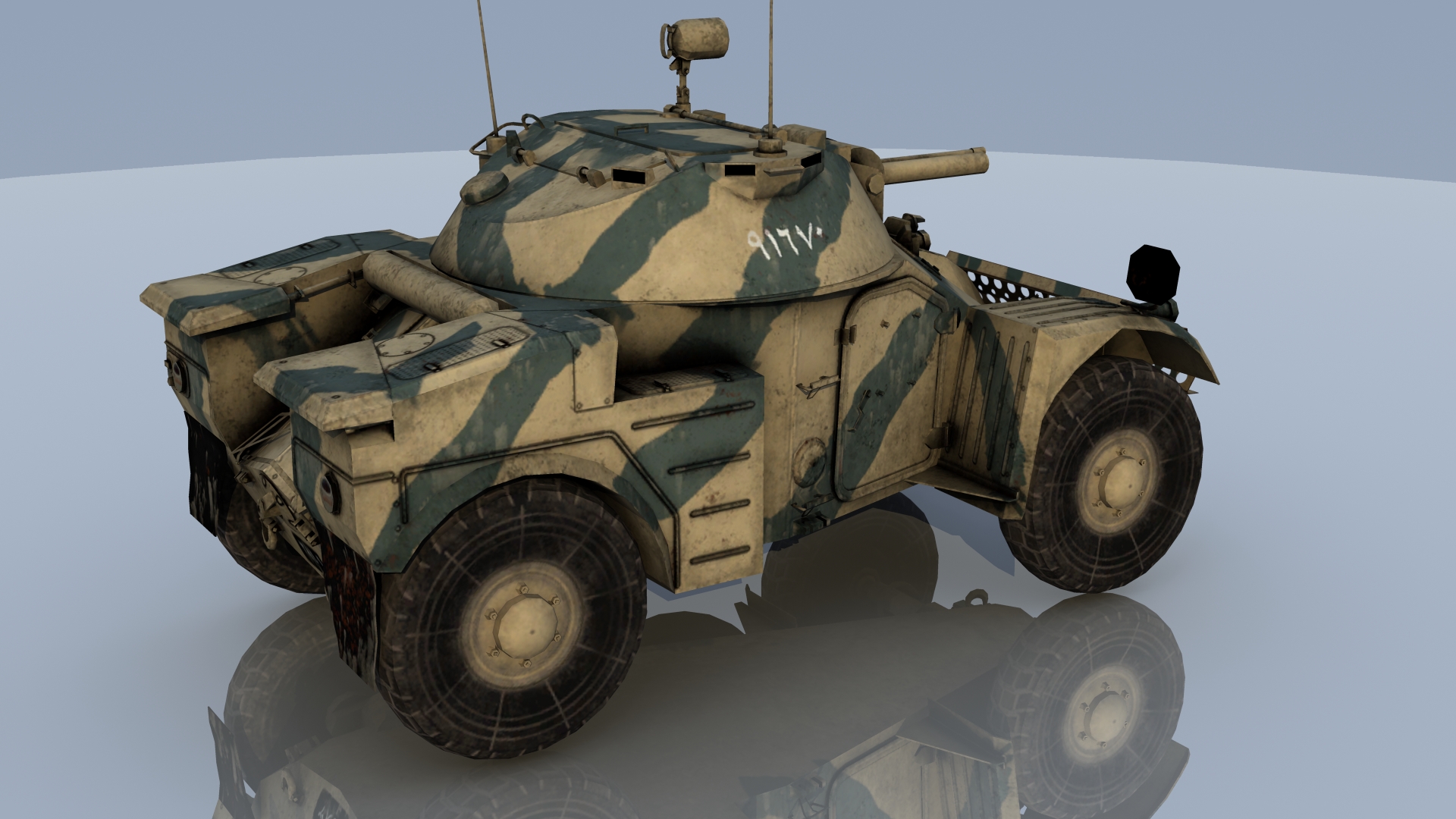 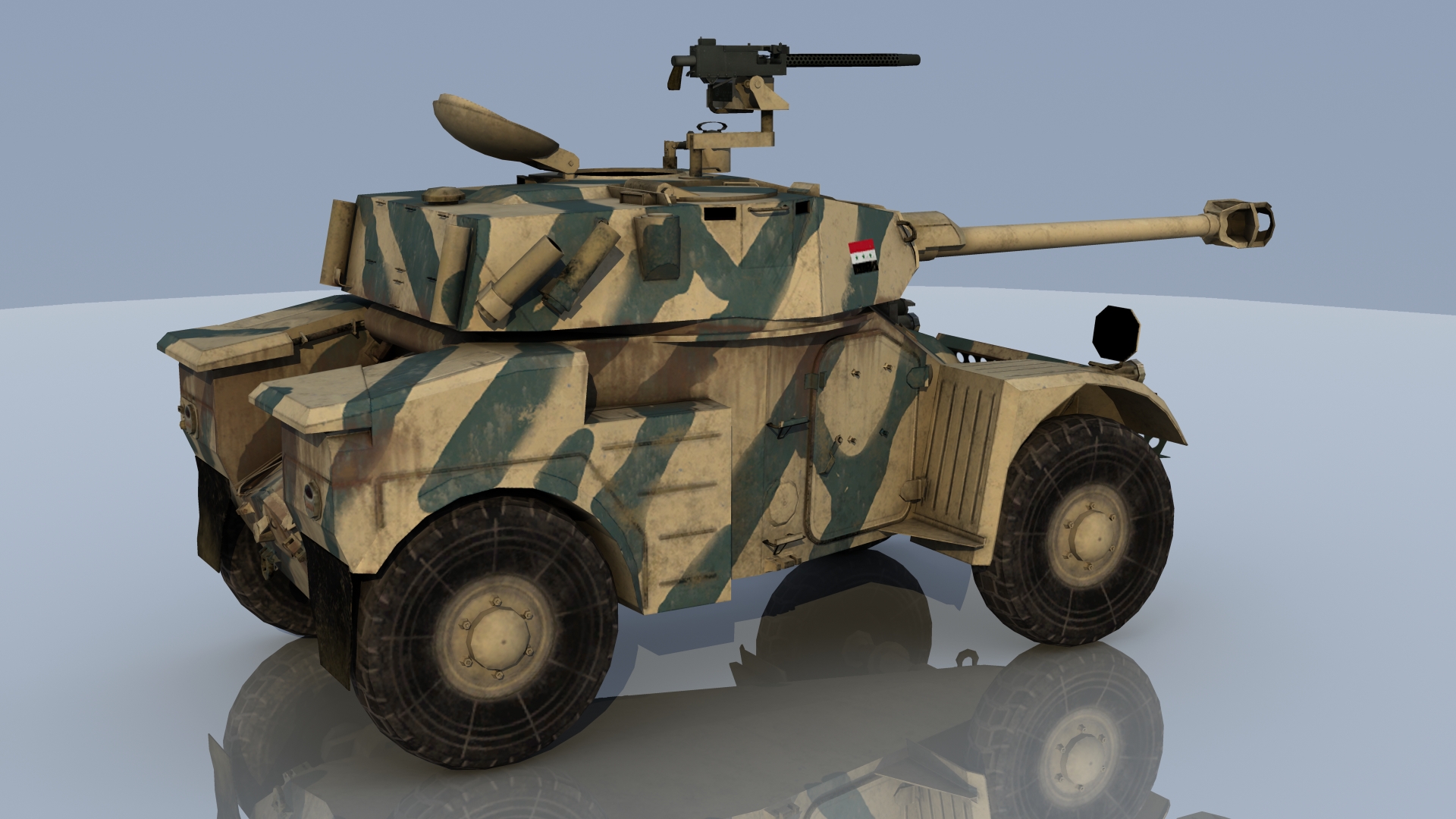 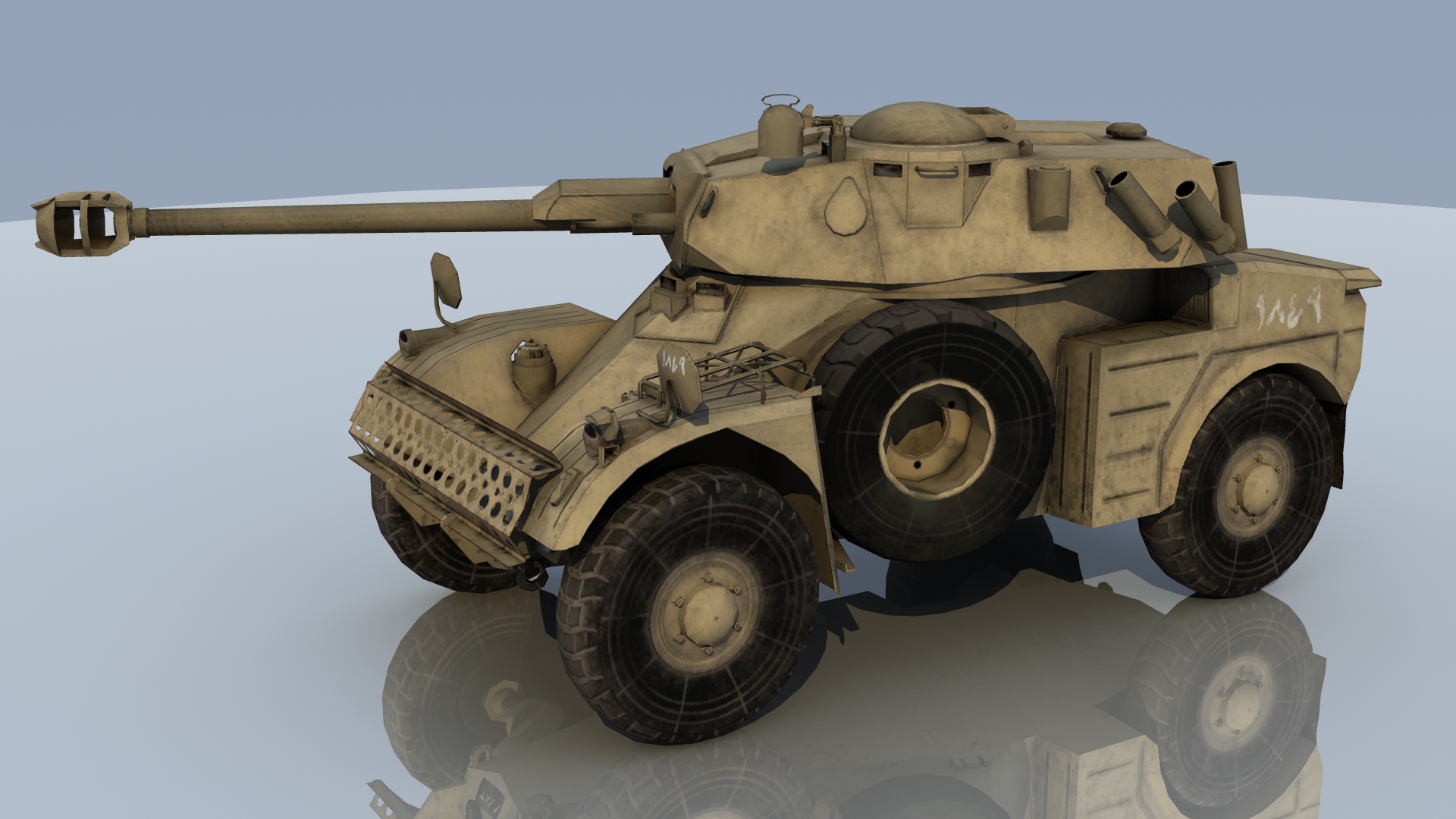 The Arab Armies AML's fought against Israel mainly on the Syrian front during the Yom Kippur War. They performed well when used in their intended role as scout/recon vehicles. They tended to very poorly when fighting tanks, a role they were never really intended to perform.

So look for these awesome AMLs in our next release along with a lot more new content.

one of my favorite units in wargame. Your 3D model looks better btw.