In gameplay design stage, we found that although keep dodging from tons of obstacles is already exciting, we want something with additional fun: players should be able to attack and clear the obstacles in front.

However, if players need to press specify button for attack action, it will be too harsh to control, especially when you need to keep the movement of spaceship at the same time. After some discussion within development team, we decided to let the spaceship attacks automatically with specify frequency. Players just need to tap on the screen for controlling the spaceship dodging and attacking direction at the same time. (Yes, keep the control method simple.)

In order to provide more variables in game, we added 4 different functional crystals, which will appear after breaking any giant raw crystal among the rocks. Each functional crystal provides players special ability with limited effective time. 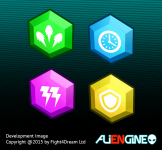 These 4 special abilities are: 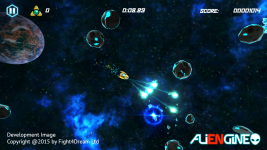 Time Freeze: Everything
within the screen except for player spaceship will got freeze in limited time. 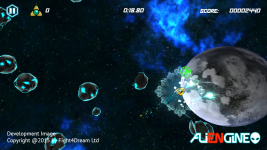 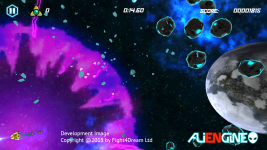 Energy Shield:
shield generated and protect spaceship from any collision in limited time. 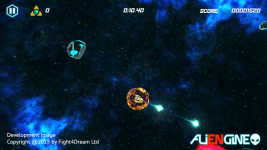 Our game will have even more interesting elements to play with;
don't miss our news update in the nearest future. See you all.

Thank you very much for your support.

1st stage on iOS but also target for android platform later, thank you.