Read more abou the steady progress of Frontier for Skyrim. The past month has been great and productive!

September was very productive and work progressed rapidly on the mod. Sometimes I really get exhausted from modding, and take long breaks with other games or just watch Let's Plays on YouTube, but pretty much the whole of September was filled with daily work on Frontier that was fun, challenging and really rewarding. I am seeing the light at the end of the tunnel now, actually, and Frontier's first Beta is on the horizon.

The first armours are in. I've dressed the three border legions stationed at the border in the north in some sexy Roman legion material created by Aremeta and Ali Bengali. This armour, coupled with some more medieval pieces by Baraban has made the Legions look like something that the real Roman legions might actually have worn if the Empire had survived into the Middle Ages. There is more in that department to come, of course, but it isn't really time to be adding armours yet. I just added these first ones for the pure fun of it.

A lot of landscaping has been done, as usual. I am pasting every tree, every rock and every little bush by hand. Nothing in this mod will be generated. Everything will be placed with a purpose. It takes a whole lot longer, but it's worth it. I'm building my own realm here, and I wouldn't think of generating any of it. Keep patient. The first beta will be released when the landscaping as well as interiors are done.

In the meantime, and while I continue to paste trees, take a look at these screenshots of this month's progress. You can also read my Frontier Development Blog where I have almost daily updates on Frontier and some rants about modding in general. 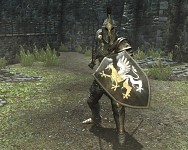 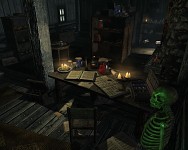 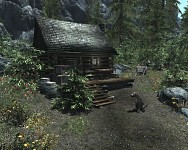 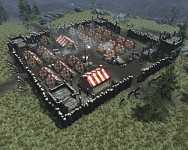 The roman empire did survive into the middle ages...

Maybe edit it then?

Whyever would I do that? There's no reason to go into a digression about the history of Rome on a fantasy mod page; the fall of Western Rome and Byzantine history. Most people think of Rome as it was during its height with Caesar, Augustus and Trajan, they think of Gladiators, togas and Cleopatra when I mention Imperial Rome, and most people can relate to what I mean when I talk about the "the Empire surviving into the Middle Ages" and just mentioning Imperial Rome creates certain images in peoples' minds.

I just want the text to be 100% historical correct, i guess i got issues...

By the way, amazing work :)

Naah, you ain't got issues, for the fall of the Roman Empire is the most debated historical topic in western history. I bet you've read it already, but for anyone else with an interest in the area, I can recommend Gibbon's Decline and Fall of the Roman Empire, written in the 18th century, actually, which is a great beginning for those who want to learn more about this topic. You'll also learn a lot about 18th century thinking too, since the author is really modern with some surprisingly modern thoughts and opinions.

Amazing work! Thanks for sharing it :)

Thanks. Soon you'll be able to go there too!