Hey eveybody, This month really flew by. I’ve had a few IRL things that have been taking up a lot of my time and some of these have been harder to ignore, so I’ve been a little distracted this month compared to before.

This month really flew by. I’ve had a few IRL things that have been taking up a lot of my time and some of these have been harder to ignore, so I’ve been a little distracted this month compared to before.

Early in the month I released the ‘Prison Shootout’ video which people really seemed to like. I anticipated that I would spend a lot more time working on A.I but the truth is that I haven’t, I’ve found so many other issues to sort out that I had not planned for. There were a few issues, some noticeable in the video, such as how the A.I never reloads. I also could never die, even though my health was 0 at one point, so I decided to fix this with a basic death / respawn screen. I also then realise that the Armor that Jake was wearing never took damage, which ended up being one thing after another to fix. The problem was that after fixing this, then if you took damage by entering gas clouds or falling from a height, you would also lose Armor. I thought this was a little unrealistic so the Underhell damage types received a bit of an update to fix this. I can’t believe I didn’t think about this earlier.

A ton of other tiny fixes have been made and I’ve continued to try and make the overall experience better both visually and mechanically.

I’ve adjusted the spawning behaviour to be more dynamic, this system matches the original game a little better – but uses some UE4 magic to help identify spawn points for AI that are more suitable as well as using the navigation mesh to find ideal points for spawning. The original mod used fixed points throughout the map whereas the new system is much more navmesh focused so I hope it will make things a little more unpredictable. 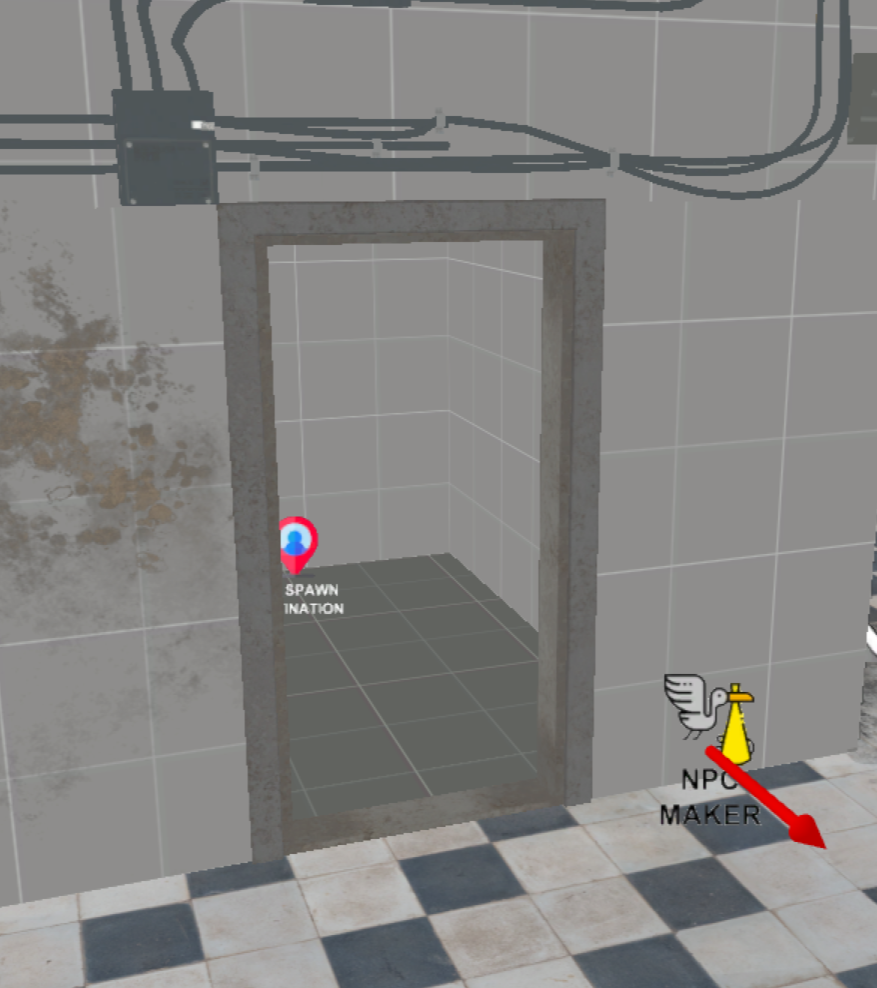 That’s not to say that the old system is gone completely however, as I still needed the fix point spawning (with randomisation) for areas such as the High Security Block cells, so that Infected are able to spawn inside these areas when required.

Whilst working with Infected spawning, I wanted to try and add configurable behaviour & spawn variations, which sounded like a great idea in my head – “only a quick addition” I said. I later regretted those words. 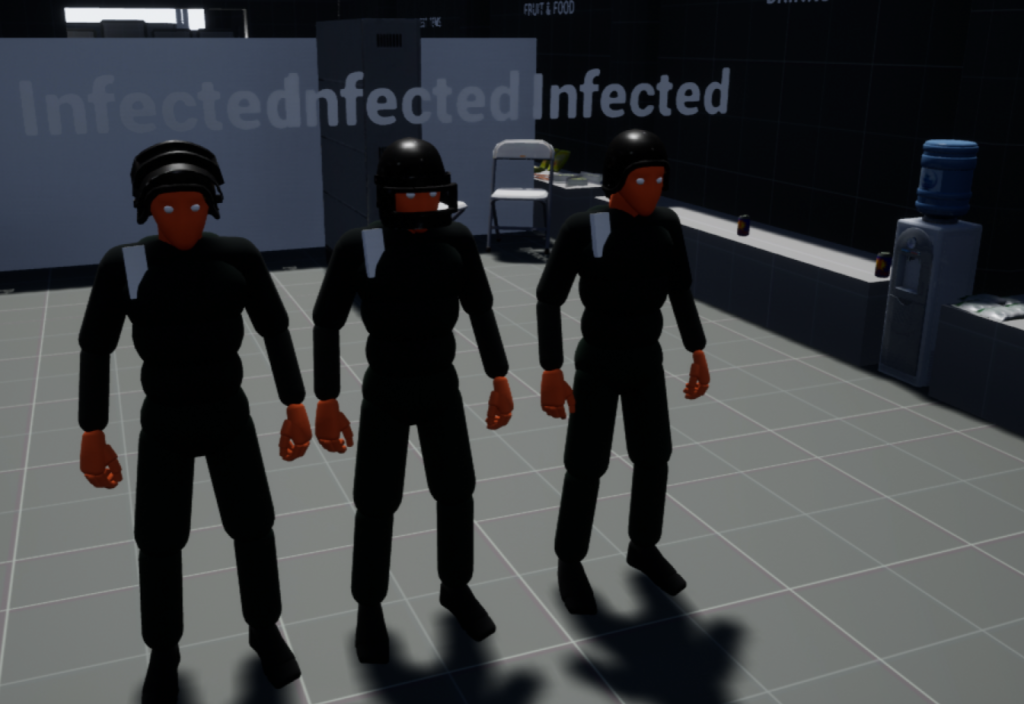 After a bit of a delay, I managed to add the configurable helmet spawns to certain types of Infected. This wasn’t as simple as gluing a model to their heads, as I have decided to opt for a ‘Character Attachment’ system to support things such as general equipment (Flashlights, GasMasks etc) to ballistics equipment (Helmets, Armor pieces, Blast Suits etc)

I’ve started to make this system in the hopes to expand it in future, so that giving AI the ability to attach equipment to themselves may allow for A.I to react (if intelligent enough) so that if they encounter something such as poisonous gas – they will react to it and equip their gasmask to continue to engage you in combat or just simply retreat.

So the image above shows enemies who are wearing ballistic helmets, which all have configurable penetration values. This allows for weaker weapons to damage them until they break apart, or powerful weapons to penetrate the metal and instantly kill the person who is wearing it. I don’t have any dismemberment at the moment, so you can’t scalp the enemies in order to regain a piece of Armor, so I added a little bit of a delay to their death sequence so that the helmet just ‘rolls off’ when they die. So as long as you haven’t damaged the Armor, you can pick it up. This will do for the time being.

I will look at full body Armor in future for enemy soldier characters, this will mean that you would have to be more precise with your shots taking care to aim away from the vest which will absorb your bullets and look for weaker points on the enemy.

Speaking of Armor, this is slightly off topic, but at some point I’d like to try replacing the Armor system used by Jake. This would be to replace the ‘continuous helmet pickup’ joke. 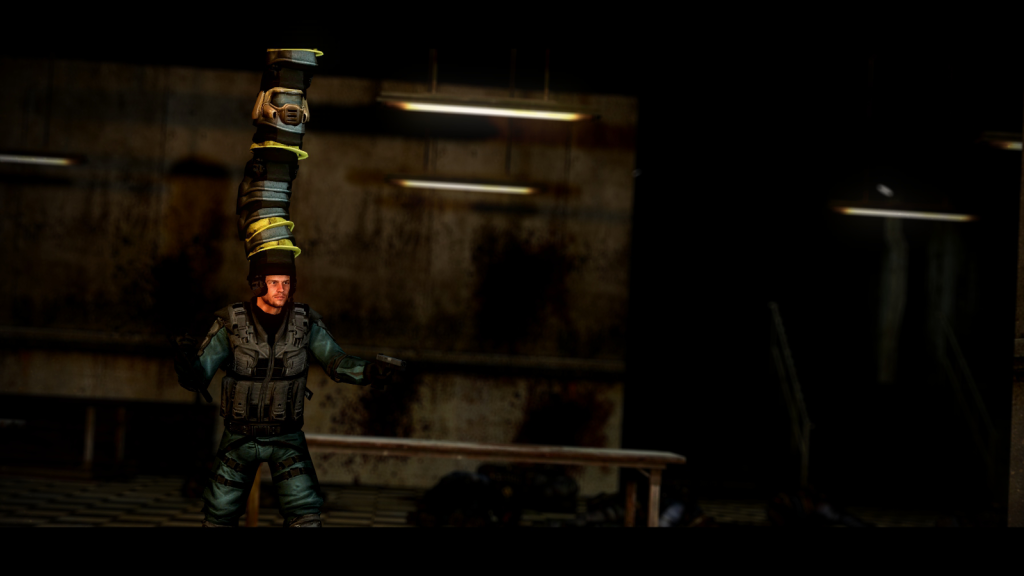 The basic idea would be to have body Armor split into different types, you can only have one Helmet but there are different types, each offering different levels of protection and new helmets can only be swapped out in favour or better ones or ones in better ‘condition’. This would also enable me to ensure that if you took a shot to the body, that you won’t just ‘lose Armor’ and would only lose body Armor condition. This is not something I’m going to worry about at all for the time being but I just felt like mentioning it here. I’ll discuss this again in future if it comes up again.

I’m holding a few new additions back from public viewing for the time being, as I’d like to let you experience it for yourselves when they are ready. So I hope you can forgive the rather light update this month.

Moving forward into December, things will undoubtedly get busy (as they do for everyone) but I will continue development (I’m in a high lockdown zone anyway so It’s not like I’ll be going anywhere)

I Hope everyone is keeping safe and happy. I’ll hopefully try to post during December, but if I don’t I’ll make sure there is at least one for the end of the year and I’ll see if there is anyway I can make it more interesting than usual.

Thank you we will try our best :)