Some progress was made this MPR, a little more then last month, but...

Hello all, it's that time of the month again. MPR #6 is here and it's not all bad news. However there was a drag on progress this month. This was mainly due to some new classes I am taking that have large assignments due at the end of every week, I have found myself working more on them during the week and having less time for CI.

Anywho, as I said in the summery we have some progress. Ill start off with the more complete map, the Underground Bunker map. After reading some of the suggestions from the last two months I decided to add a bit of detail to the maps as far as the physical layout of the floor: 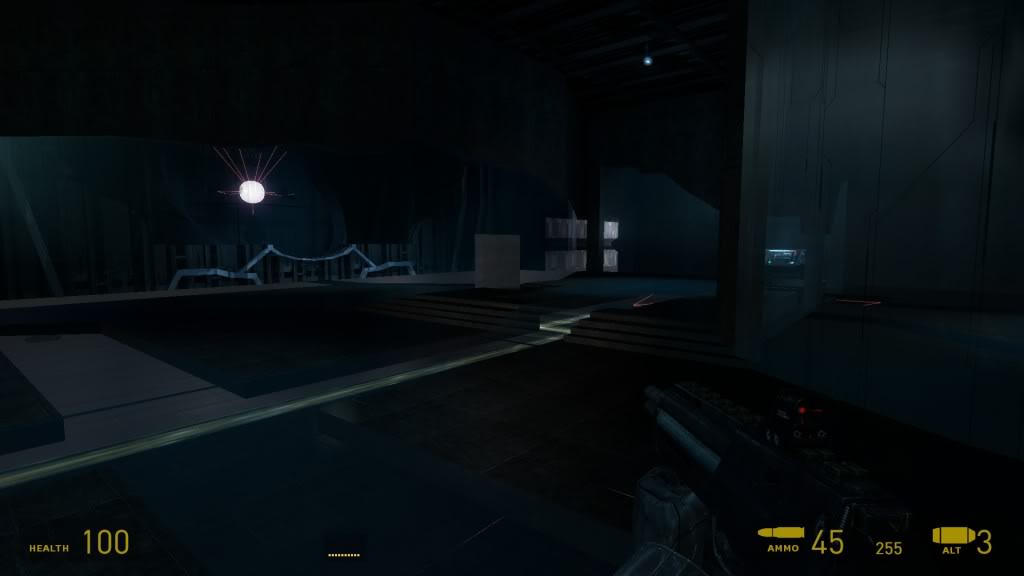 I raised the middle section here and moved the laser consolidation pit (kind of a corny name) more to the center of the area. You cant really see them from this angel but each door now has some stairs built in front of them. I am still working on the spacing, I was unable to make it through the doors and up onto the raised area due to not having enough room, so this will likely change by the next update. 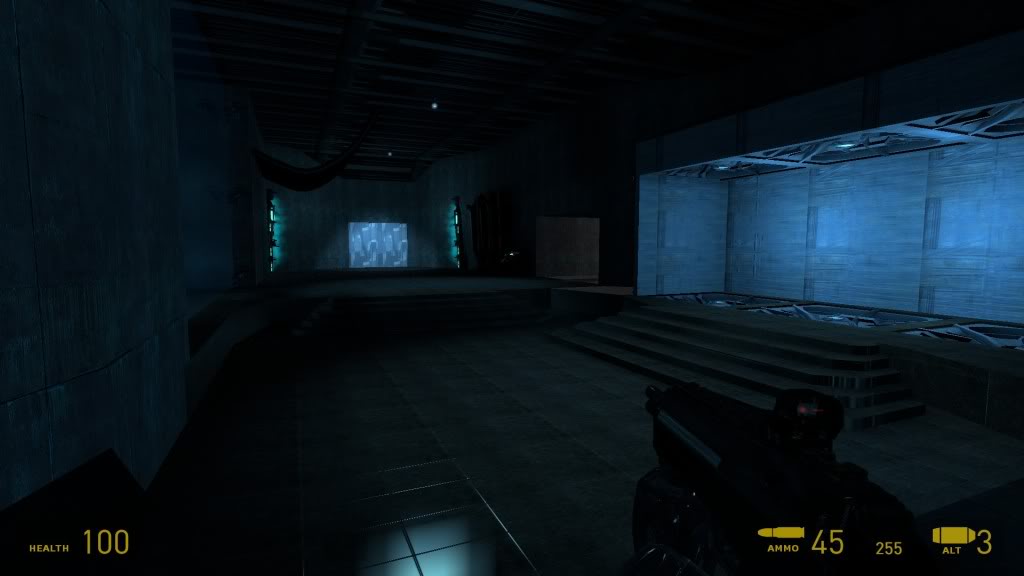 Here is where the main work was done this MPR. I hollowed out a large section of the floor here and added in stairs. The area you see where the wall goes all the way to the lower floor will have significance in the final version of the map. 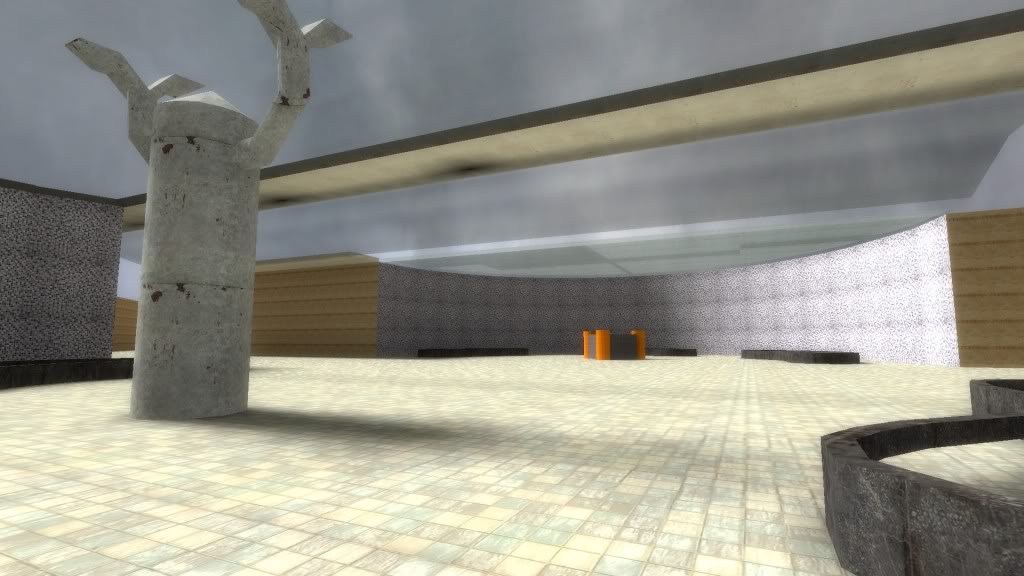 And last we have the new mall map. It has not changed much from last month. for some reason (probably because I func_detailed it) the water vanished from the pools and caused some other interesting texture problems. I will probably be doing more work on this map this month then on the other one as it is fairly close to being done (I would guesstimate 78% to 80% done).

I have begun to brainstorm some ideas for our HUD, if I can get our texture artist to work on anything we might have that to show off next month as well. More info on that next update.

if the water vanishes it means you have a leak or brush error, the last picture seriously needs work on it, i advise not showing it again until a huge imporvement has been made.

when water is missing then you will have indeed probably a leak, just like Mrksmt9 said. just load point file and you will see the red error pointing to the leak, (can also be caused by a func brush of some sort, or trigger that has his center point outside the map. center point is not the right name but its that round thingy (blue dot) inside the brush. forgot the name for it right now. (point of origin?)
and the last screen is indeed quit empty. i'm sorry, but that one pillar with those 'arms' on it looks a bit like something you made just to fool around a bit with the option of making pillars.
please don't get me wrong, i like the other screens very much, i just tell you how i see things.
please build on, it does look promising!!

Water can be missing for other reasons than a leak. If you are using expensive(reflective) water in the same portal, and have them on different planes, then it will cause issues.

ie. make sure the top of the water is on the same height as all others.

Ooooh, lots of improvement. The combine bunker looks pretty complex and definitely looks like something built by combine. Very good work on it. The mall still needs a lot of work, but it seems like you got a nice layout, and that's good. Keep up the good work.