It’s taken us a bit of deliberation and lots of polling to get to this point, but we’ve decided to load Half-Life 2: Episode Two content into Modular Combat.

It’s taken us a bit of deliberation and lots of polling to get to this point, but we’ve decided to load Half-Life 2: Episode Two content into Modular Combat. This means that we’ll be able to use the new baddies that were introduced in Episode Two and some of the cool new content.

There are drawbacks, of course.

You, the player, will need to have Episode Two installed to play the game. This fact is the very thing
that has stopped us for so long – but we feel that it’s come to a point where most all of our players own The Orange Box, and already have access to the game. If not, you can buy Half-Life 2: Episode Two for $14.99 USD on Steam.

That being said, we making an effort to let our beloved server hosts have the choice on whether or not they want to disable Episode Two content (our reliance on it being very small at the moment). I can’t really make any final decisions here right now, but I assure you that it will be very easy to disable the new content, if needed.

Matthew has taken the time to write up a short feature on how the Mod Fidelity team develops Modular Combat. This article is geared towards developers AND casual players. Go hop on over and take the time to read through.

(A bit of a spoiler: we’ve provided a FULL CHANGELIST for the upcoming release near the end of the post!)

I’m afraid that we can’t give you a specific release date yet as we still have a little bit of things to do with the mod – but over the next few weeks, you will definitely be hearing a lot more from us! I’m talking screenshots and movies and all different kinds of media and interviews. 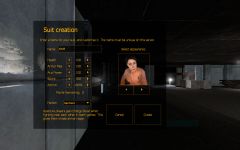 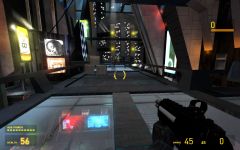 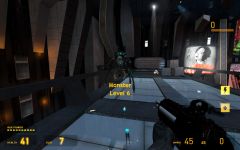 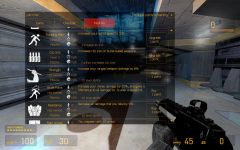 So stay tuned and, as always, thanks for reading!

Looking good, Im glad to see all of these new additions, I really am glad to see Ep2 exclusive and Ep2 Exclusive content in modular Combat, Another great step!

Thanks for your support - the development team is actually playing through Episode Two again just to see what kind of stuff we want to put into it. It should be pretty fun.

I doubt there will be any official servers that have no Episode Two content, but we will definitely be giving people the option to do this.

nice, cant wait till next update

Can't wait to see you on the servers!

I'm very happy with this, with Episode 2 you can bring a lot more content in.

I think so to. I found that most people said something to the effect of, "Well I have Episode Two, but I'm sure there are people who don't."

if you dont have ep2 gtfo, no one likes you.

I wonder how many players will actually have problems with this (would be an interesting statistics for many mods to know what percentage has HL2 but not Episode Two).

I do believe this will prove to be a good move, however, with how much you will benefit from the additional resources.

Thanks. We did carefully weigh all of the options and decided that we could benefit short-term from all of the immediately new and available resources.

Nice work on the ingame menu's, they look very easy to use.

Your right! Andy (FTWinston) did a fantastic job designing these.

It could be easier for those with only EP1 to host their EP1 only servers, like how Obsidian Conflict has a "mount" menu for players to choose which content to activate.

The only thing that is gonna be different is the npcs, props, and textures, as EP2 contains more content from that section.

But maybe MC could have a "Classic" mode, where both EP2 and EP1 players can play in Classic maps that uses generic content from both sdk, thus allowing a generic development for modules, etc.

This could be definitely an option - but it's not something we're considering straight away for Modular Combat. I would rather make all of the content available to the player without them having to do any extra work and leave the "big decision" up to the server admins.

Isn't my type of mod at all, but the gameplay mechanics look great. I can somewhat see the menus being simple and user-friendly which is a bonus. But let's just hope and I quote these "Relentless Fanboys" can actually play it.

Aww, thanks for the compliments. I do hope you try out the mod once we get it up and going - if you want to, you can hit me up on Steam!

That concern is a little presumptuous. It'll work regardless.

You see, even if you buy a copy of Half Life 2 or HL2:ep1, you get the Orange Box Sdk free to download. It's under the 'Tools' tab in Steam, you need to downlaod it manually. Valve posted this bit of news in an official Steam forum not too long ago. Everyone who owns those games gets a copy.

You don't even need to own HL2:ep2. The SDK is all you need.

You would be right if they were just using engine bits. But they're mounting actual content from Episode 2.

The reason why we're mounting Episode Two is purely for the assets that will become available to us when we do it. Because one area we sorely lack in is the assets, having all this new content available to us is going to be a great boon.

So whe are forced now to buy games...

Or you could just do what Minuit said and not play it, but proceed with whining on various forums about how much that sucks.

I do agree that this is going to be a drag for some of you. I'm going to try to come up with an idea to make the transition a little easier for some people.

Not good.. please use source sdk base orange.

I'm sorry you feel this way - but we weighed all the benefits and have decided that it's in our best interest to use the Episode 2 assets. I hope that you're able to pick up and install the game and come join us!

Sorry, If you can, just save for Ep. 2. We(The team) are trying to be clear that the mod wouldn't go much farther without it.

I don't have ep2 :(.I guess I'll have to think about getting it now 2 mods I like the look of require it.

I think its awesome to include new content from EP:2. I dont see why anyone would not have it, the majority of people i have spoken to have got the Orange Box package and something. The price of EP:2 has gone way down and the game itself is really good. I don't see why people dont just save up a little while and get it.

Dec the almighty commented our little ol' mod? Nice. Haha, Thanks for the support!